Winter Wedding with a Horse Dr..

What two souls become intertwined, connected together through friendship and faith, well, it’s a beautiful thing! The joy shows and I think that Morgan & Gary’s session on the lovely Tybee Island just shows their love for each other in a gorgeous way!

from the photographer: “Morgan and Gary are high school sweethearts, both from Savannah GA and soon to be married on Sept. 28th of this year. They are genuine and natural and deeply in love! They both wanted an engagement session that represented a part of their story…so we went to a cove on Tybee Island that they used to visit when they lived in Savannah. Morgan’s family owns a business nearby. Morgan and Gary are the coastal dream couple and embody so much joy in front of the camera!” 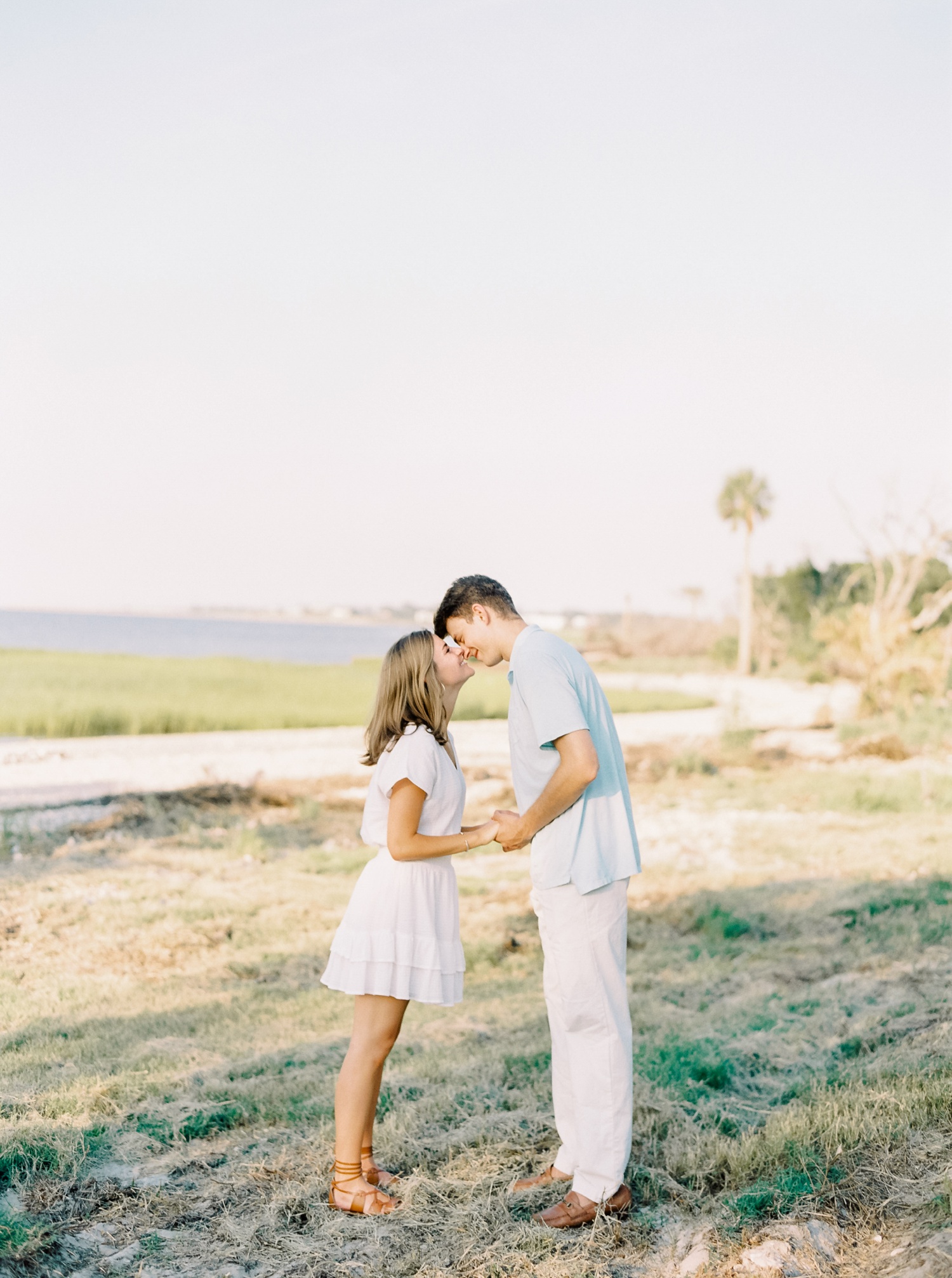 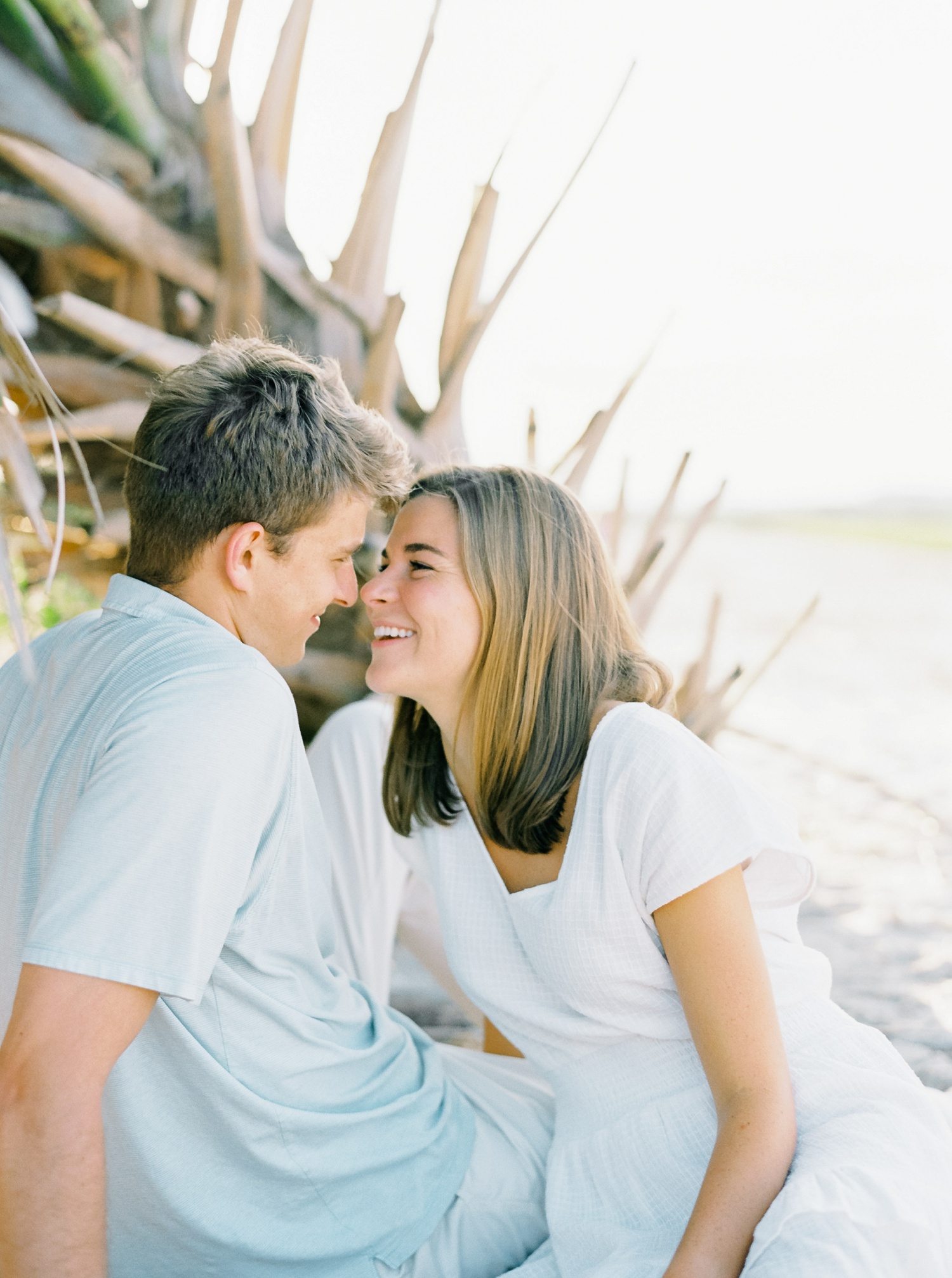 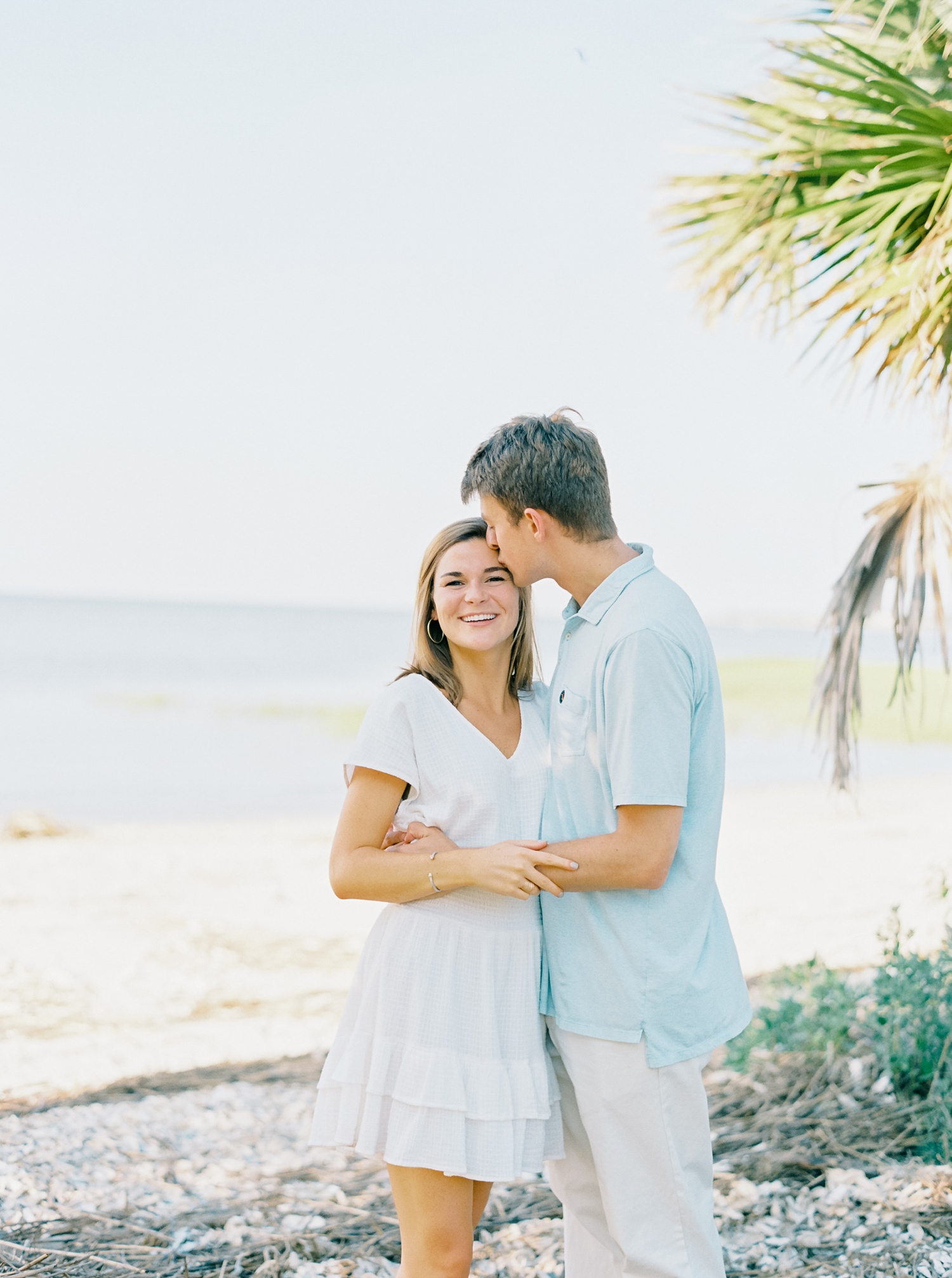 How did you both meet?

The first time I heard about Gary, it was from my friend Callie just raving about “the most beautiful family of eight you’ve ever seen.” We talked about them like we knew everything about them… Gary was the oldest, Merritt was the youngest, him and Miles had a sweet morning routine in which Miles would make PB&Js for the both of them, they all went to church together and took up the whole front two rows, Gary had the nickname “Points McPlenty” according to the Savannah Morning News. I was a typical creepy high school fan girl, but I would never let him know that.

The first time we technically met was at a high school dock party. Gary vividly remembers me wearing a white tank top with a parrot clipped to my shoulder… great first impression. I played it cool as we talked that night, but when my four best friends and I were driving home and I got a text on my phone, all of our “cool” went out the window as we screamed that THE Gary McGinty had texted me.

So, basically, we are your not-so-typical high school sweet hearts. Gary “didn’t date in high school,” so went to prom, went to Valentine’s day dinner, Gary spilled coffee on me at church more than once, and then we went separate ways for college.

We rekindled sophomore year after I had been on a mission trip to Haiti! We hadn’t talked in a year, but he coincidentally called me a few days after the Lord had really changed my life on that trip. I blabbered on and on about how amazing it was, he listened, and we talked like best friends. Faith is really important to the both of us, and I think God had a lot for us to learn before we were ready to date each other. We went on our first real date that summer and knew it was going to be something good! 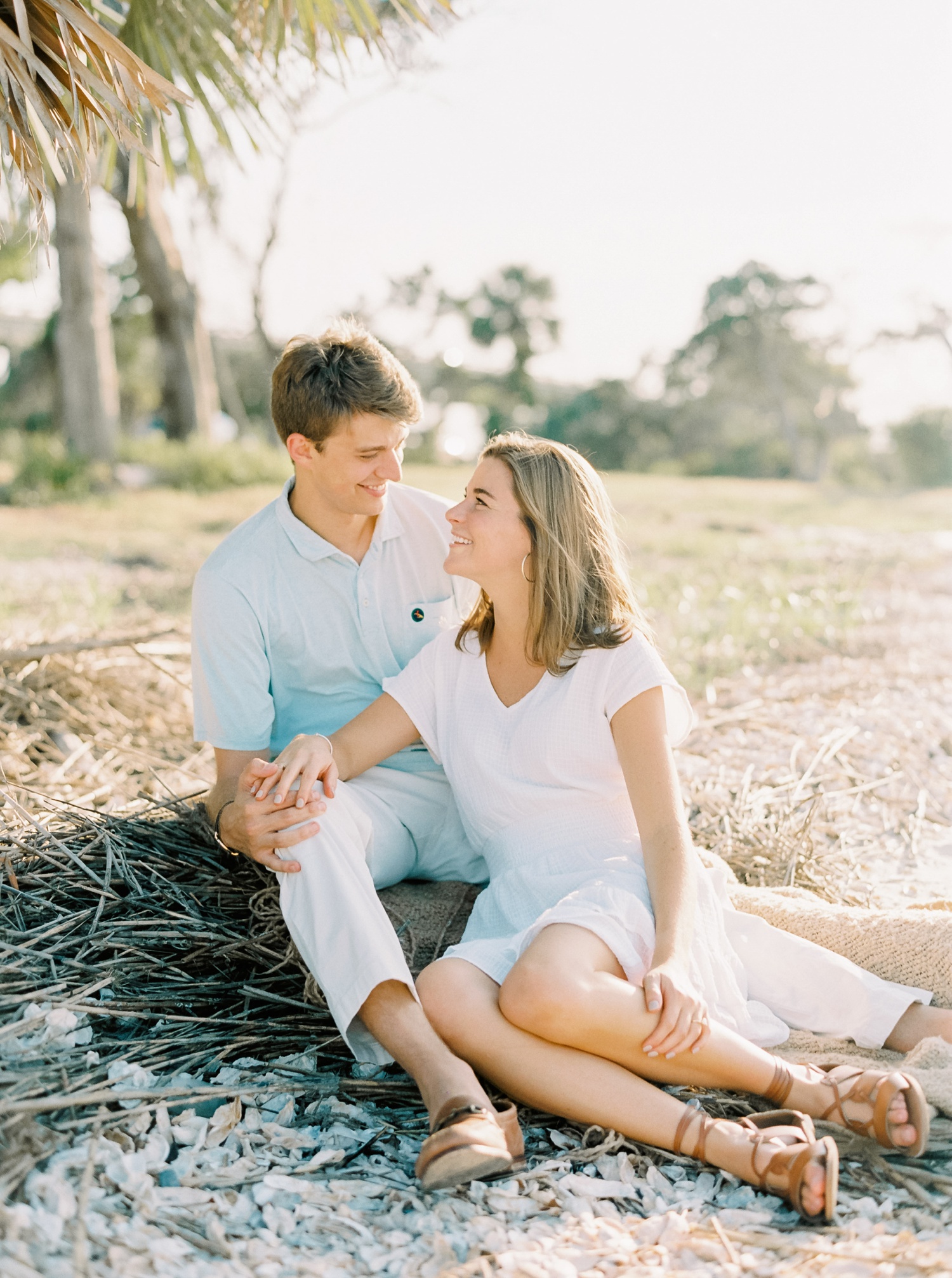 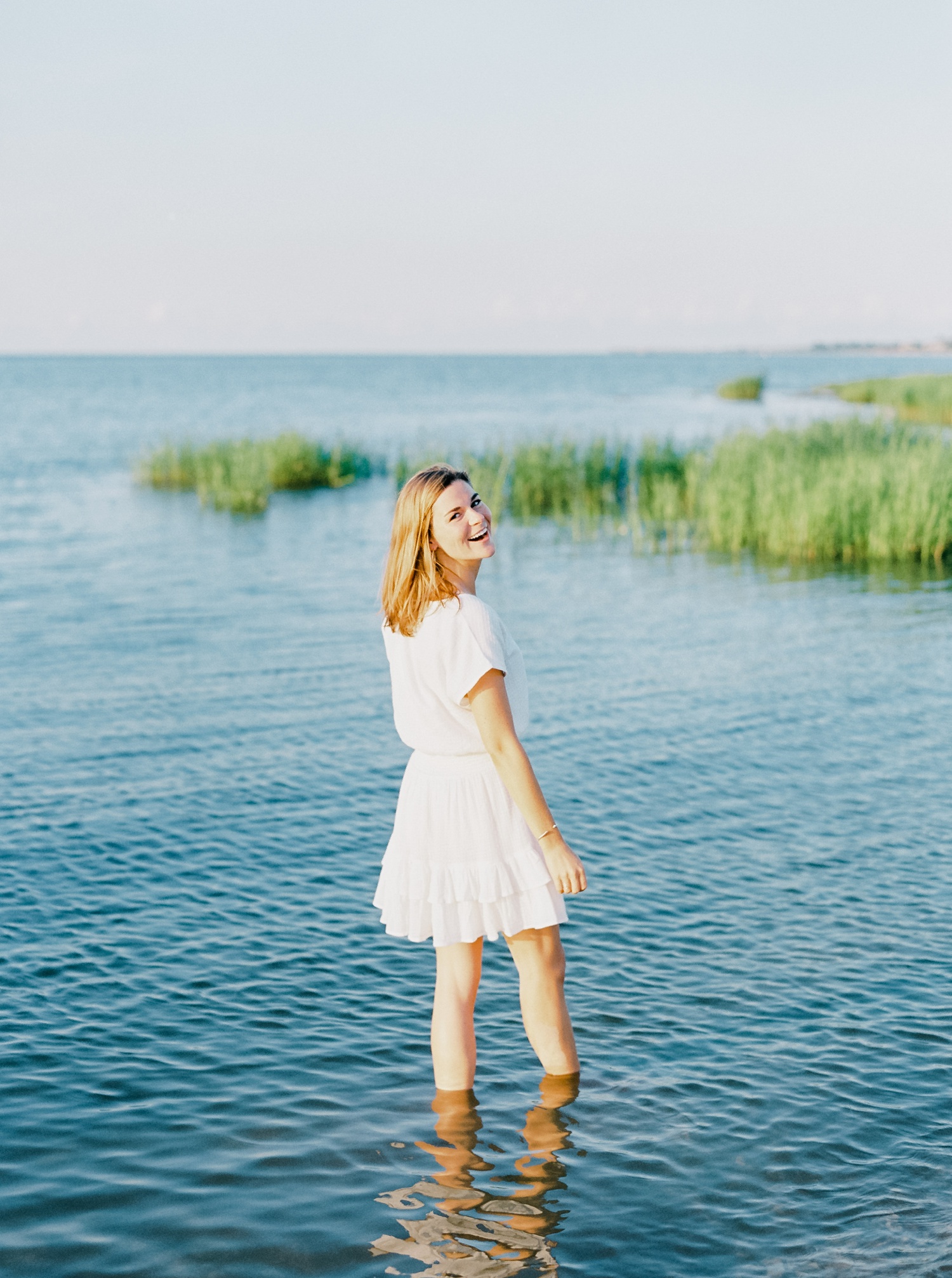 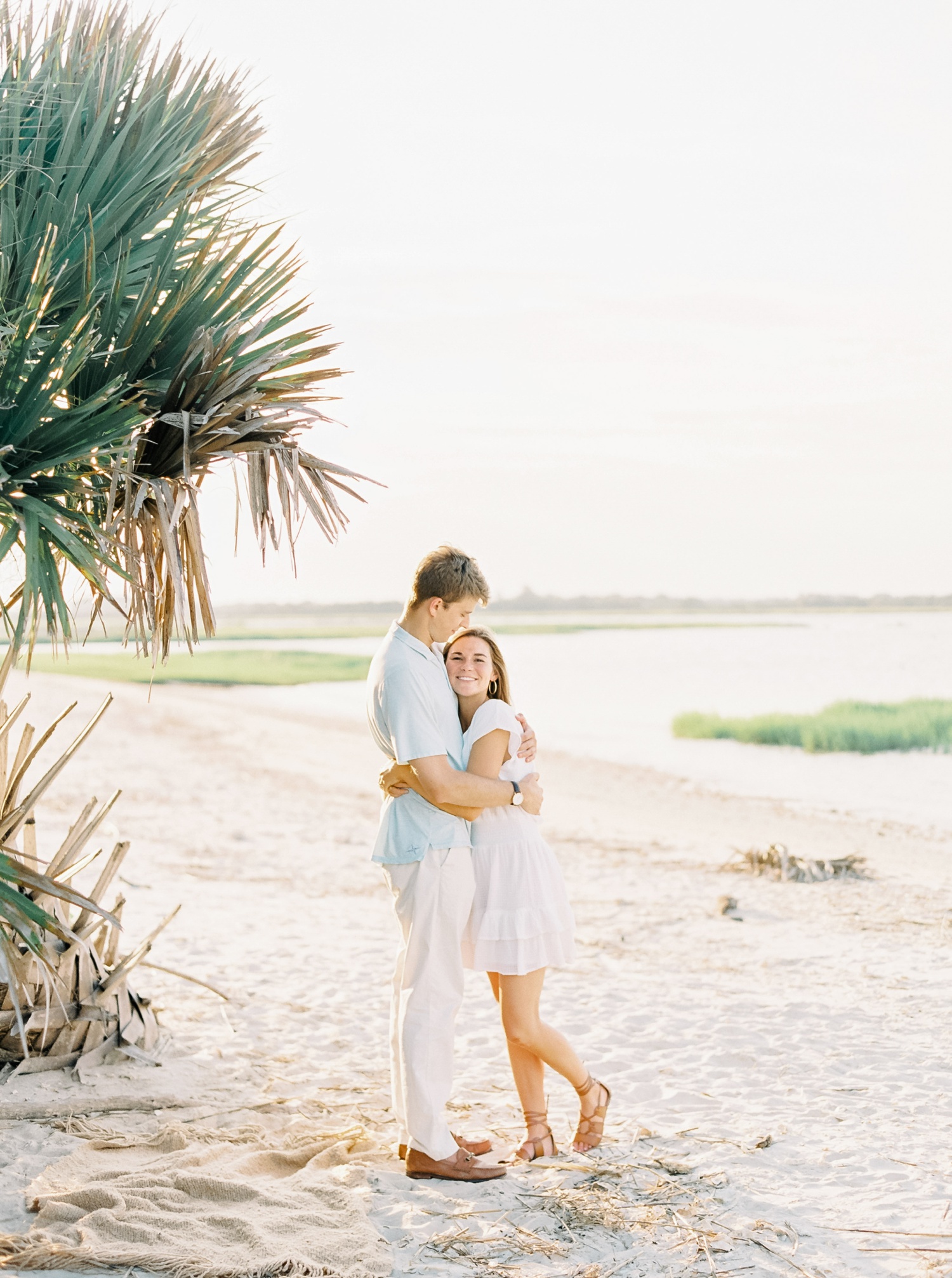 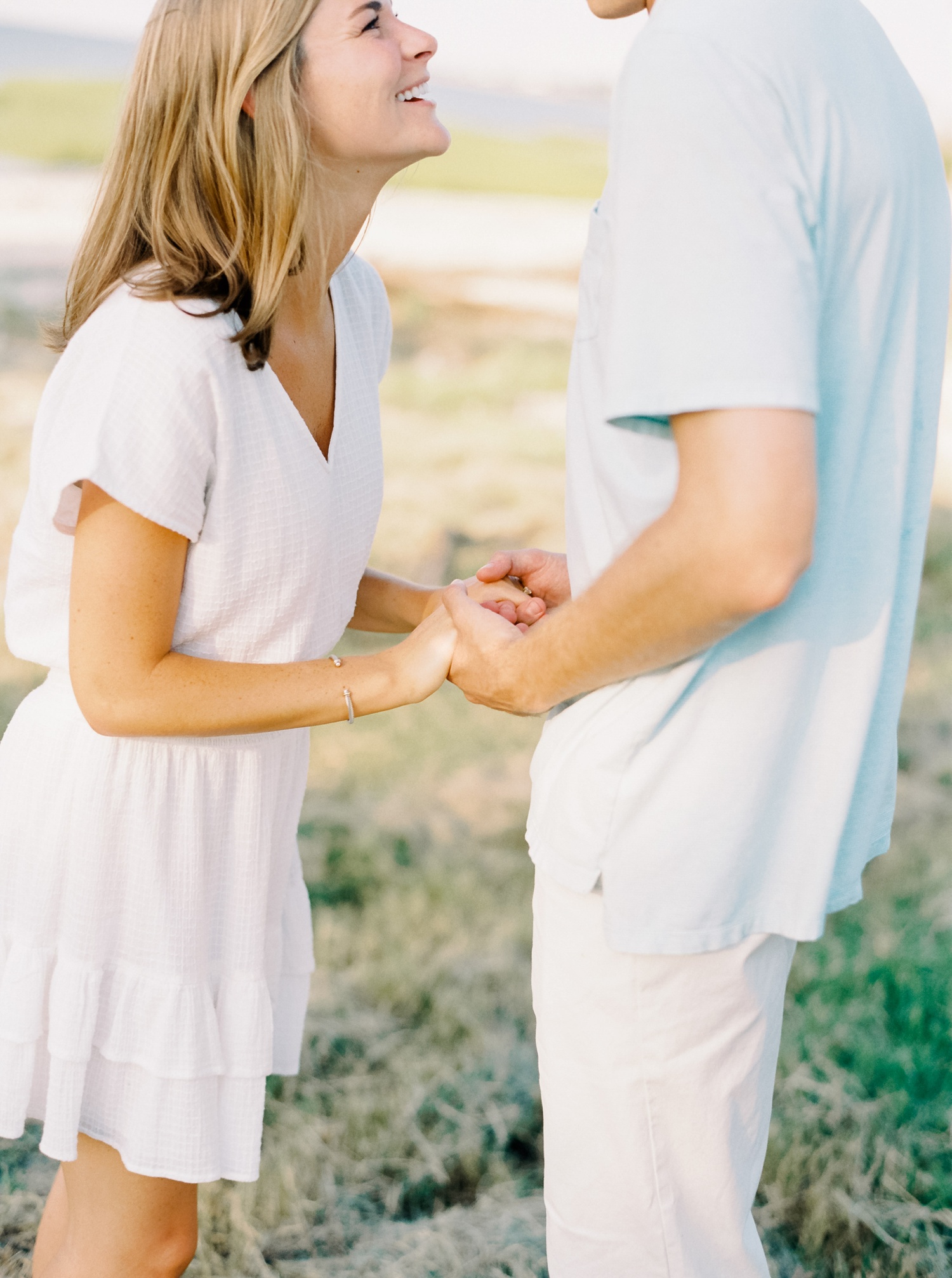 Tell us about your proposal story!

December 2019! When Gary told me that is younger brother Miles was proposing to his girlfriend Allie over Christmas break, I was bummed because I knew that they wouldn’t both propose in the same week. I should’ve known that would be so typical of them, but I convinced myself it just wasn’t happening around Christmas time. So this was really a surprise…

We always go to a Christmas brunch at the McGinty’s family friend’s house about an hour from Savannah. I look forward to it so much every year! Gary told me to be ready to go at 9 AM so that we could go pick up his brother Miles and his girlfriend Allie to ride with us. I almost told him to pick me up after he got them because I needed more time, but thankfully I decided that some good quality car time would be nice! He showed up to my door right on time and we drove to the beach house “where Allie and Miles were staying” He parked and the conversation went like this… He says, “Alright, lets get out.” I say, “Aren’t they coming in the car with us?” He says, “Yeah, but we’ll just go in and say hey.” I say, “Okay…” Then he starts walking towards the beach, not the house! I say, “Wait, where are you going?” He says, “Come on, lets just walk this way.” To which I simply SQUEALED and repeated “Where are you going?!!” At this point, I was onto his schemes. We made it halfway down the boardwalk before I asked if we could stop walking because I couldn’t continue with such excitement. After the sweetest words, he got down on one knee. It was just us on the beach and we sat awhile on the board walk to really take it all in. When we drove back to his house, all of of our friends and families were there waiting on us! We screamed, cried, celebrated, and smiled the whole day. The best day. 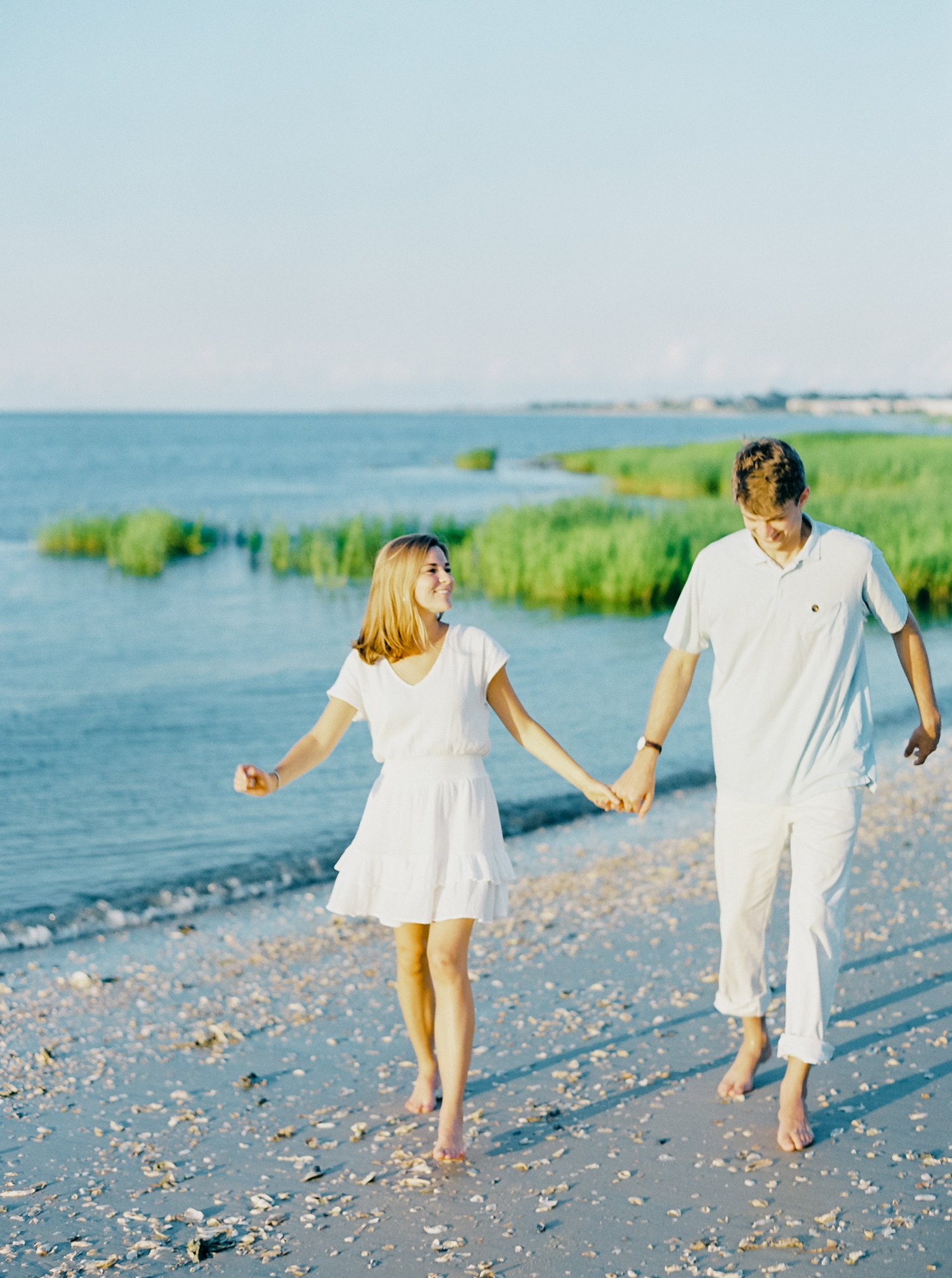 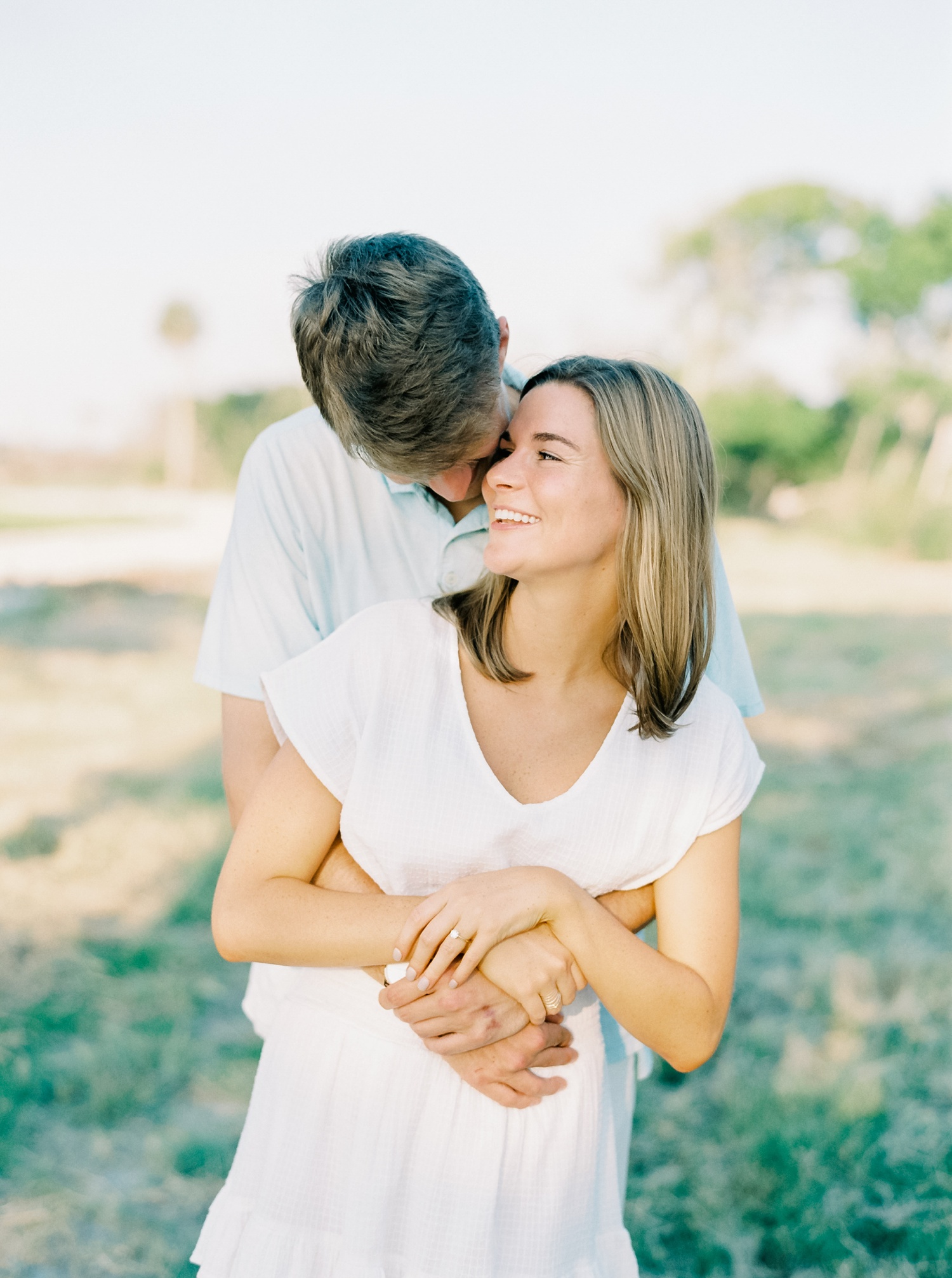 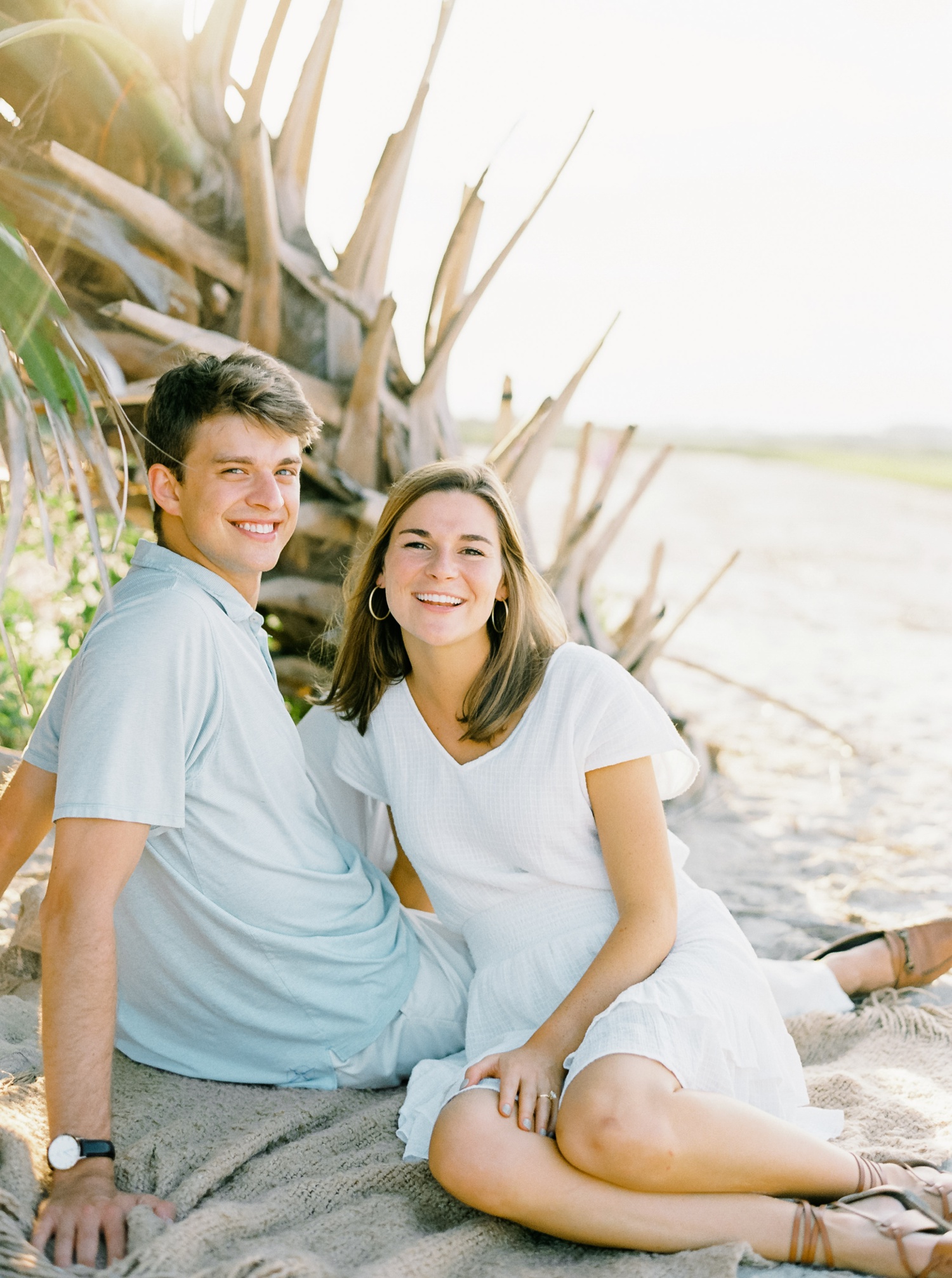 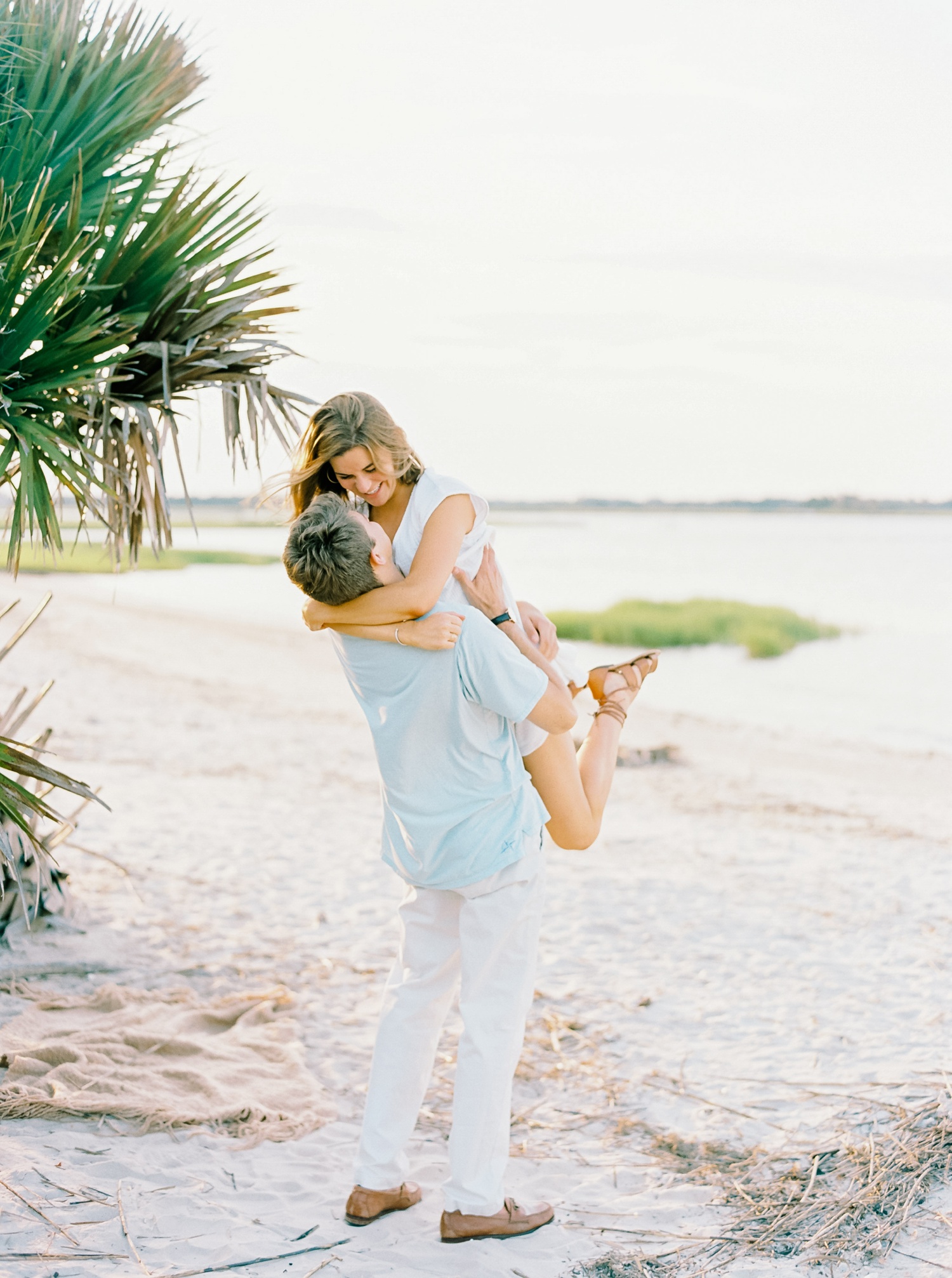 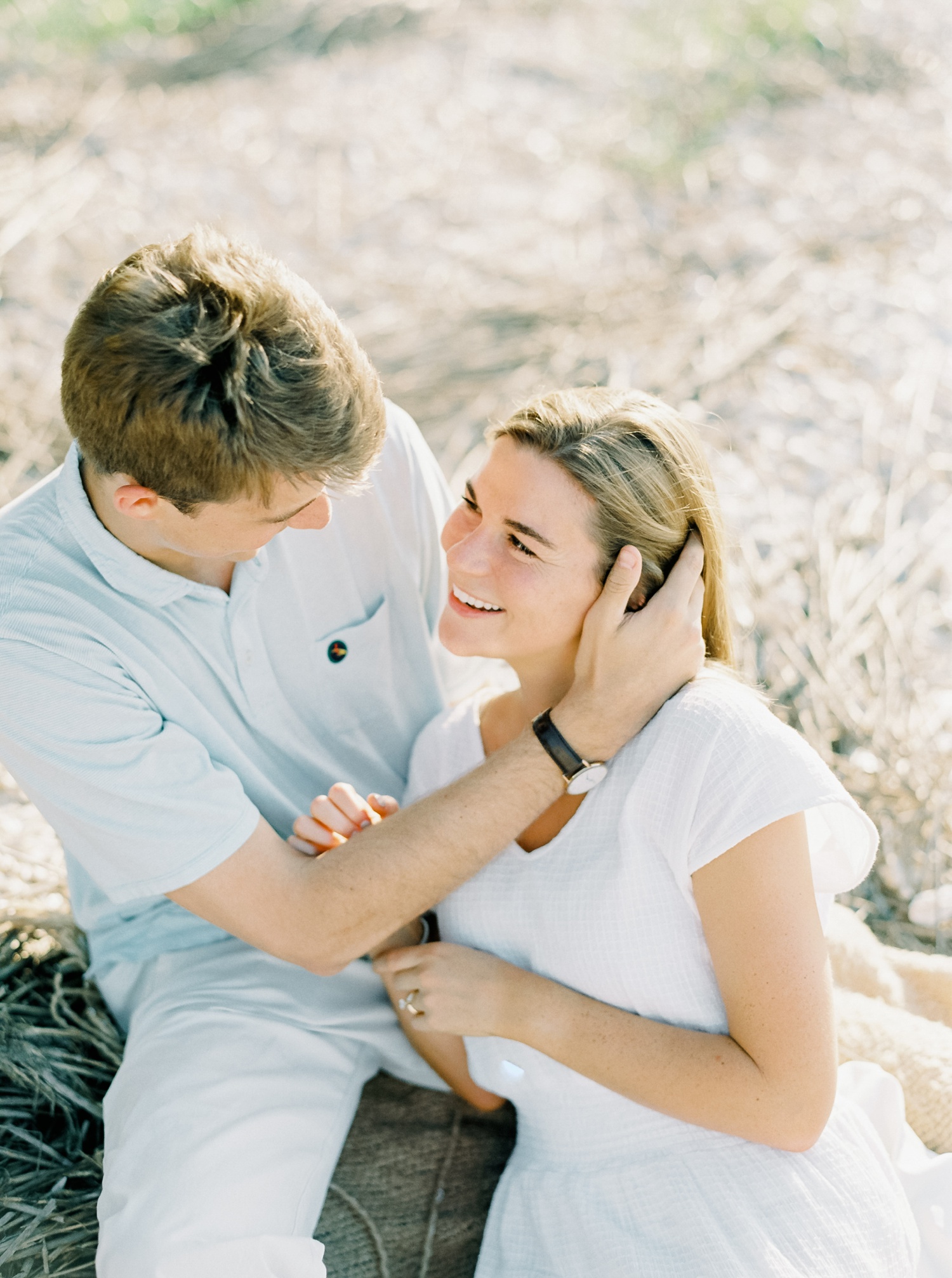 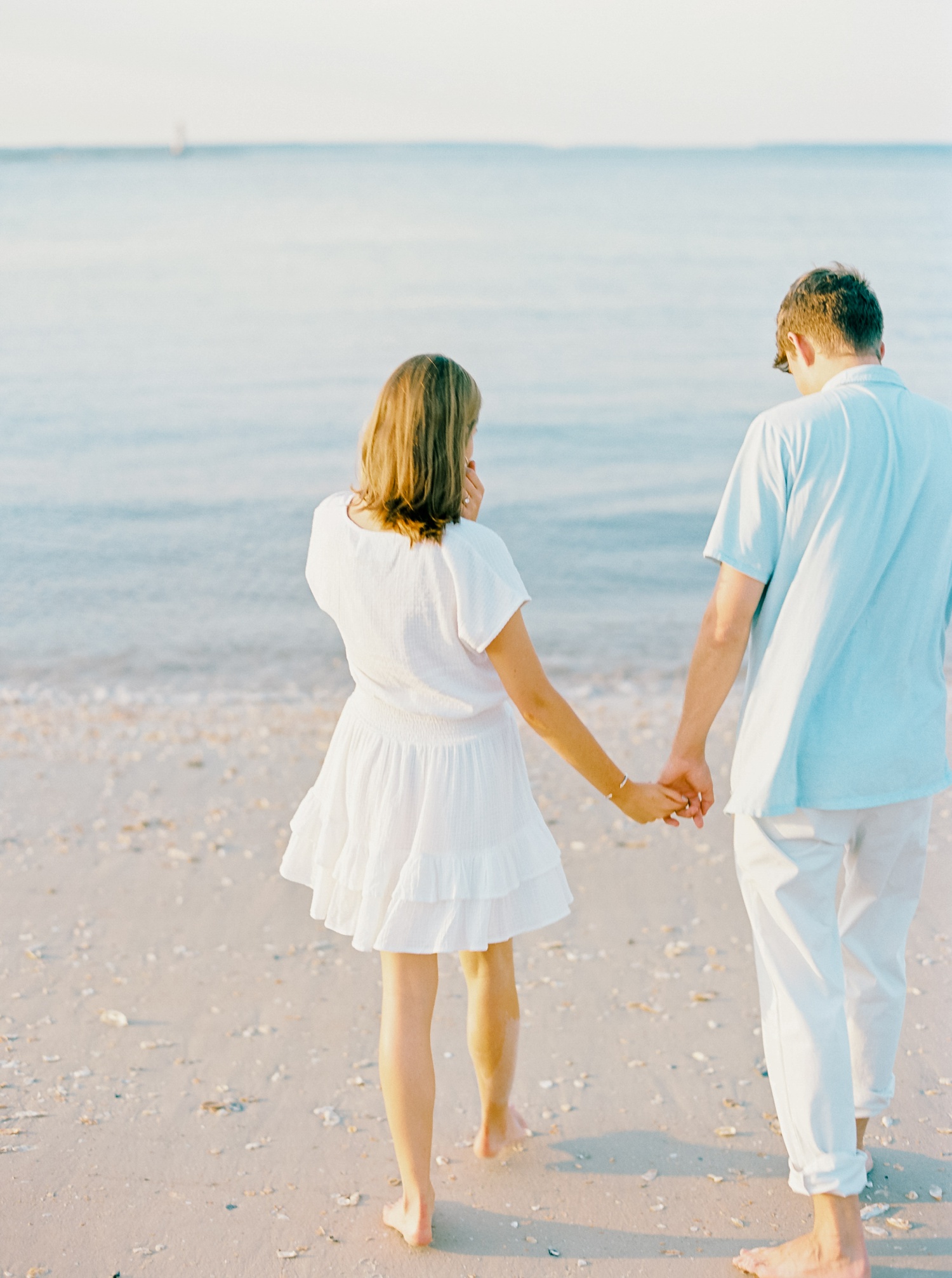 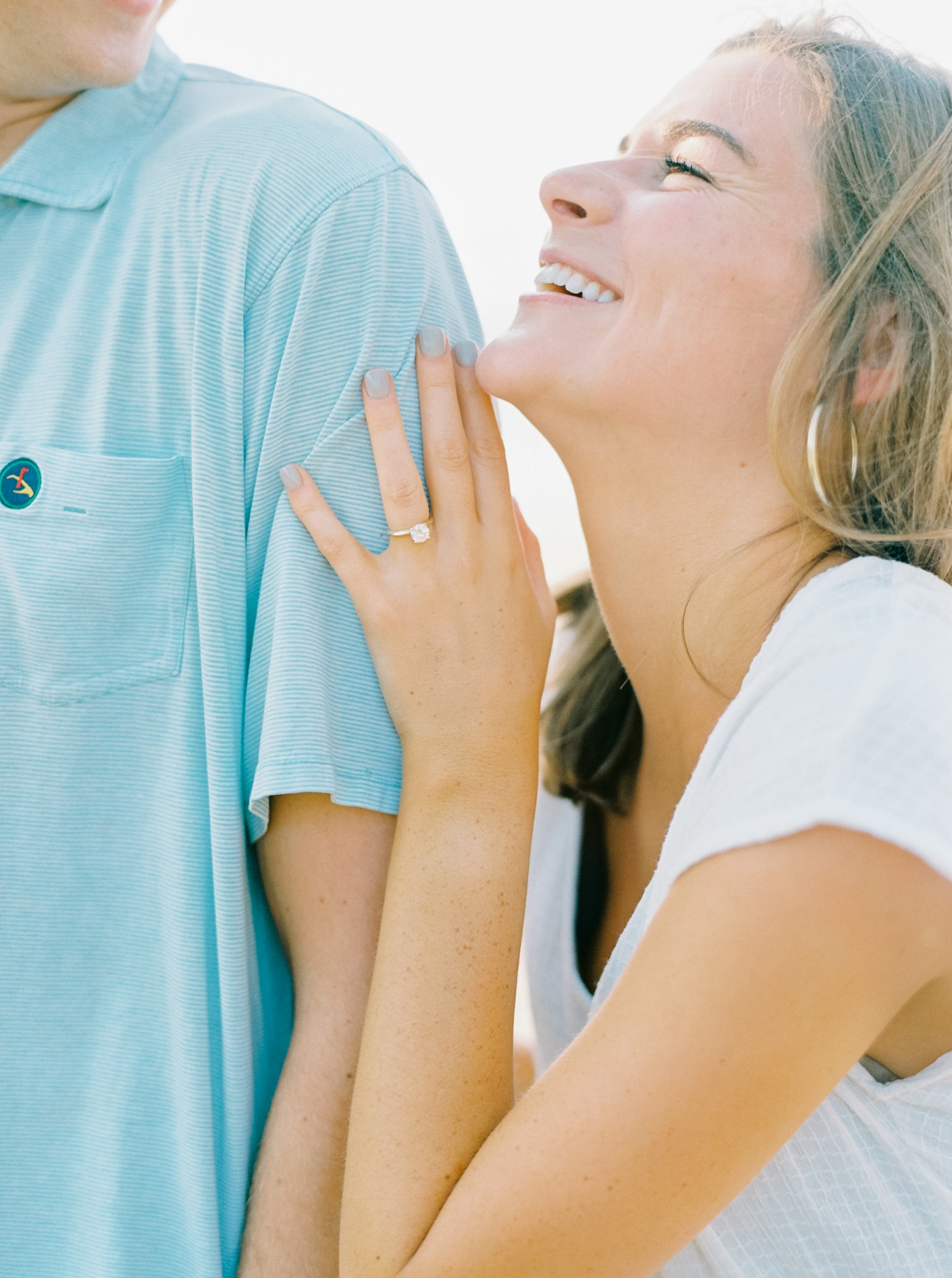 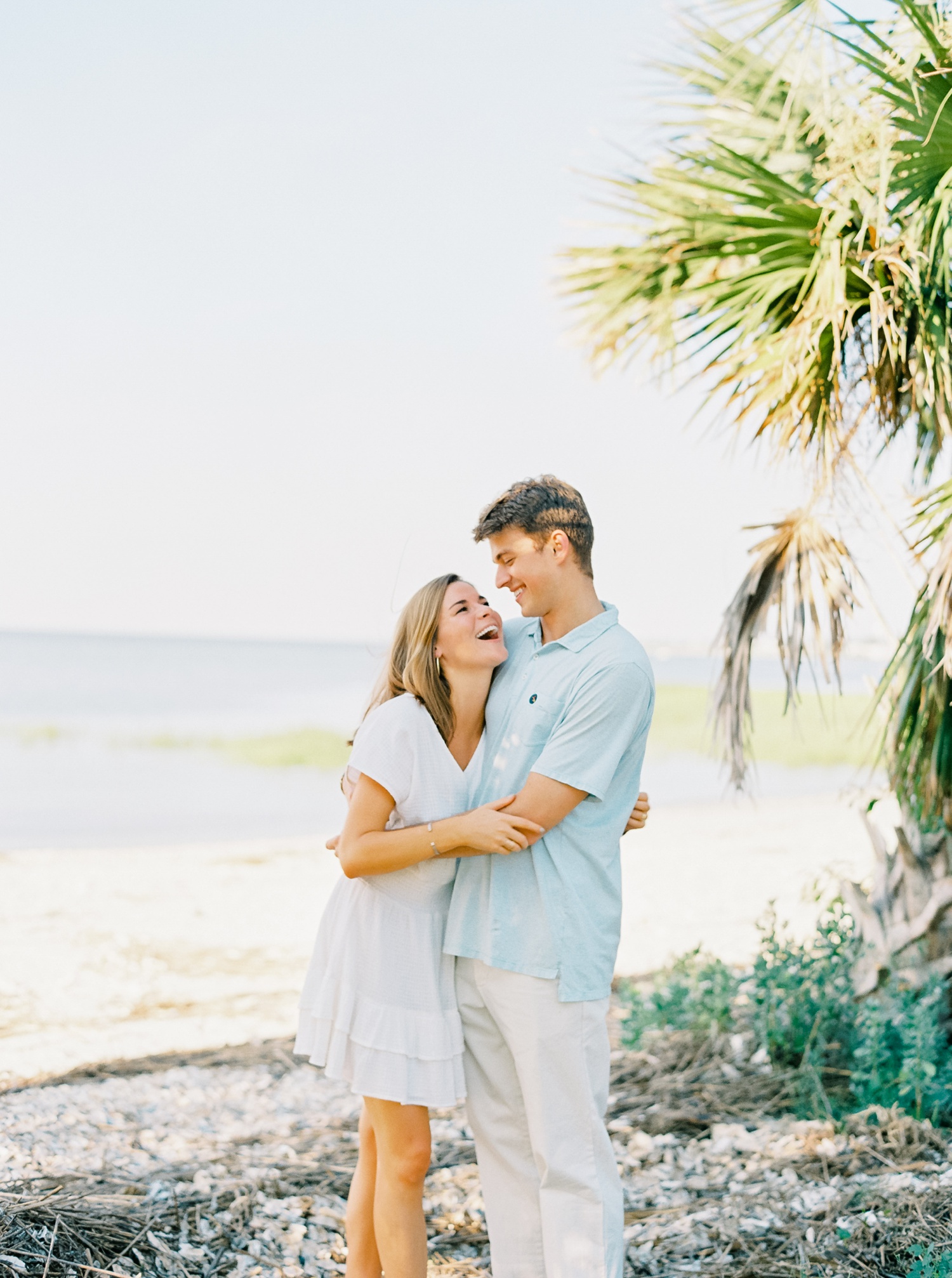