Today we get to take a little trip to West Vancouver, where this couple decided to celebrate their love with an intimate elopement. We love the romantic, adventurousness of this rocky pacific coast and love the cool, modern style of the details. We hope that you don’t miss her wonderful bouquet that adds a warm pop of color to this cool oceanside session. Enjoy! 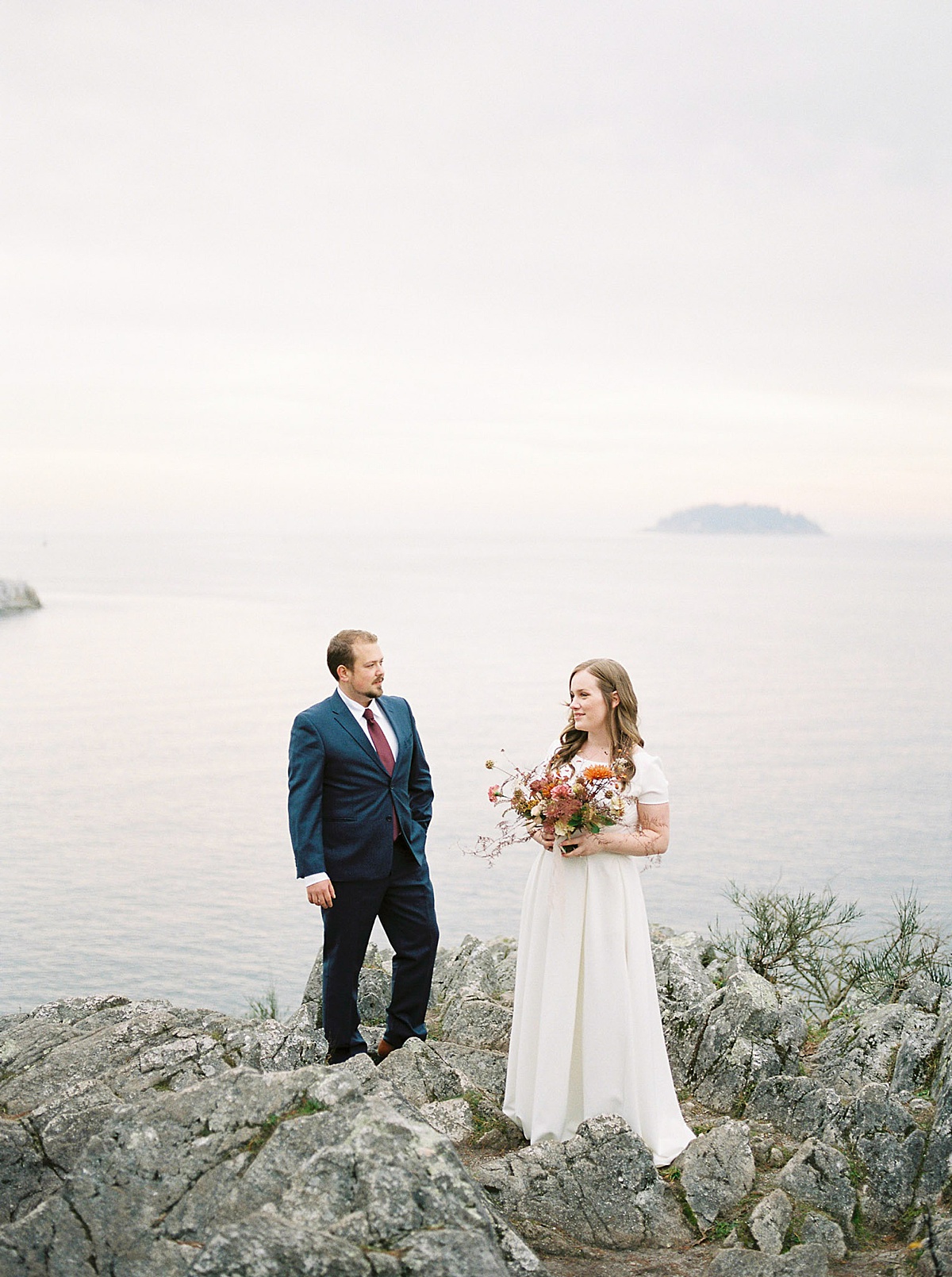 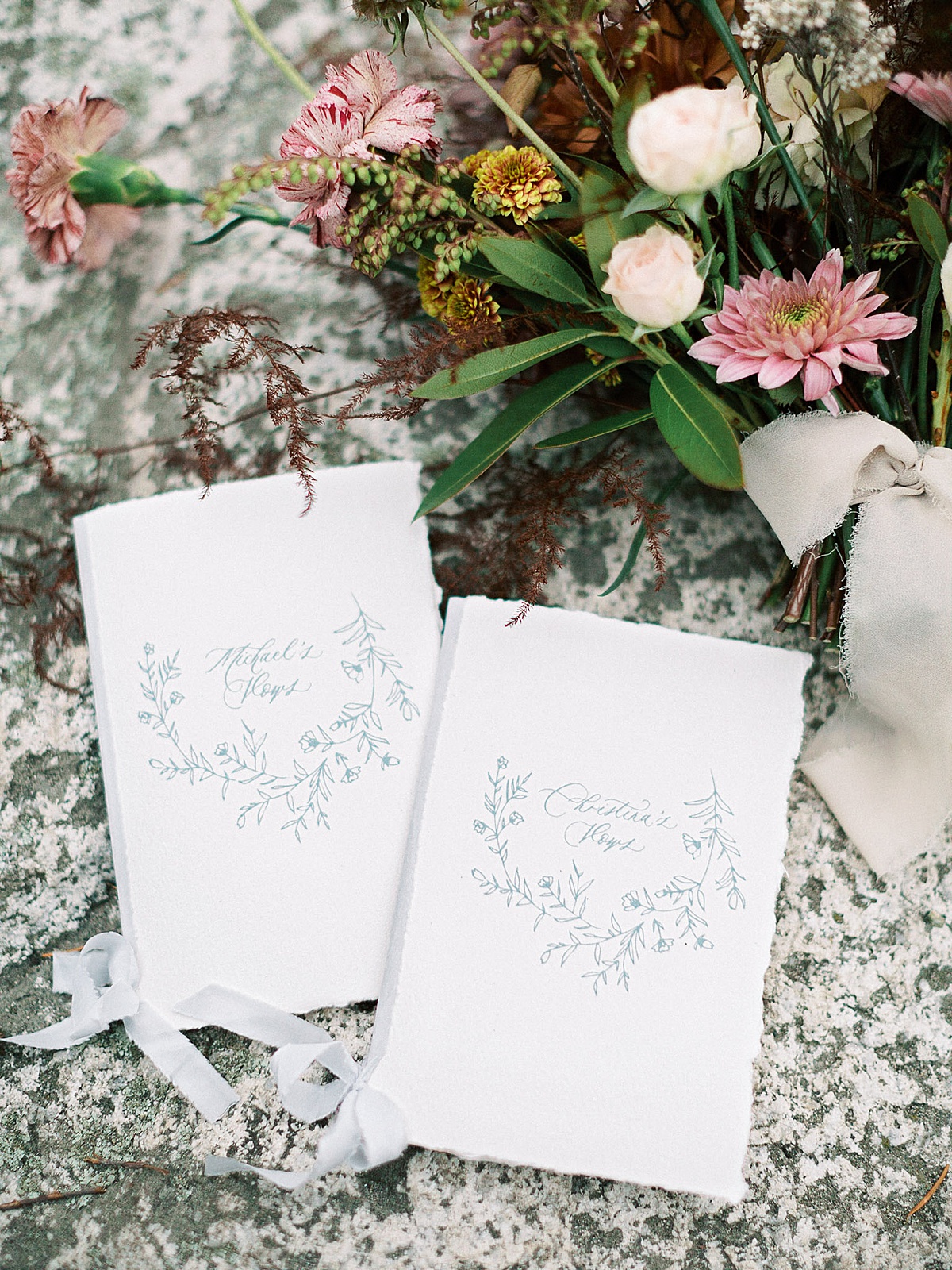 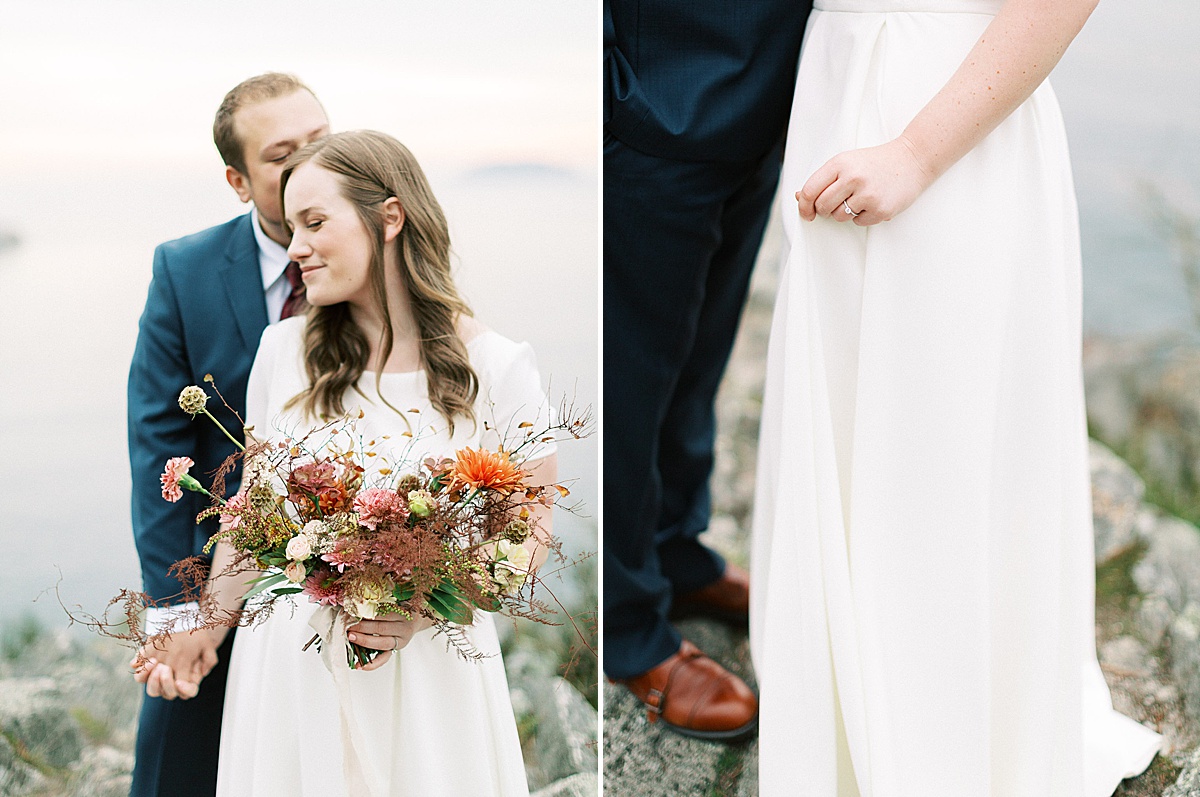 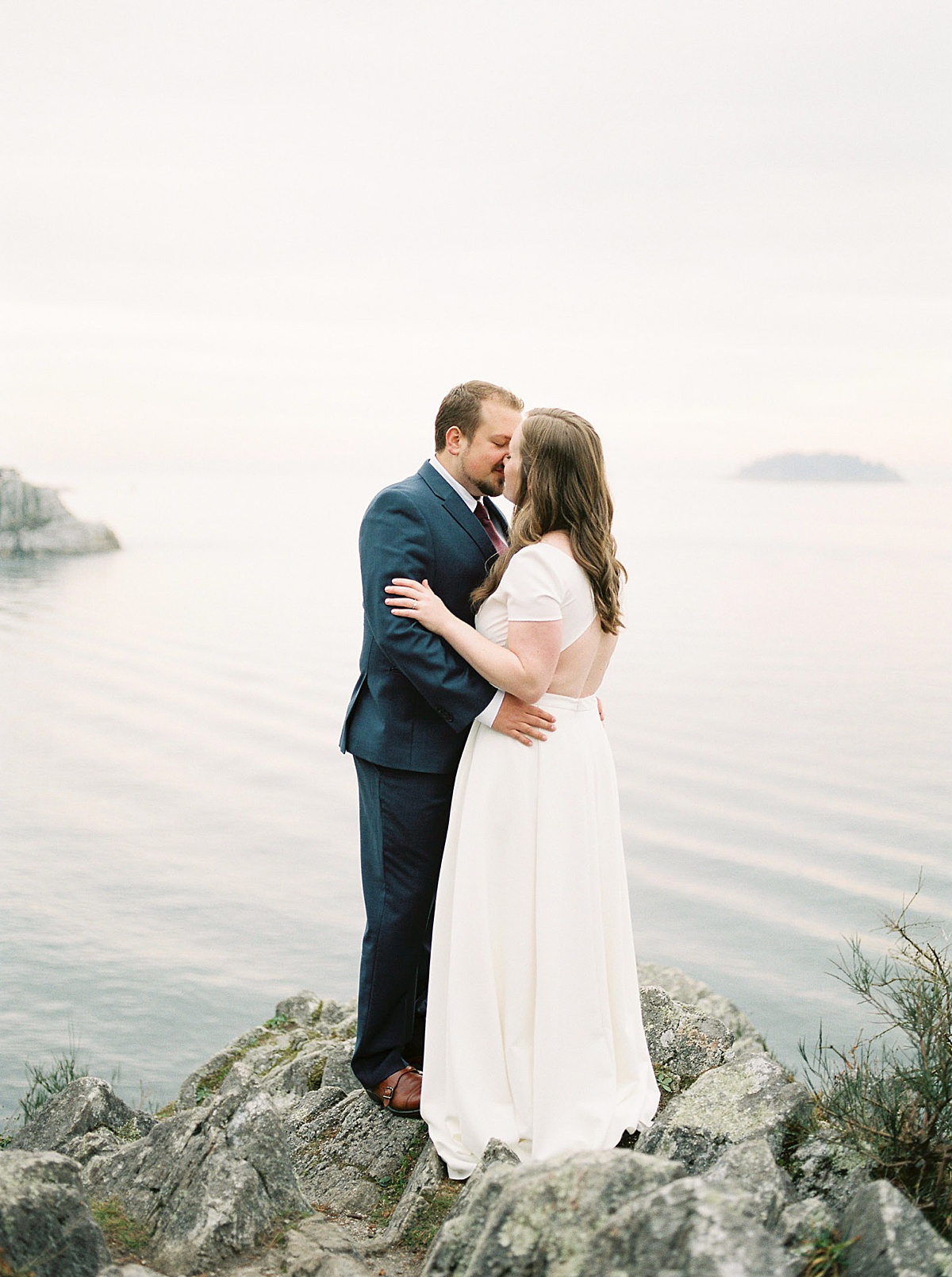 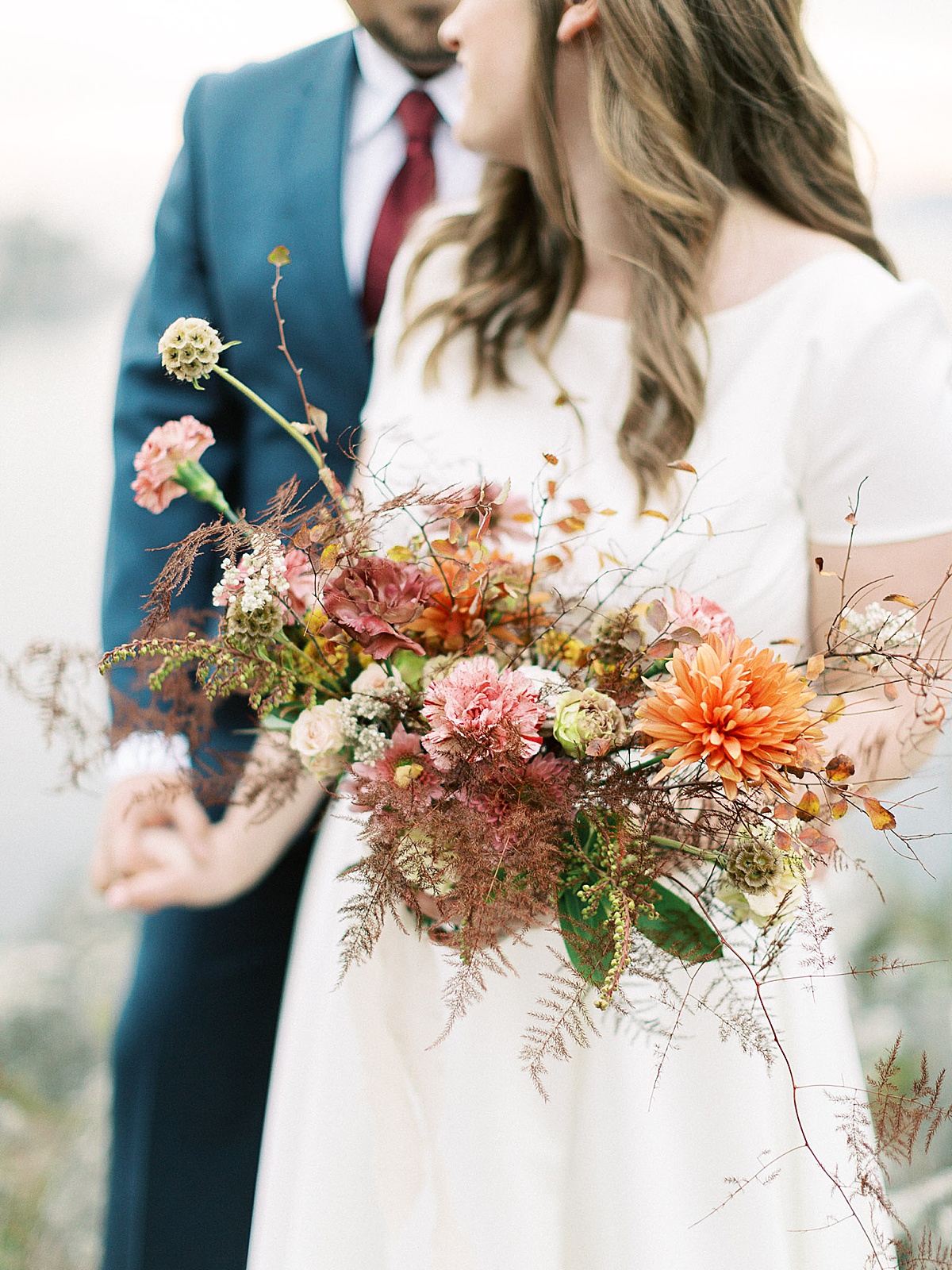 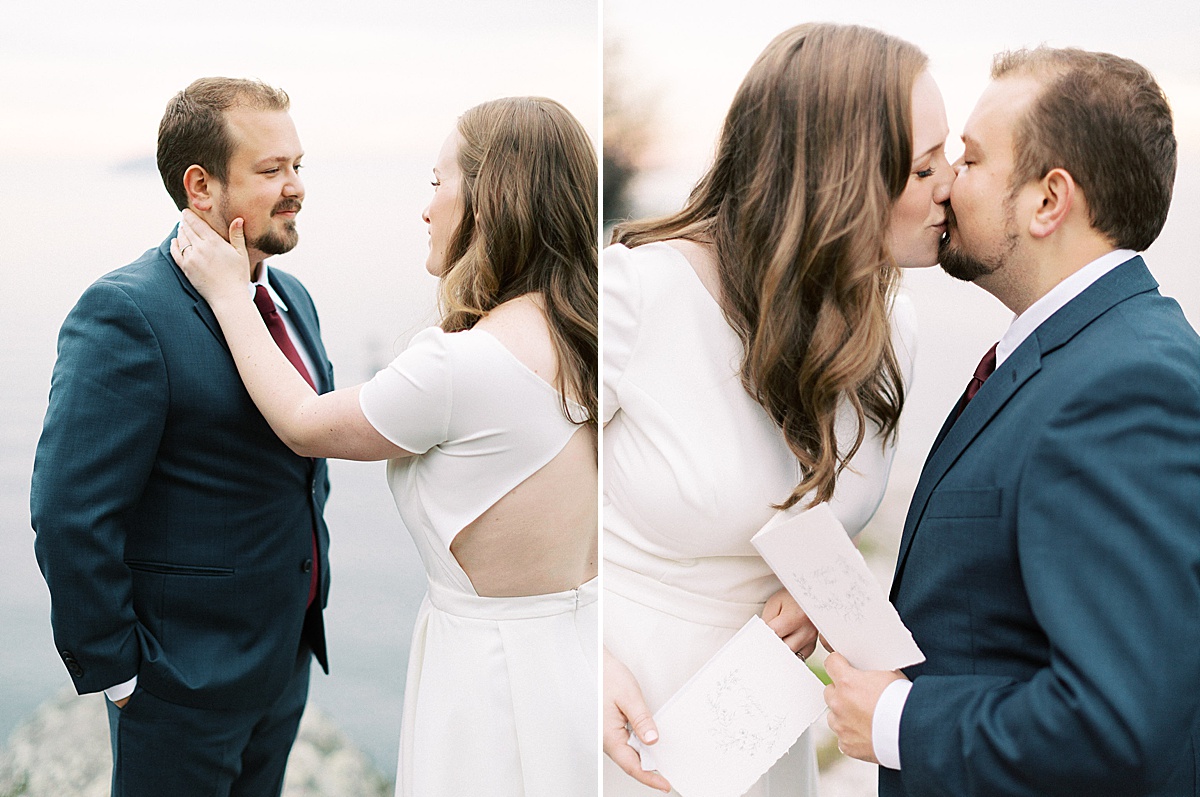 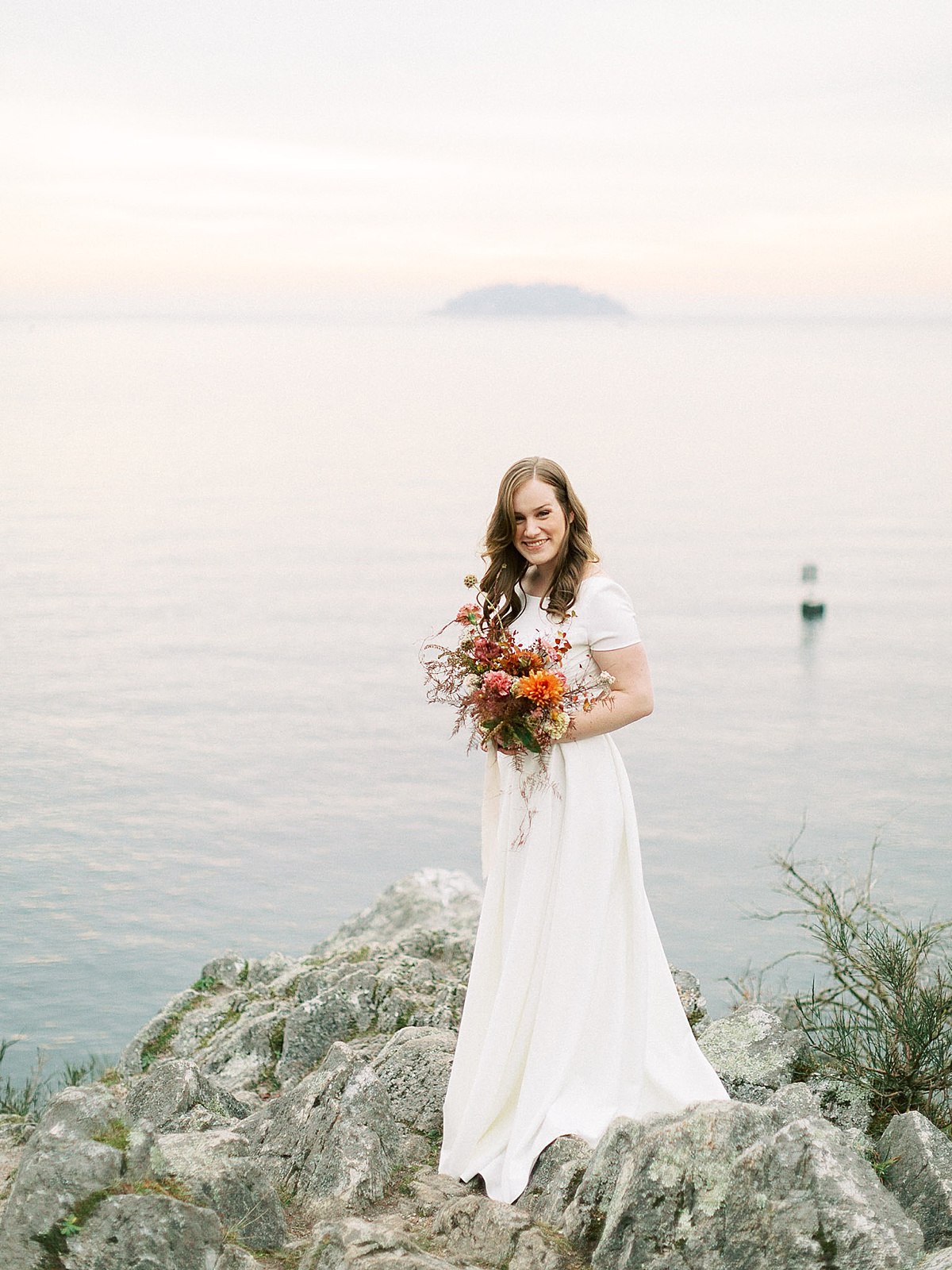 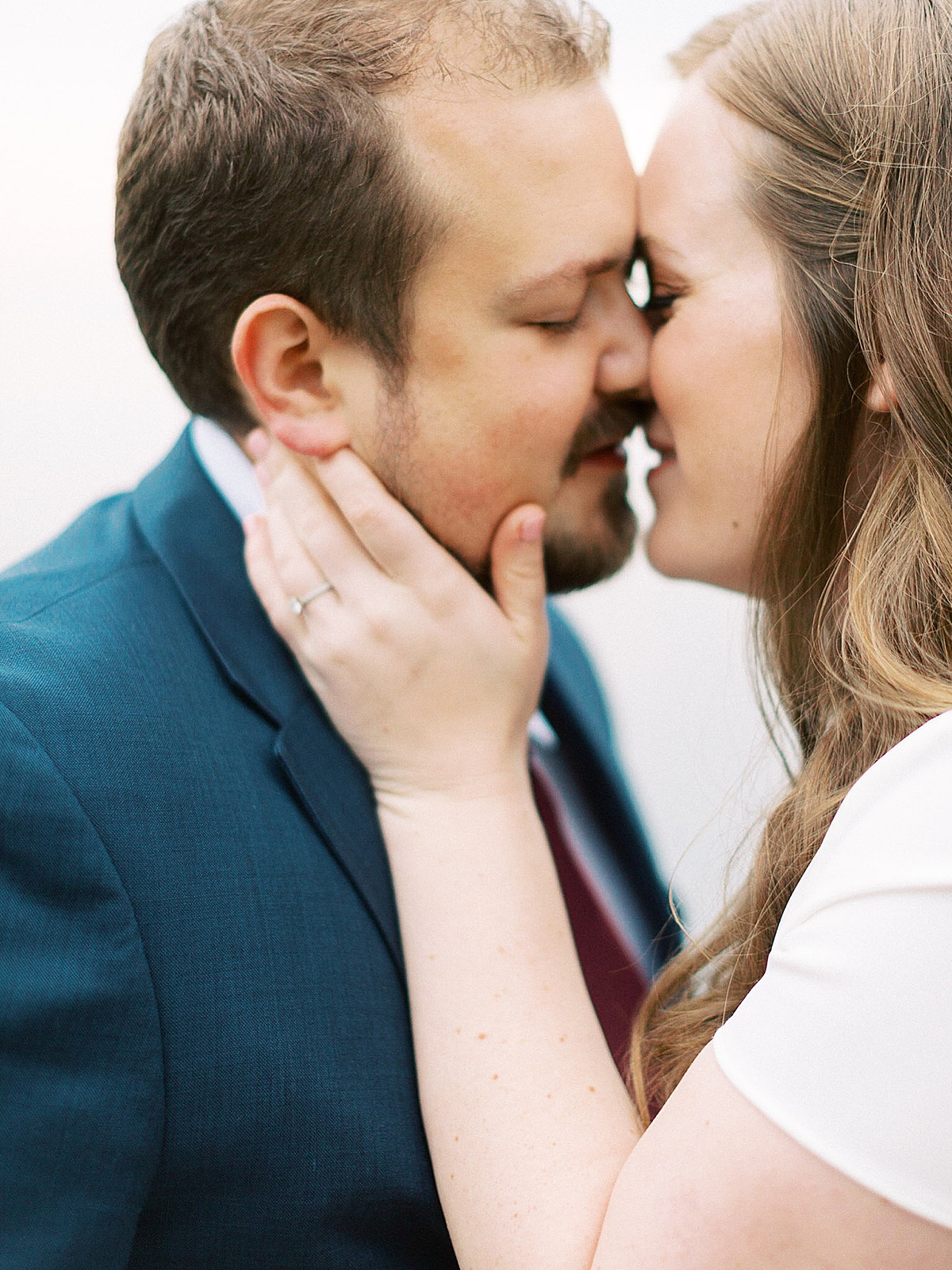 From the photographer: Michael & Christina wanted an intimate and elegant elopement to celebrate their love. They met at the University of British Columbia in Vancouver on the first day of classes in 2011. There is no other place like home to capture these engagement photos, the breathtaking Whythecliff Park in West Vancouver provided just that. We wanted the couple to be surrounded by the blue and wild Pacific Ocean as if there is nothing else between them but love. We were deeply inspired by the quote: “Love rests on no foundation. It is an endless ocean, with no beginning or end” by Rumi. 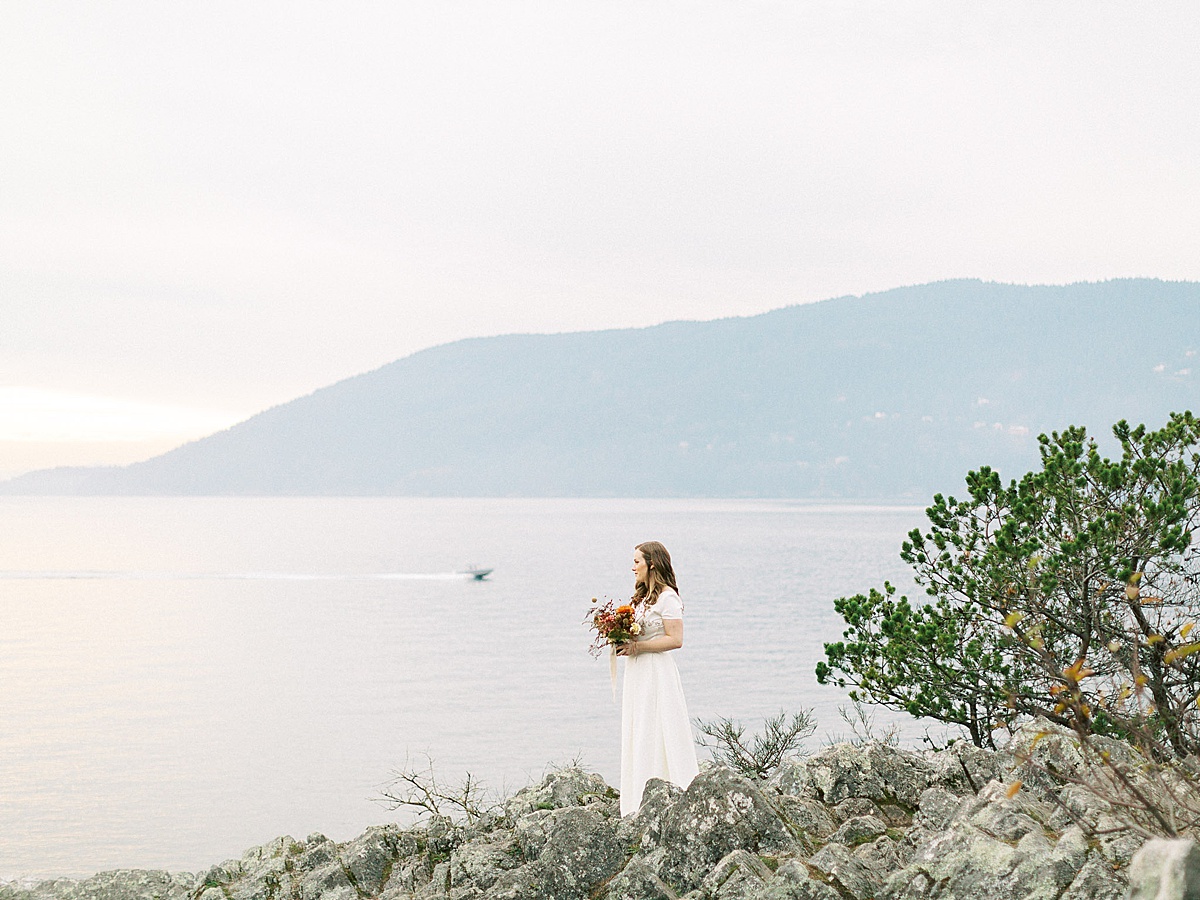 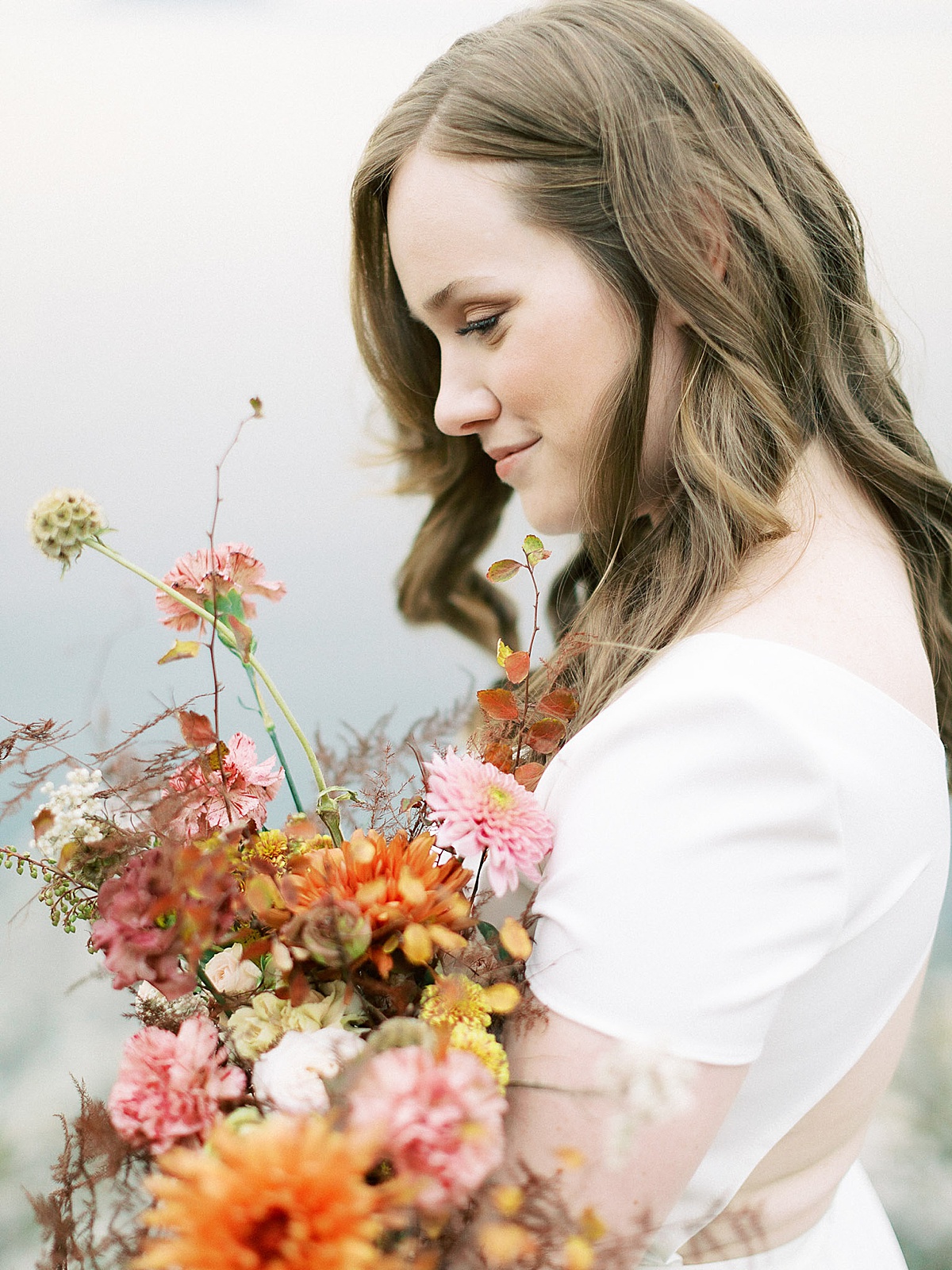 From the couple: We hope this shoot can be an inspiration to other couples who want to consider elopement as an option to celebrate their love. When we stood on the rock by the wild ocean, we felt like nothing mattered anymore but the two people and their lifetime vows to each other. 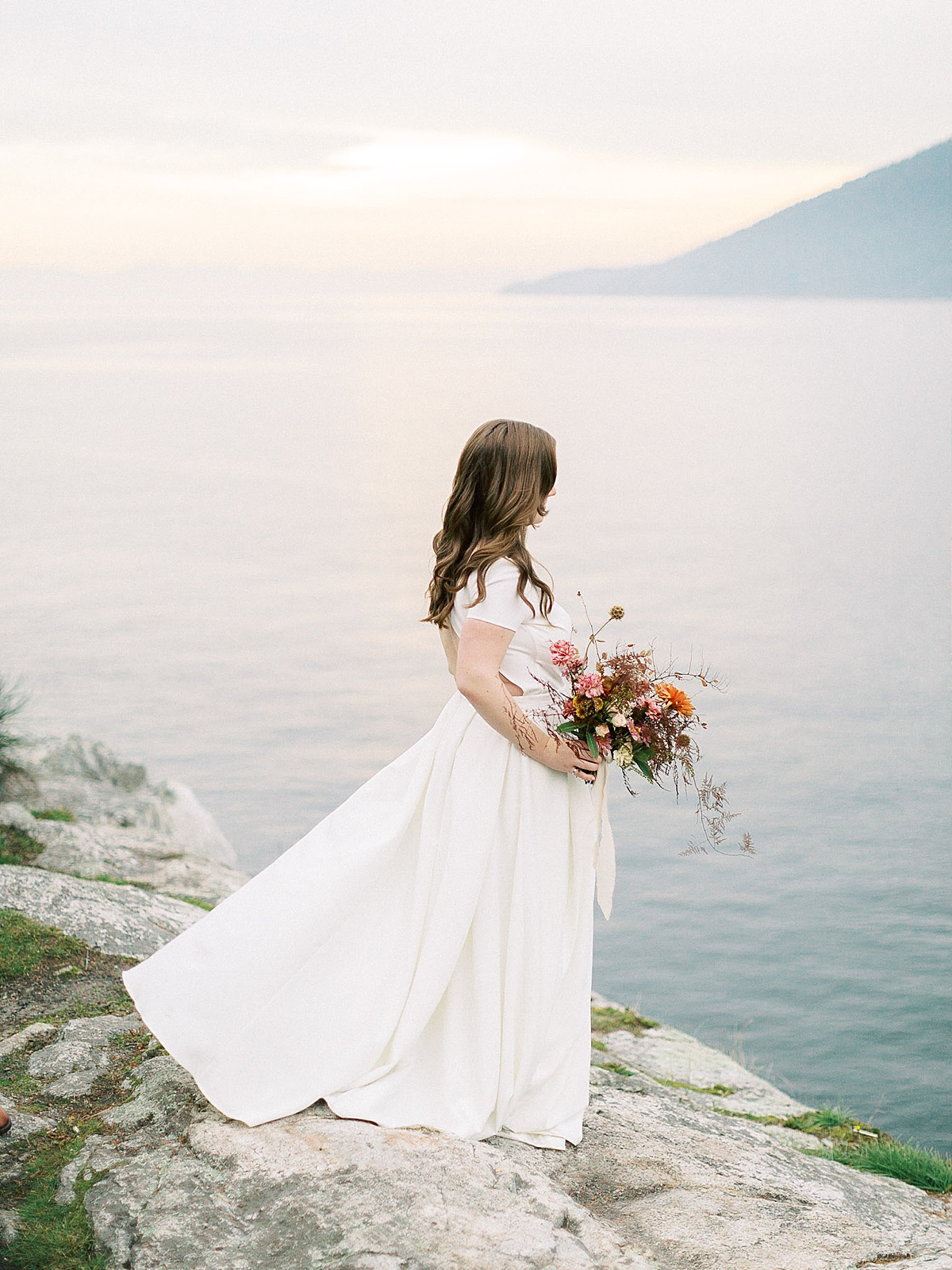 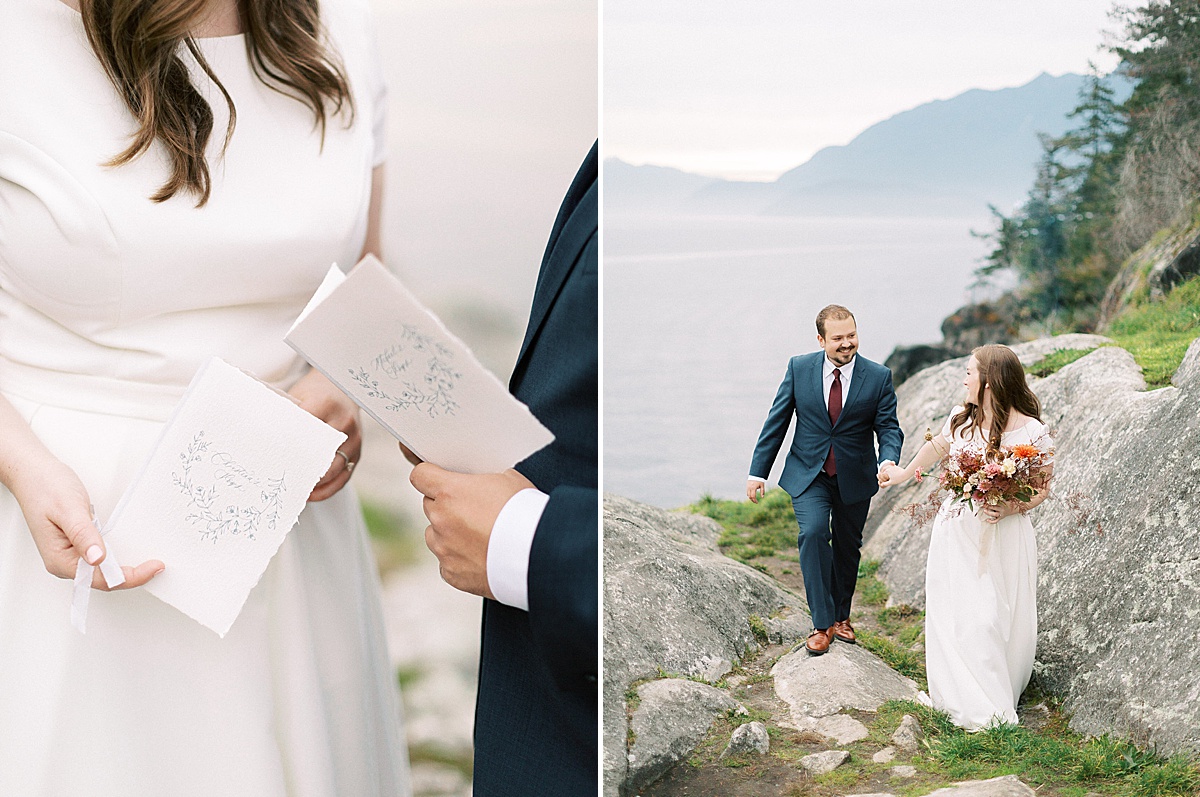 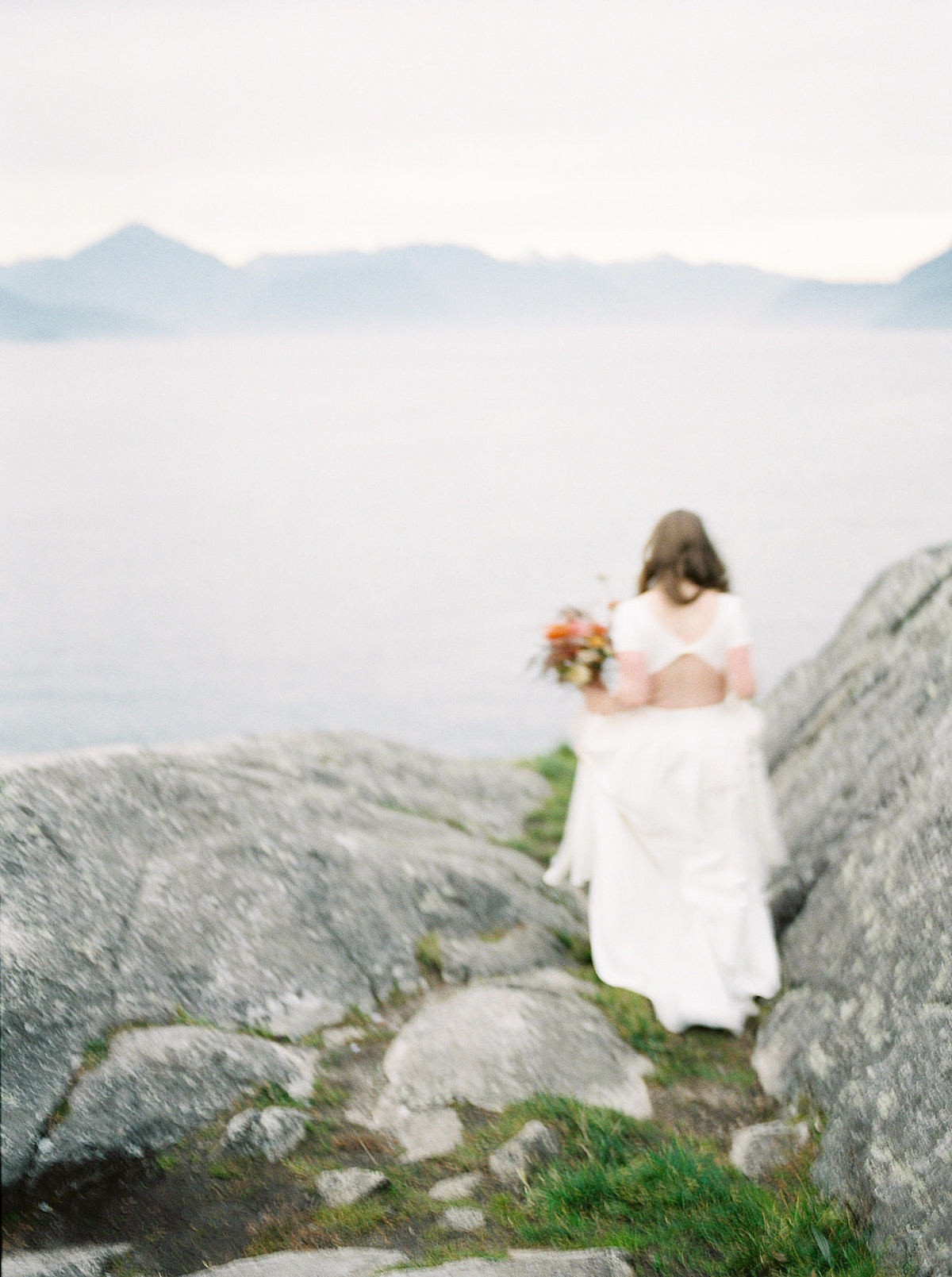 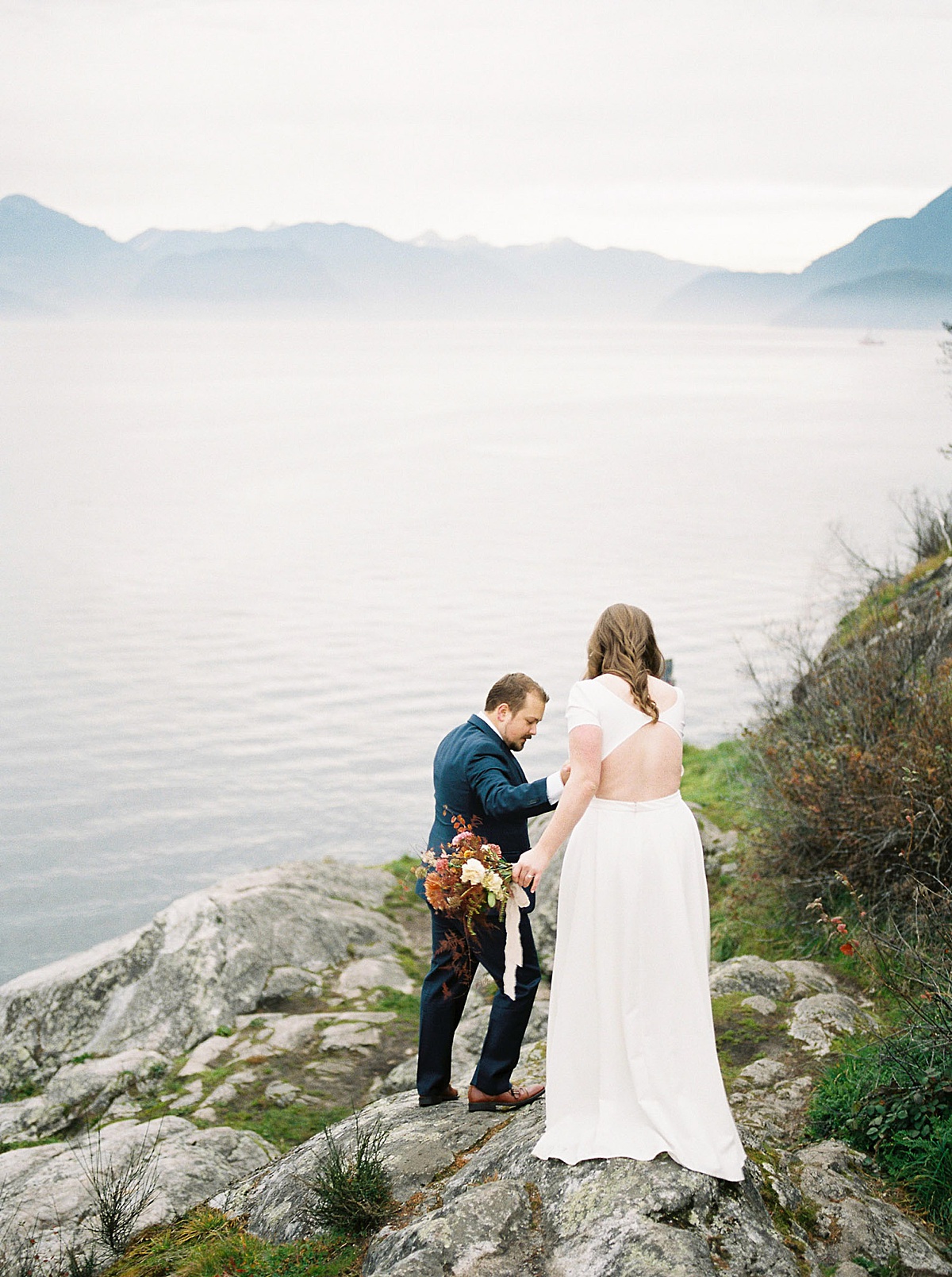 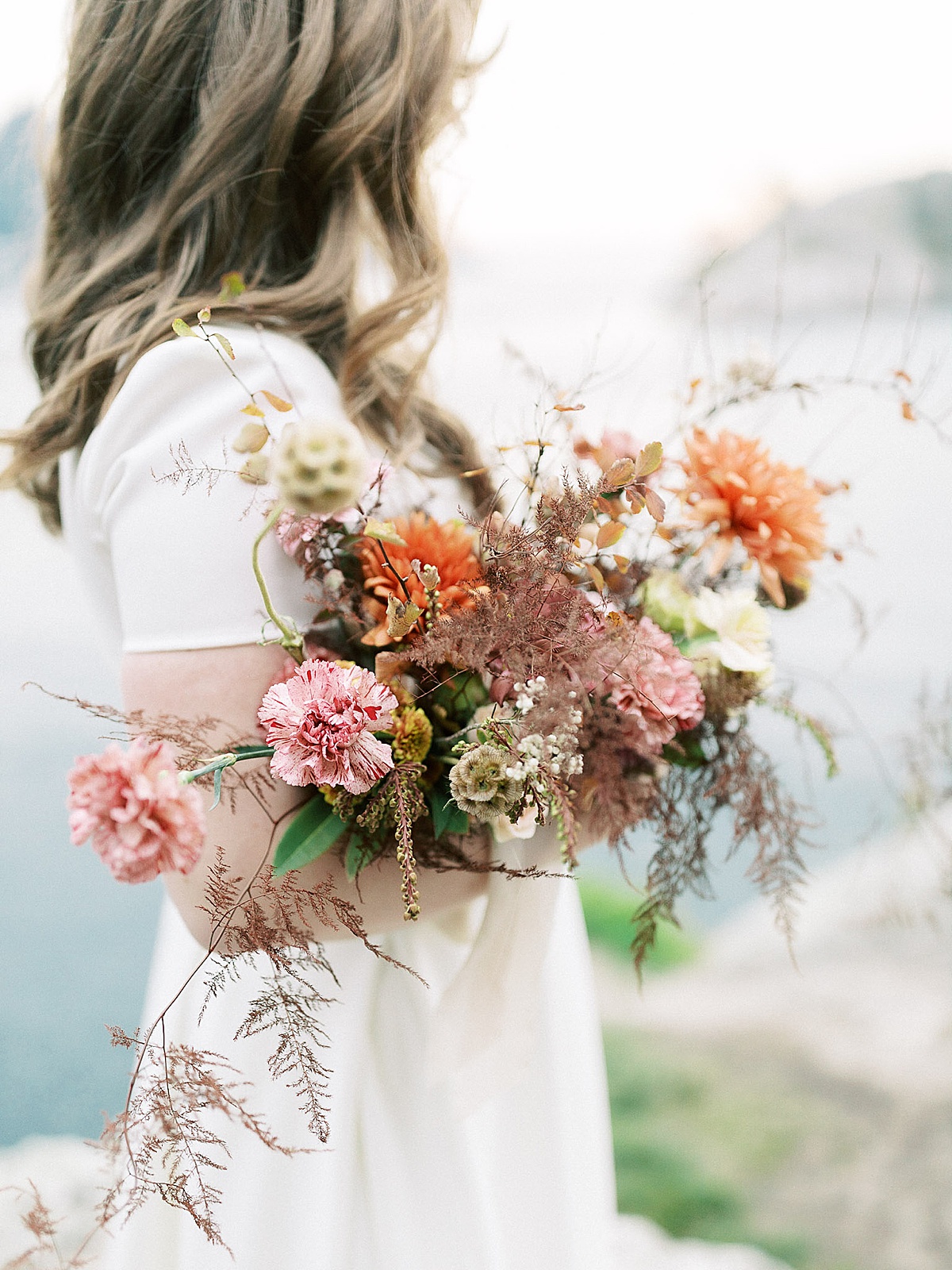 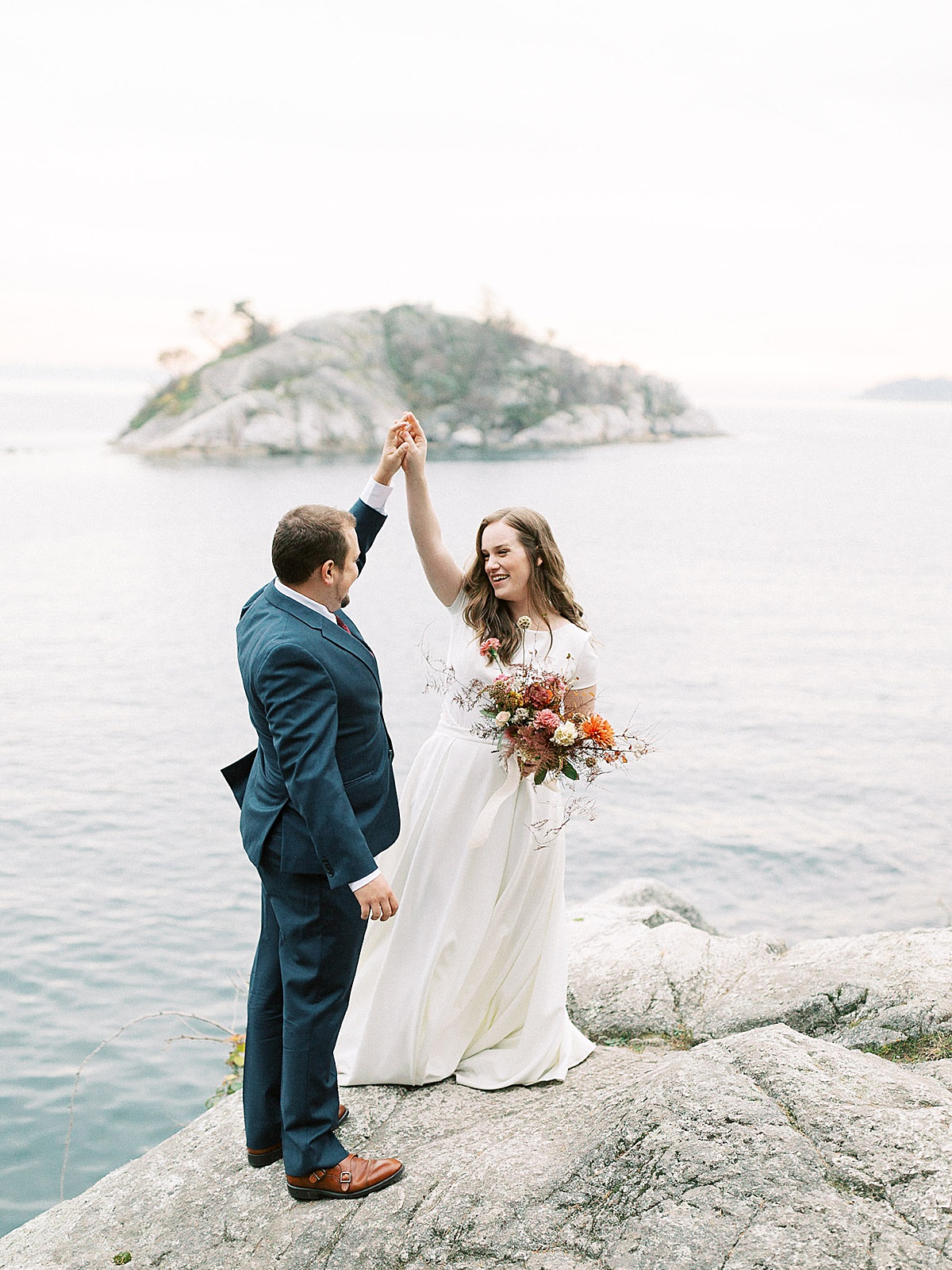 From the photographer: Many, many years ago, before Michael and Christina started dating, Michael lost a bet and subsequently owed Christina 5,000 red jelly beans. On their first anniversary, he delivered the first 1,000 – and that was all Christina ever thought she’d get. So when he pulled her aside during a sunny Saturday stroll along the Victoria Inner Harbour in January 2019, near the spot where they had first said “I love you”, she didn’t expect him to place a little bag of red jelly beans in her hand. On it was a note saying “Consider this a down payment for the rest of our lives together”. In the next moment, Michael was down on one knee with a ring in his hand – and she said “Yes!” before he could even pop the question. 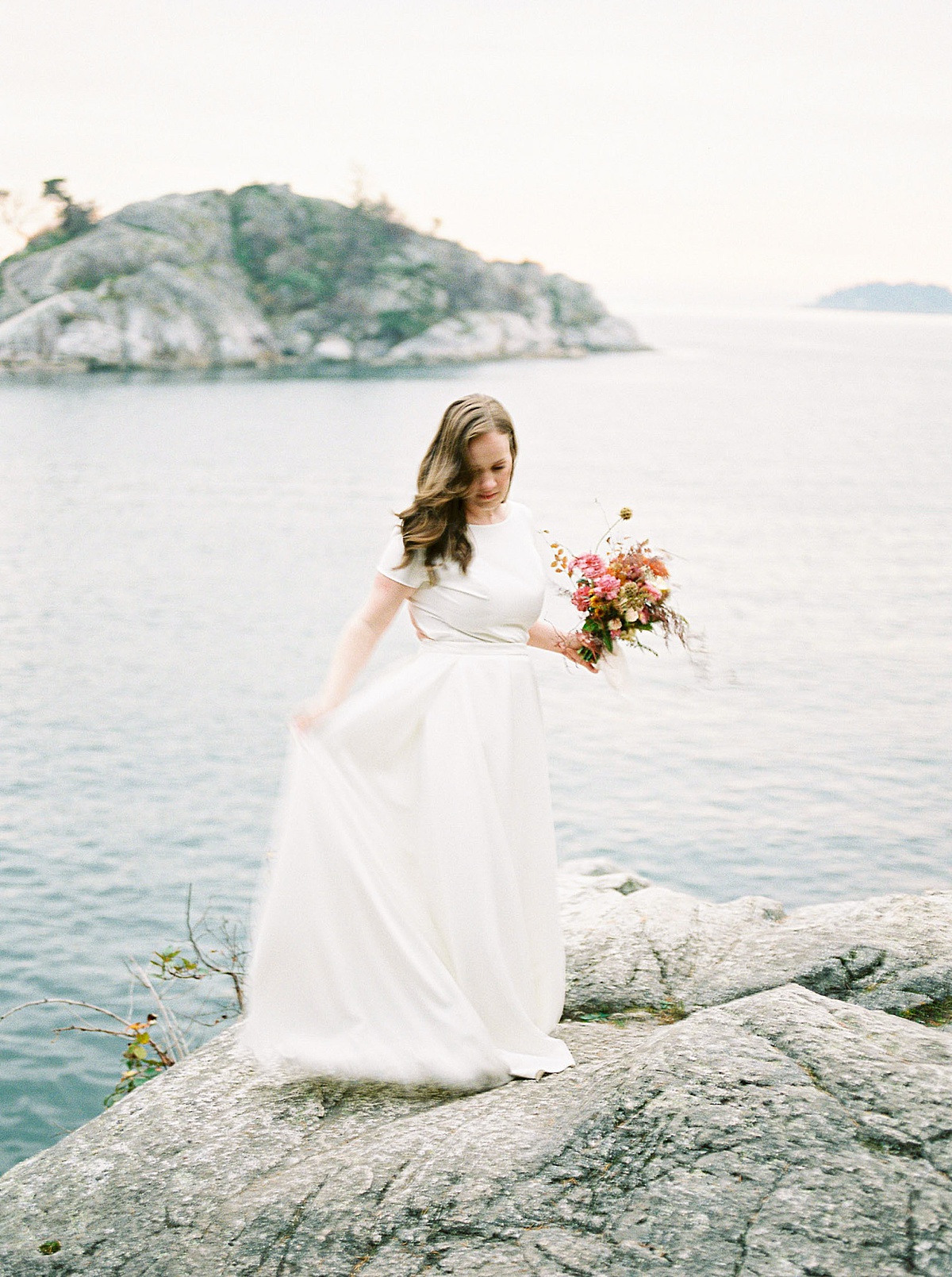 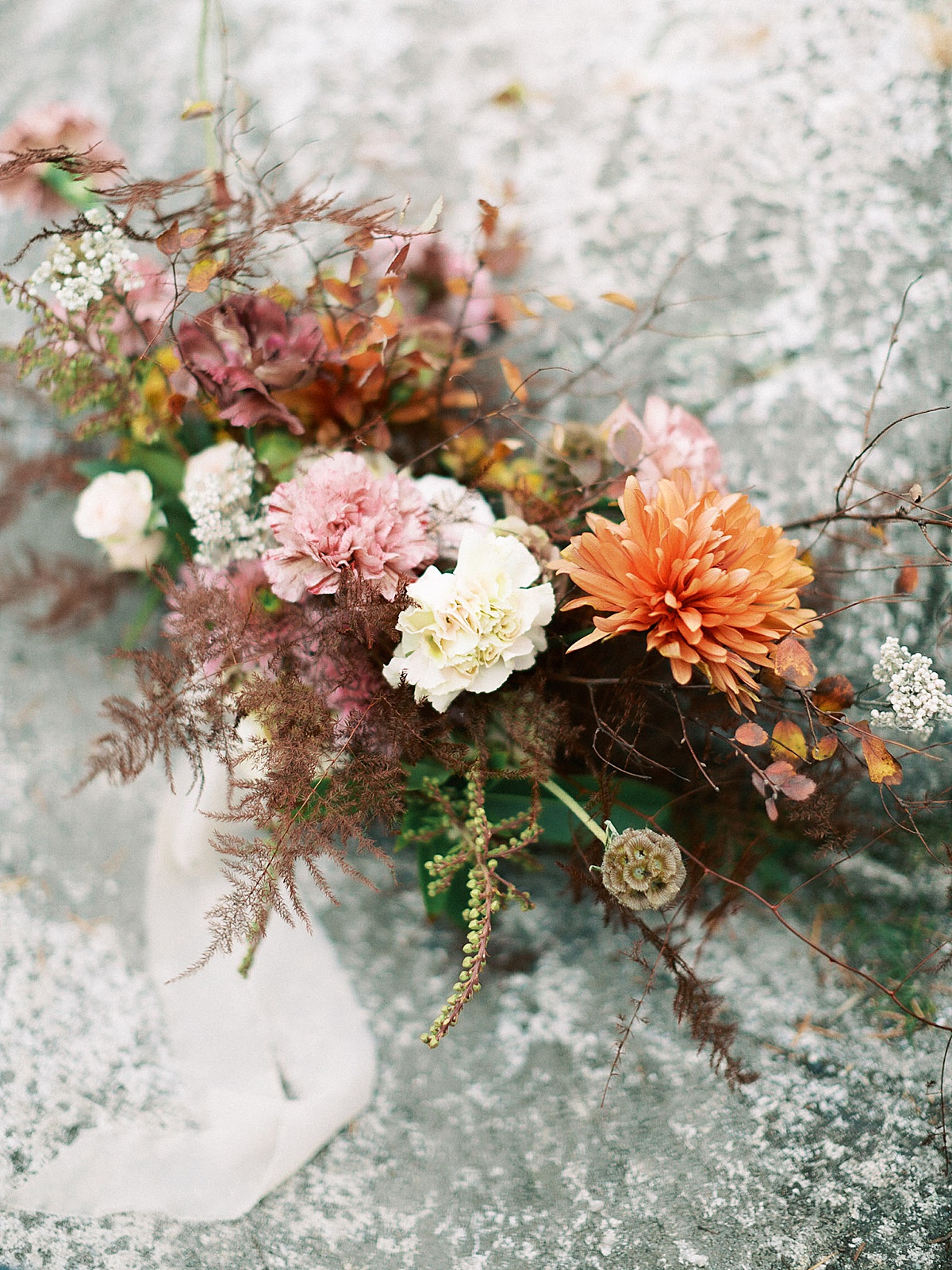 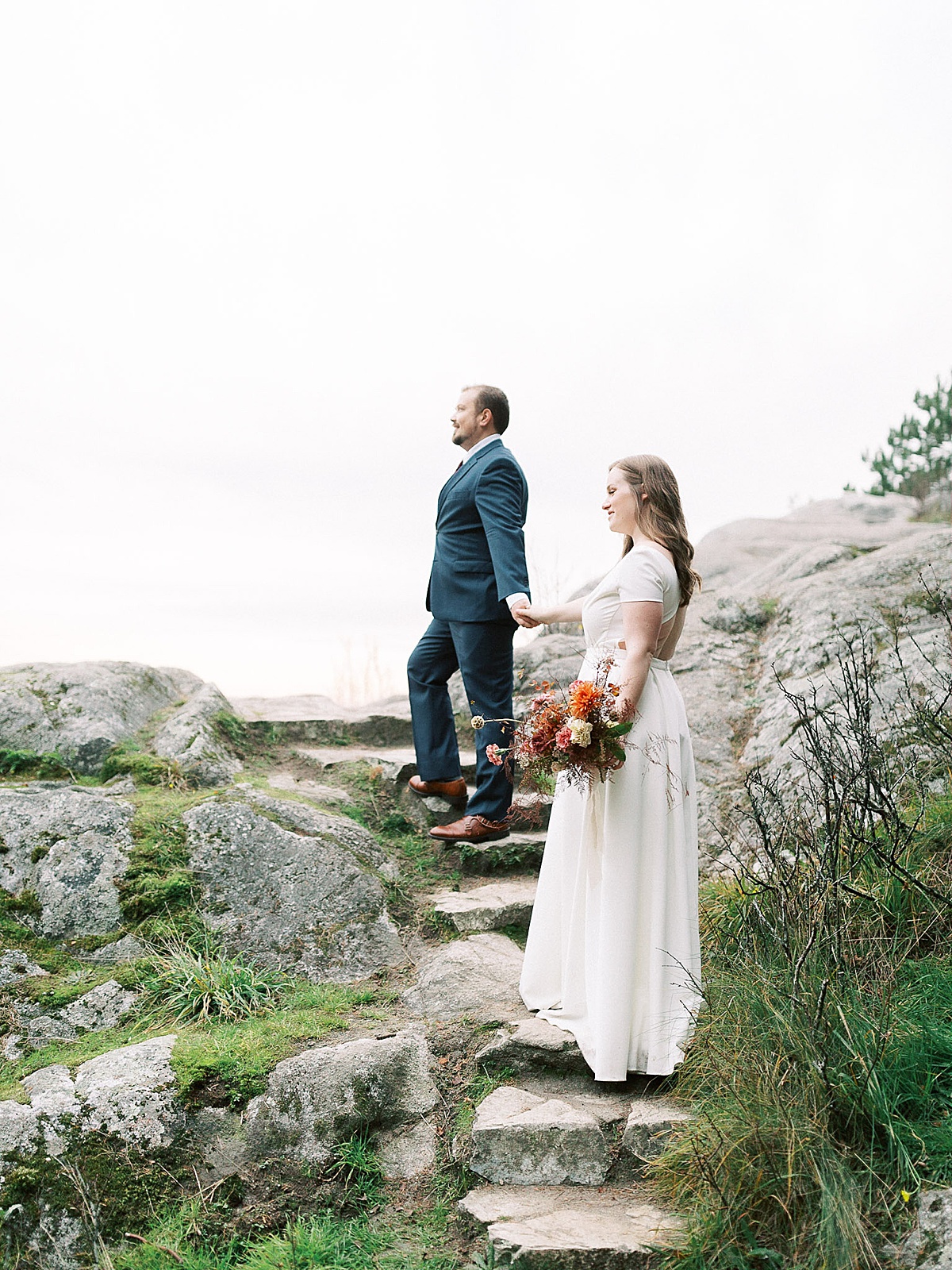 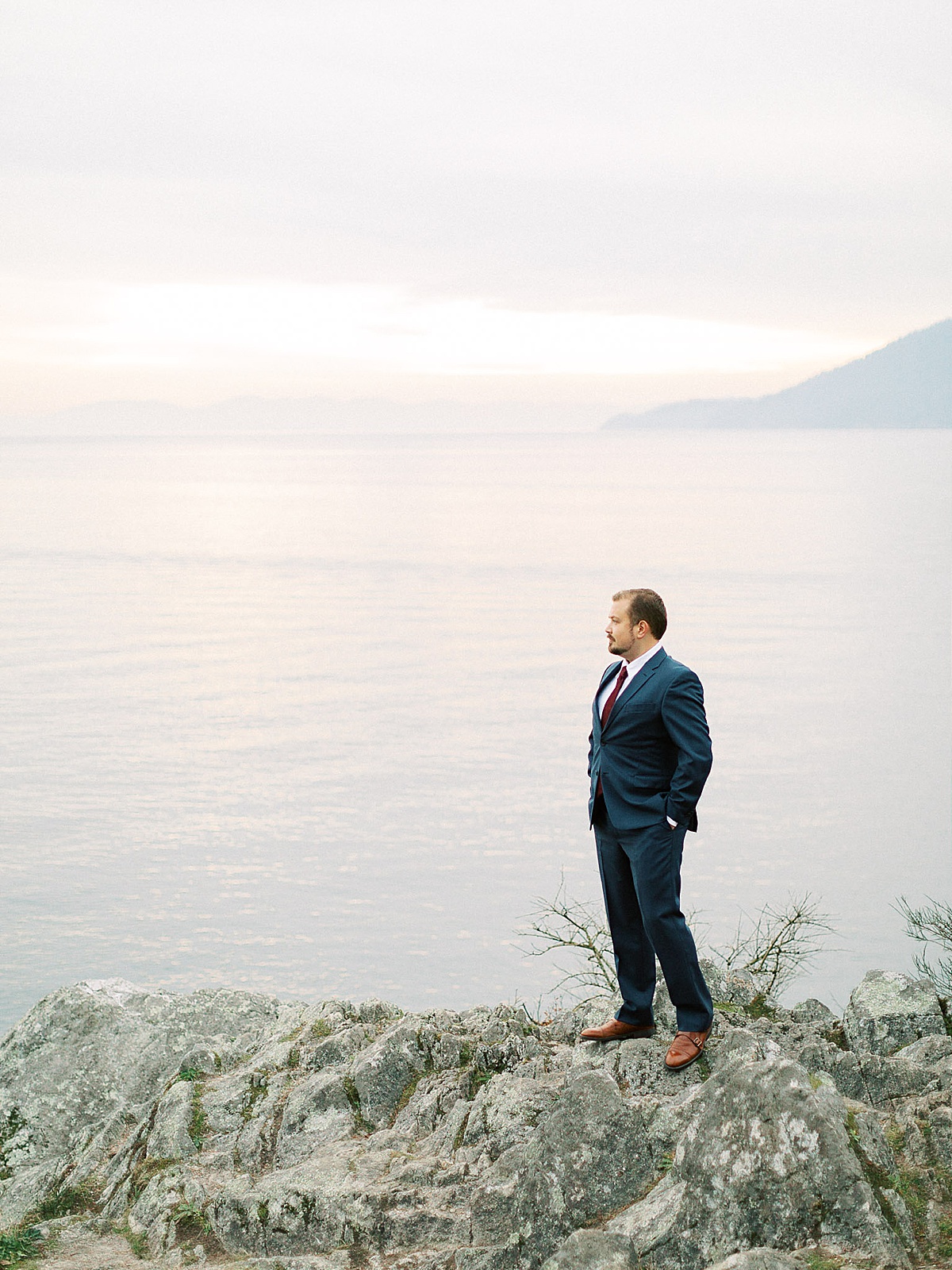 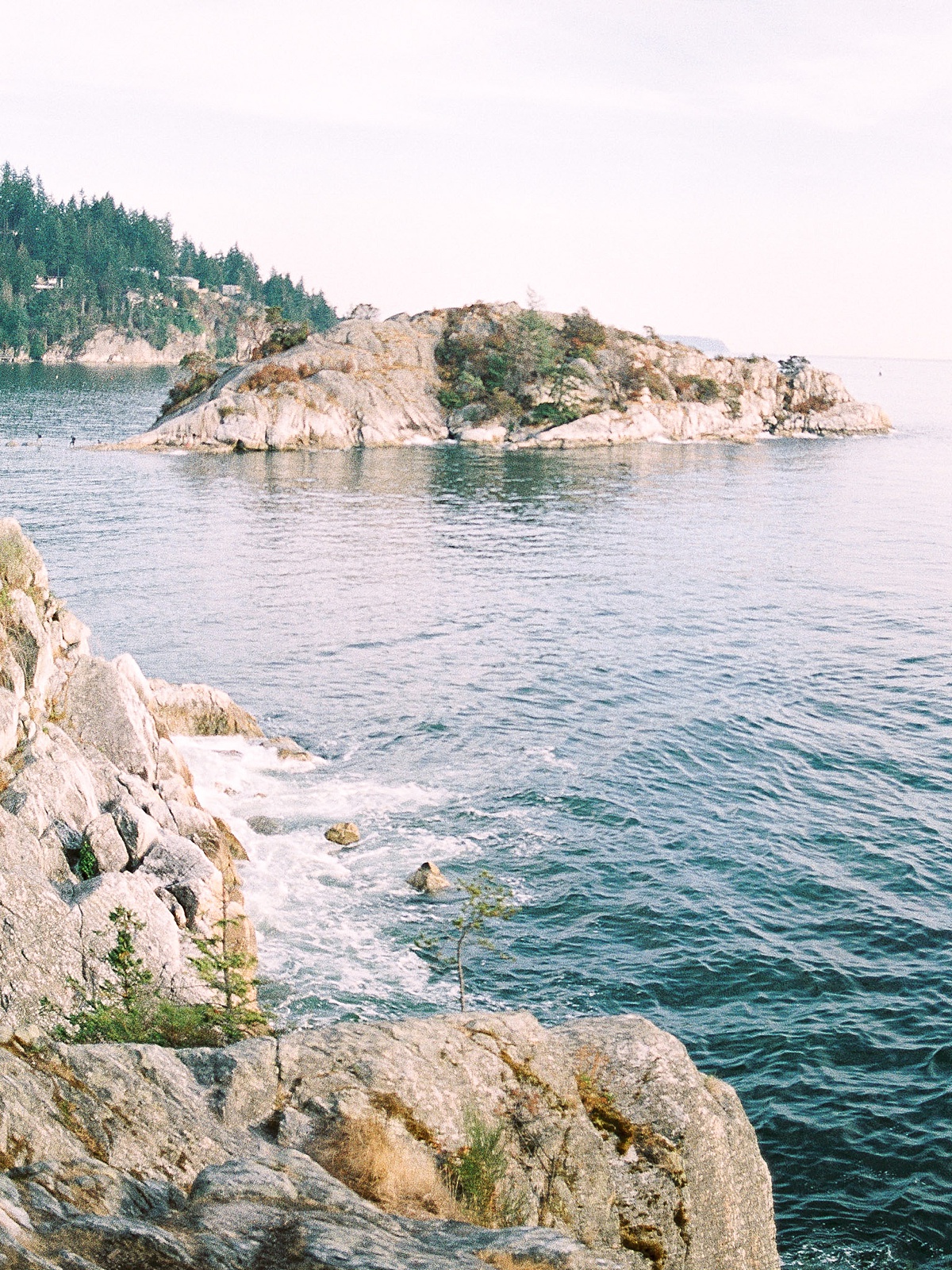 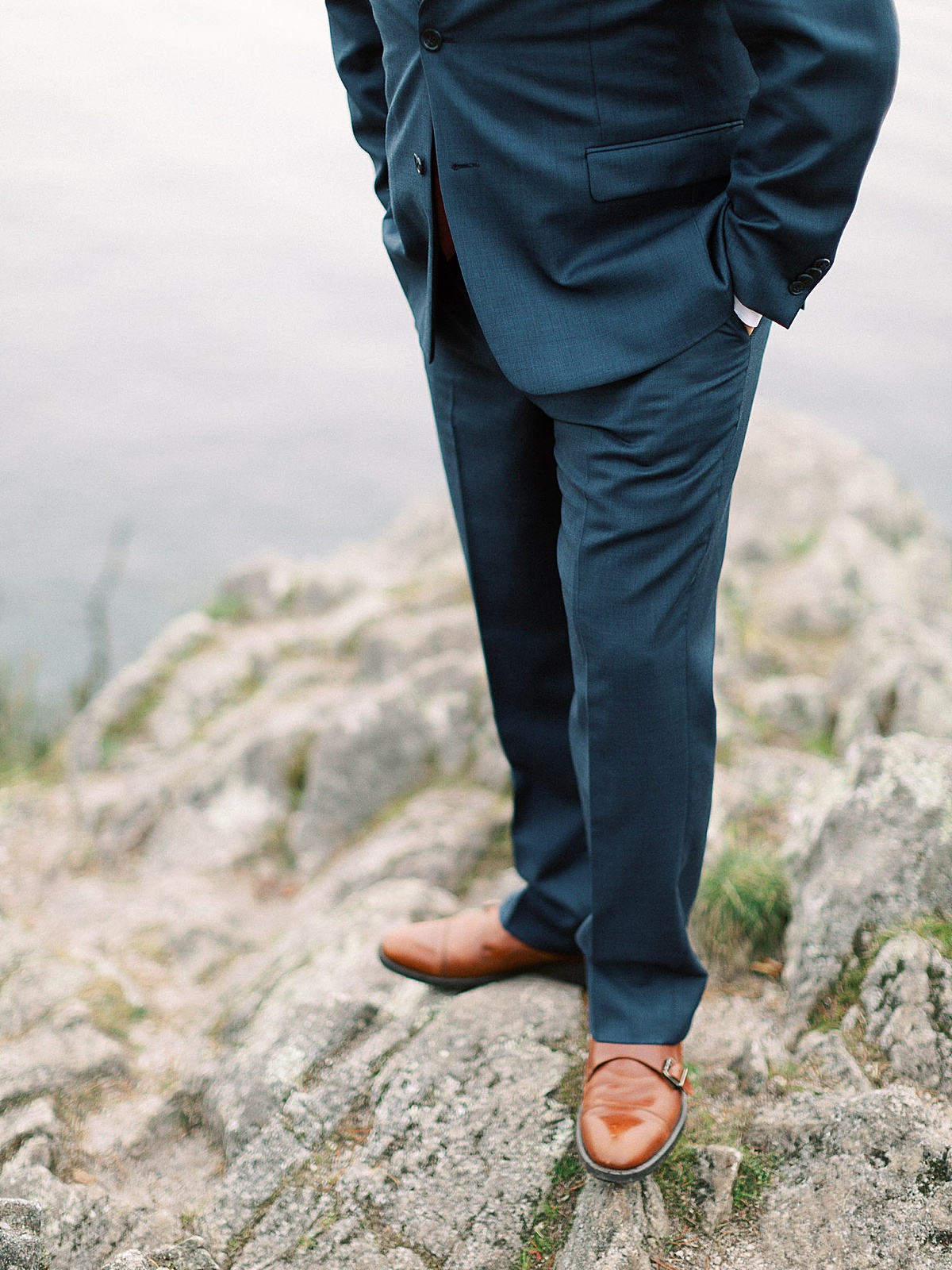