We love an elegant wedding day, filled with family heirlooms and memories! Jack and Elizabeth had just such a day, tied into a special memento that had meaning for them as a couple – an olive branch. We love that they made their day unique to both of them!

from the photographer: “Elizabeth and Jack’s wedding day was upscale and elegant, with many classic and romantic elements tied in. The two decided not to select a wedding “color,” but rather a theme. They chose to use the “olive branch” in all aspects of their wedding, from invitations, save the dates, thank you cards, and even the florals themselves. The olive branch is a sign of how they as a couple are open-minded and want to welcome you with open arms and peace. Long garlands of white and greenery decorated the reception tables, and even the bride’s wedding dress had a beaded appliqué of asymmetrical vines throughout the bodice. Jack and Elizabeth were married at St. Vincent Martyr Church in Madison, New Jersey. After a perfect ceremony, guests arrived at the Park Savoy Estate in Florham Park for a luxurious cocktail hour and EPIC reception.” 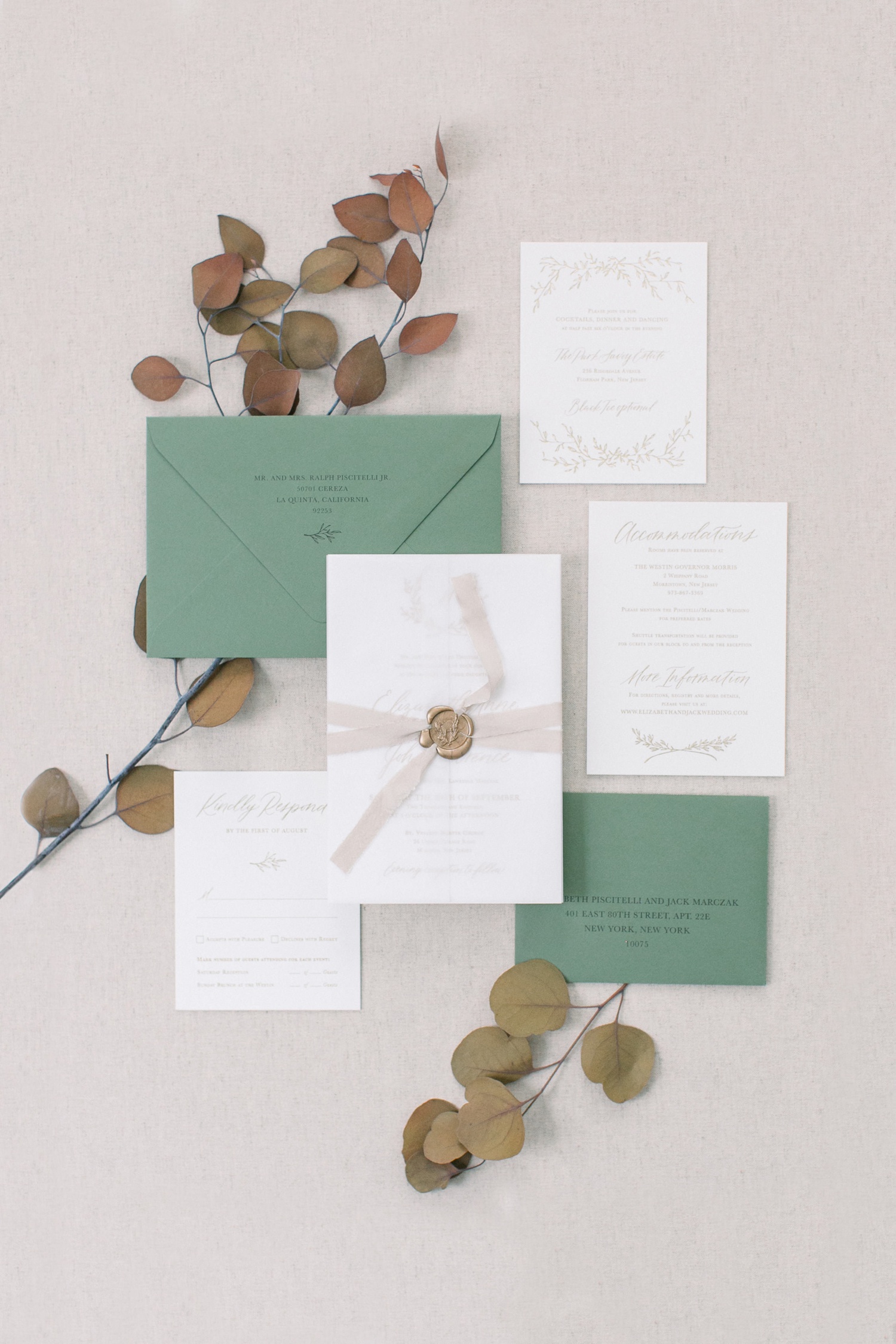 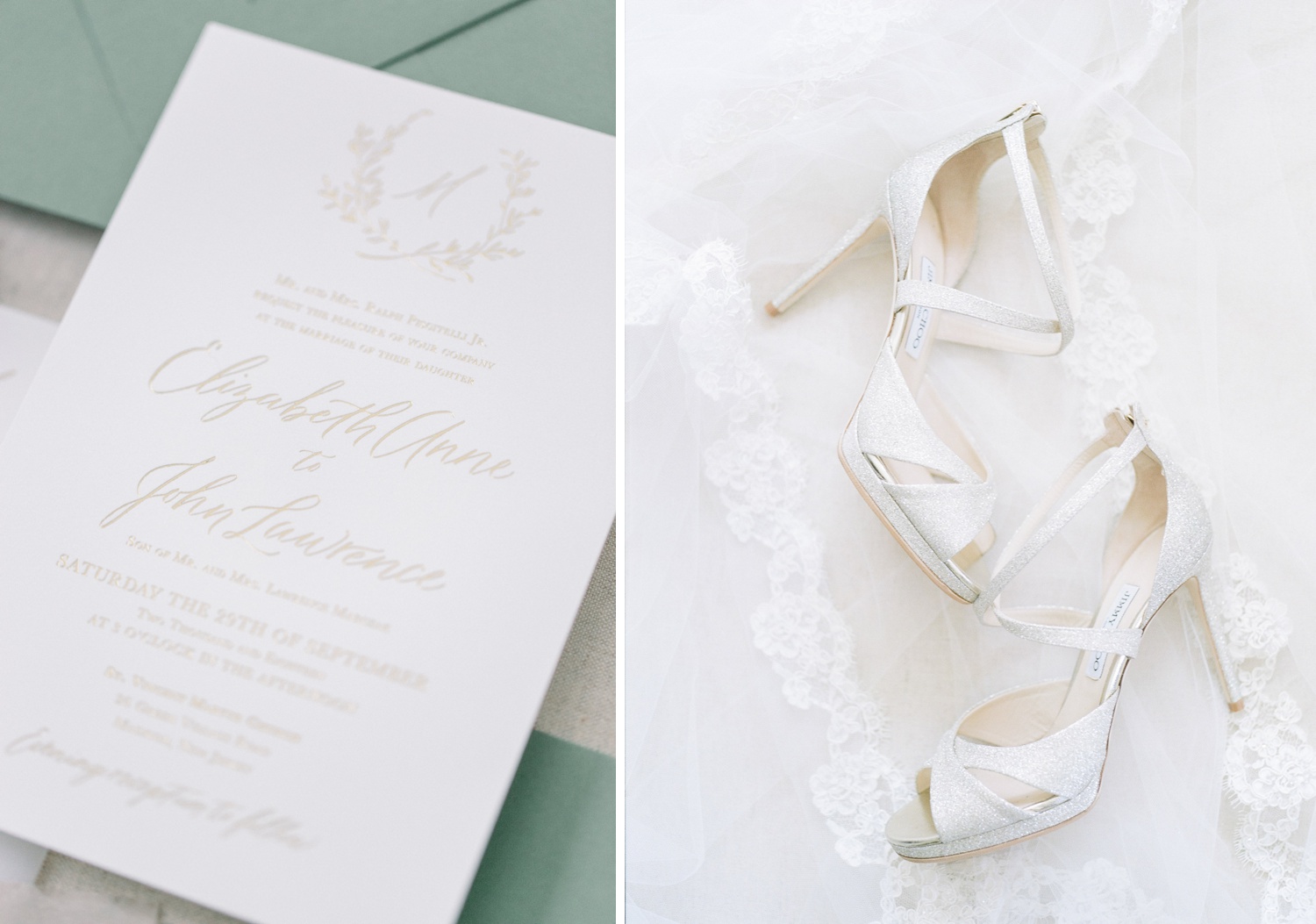 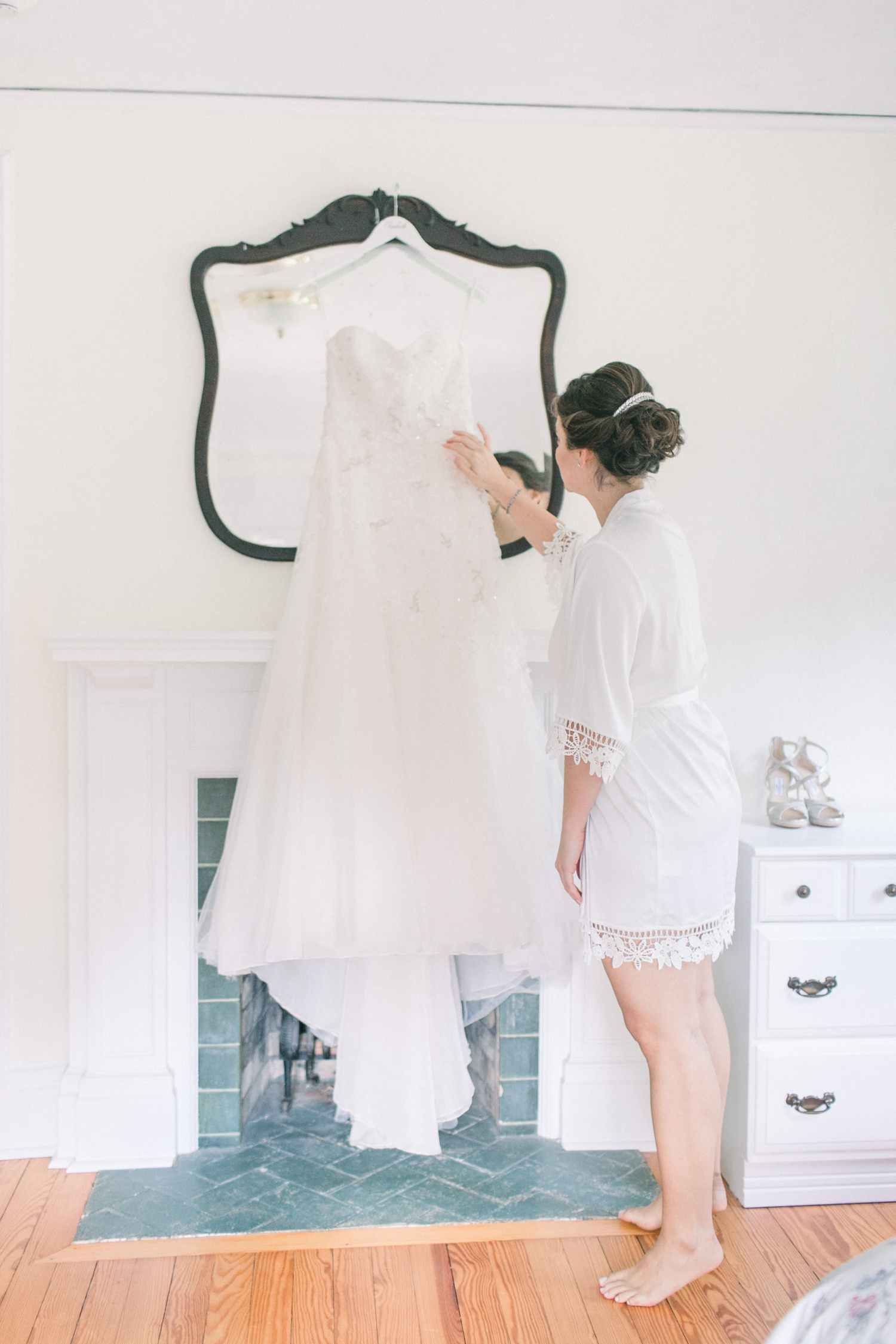 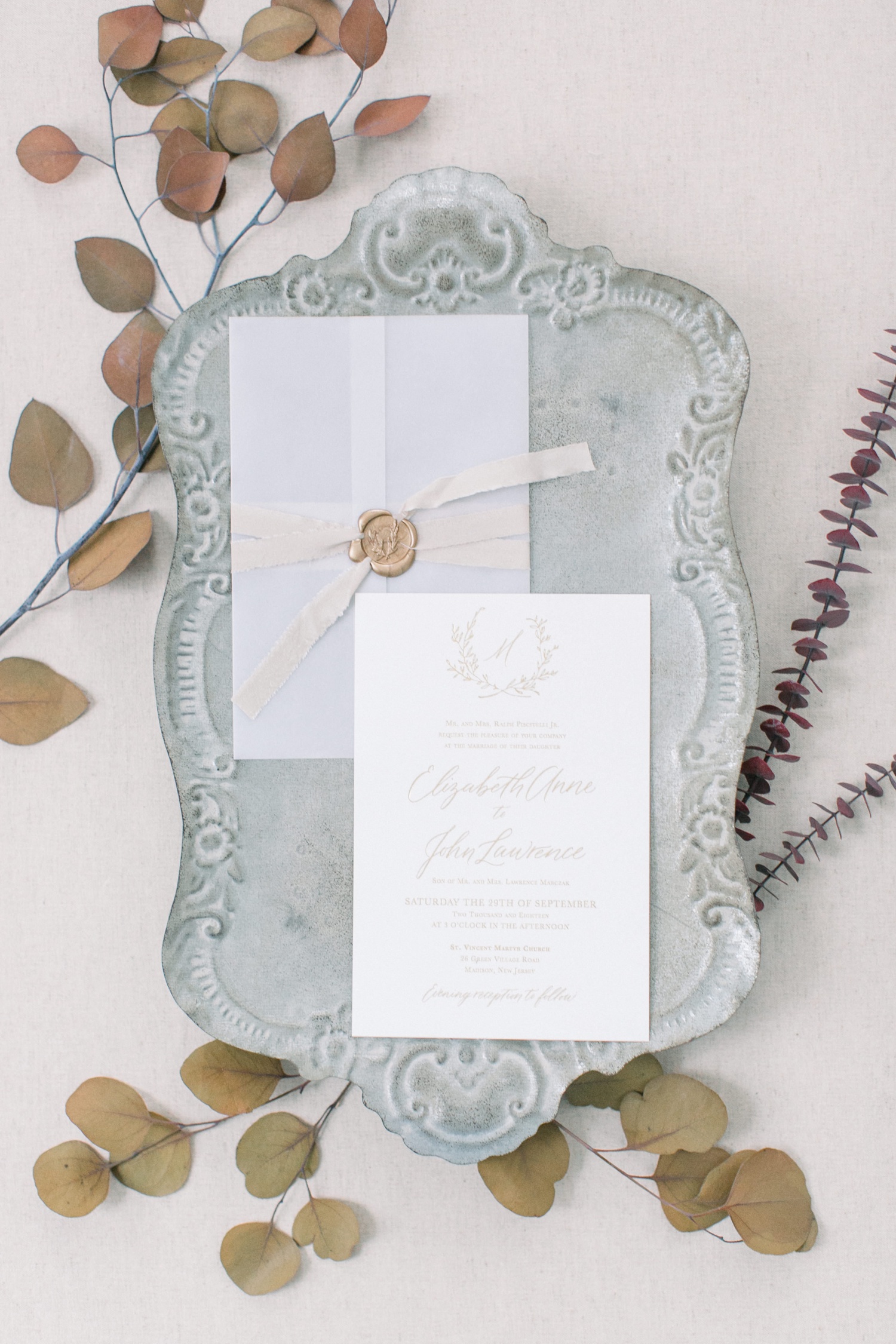 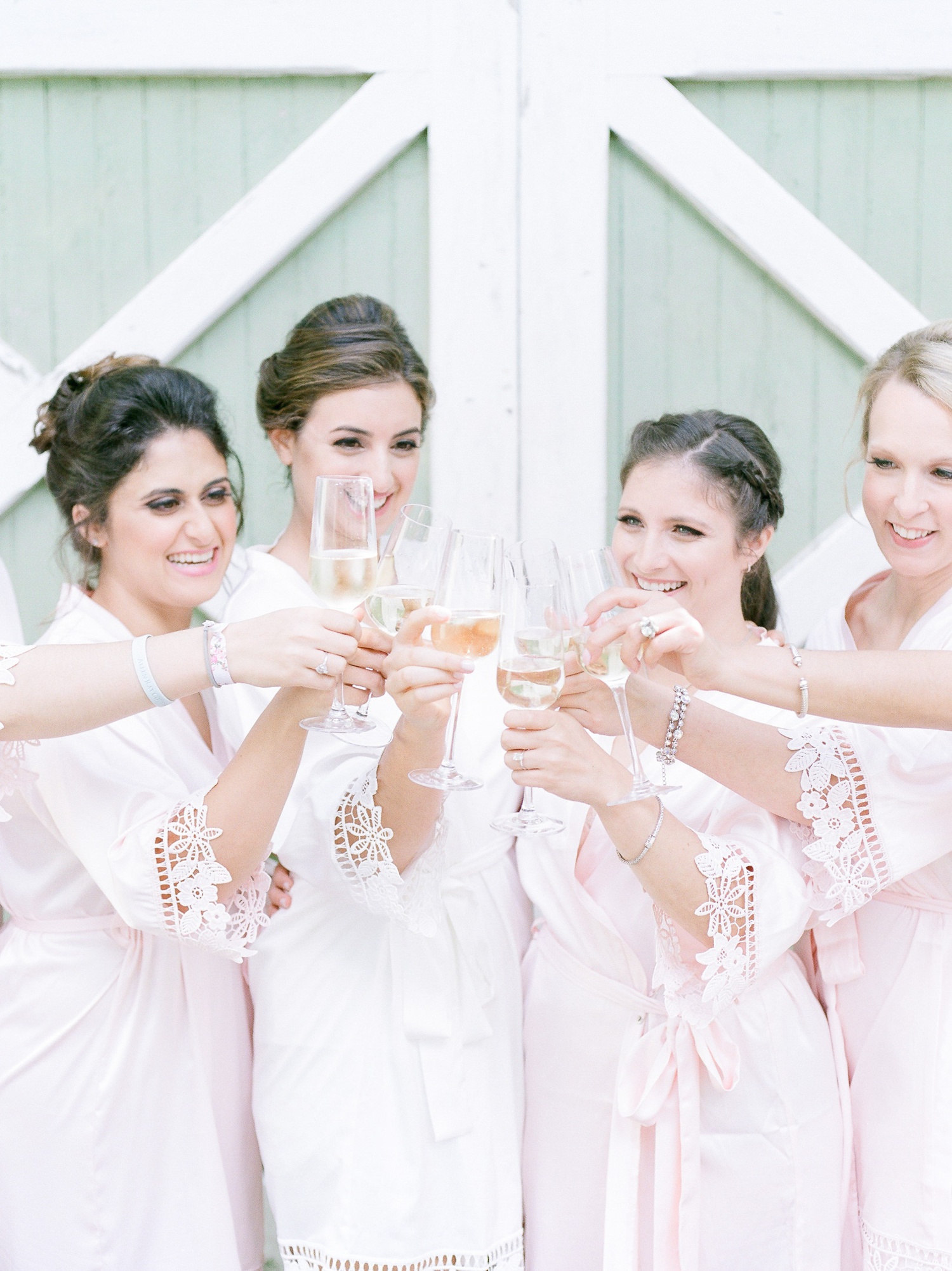 How did you meet?

Jack and I met at a charity event hosted by my former employer. They spent the evening dancing and having fun, exchanging numbers at the end of the night. Jack was a client of my company and was egged on by his Relationship Manager to ask me out. He really took his job title seriously! We went on a few dates the summer of 2013 and became “official” on a warm summer night at a bar in NYC. 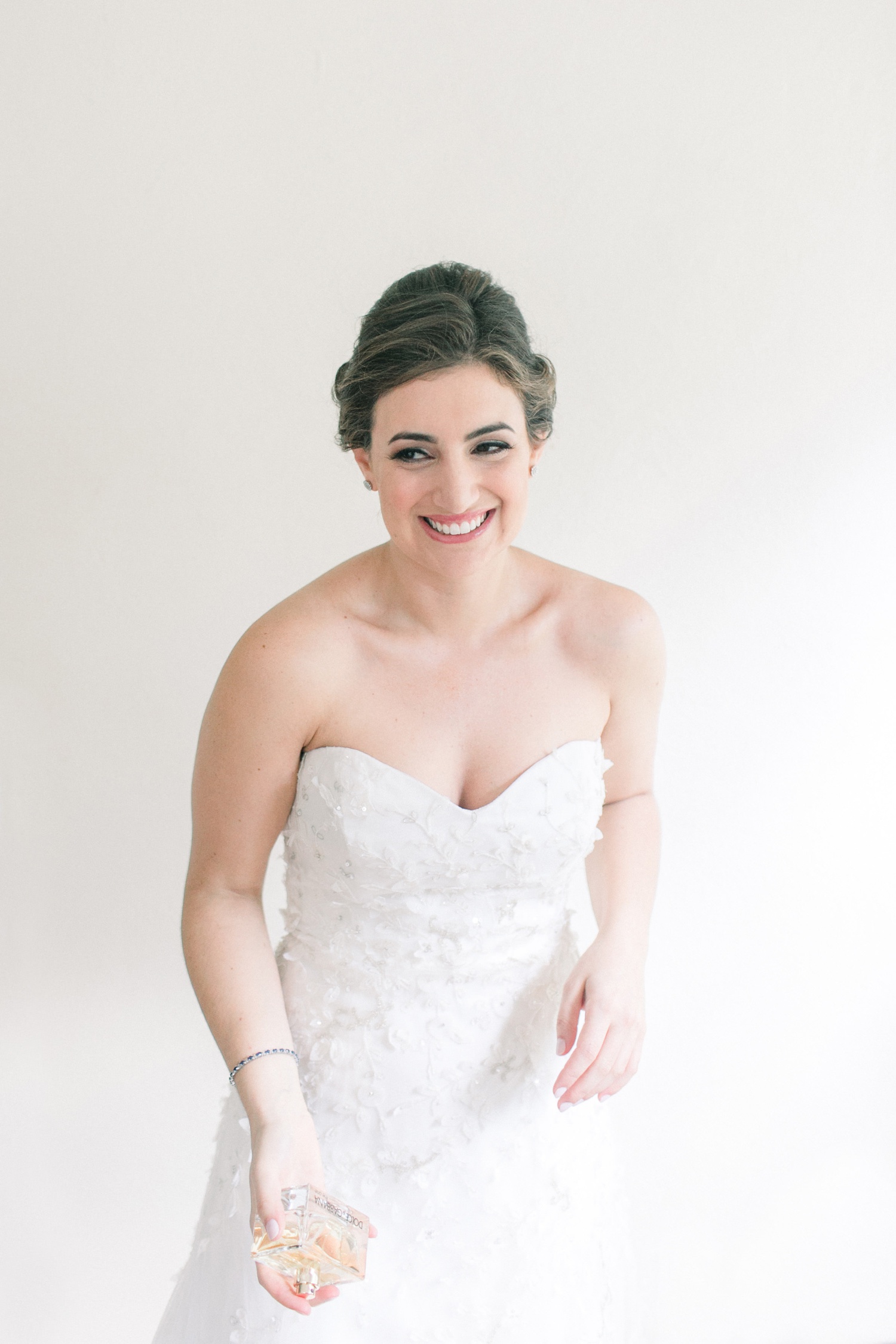 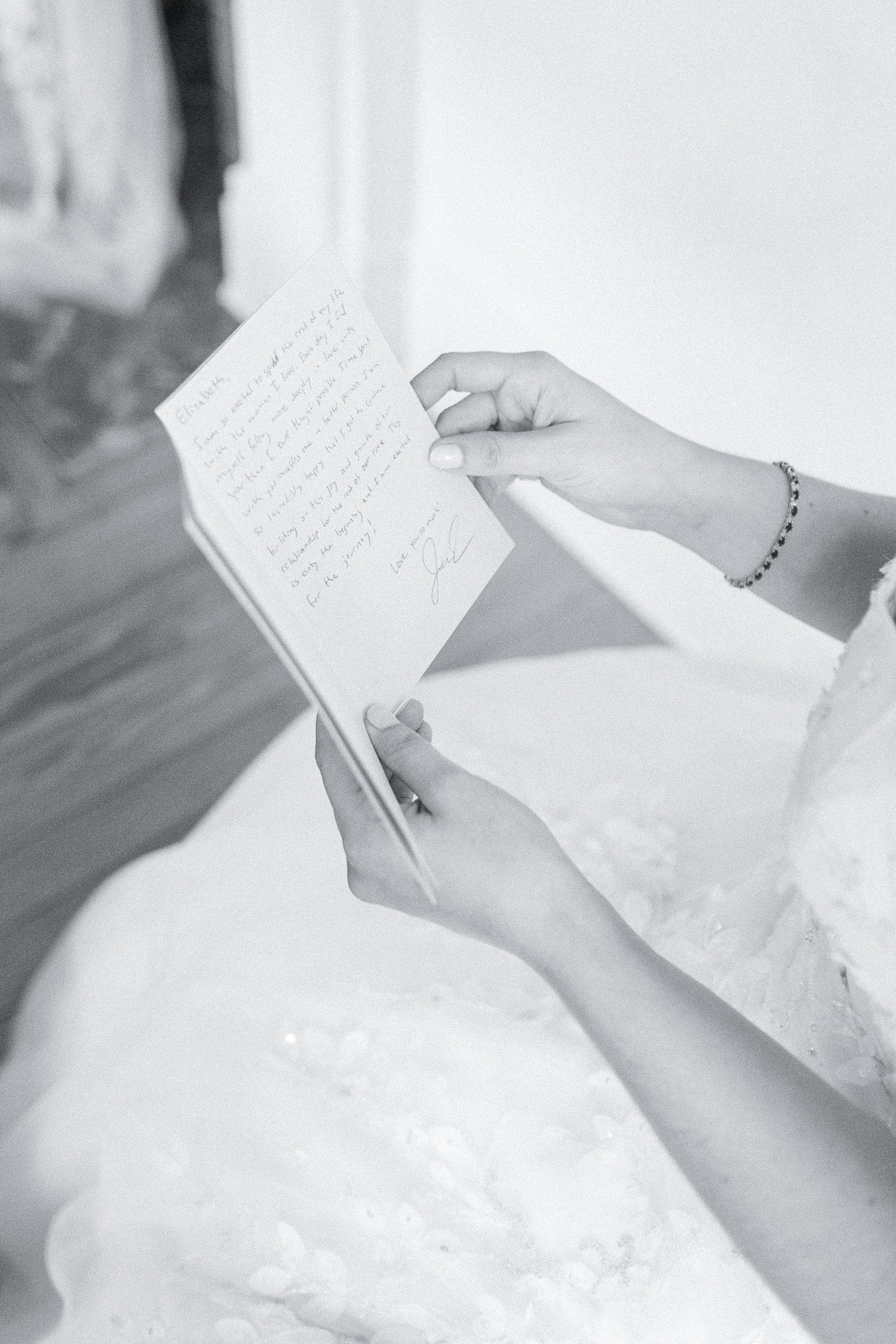 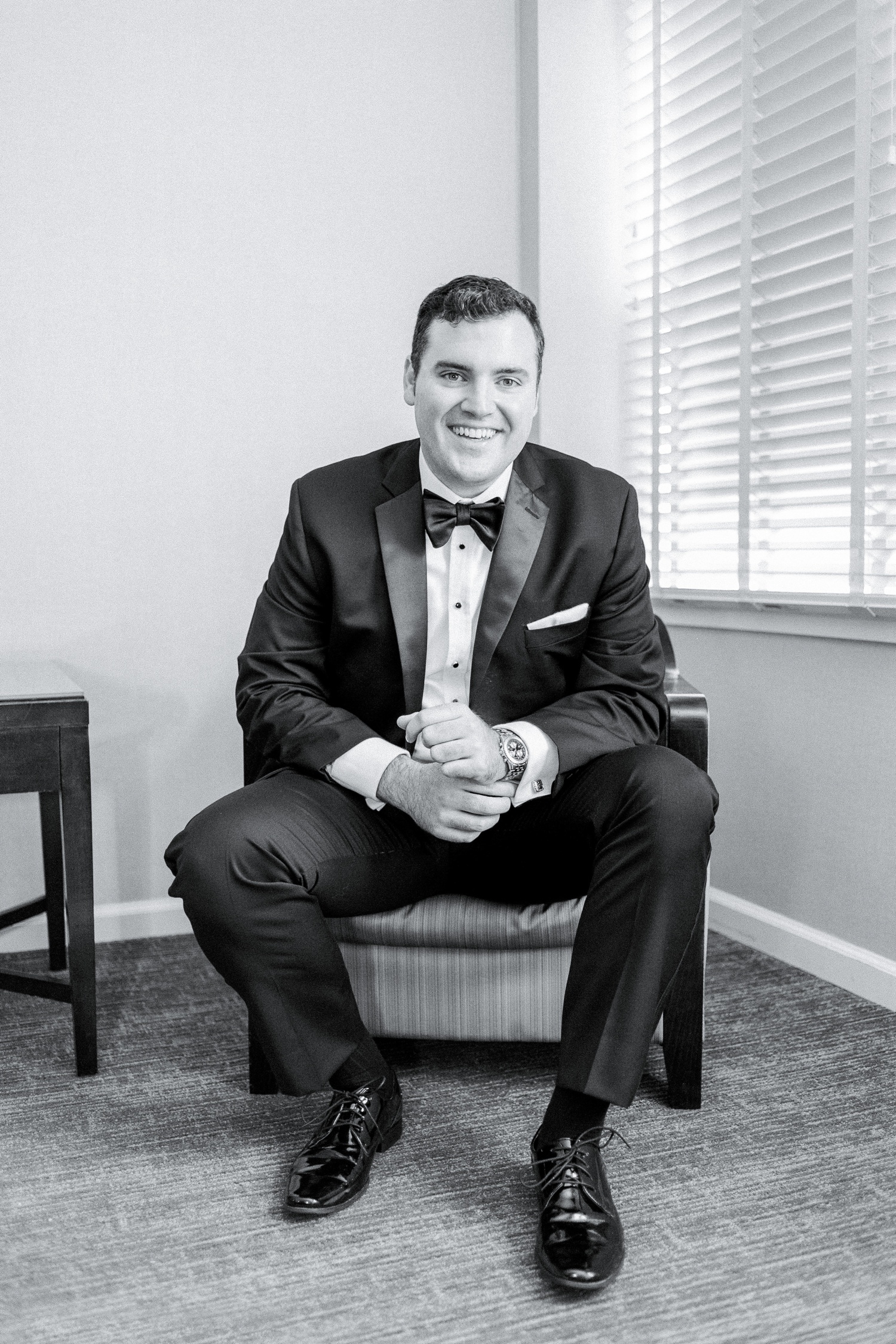 What is your proposal story?

It was bone-chilling, 10 degree day in March in New York City. Jack and Elizabeth were in the final leg of training for the NYC Half Marathon and decided to brave the cold and go for a long distance run in Central Park. Elizabeth made it 2 blocks in the cold before ducking into the gym for warmth and continued her work out indoors. Jack being from Minnesota and able to brave colder temperatures, continued to run 7 miles outside. While at the gym, she received an email from her apartment building for a floral delivery. After confirming it was not from her friends and immediate family, she texted Jack asking what it was for. He immediately called her and said he was on his way home, but asked Liz to stay at the gym.

When Elizabeth got back to the apt, she was surprised to see Jack hanging out on the couch with no flowers in sight. Jack said the email for the flowers was for the wrong apartment. Elizabeth brushed it off and continued on her Saturday errands around the neighborhood. When she got home, Jack had surprised her with a beautiful proposal and had decorated the entire house with photos, food, champagne and of course – the floral delivery. He had cleverly hid the flowers and was thrilled Elizabeth did not catch on from the email. Unbeknownst to Elizabeth, Jack planned an evening post proposal at a nice restaurant followed by a visit to the venue where they had first met five years prior. 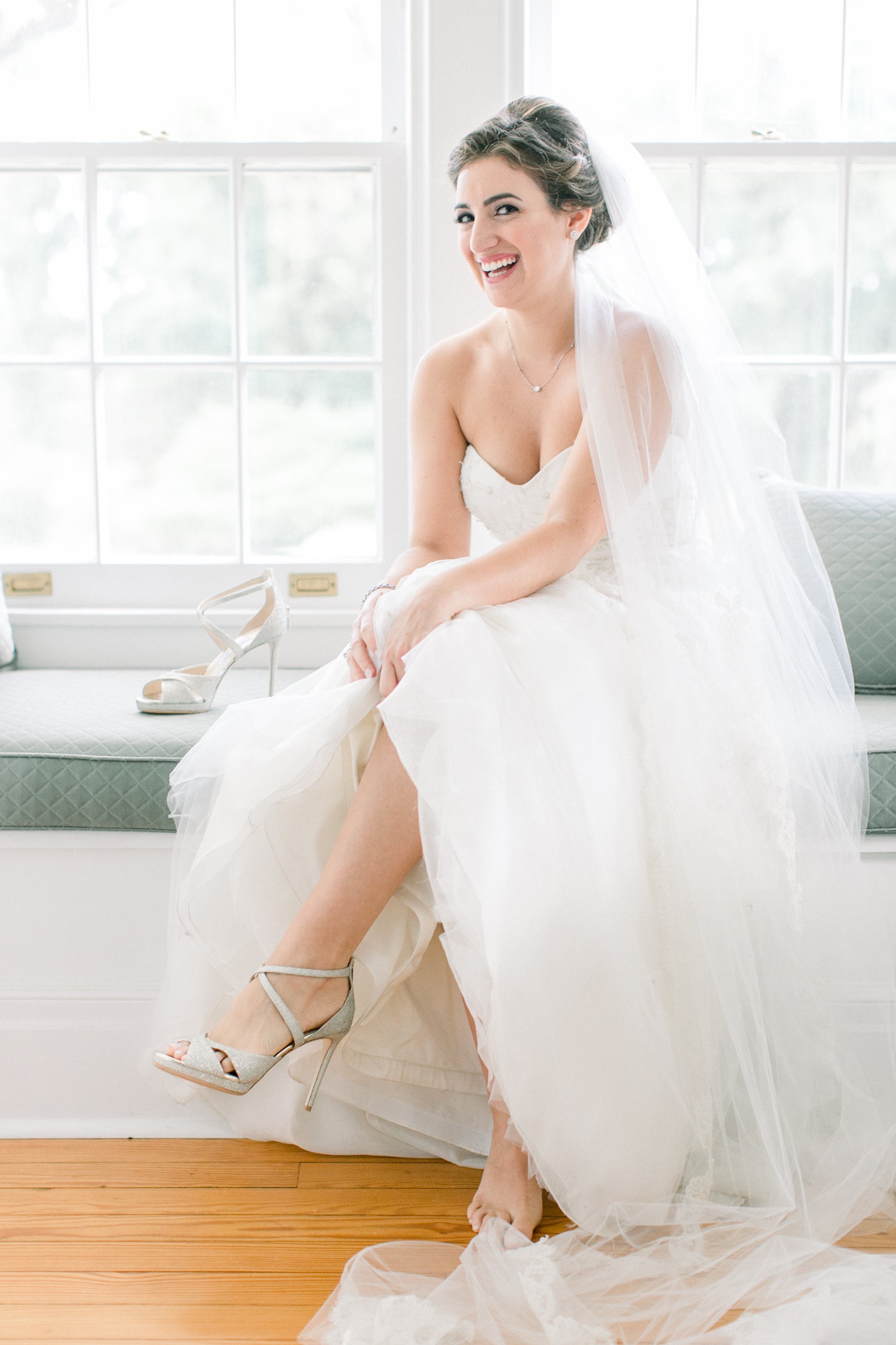 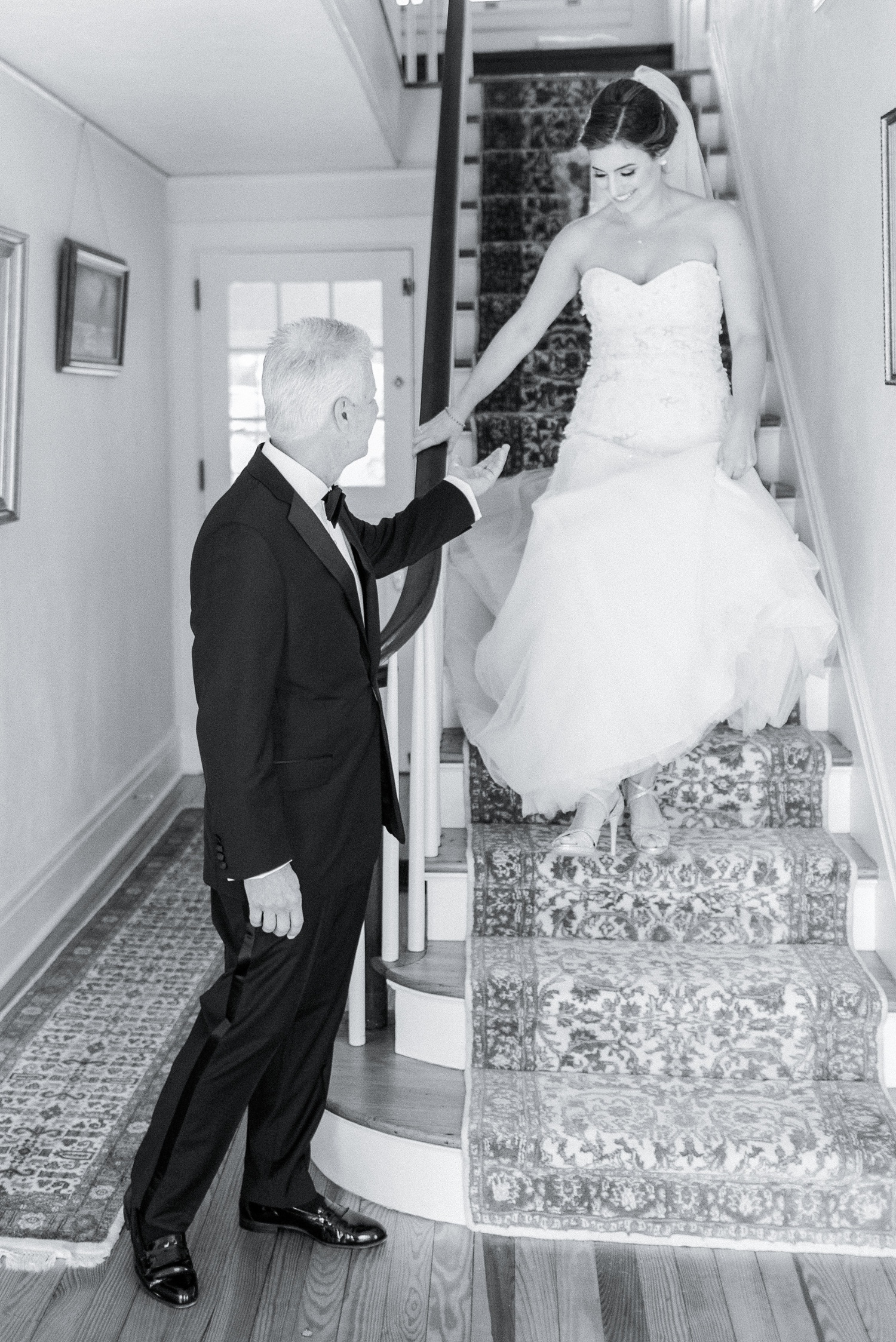 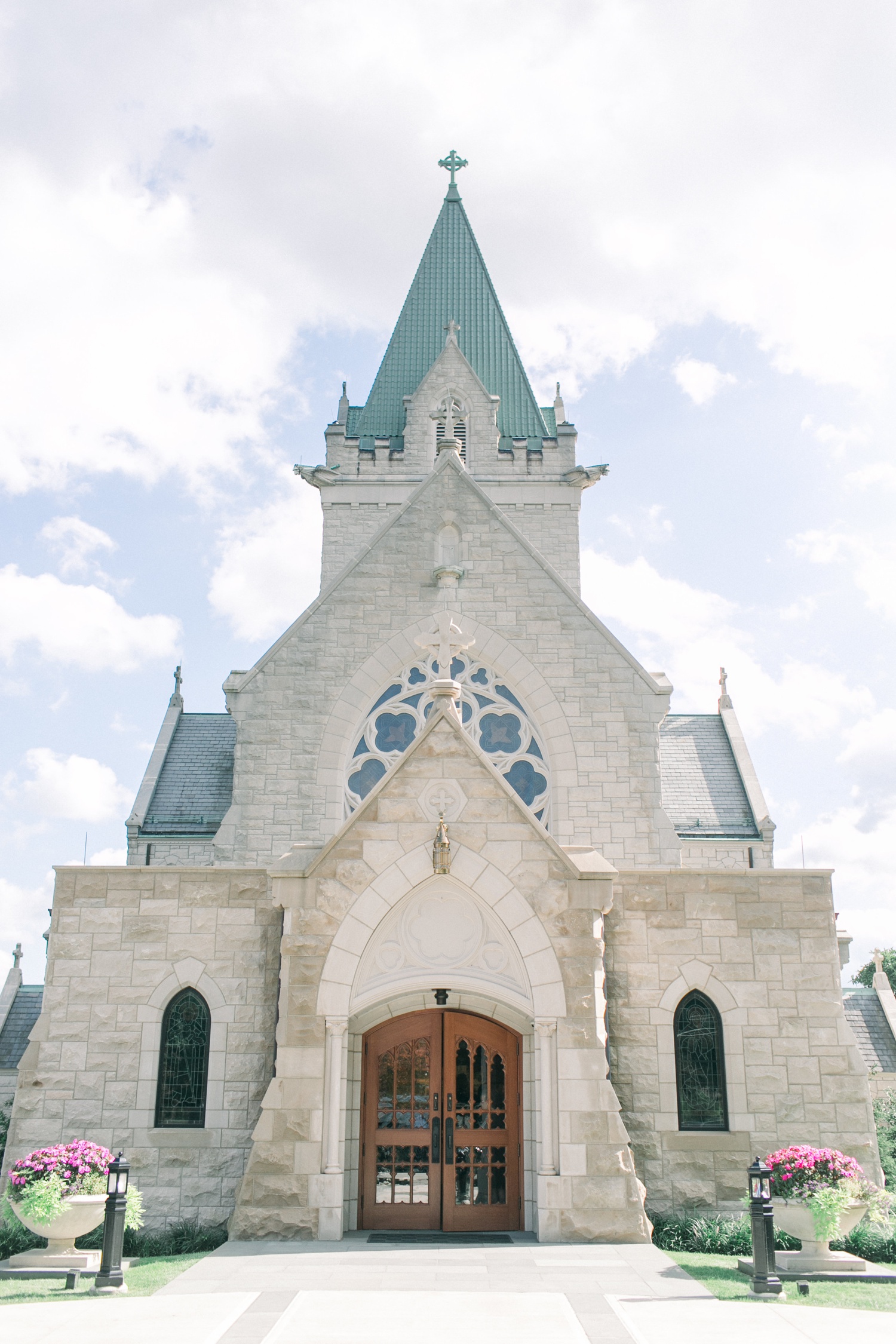 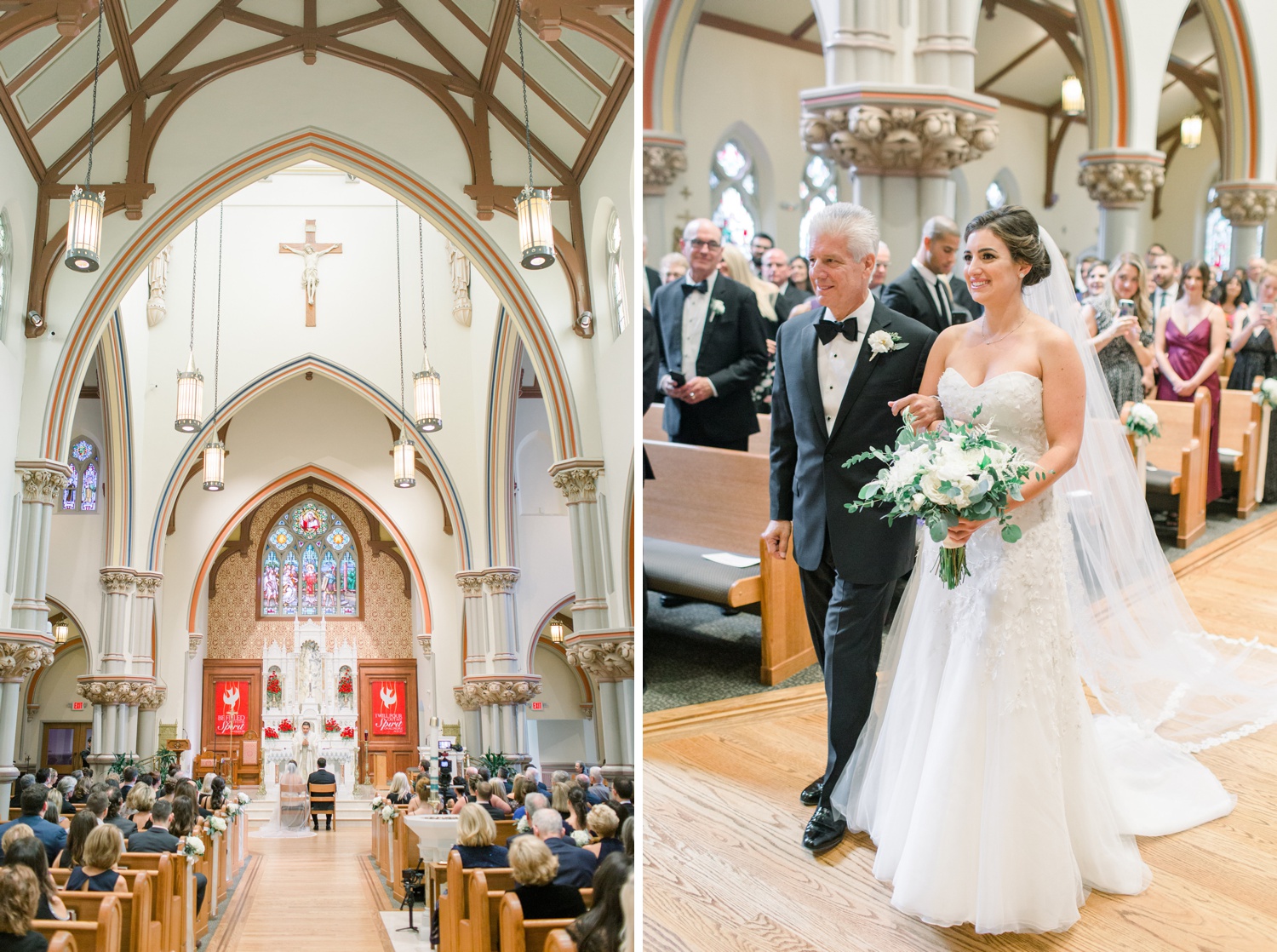 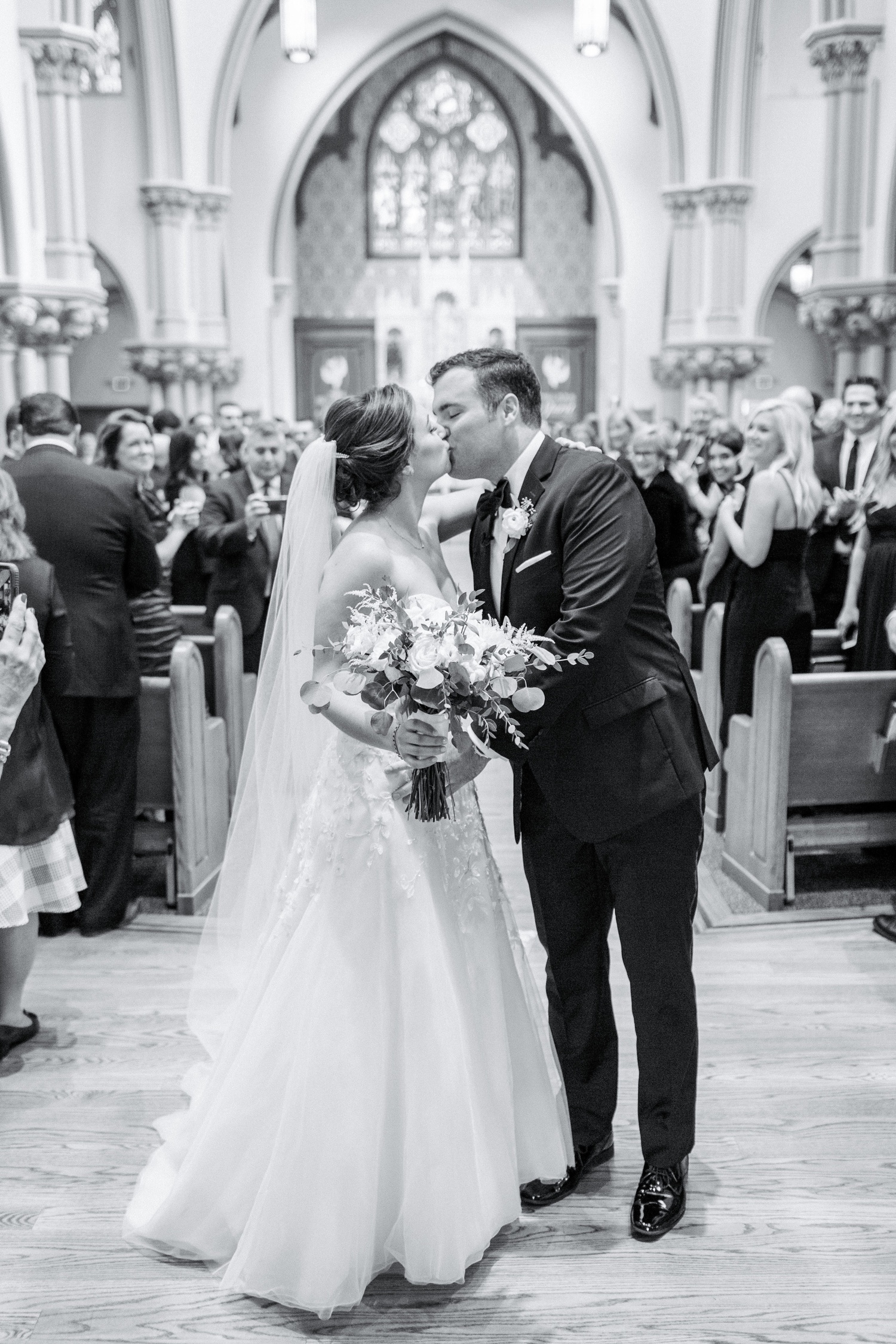 Tell us about your wedding vision!

The vision for our wedding was traditional, elegant and festive. The quality of our guests’ experience during our wedding weekend was our top priority and factored into every decision we made, starting with location. We had family and friends on both sides traveling by air internationally and domestically and wanted assurance ample lodging options and access to a major airport were feasible. The Morristown, NJ area offered this convenience, while maintaining a close proximity to NYC for our local friends and family. We kicked off the weekend with an intimate rehearsal dinner at the Huntley Taverne in Summit, NJ followed by a welcome party at the Westin Governor Morris Hotel to bring all guests together. The bridal party morning took place at Ellinwood Estate home in Boonton, NJ, nearby the ceremony and venue. The secluded location put everyone at ease going into the big day. The estate home doubled as a beautiful landscape for our video and photography, too.

Our wedding date of September 29 was a significant choice, as it is the anniversary of both of our parents! In addition, Jack is a huge University of Wisconsin Badgers football fan, who happened to have a big bye week the day we got married. The stars were aligned! 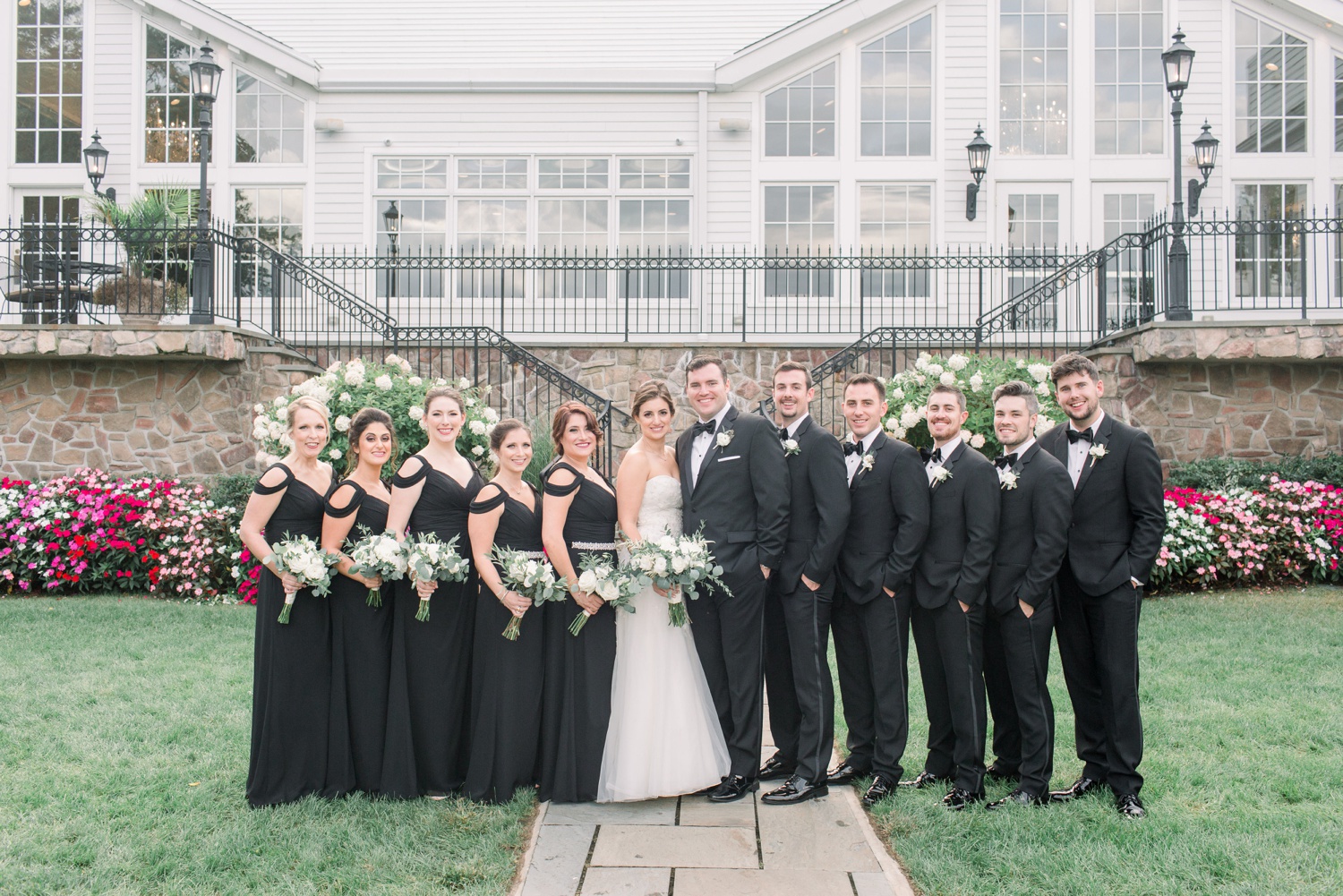 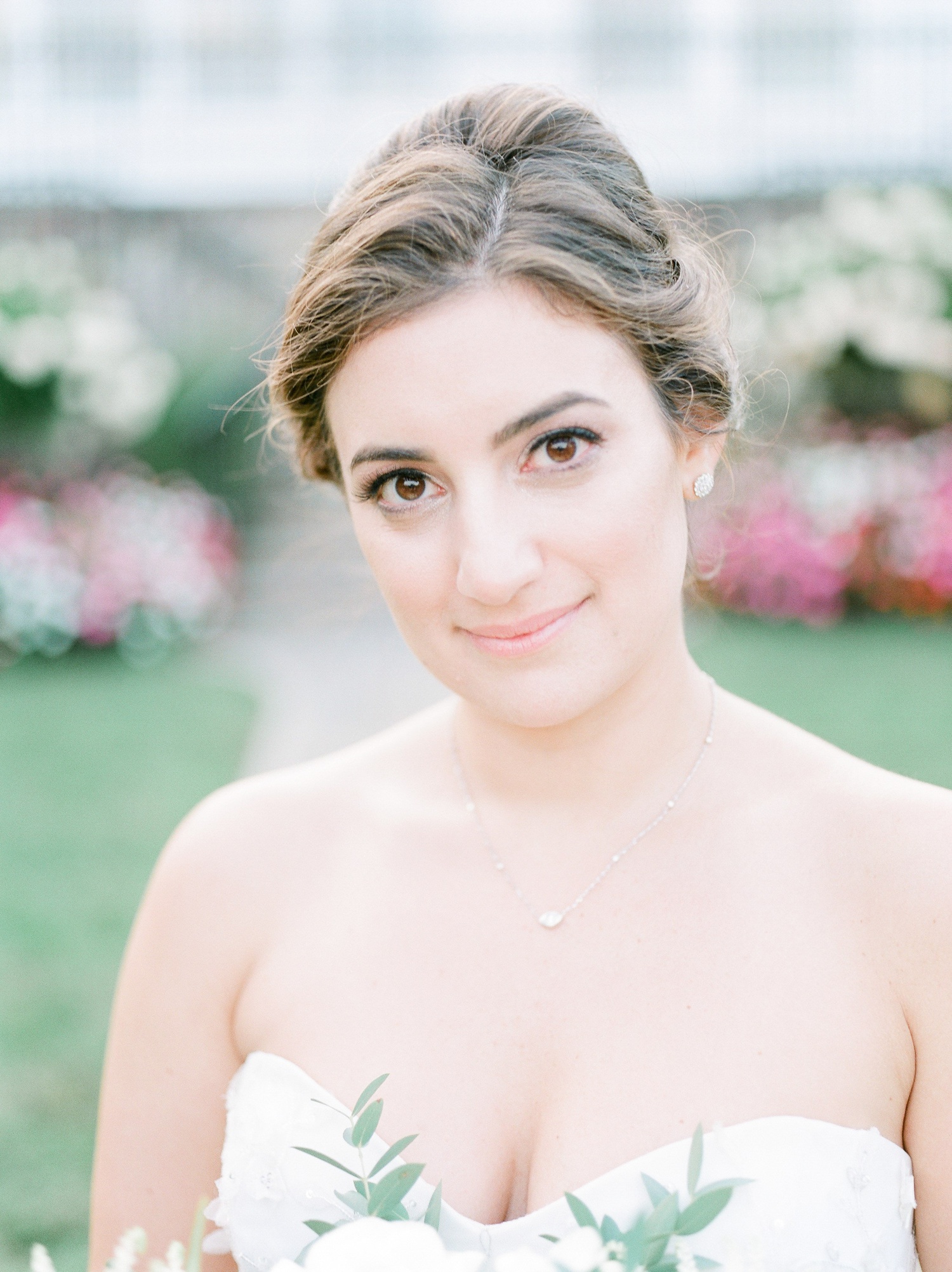 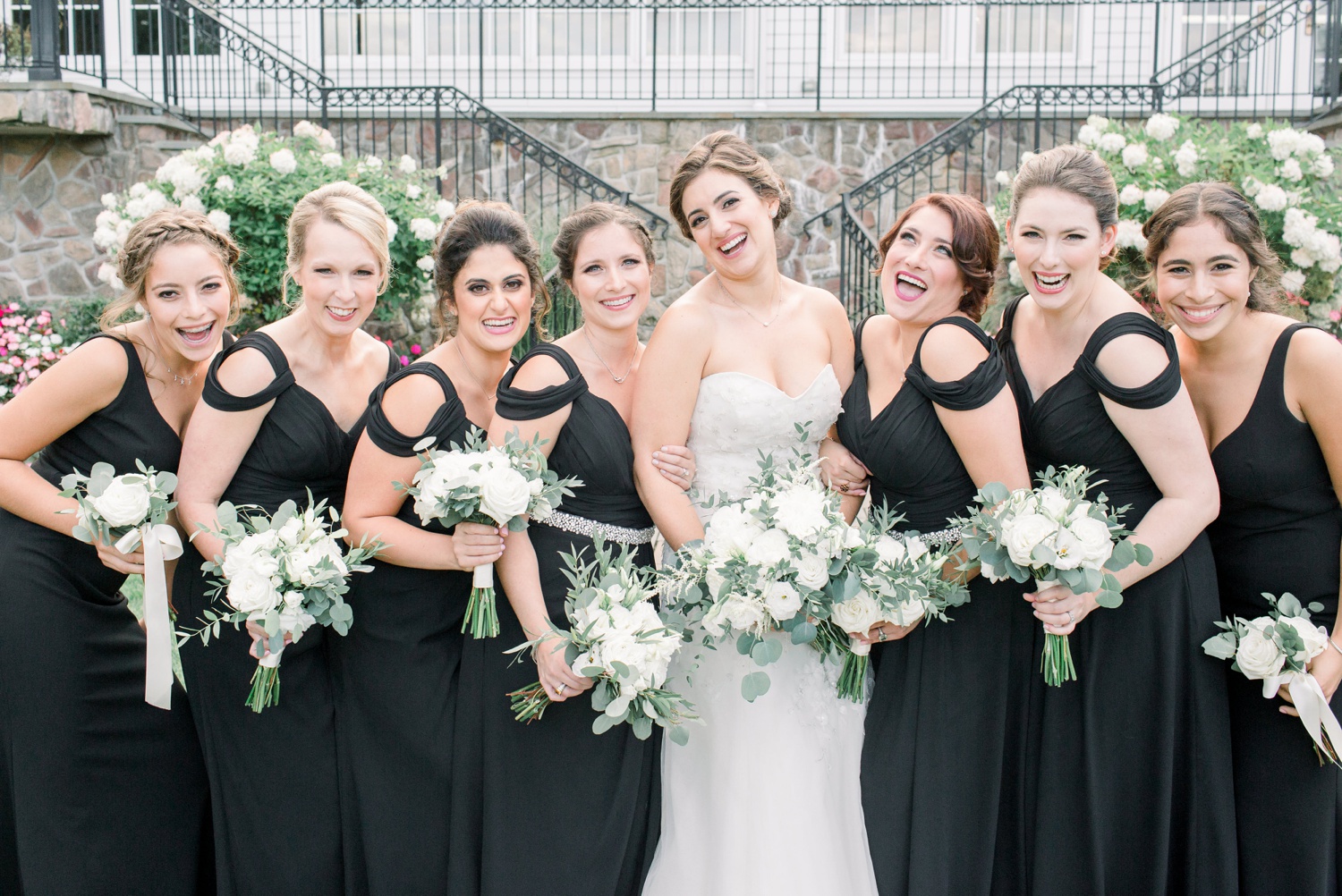 What influenced your attire choices?

The CHRISTOS gown I wore was the first wedding dress I tried on! The gown had an olive leaf design delicately beaded asymmetrically which served as a symbol and inspiration for our wedding style. We took the symbolism of ‘extending the olive’ branch to heart and carried this design to the invitation and floral design. 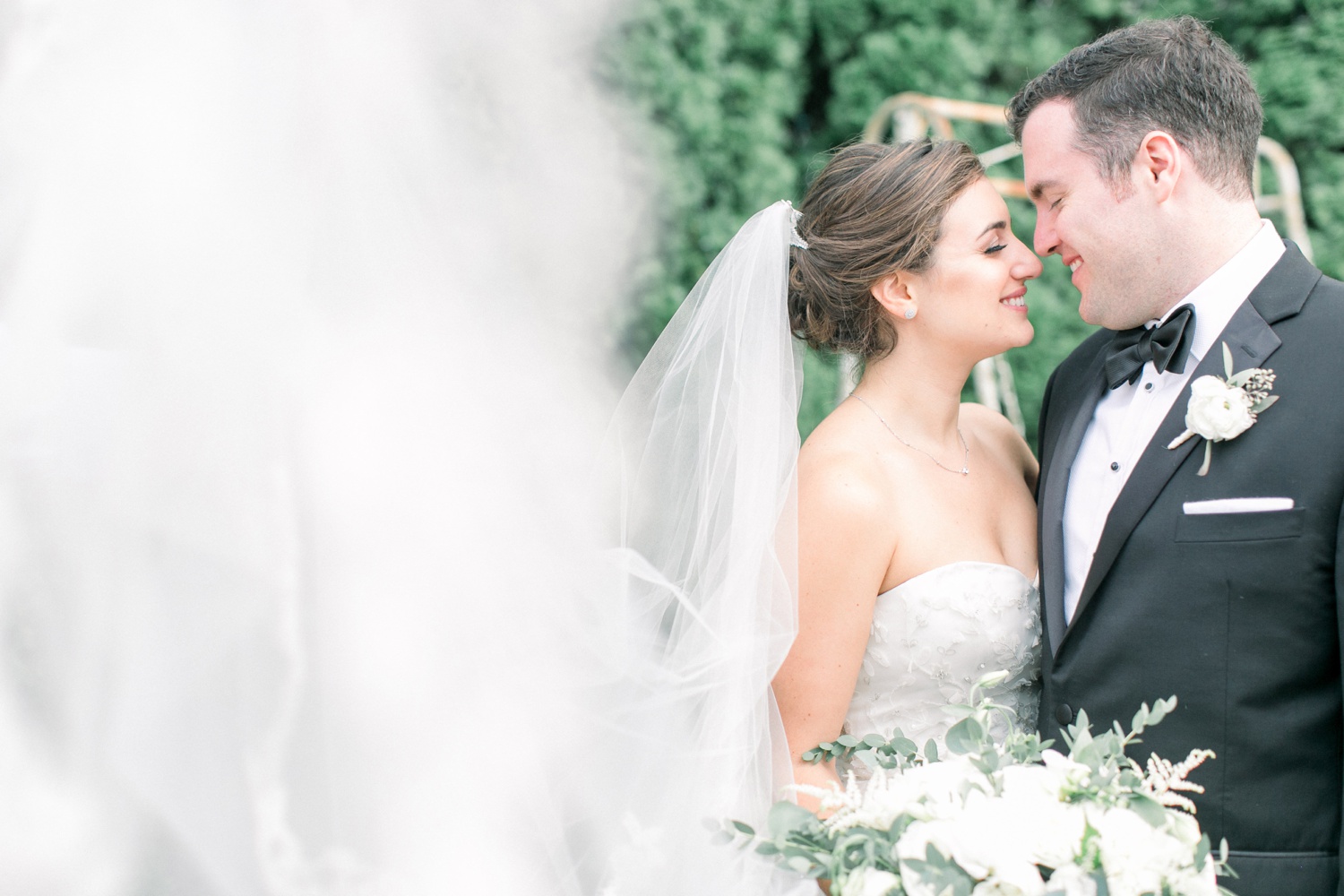 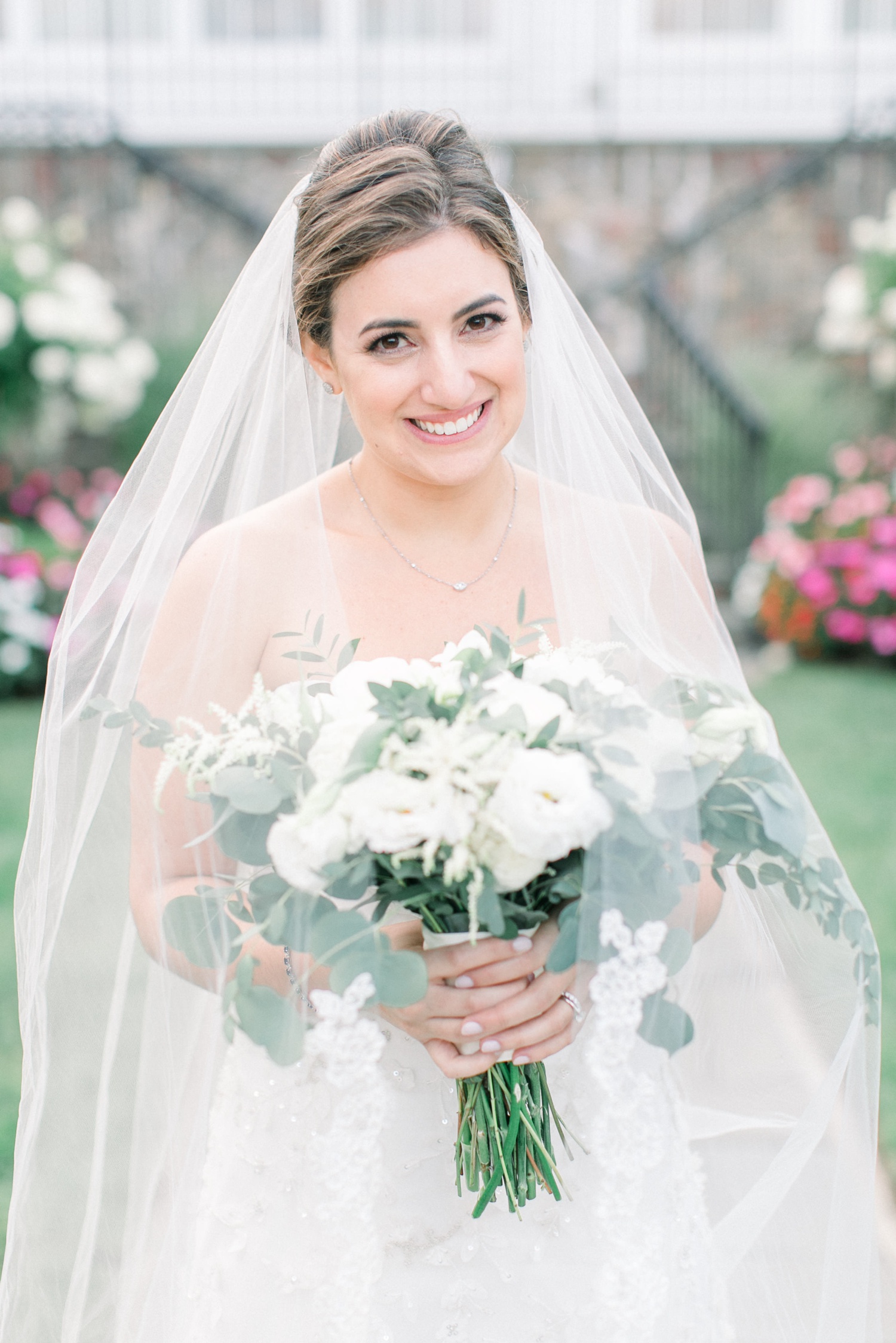 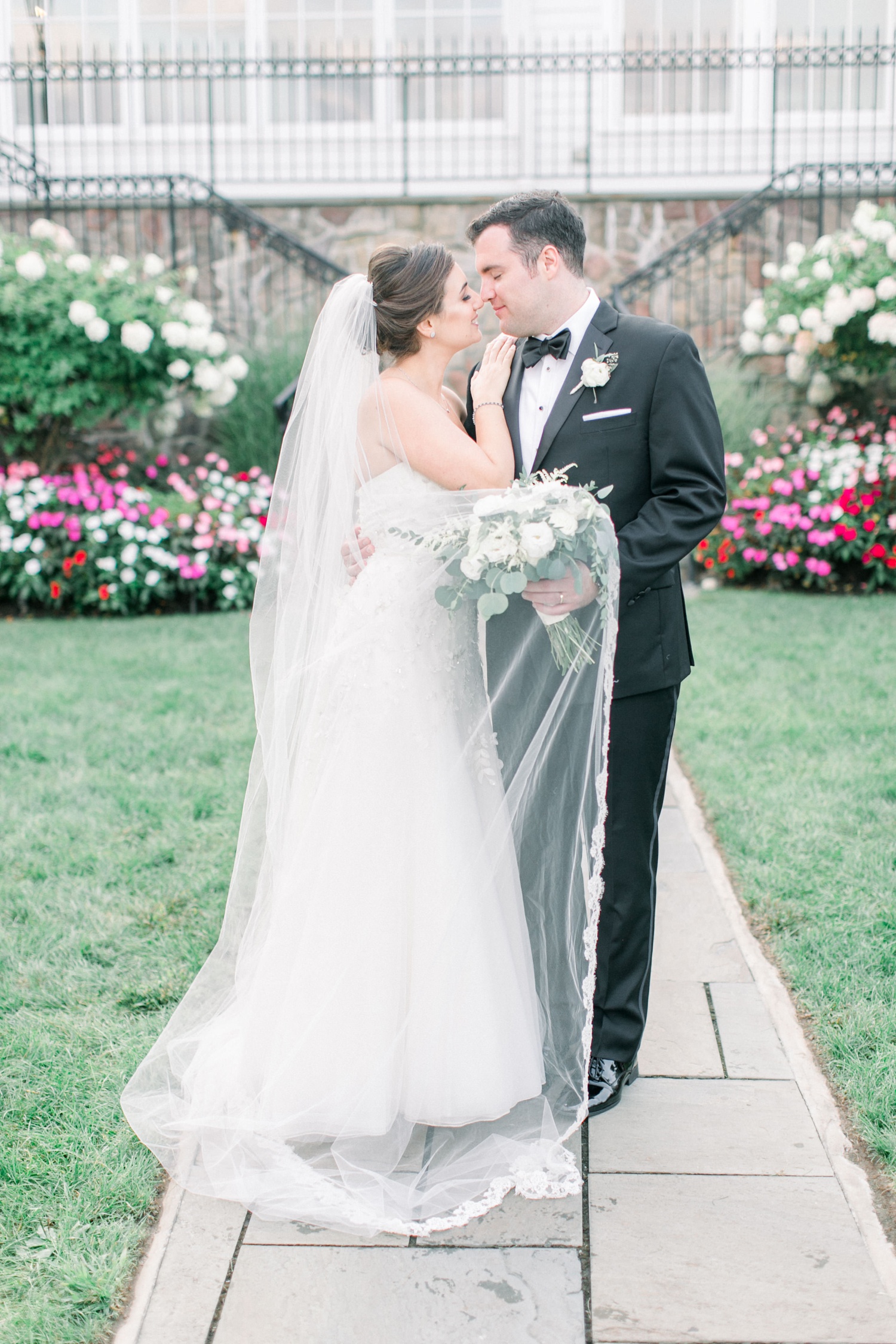 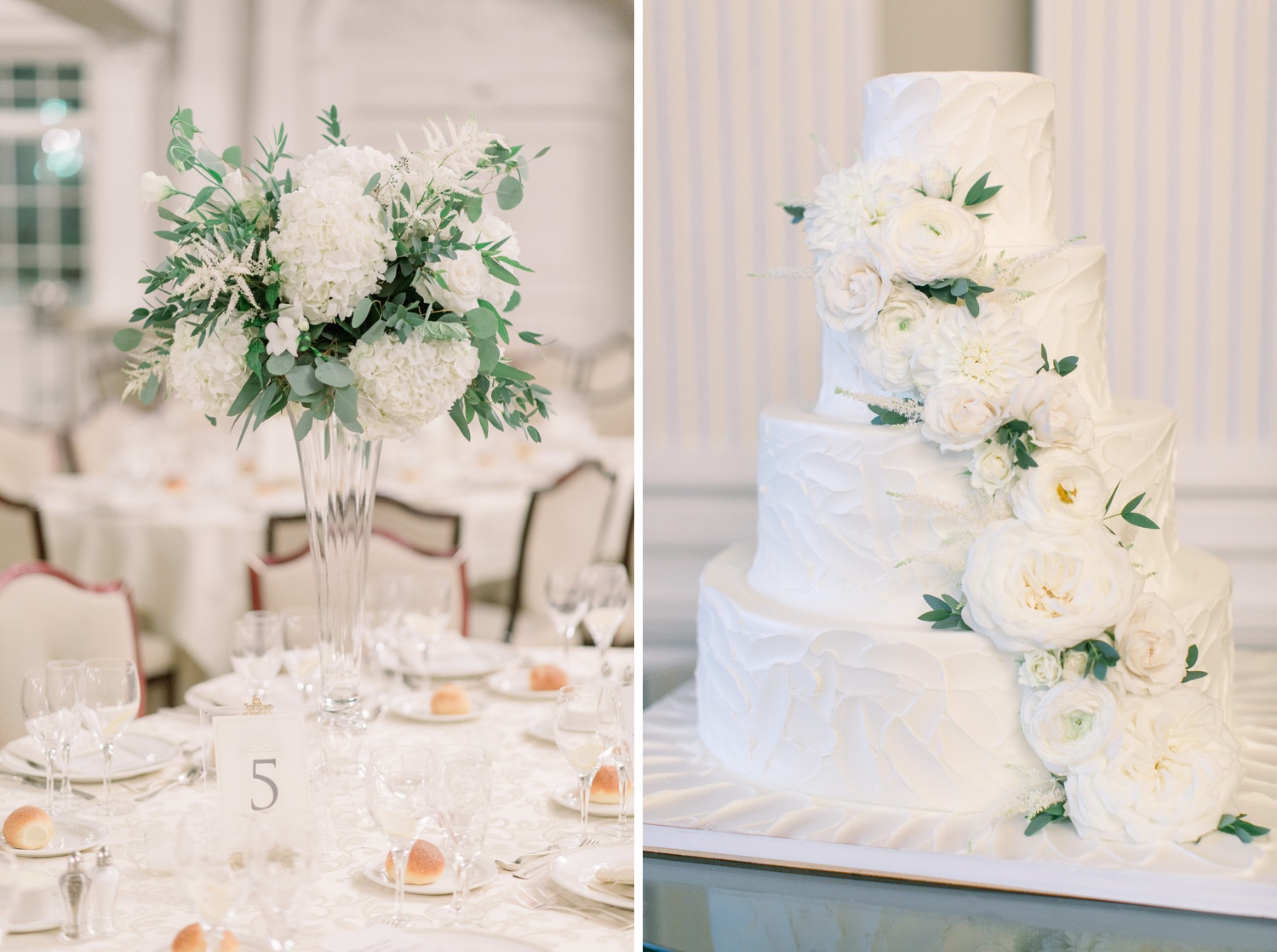 Any favorite parts of the day?

There are so many favorite moments from our wedding day. I really enjoyed having all of ladies in the wedding party get together at the Ellinwood Estate house in Boonton NJ. It felt like a big sleep over party! I also loved my father’s speech at the reception. It was eloquent, to the point and touching. I received many compliments afterward from guests noting how much they enjoyed his speech. The only moment of the wedding day where I was nervous was the first dance. We choreographed our dance to “For Once in My Life” by Stevie Wonder and had been practicing non-stop for four weeks! I knew all the steps by heart and had practiced it a few times in the Park Savoy ballroom. Still, I was nervous to ‘perform’ for our guests. The dance went off without a hitch and I was immediately relieved and thrilled to joined in on the festivities.

Was there any special family heirlooms or traditions for your day?

My grandmother received a mother of pearl bound bible on her wedding day from my grandfather. He wrote her a note to read on their wedding day on the inside cover and dated it with their wedding date of October 20 1951. After I was born, my grandmother gave the bible to my mother with a note stating she wanted me to have it as a gift on my wedding day. My grandparents are still alive, but were unable to travel to attend my wedding. It was really special to have their keepsake in my wedding day to make them feel present. 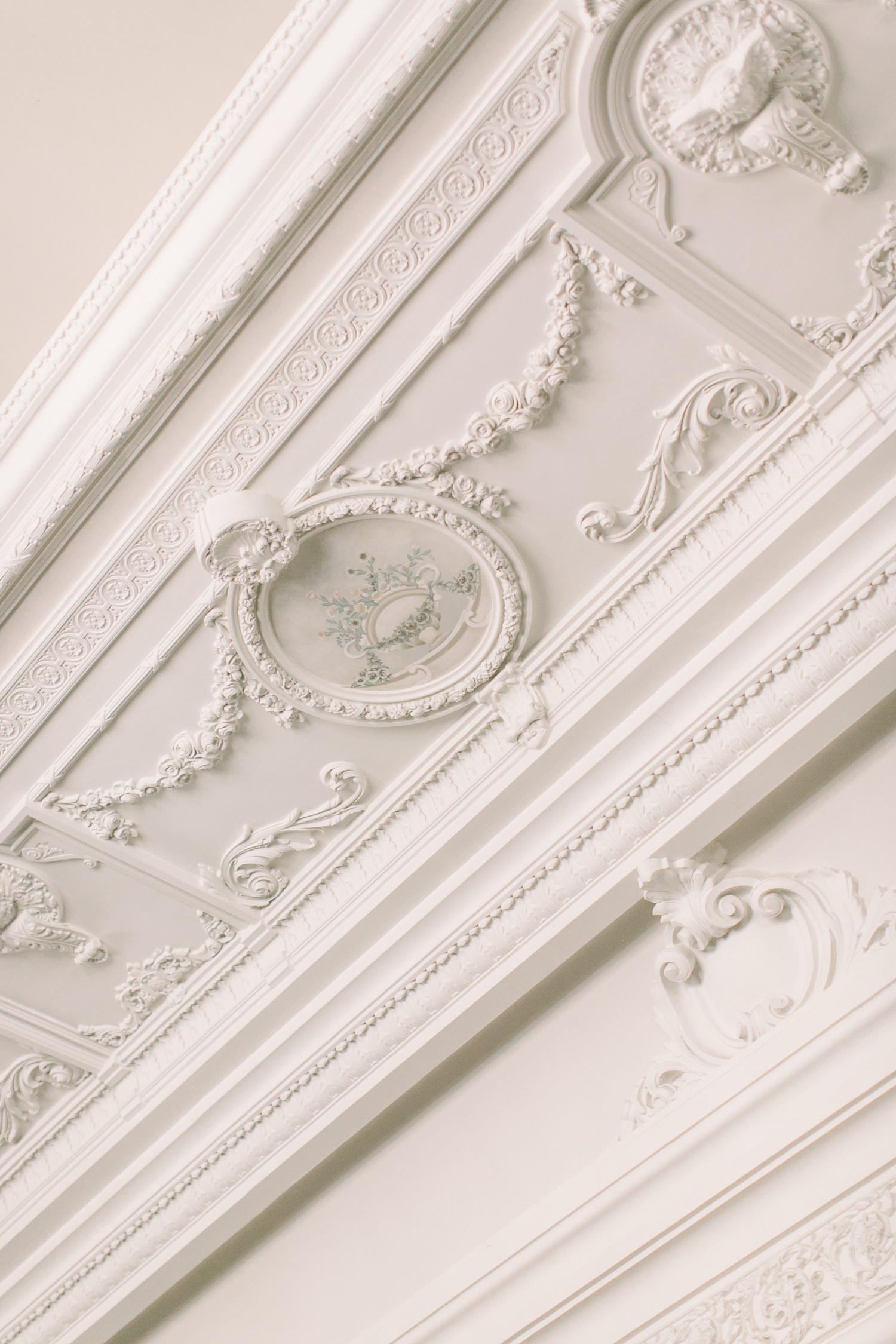 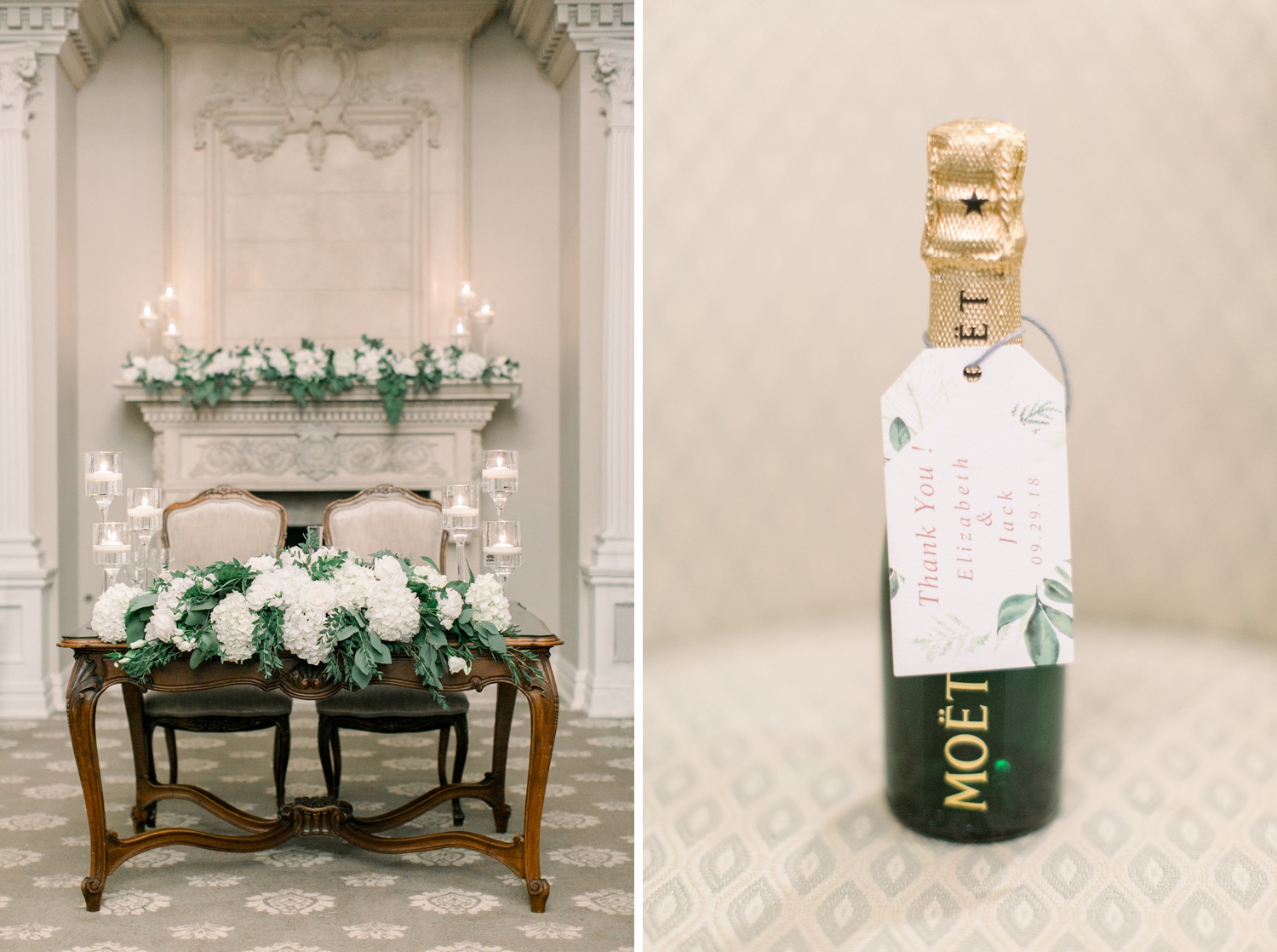 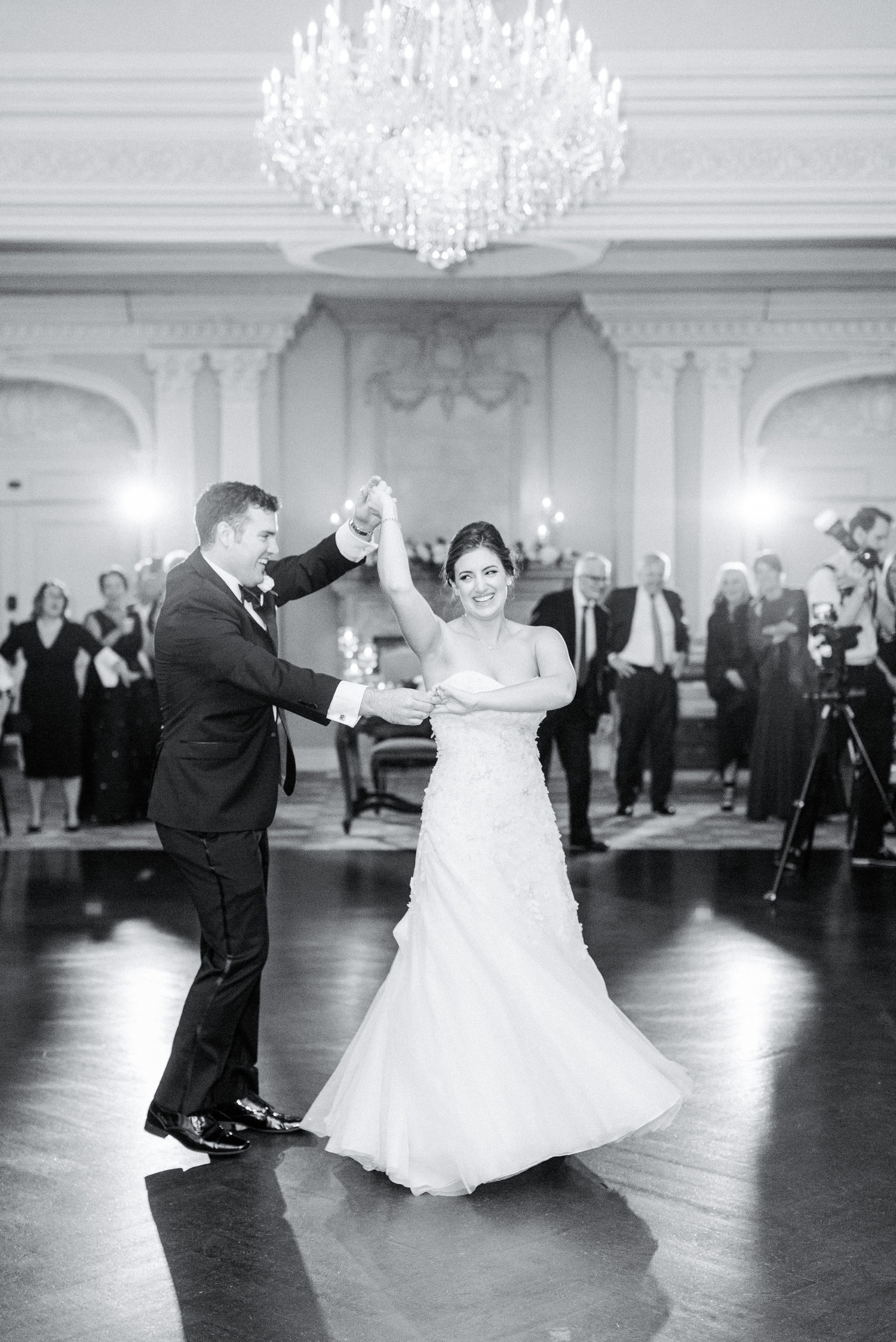 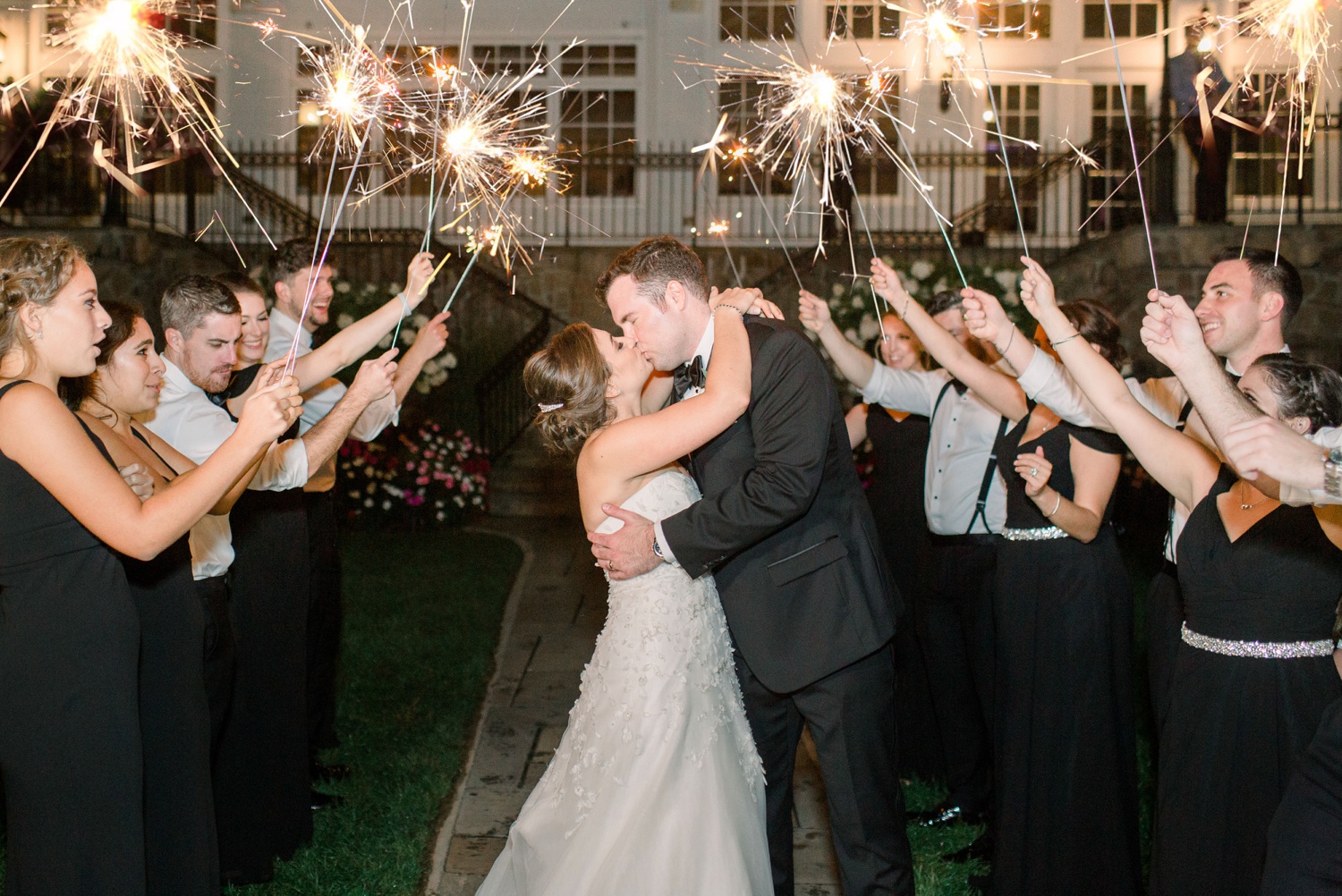 What’s your advice for couples planning their wedding now?

Make sure you go on a honeymoon right after your wedding, even if it is local or short term. It’s the most rewarding, relaxing and special time you will have as a couple!

INSTAGRAM
tag #thewhitewren for a chance to be featured
Pastel florals, a uniquely modern cake, and stunni

Their road trip of life is just beginning! 🤍⁠