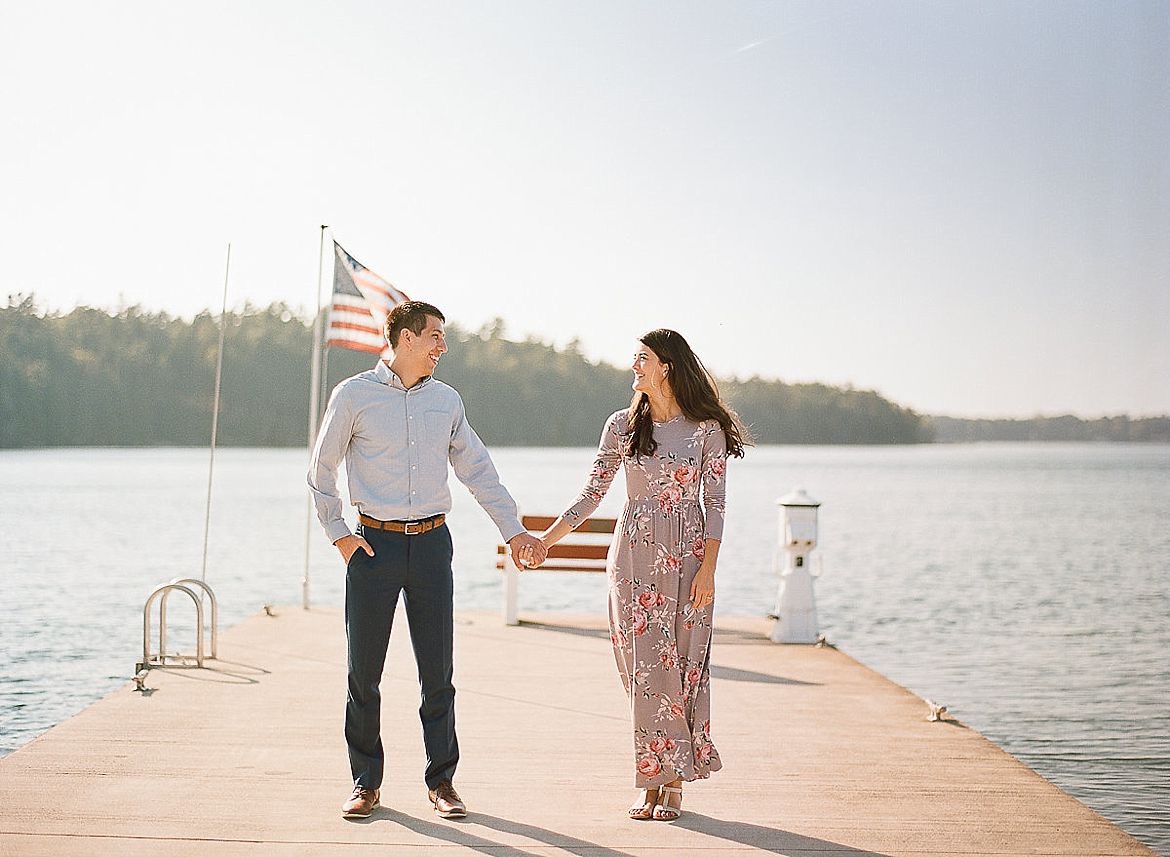 There’s no emulating true chemistry: a glance that prompts a fit of giggles, that sweet spark that jumps between two souls—it’s uniquely raw and matchless. It’s the microcosmic example of a far greater love, and every once in a while you are graced with a glimpse of its magic. Stephanie & Nathan have that magic.

A word from photographers, The Ganeys:

“Thomas and I were so excited to head to Wisconsin for the second time. We were fortunate enough to have photographed Stephanie’s sister’s wedding a few summers ago so when she reached out about her own wedding I was so excited! We quickly scheduled a weekend for their Door County engagement session. I had heard about Door County many times over the years, and after seeing it in person, I can see why! This little town is so charming!

Stephanie and Nathan met three years ago at their campus church. Stephanie was attending graduate school and Nathan was finishing his undergraduate degree. After Nathan graduated he started working in the area and continued attending the same church. About a year later, they both went on a campus ministry retreat and they finally had the opportunity to really connect. A few weeks later they started dating.

This past summer, Nathan asked Stephanie to be his wife as they watched the sun set over the lake on a camping trip. Stephanie’s ring is stunning! 13 has always been an important number to Stephanie’s family, so Nathan created a ring with 13 diamonds. I think that is so beautiful!

Thomas and I had the best time visiting Door County for their engagement session! They were wonderful hosts and showed us around all of the beautiful spots. The weather was oddly warm for the end of September, but they were champs throughout the session! The way these two look at each other… adorable! And they can make each other laugh like none other!

Stephanie and Nathan love to camp and hike. As long as they’re outside, they’re generally pretty happy! They also enjoy boardgames – so we got to learn some new ones while we were visiting. It was such a fun trip!” 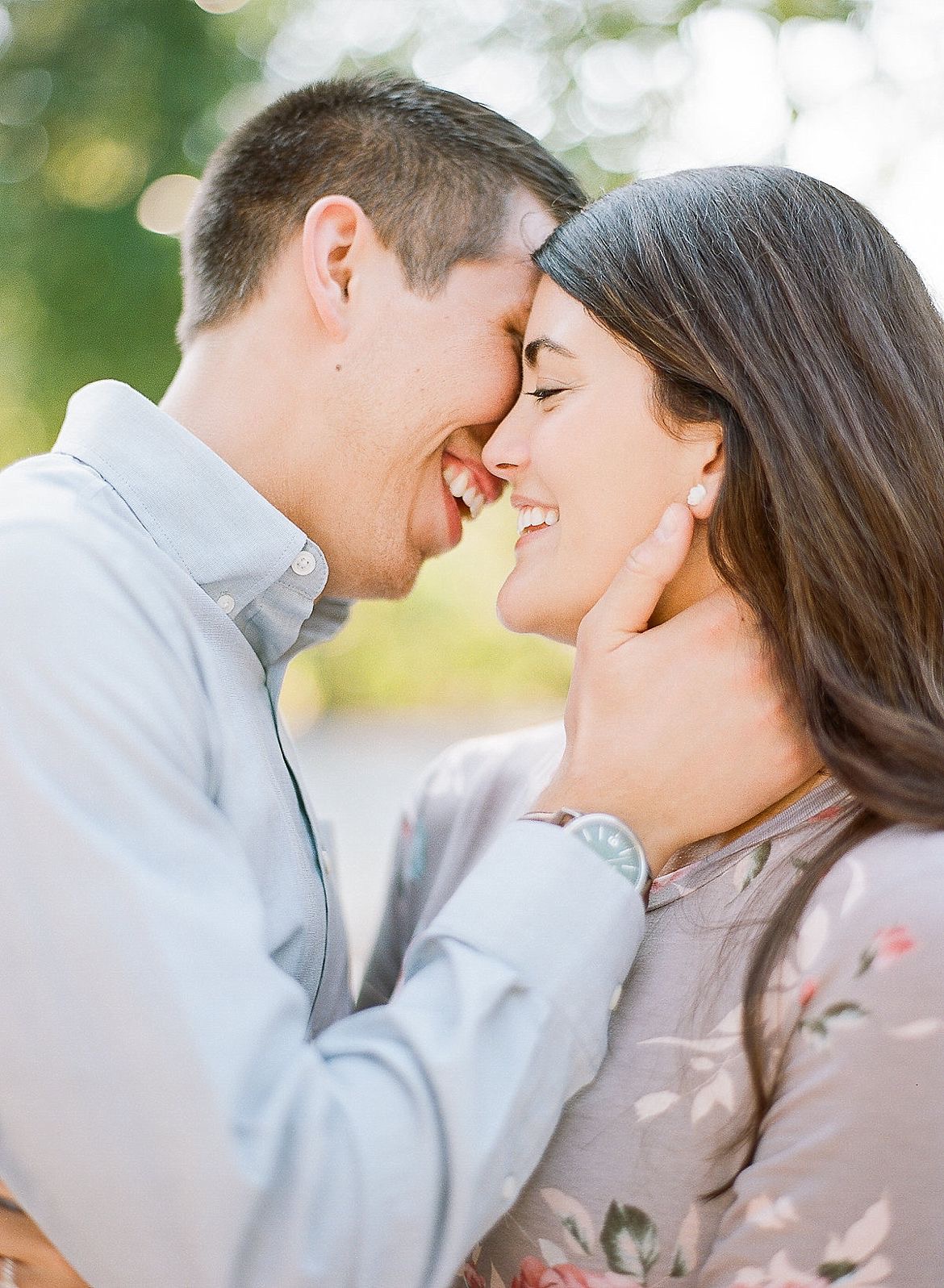 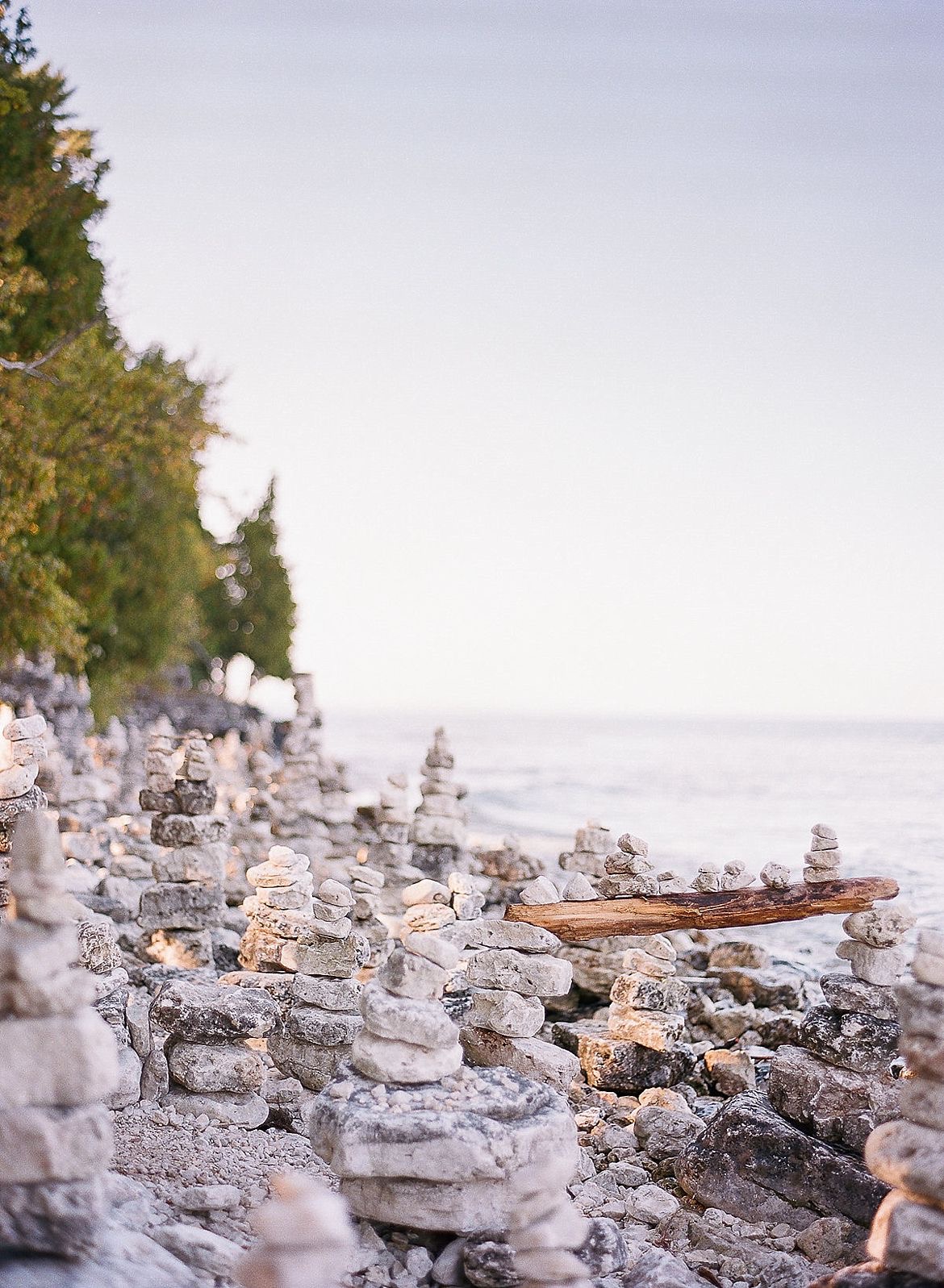 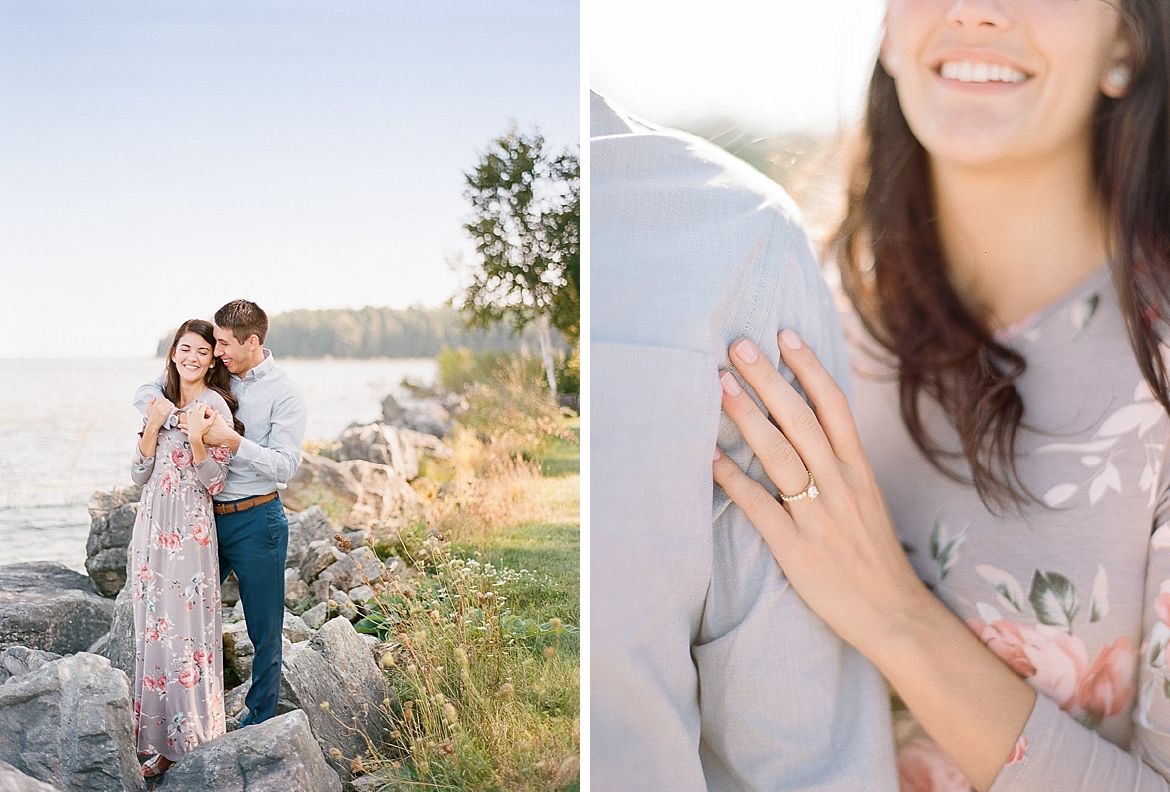 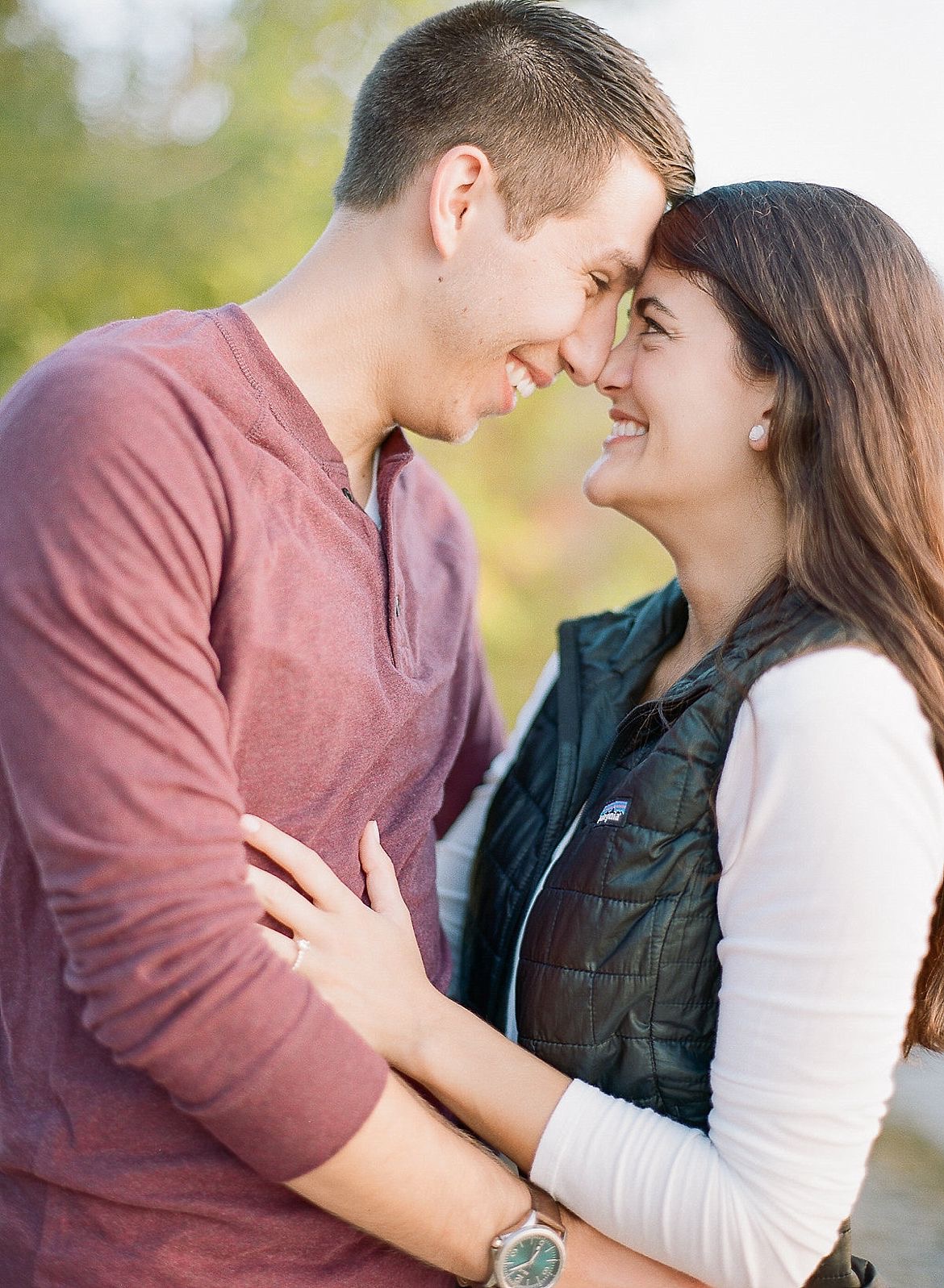 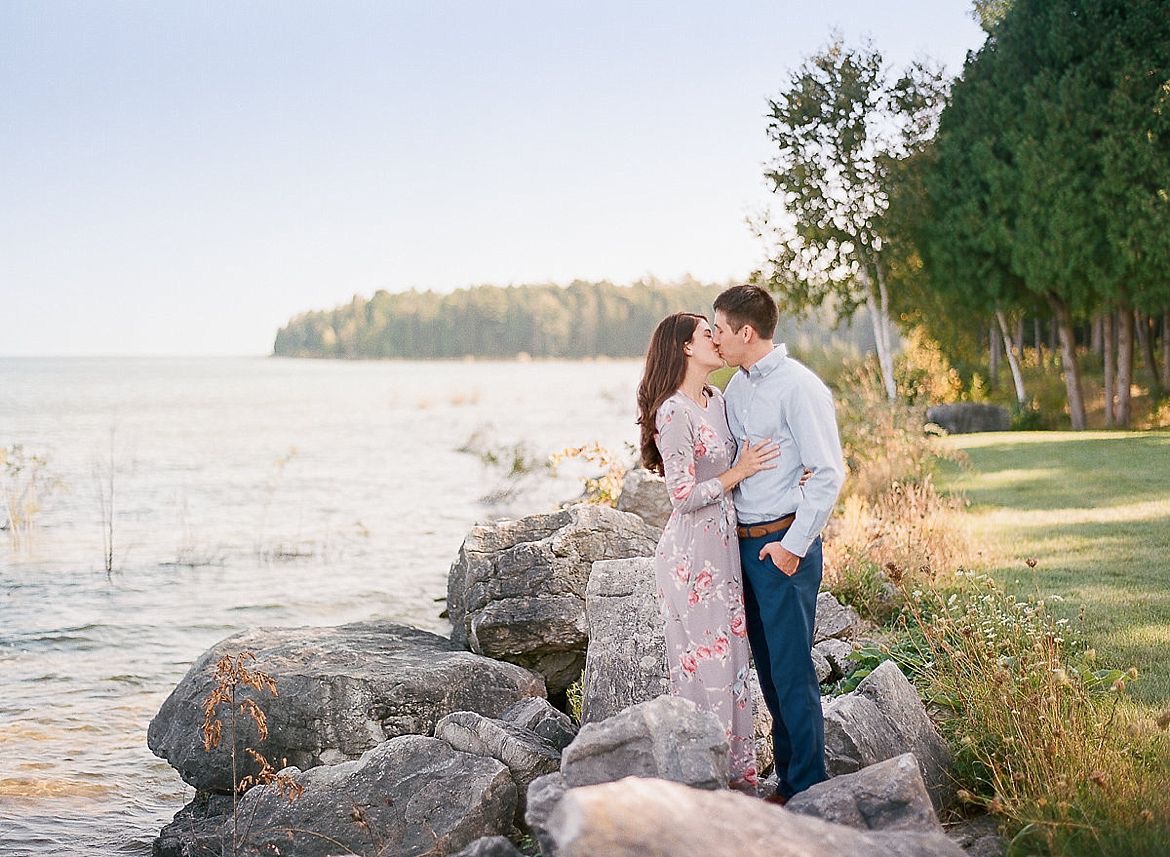 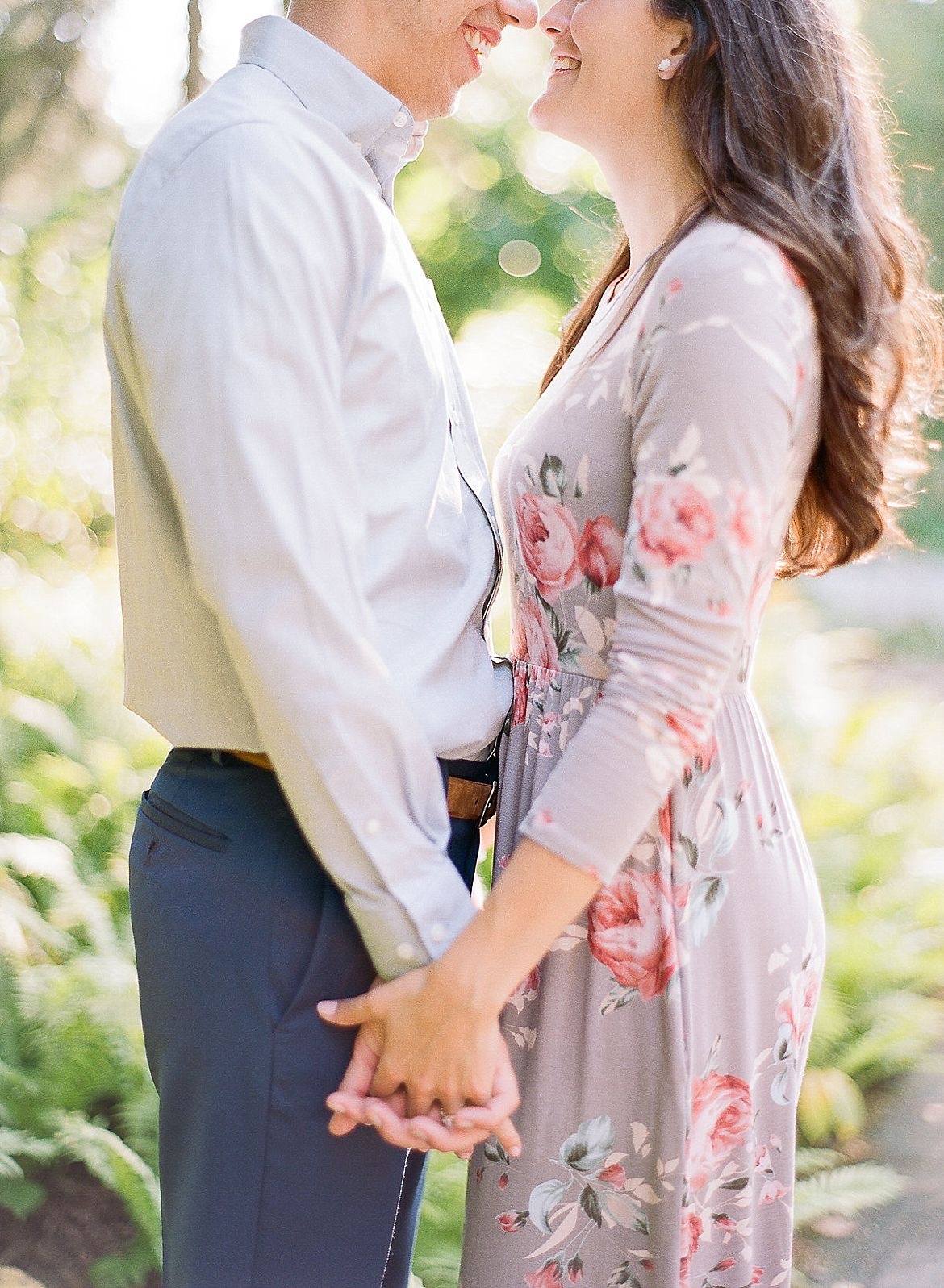 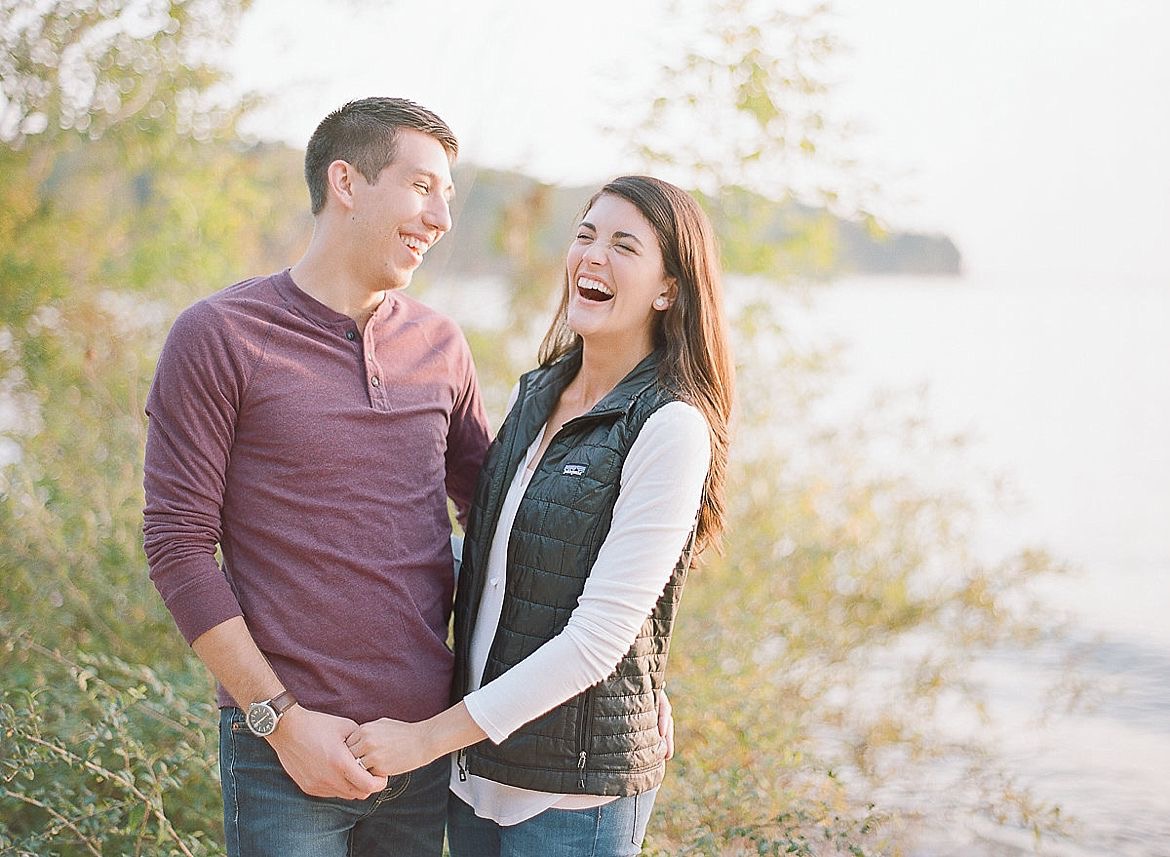 Stephanie: “We technically met a year before we started dating. We worked/volunteered at the same church on UW-Stevens Point campus (Nathan was a senior in college and I was a first year graduate student). We knew of each other and he said he had had a crush on me but we didn’t start talking until the next year on a service retreat through the same church – I was one of the leaders and he was the photographer. We played night games one night and I pulled him on my team because he, having been to that retreat center before, knew his way around and I wanted to win (but I was also flirting). He took that as an opportunity to start messaging me on facebook and then later me asking him for his number (he claims he was going to ask later that day in person though).”

Describe a hurdle you had to overcome during your wedding planning.

Stephanie: “We would have to say budgeting has been our biggest hurdle to overcome in wedding planning. I have never really worried about money – my dad is a financial advisor and has always made me put half of everything I ever made in the bank so I have always had that cushion. Nathan is really good with numbers and has a very specific budget for himself that he lives by. Put those two ideas together and you are bound to have some disagreements and stress. I know he is right though and he makes me think about the bigger picture and what I want for our future (plus how I plan to get there if I don’t have a plan). I am grateful for our balance because together we spend just the right amount (maybe a little more than he would like but he compromises on some things).” 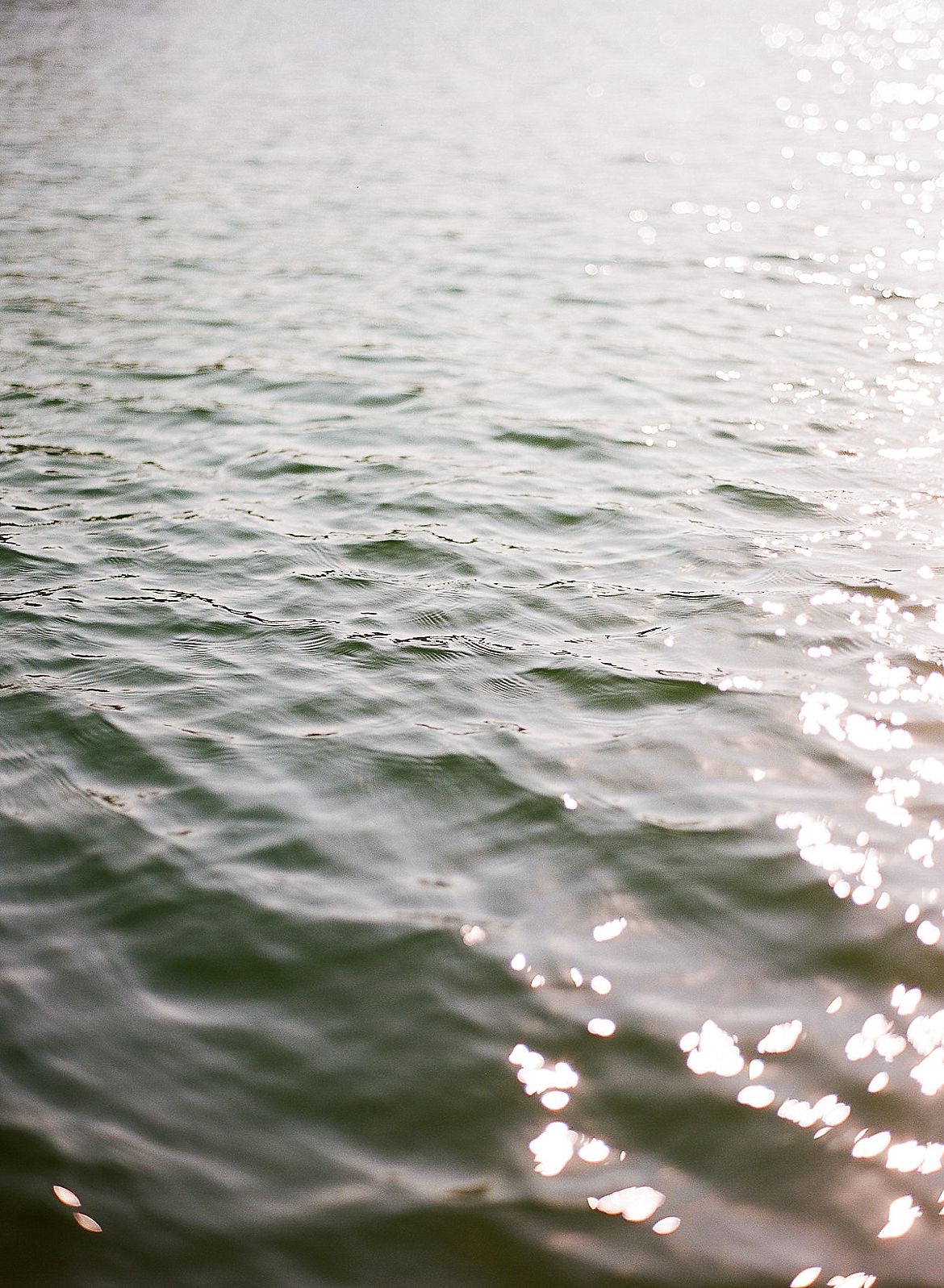 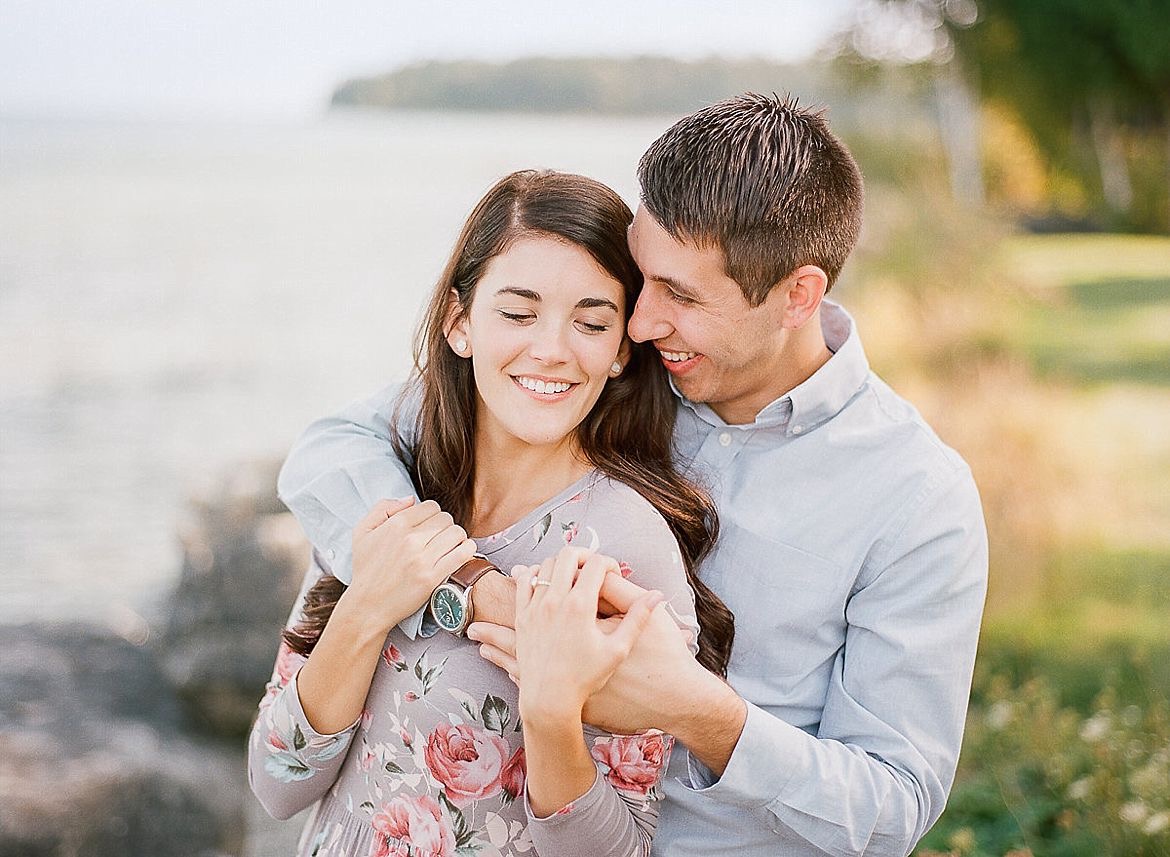 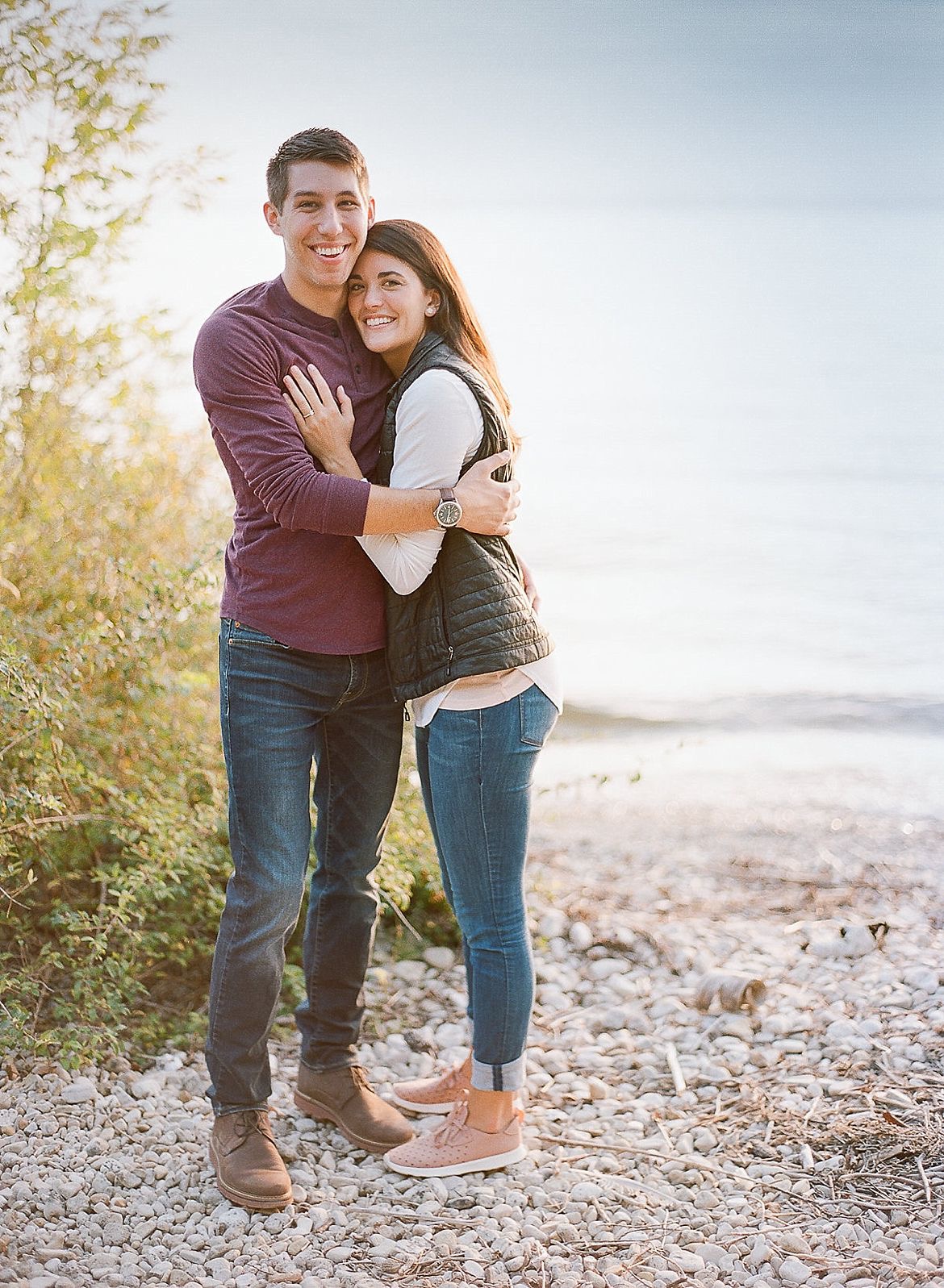 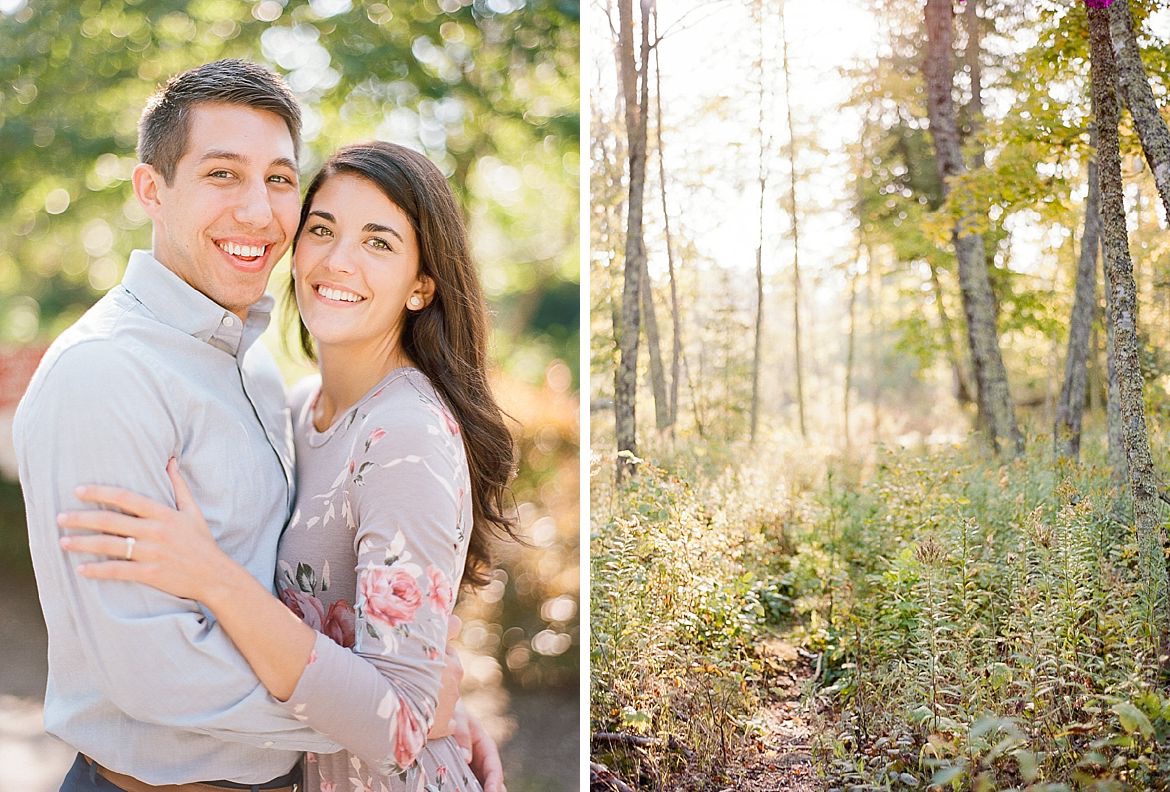 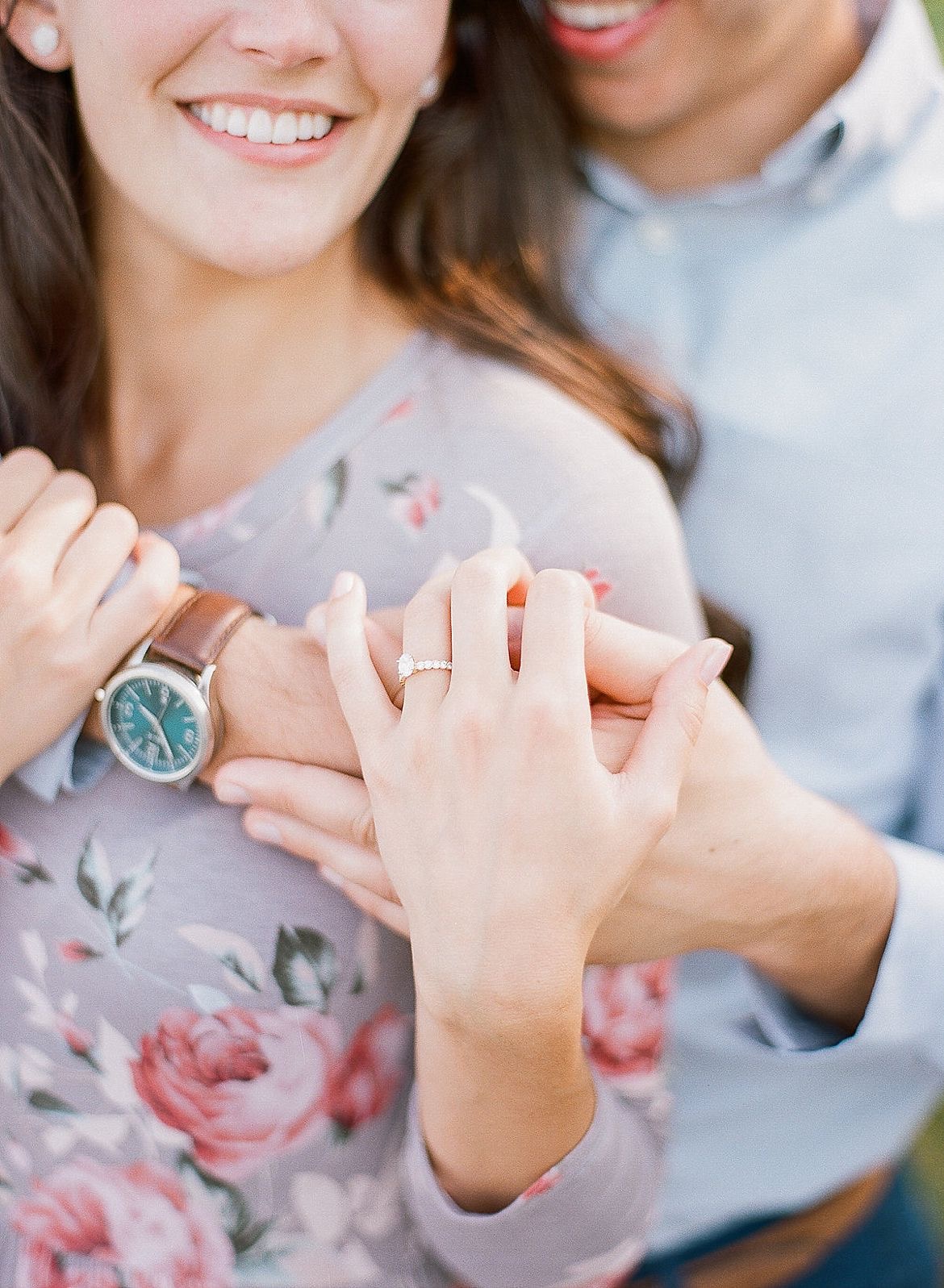 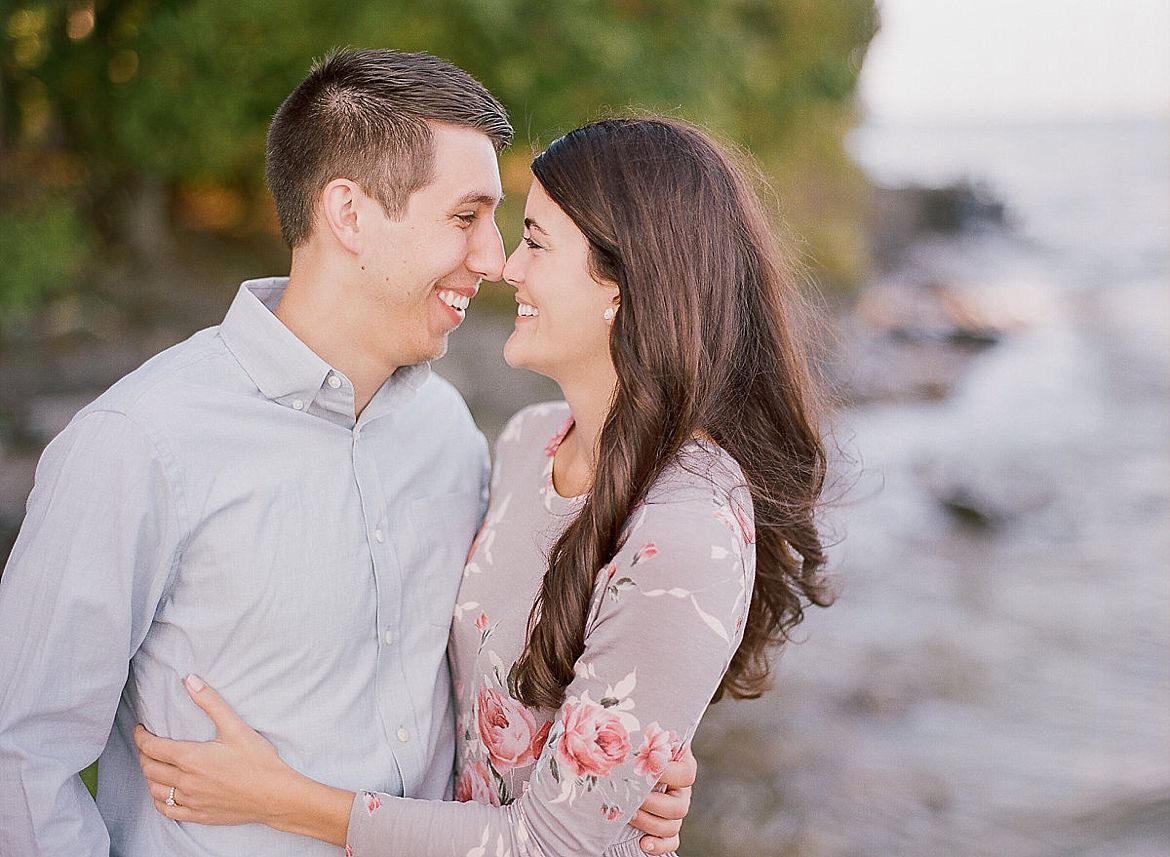 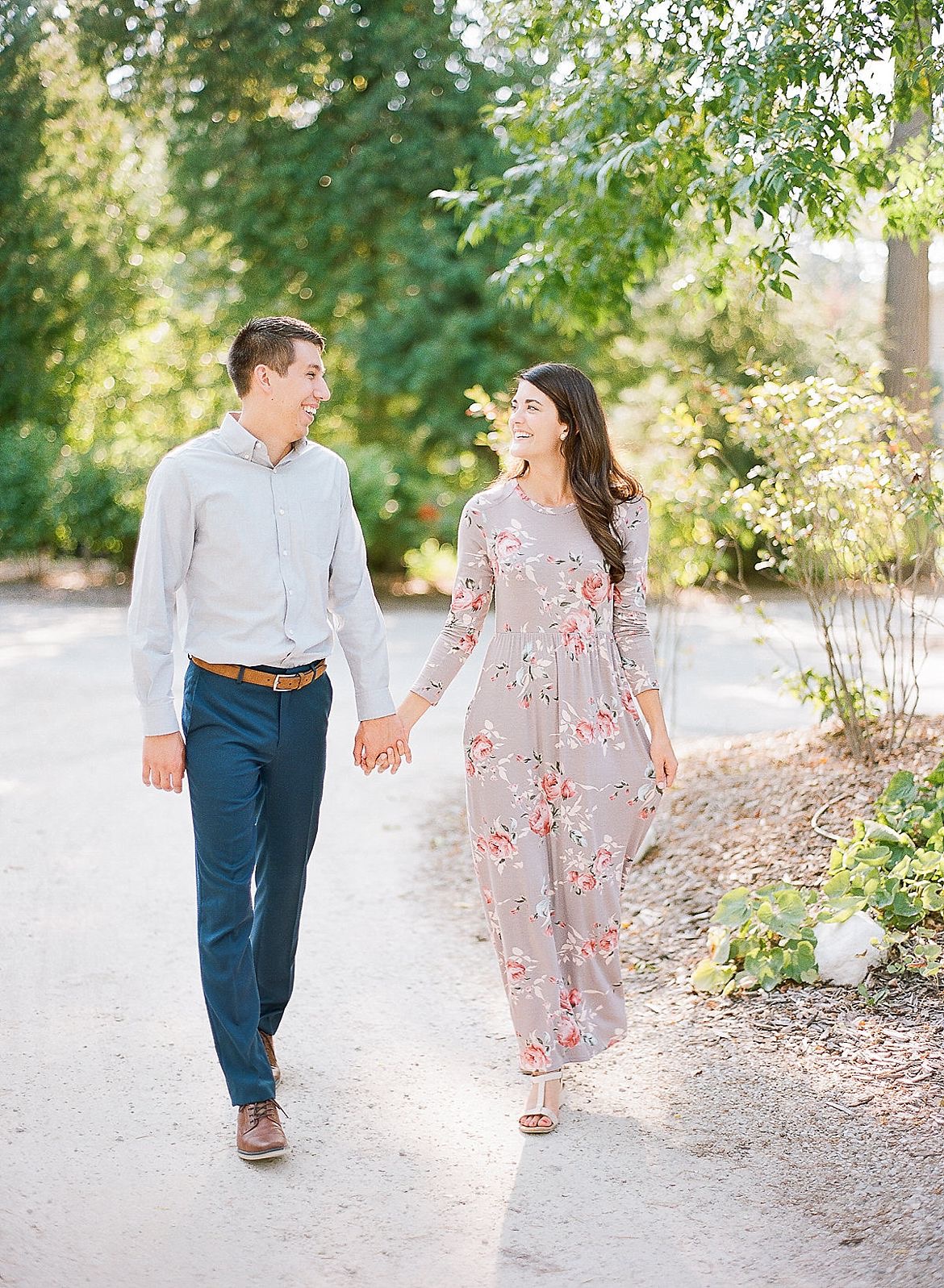 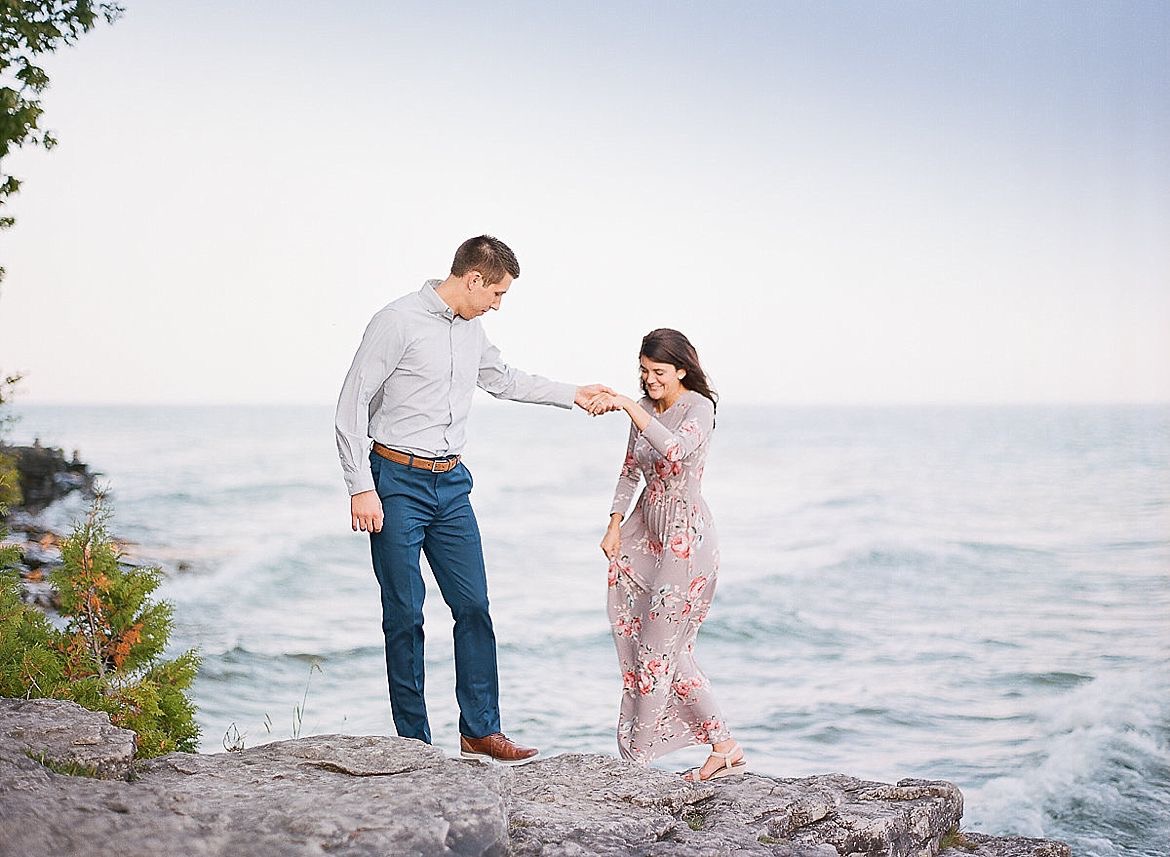 Any special ways you incorporated your family into your wedding day?

Stephanie: “My family’s lucky number is 13 – all of my sisters, my parents, and my Father’s parents were married on a 13, many of our family member’s birthdays are on a 13 and the list goes on. That being said that is why we are having it on July 13th (yes that’s a Friday the 13th), why he put 13 diamonds on my engagement ring, and why we have 13 members in our bridal party. We also plan on having 13 children (I am totally kidding, but we would like a large family).”

“We would advise couples to enjoy the process because it goes fast and to talk about everything (I guess that would depend on the couple – some guys prefer to stay out of the planning). This is a good test of your relationship because it forces you to be a team and work through disagreements. It’s also a time to have fun and enjoy planning a special chapter in your lives, celebrating one of the most important new beginnings.”

Love does not delight in evil but rejoices with the truth. It always protects, always trusts, always hopes, always perseveres. 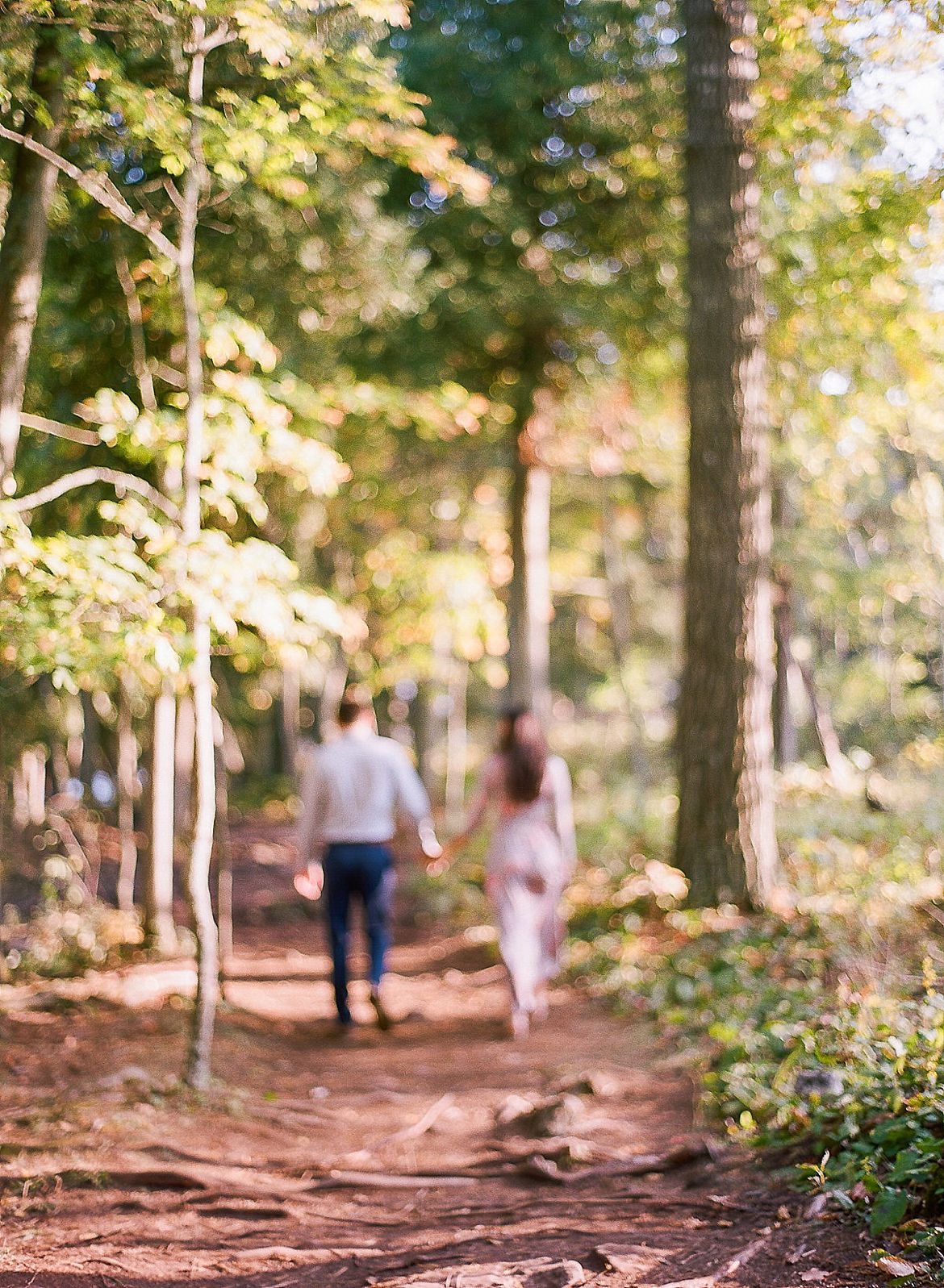 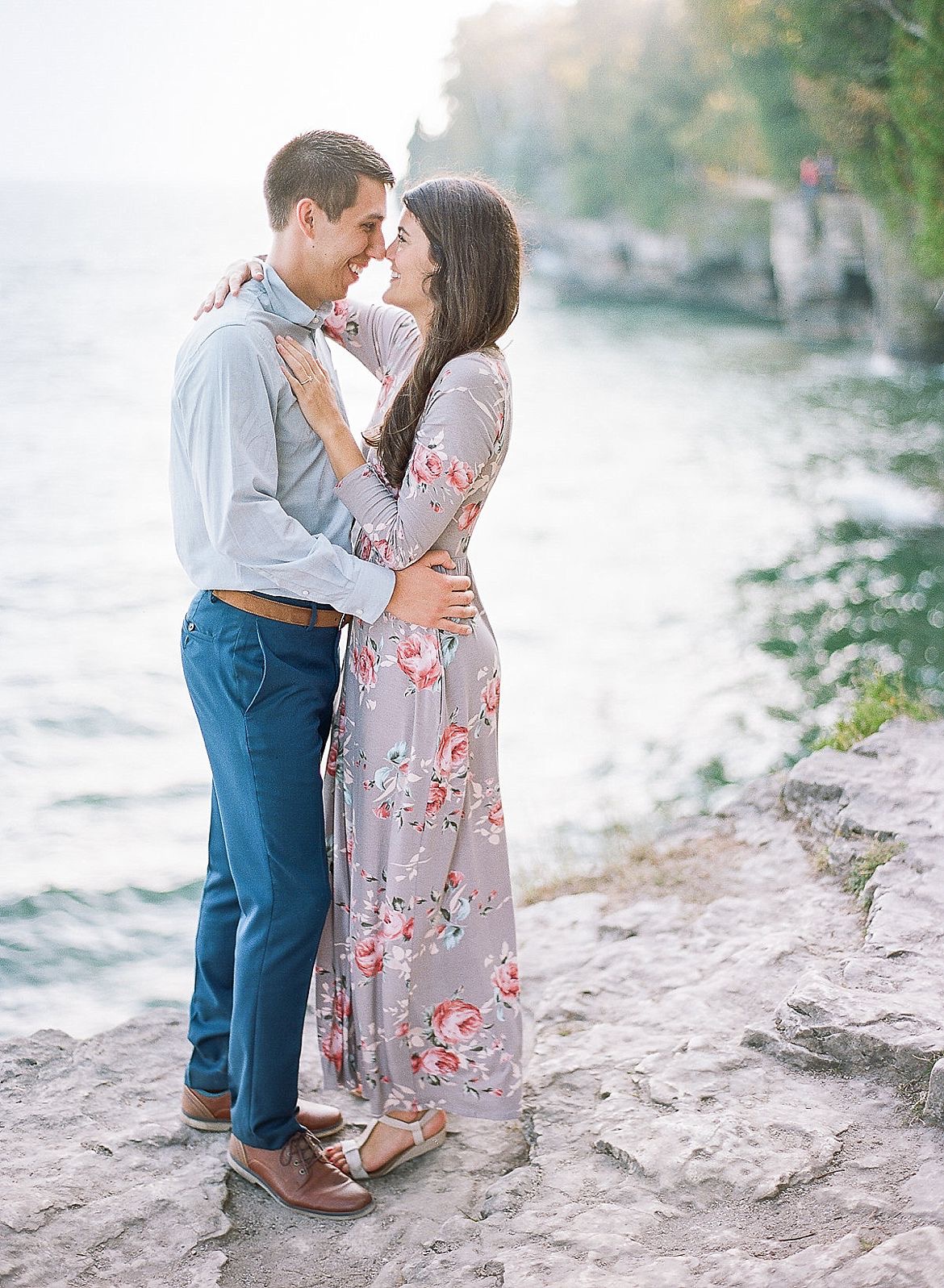 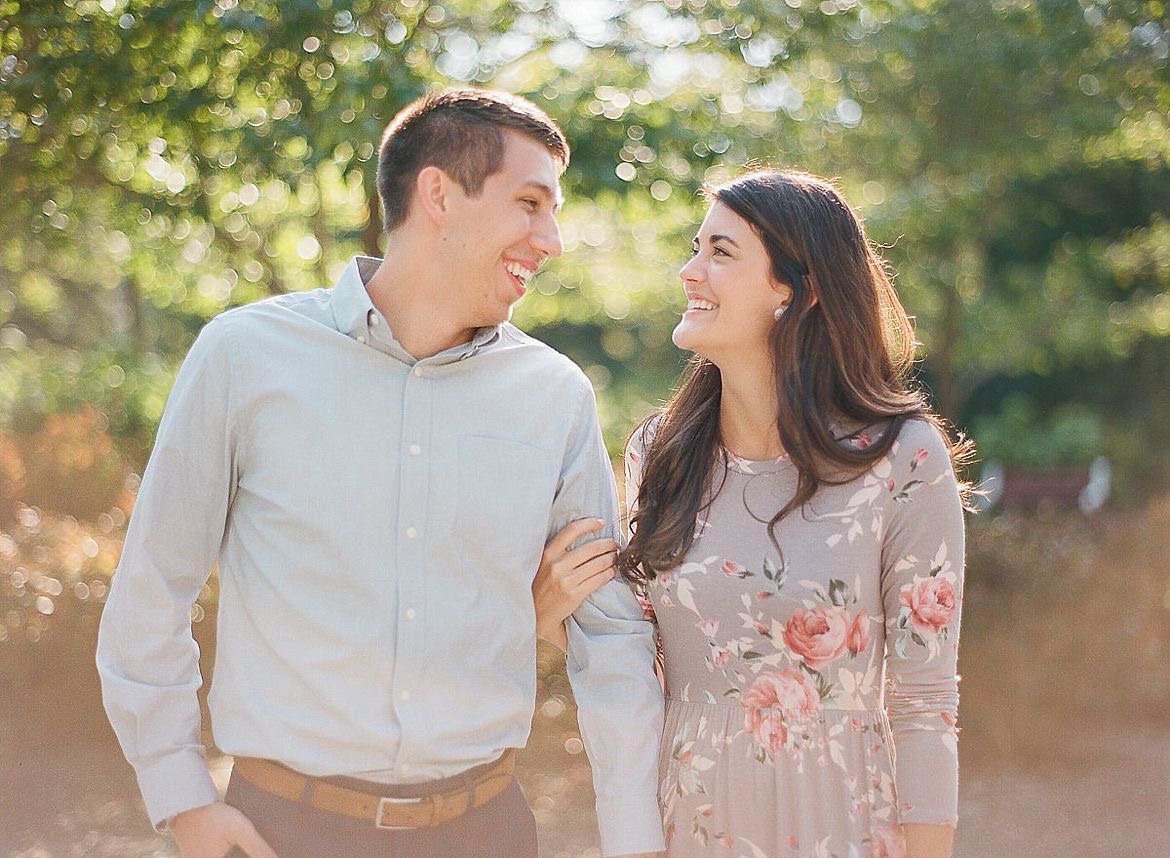 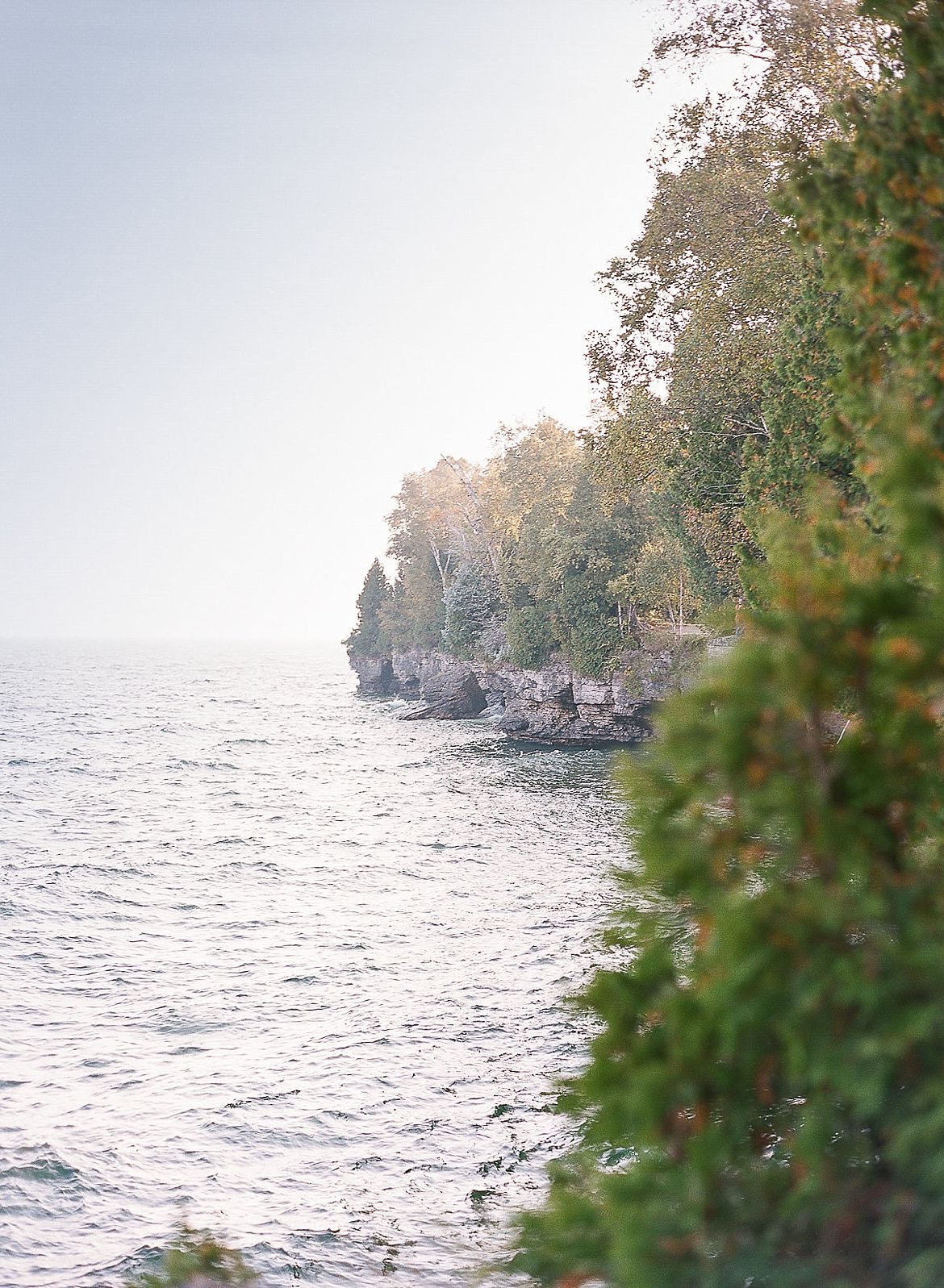 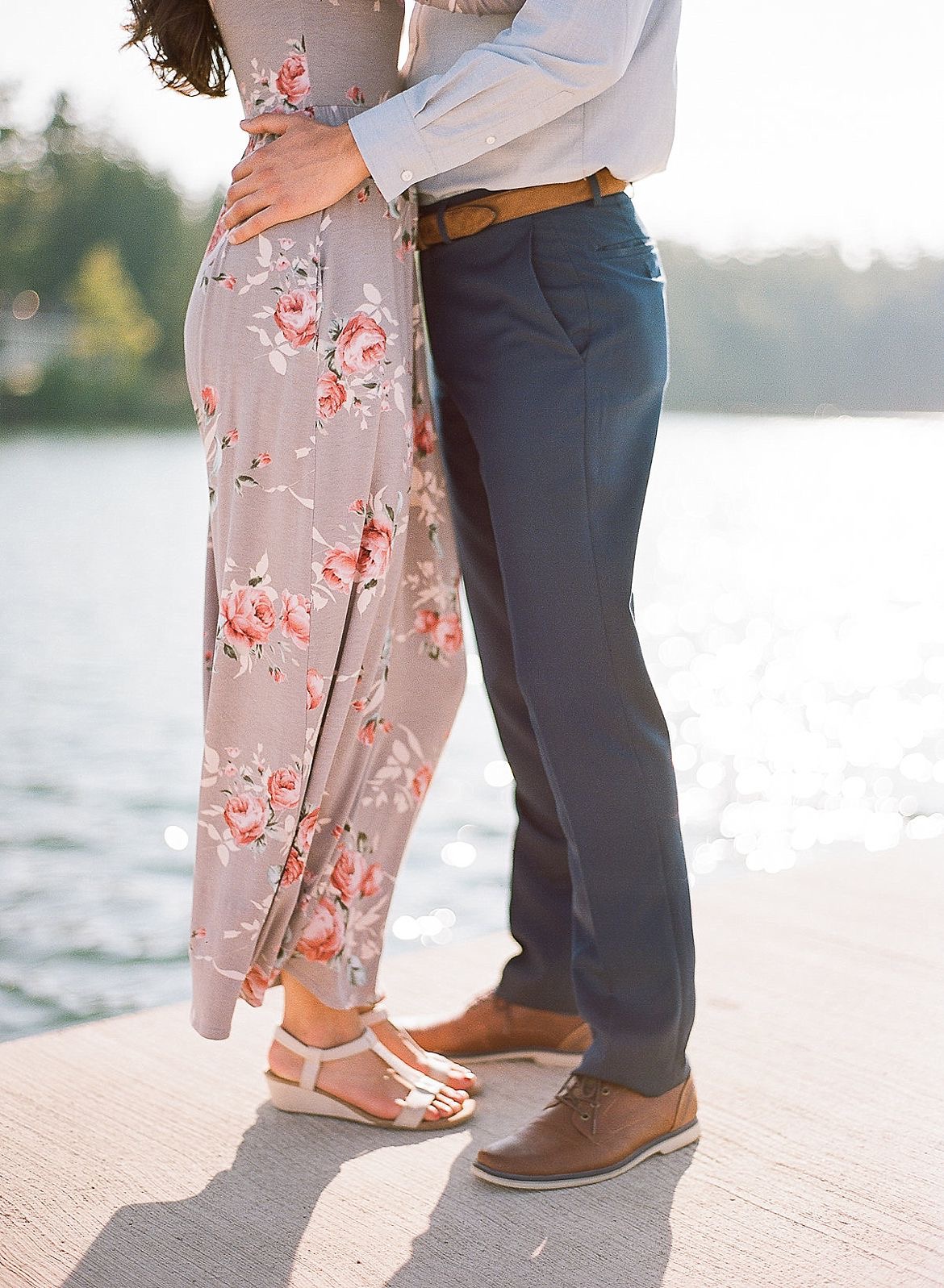 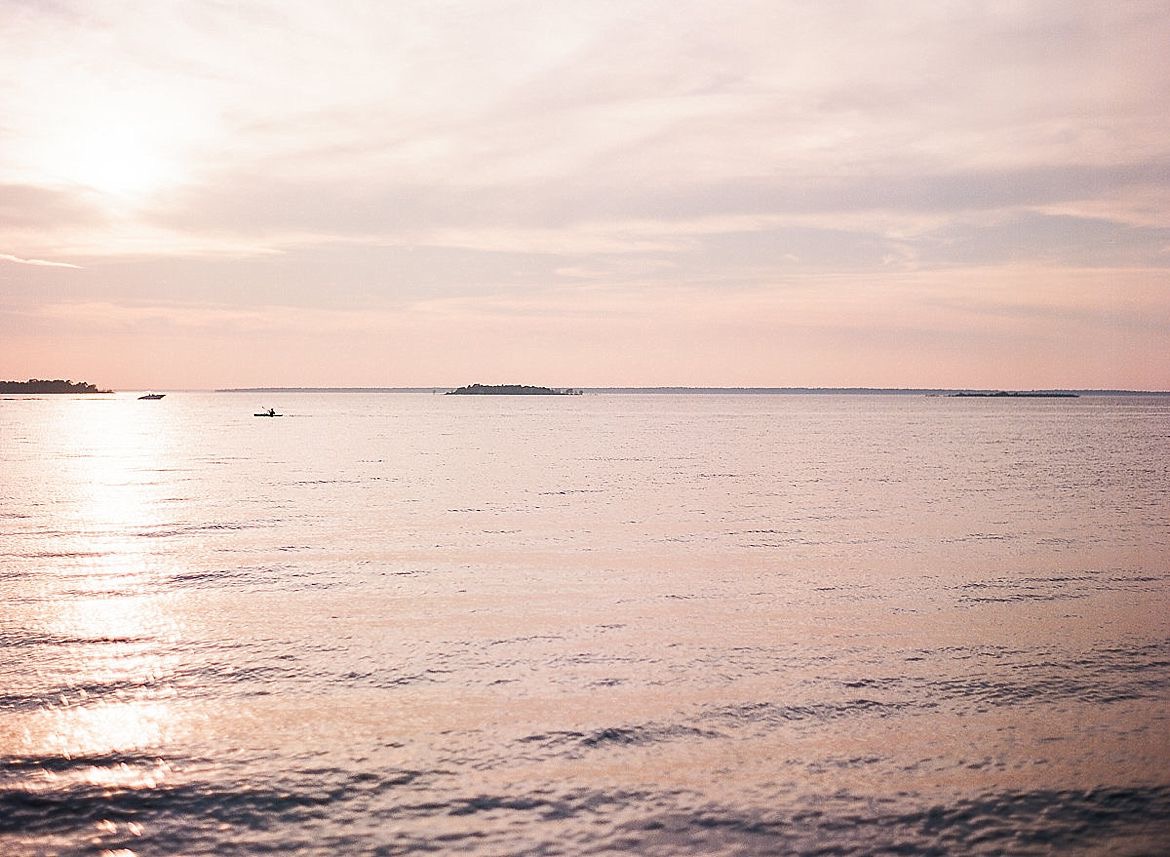 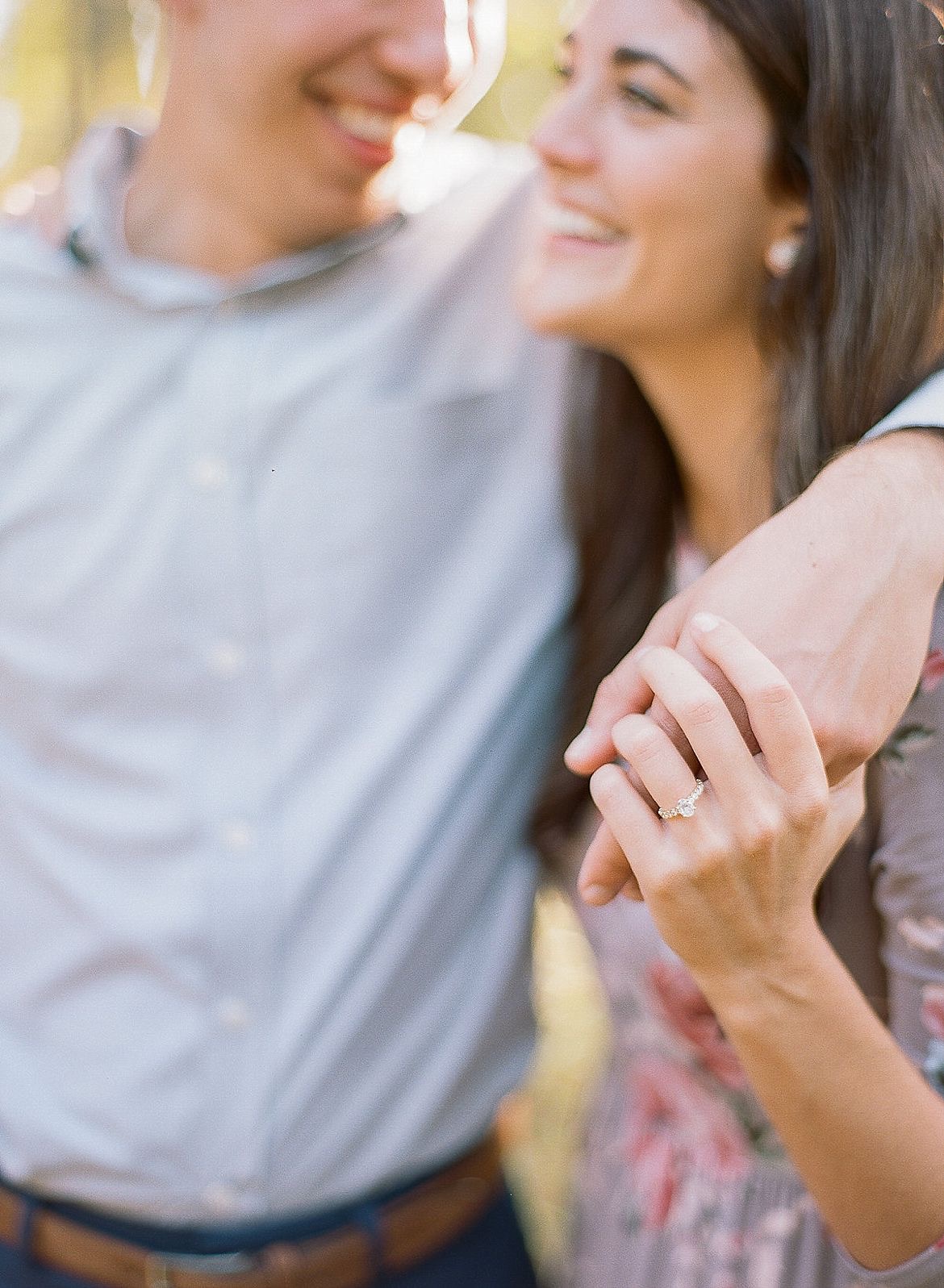 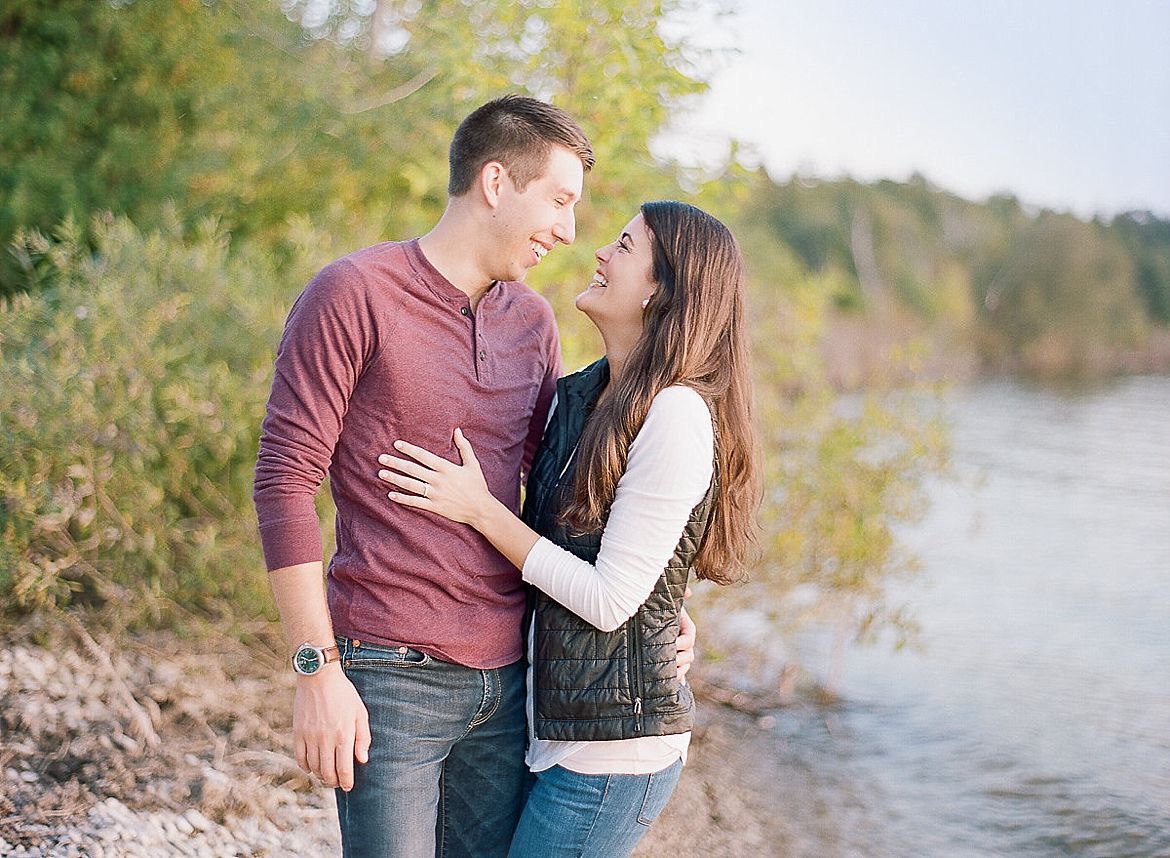