There’s something about a sunrise. The peacefulness and quiet, nature stirring as the sun wakes everything up gently. The birds start singing even before the sun arises, trilling in anticipation of the light that the glowing orb will soon bring. Colors start to blend together in the sky, and soon the first rays start to peek over the horizon. It’s a magical time, and today we are featuring an elopement wedding inspiration shoot, photographed during this time when the world is often still asleep. We are in love with the colors the natural beauty that is in this shoot!

from the photographer, Jessi Abenina: “This elopement styled shoot at Glacier Point in Yosemite was put together by Serafina Pyle with very limited vendors and details since you can’t really set up anything in Yosemite. We were in Yosemite by 5:30 am for meet up so we can start shooting as the sun rises. It was magical. I was the only one who shot on film. I have never shot film during sunrise and I went not knowing what to expect, and film just surprised me on how well it can handle all kinds of lighting. 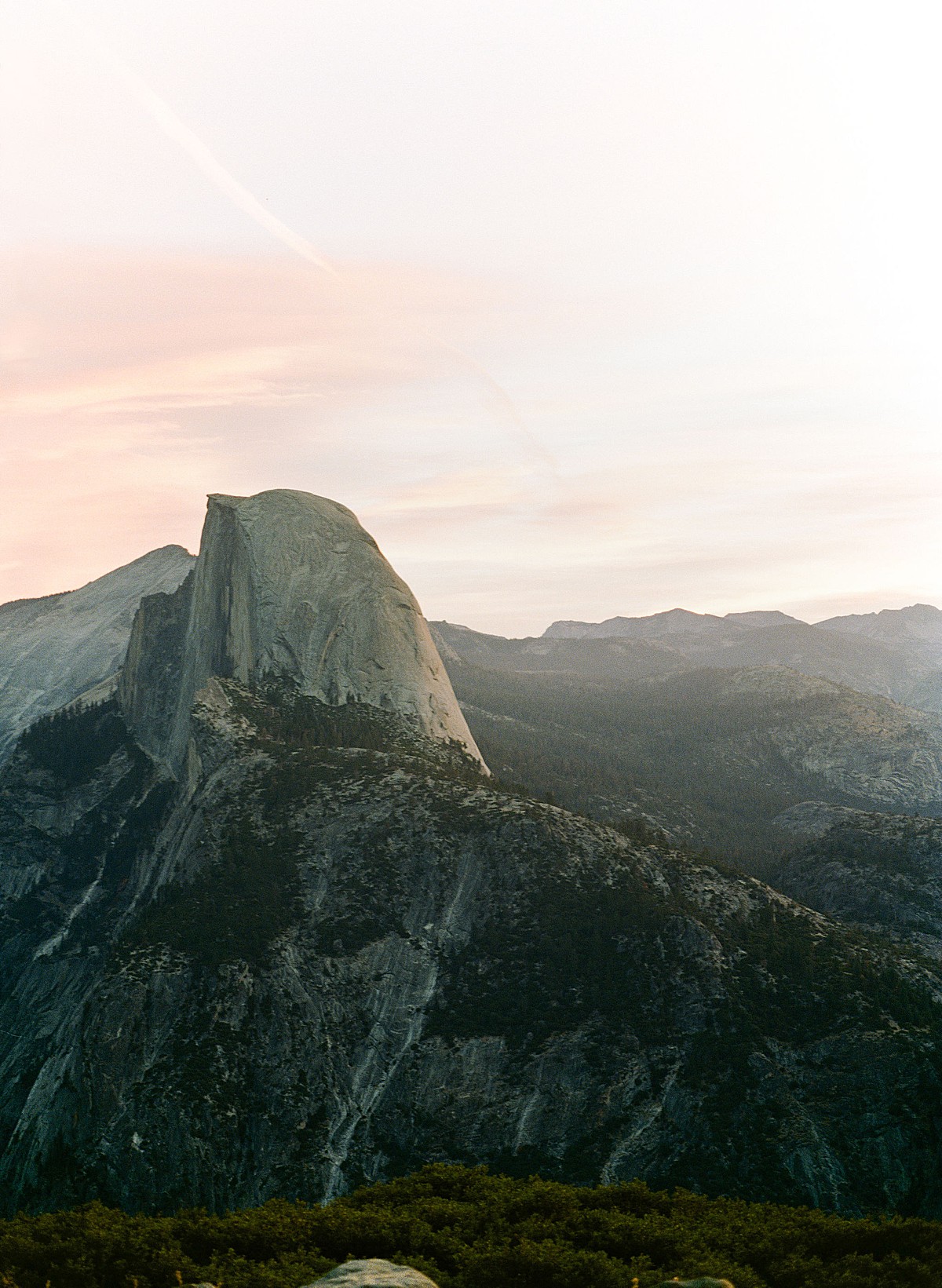 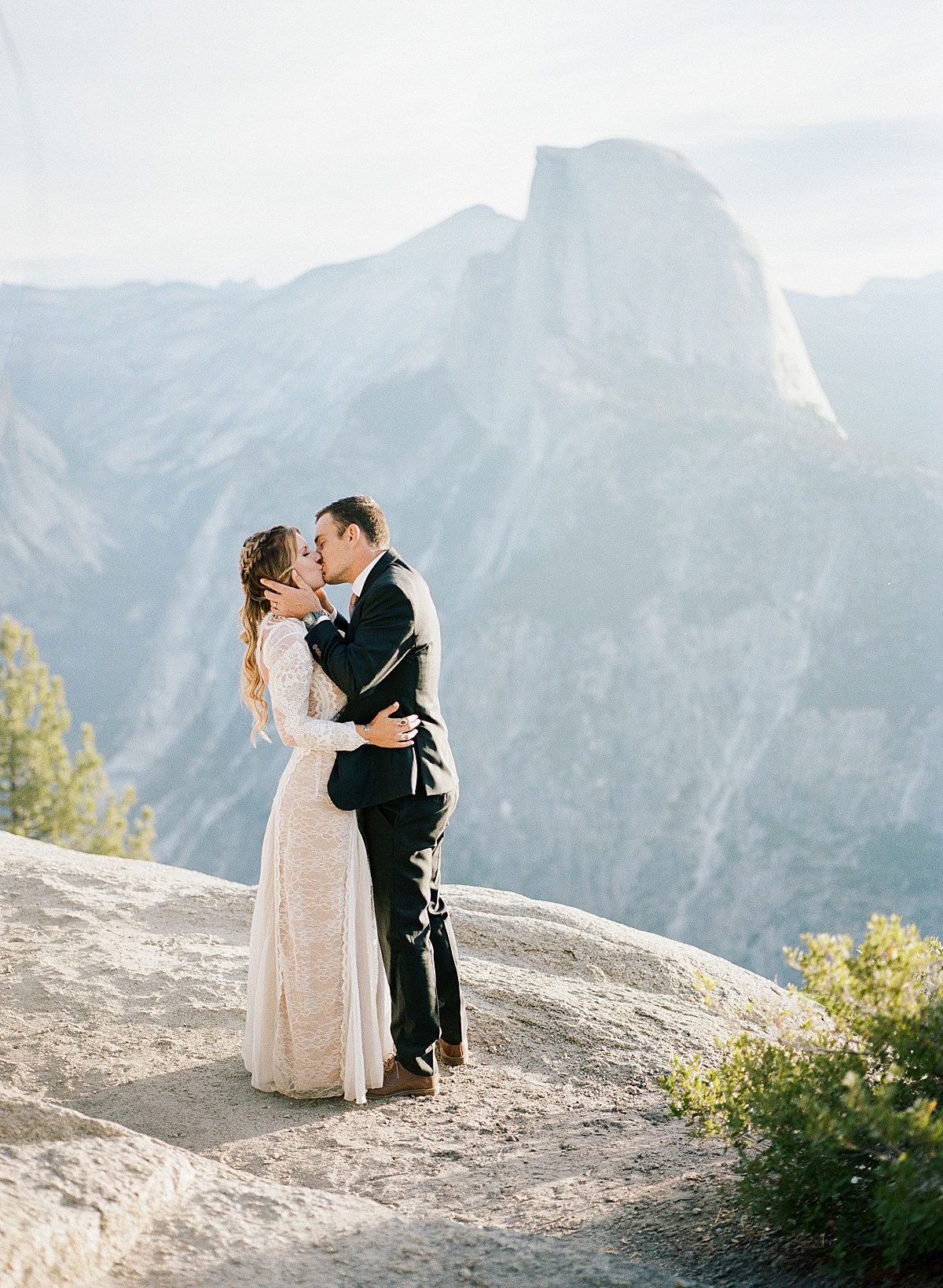 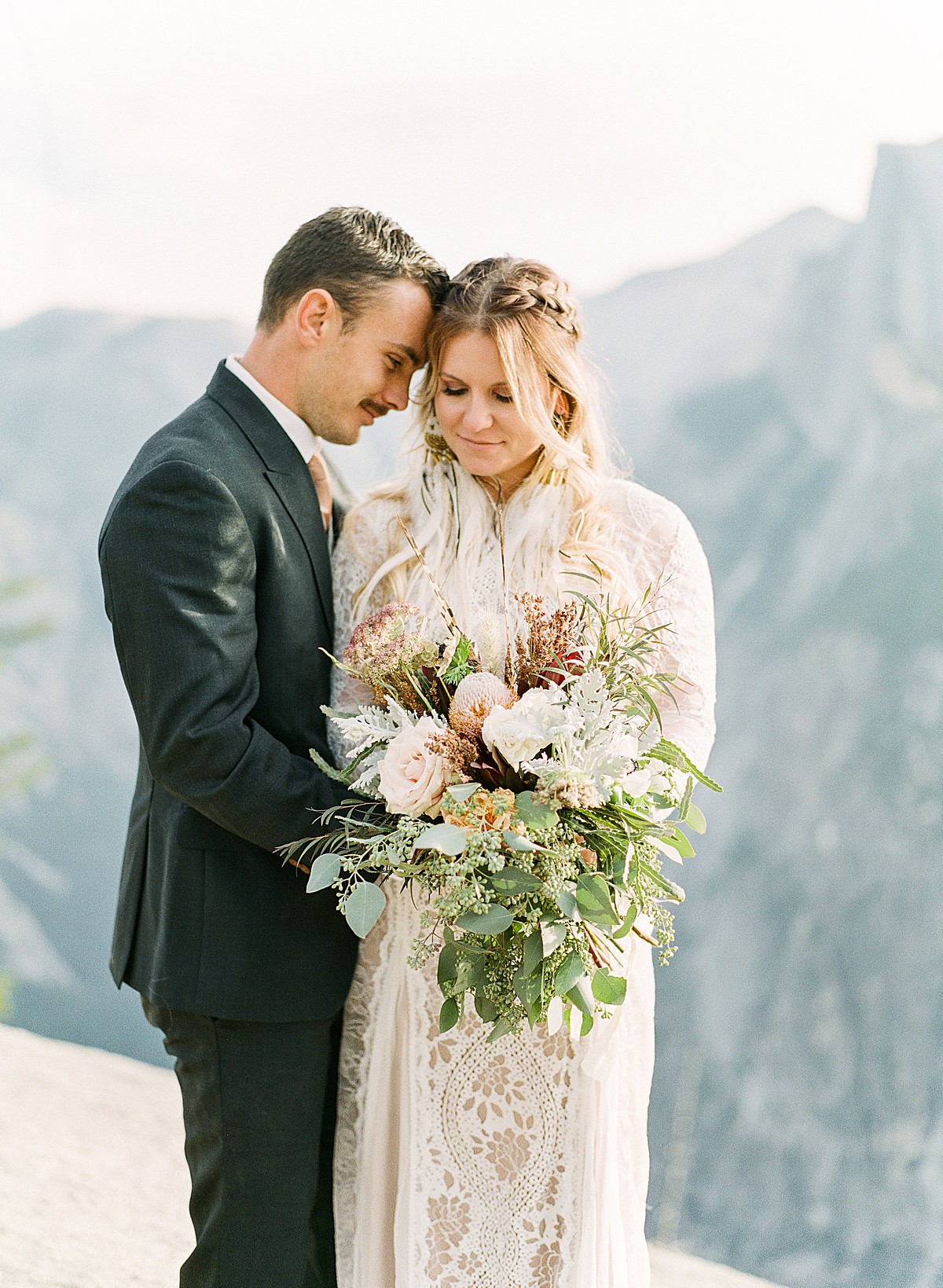 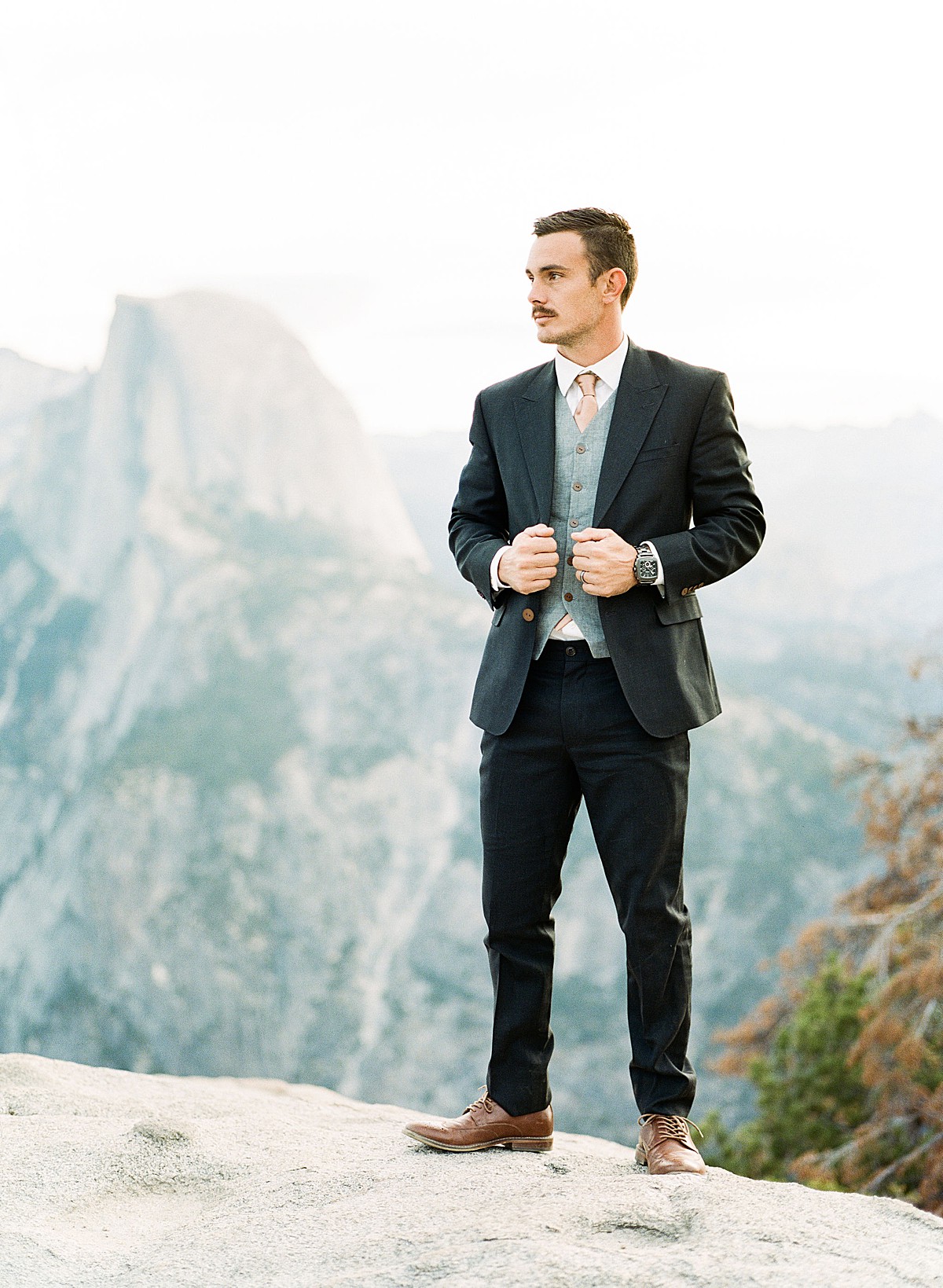 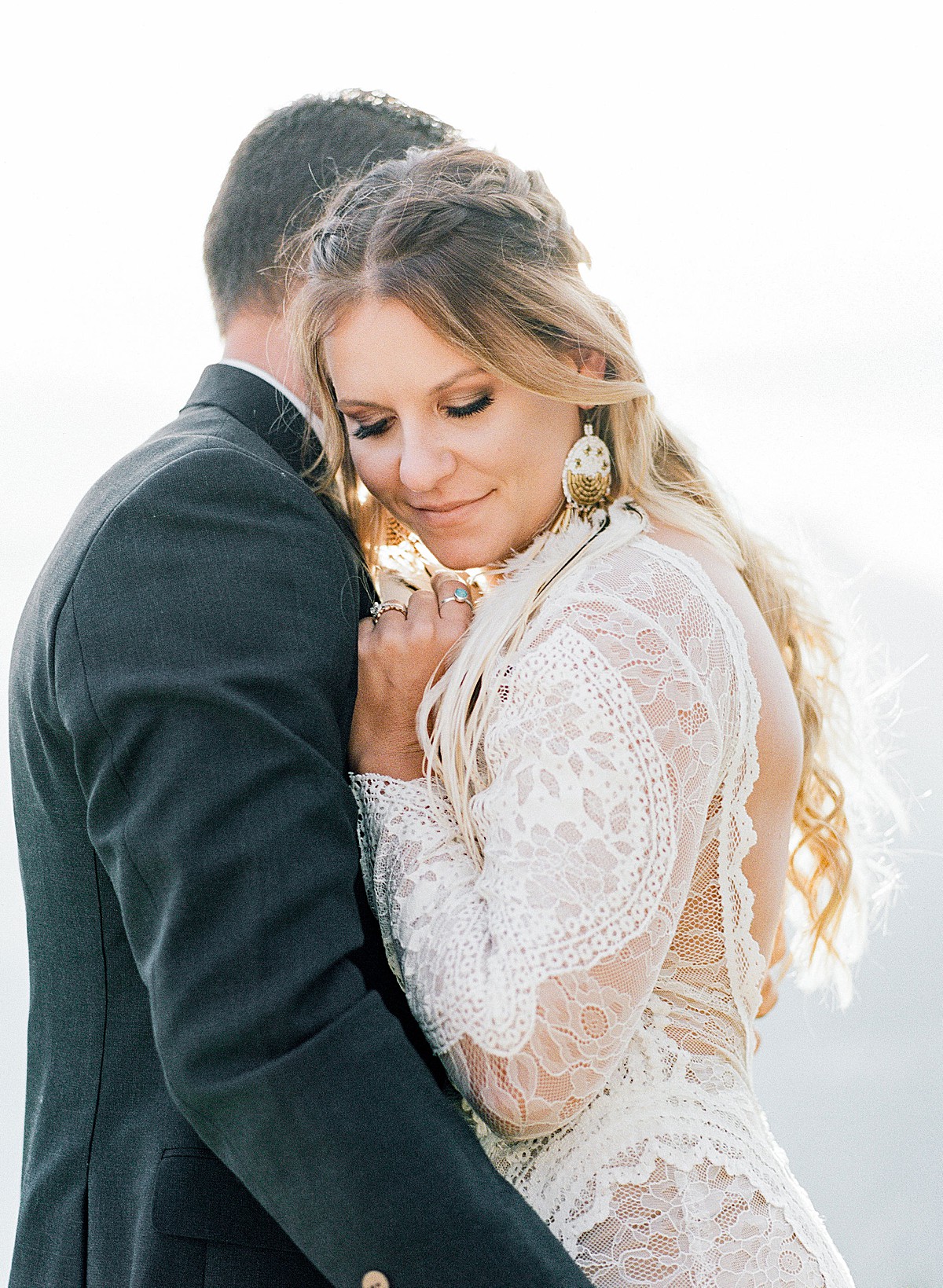 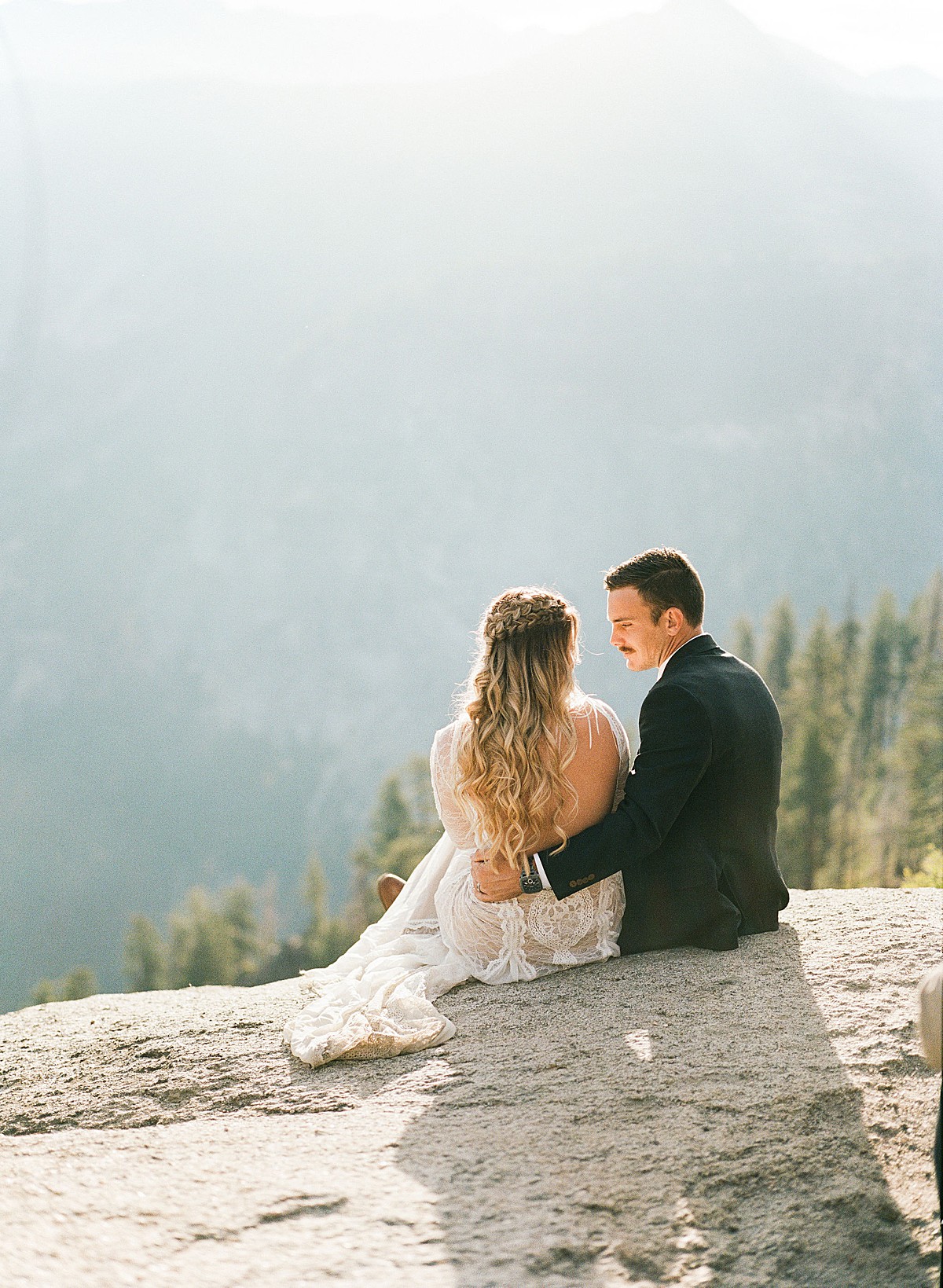 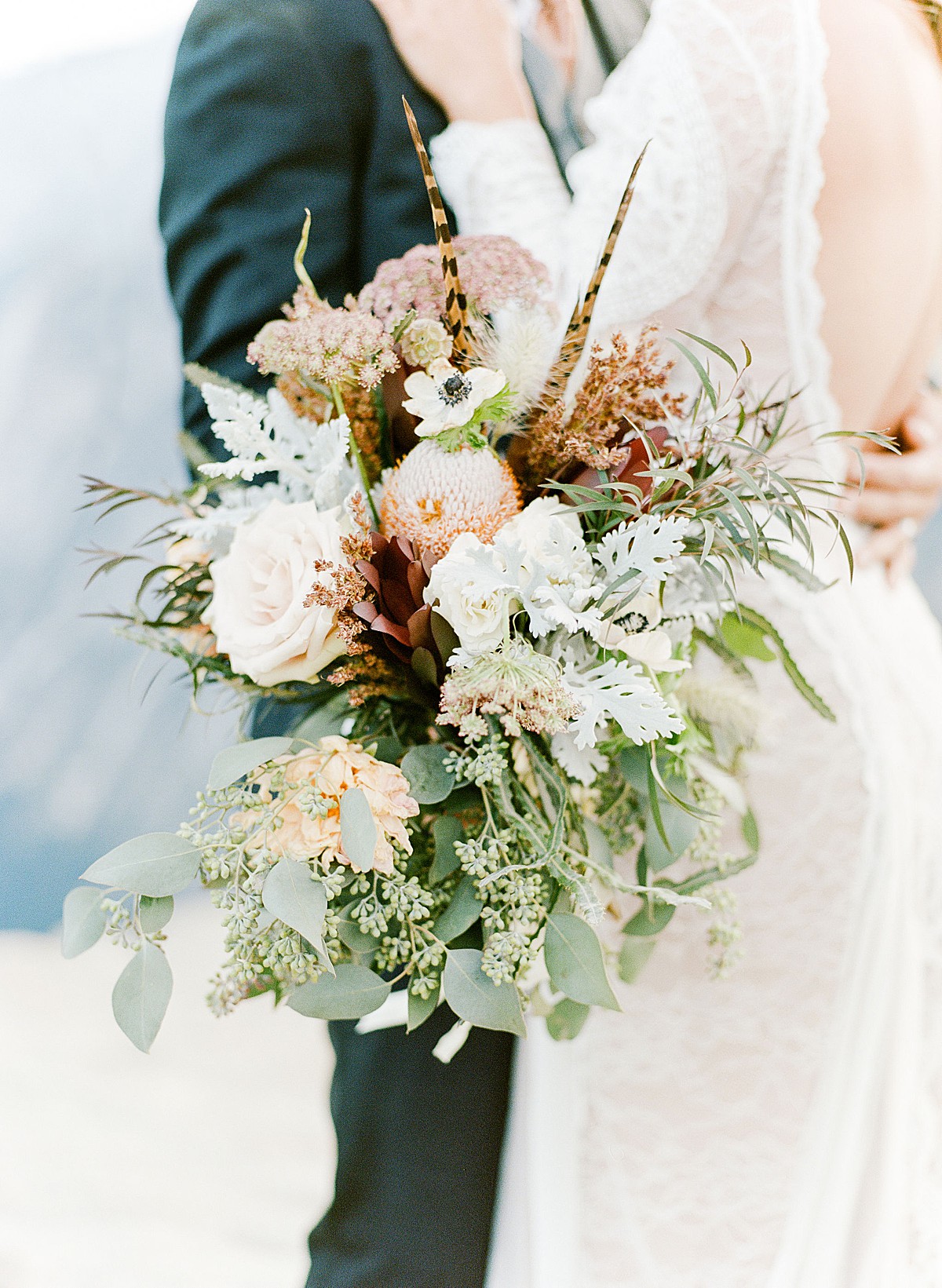 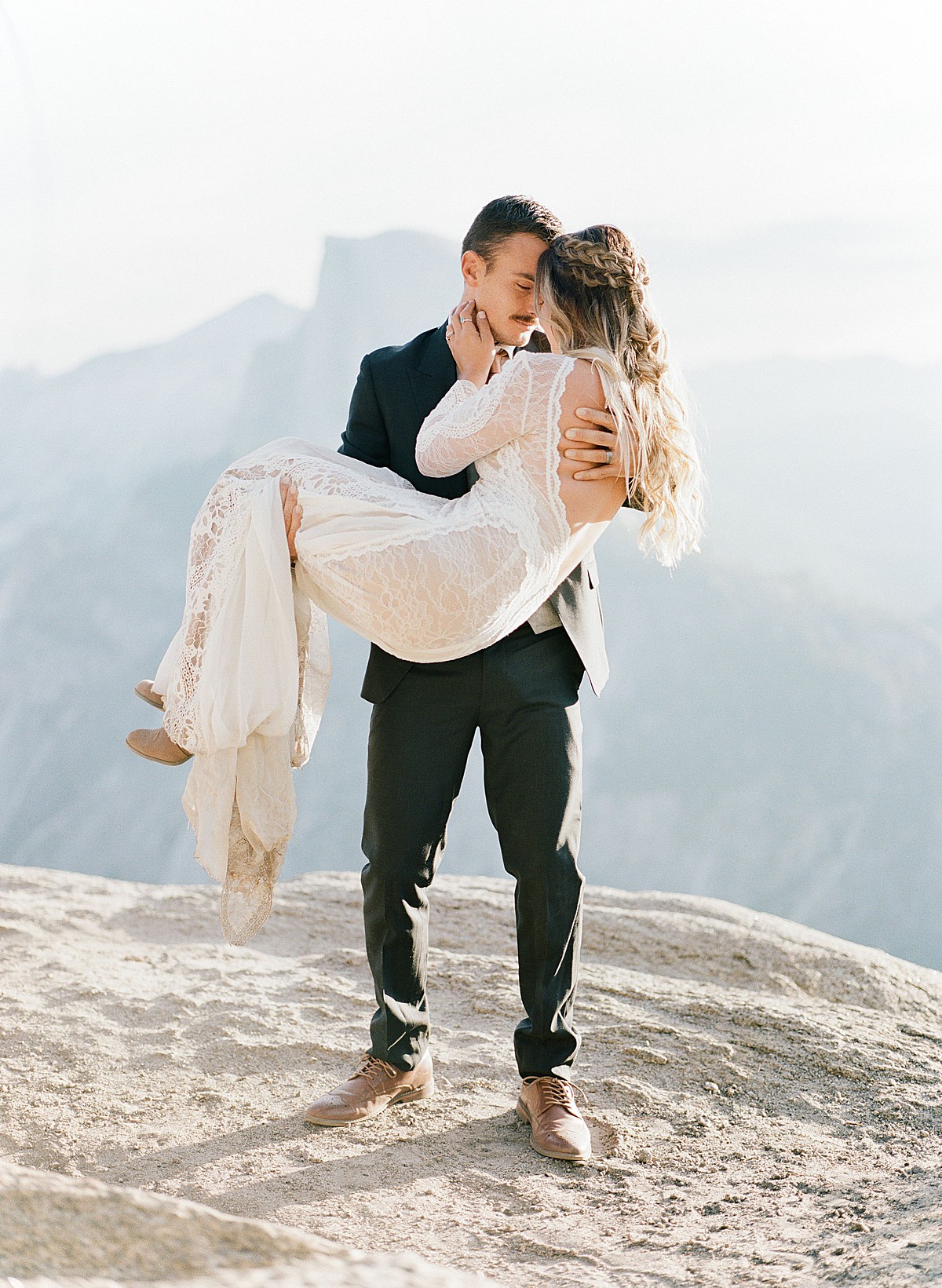 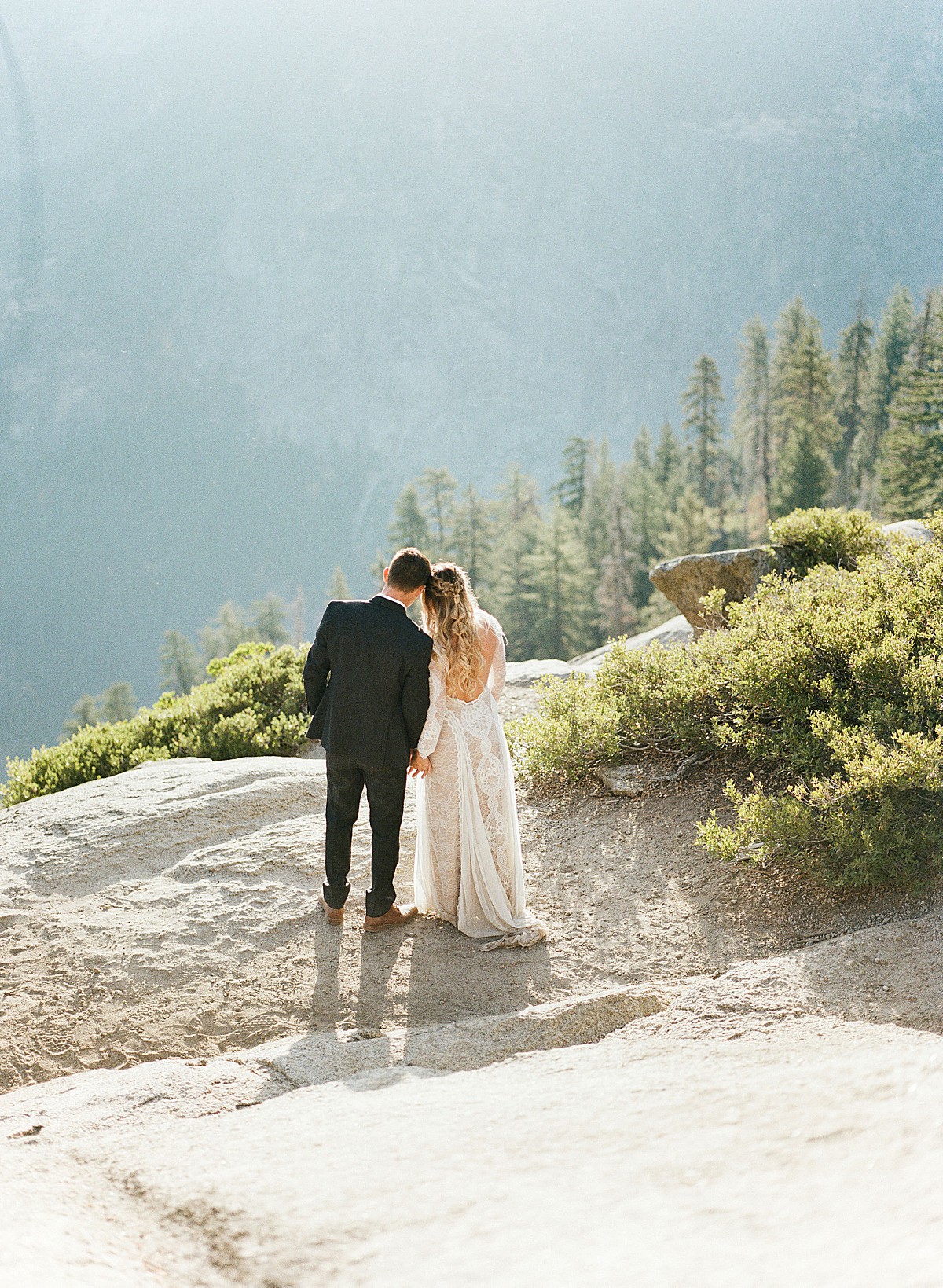 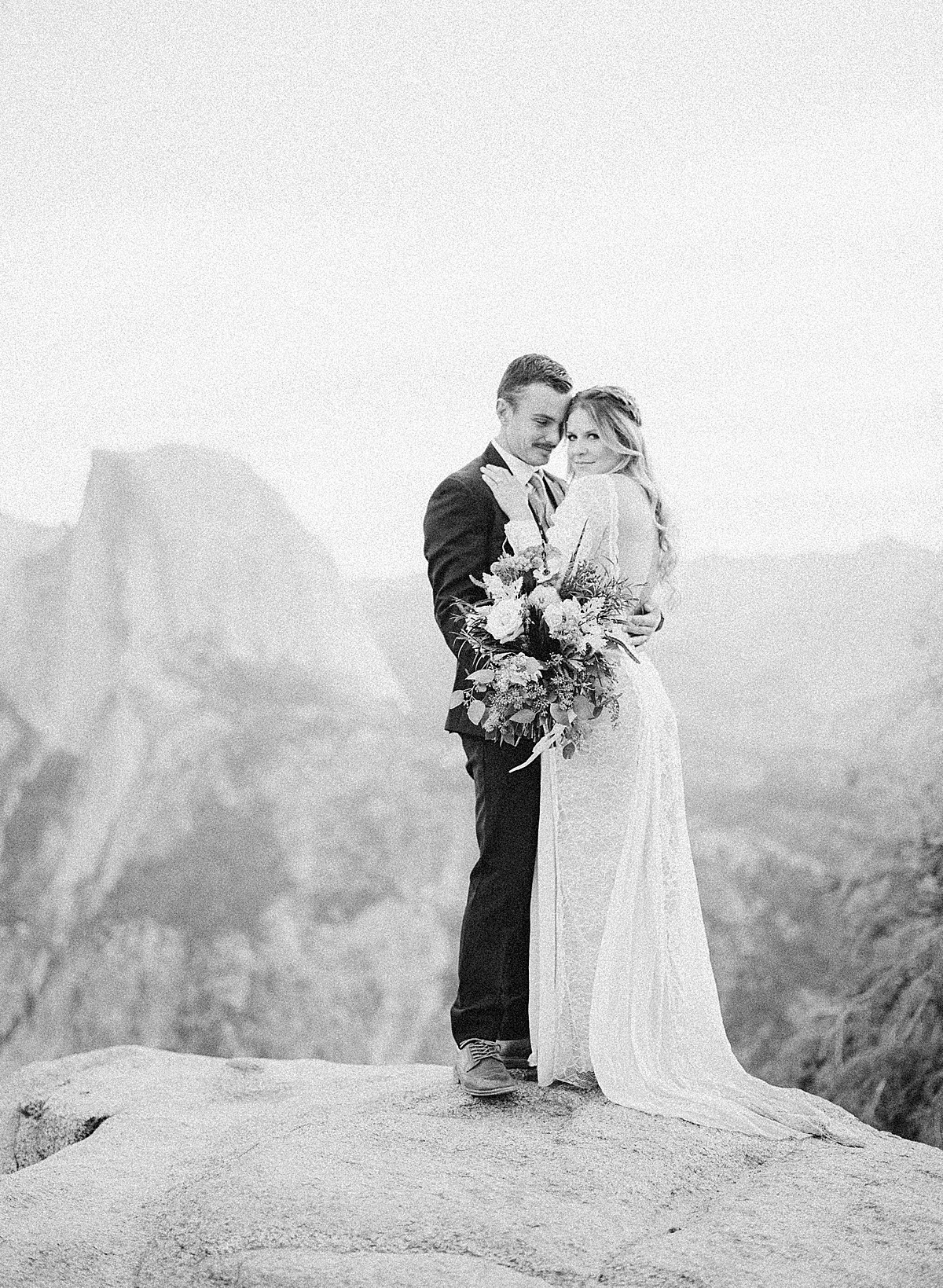 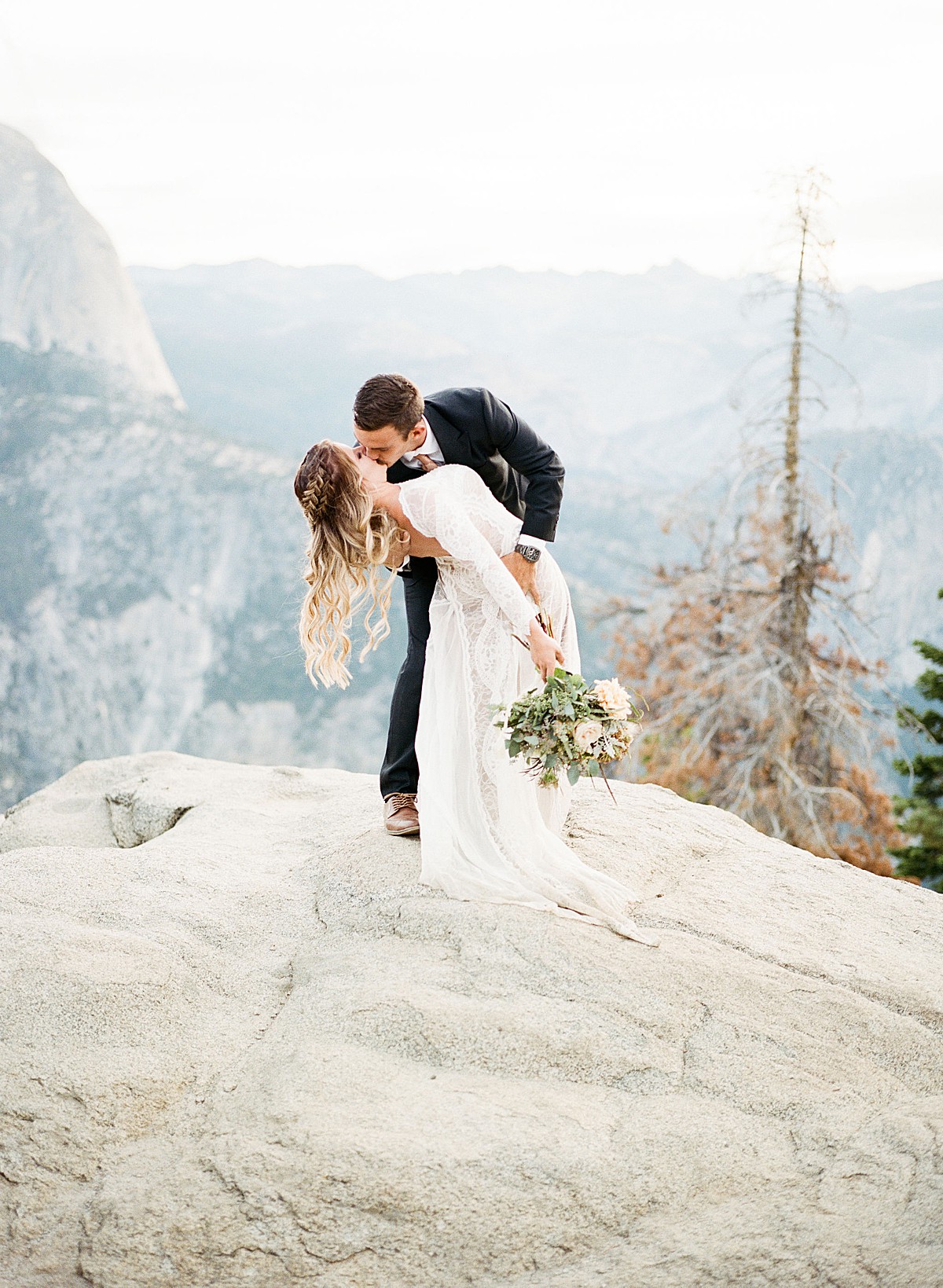 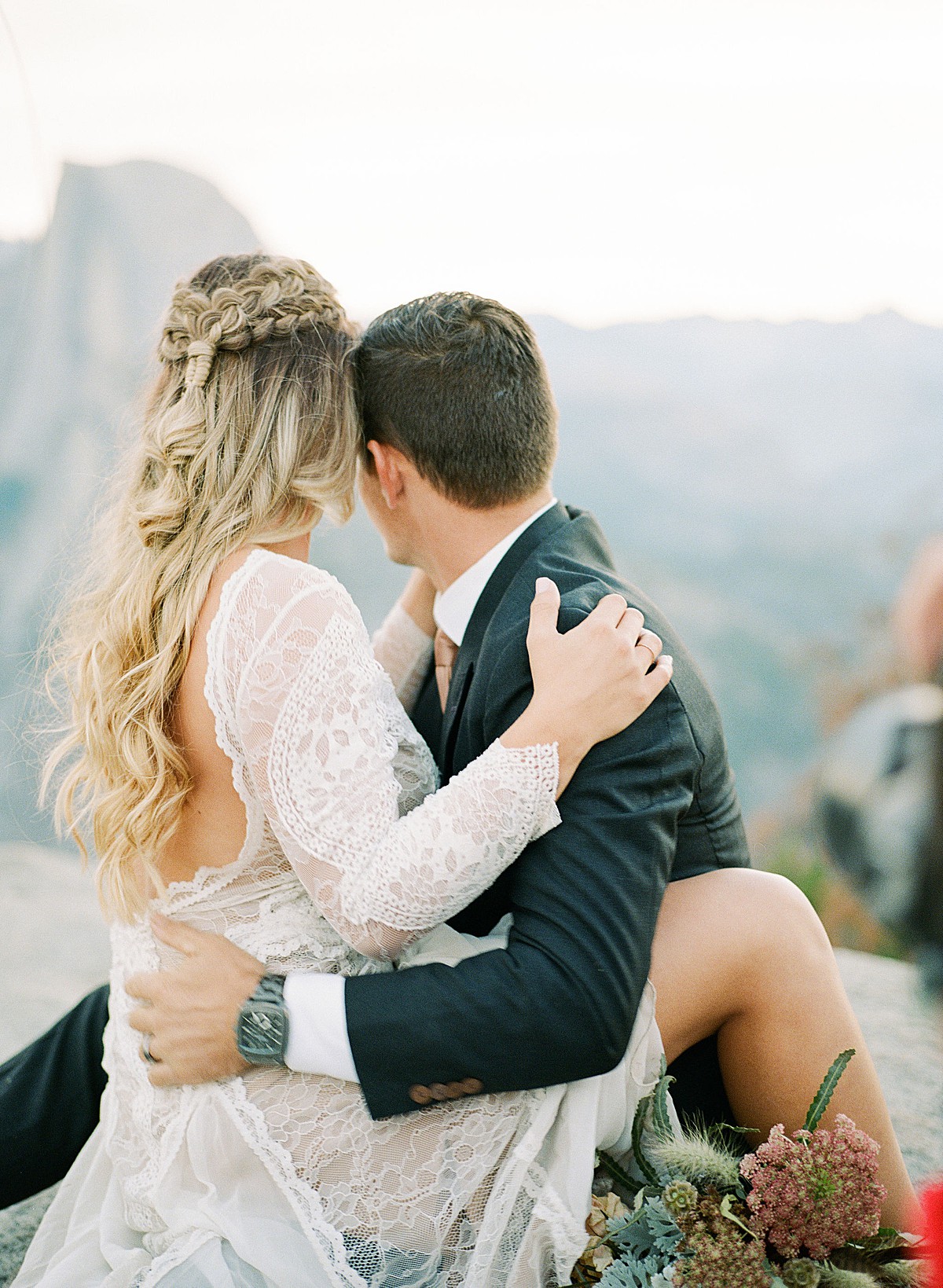 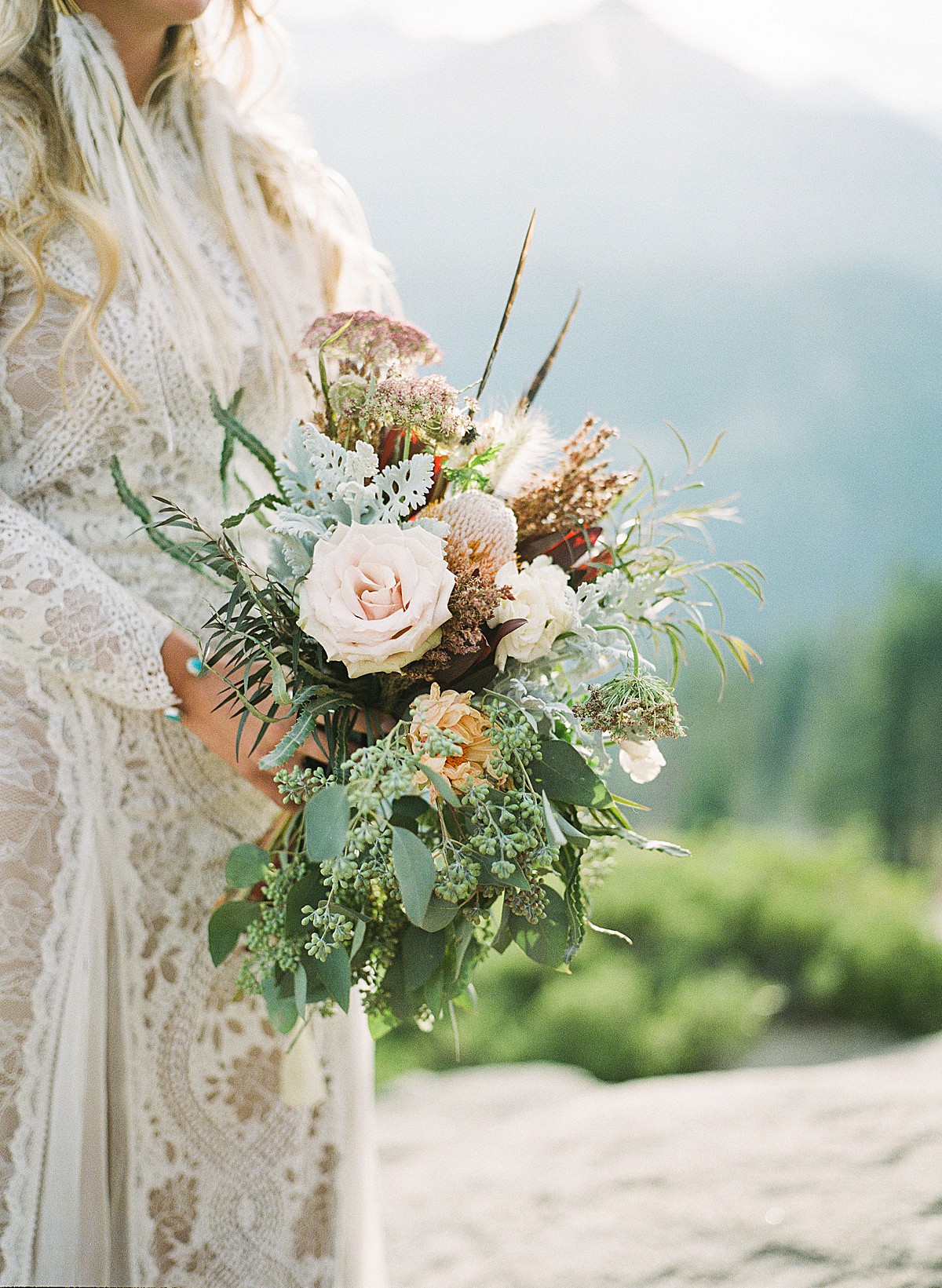 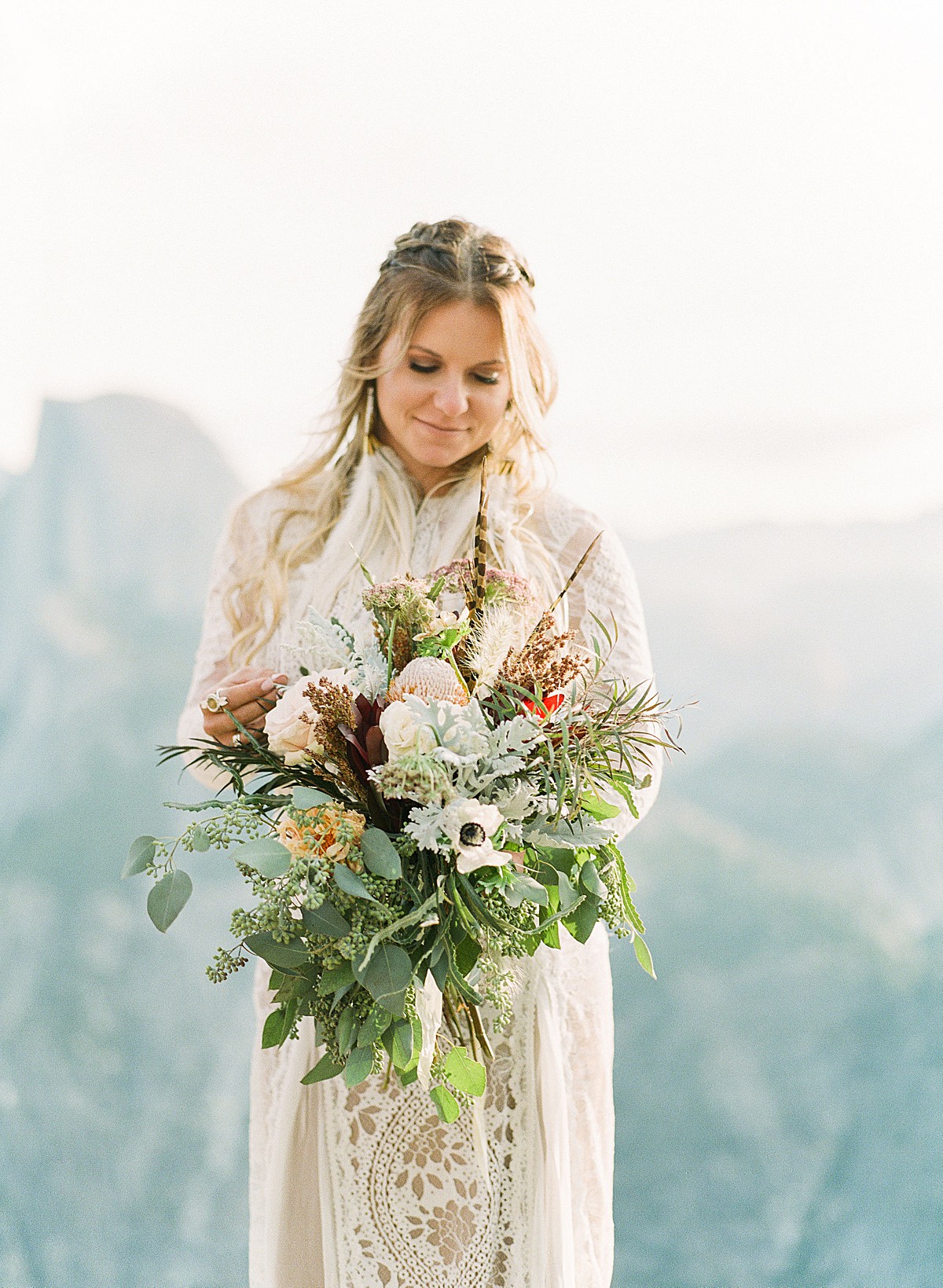 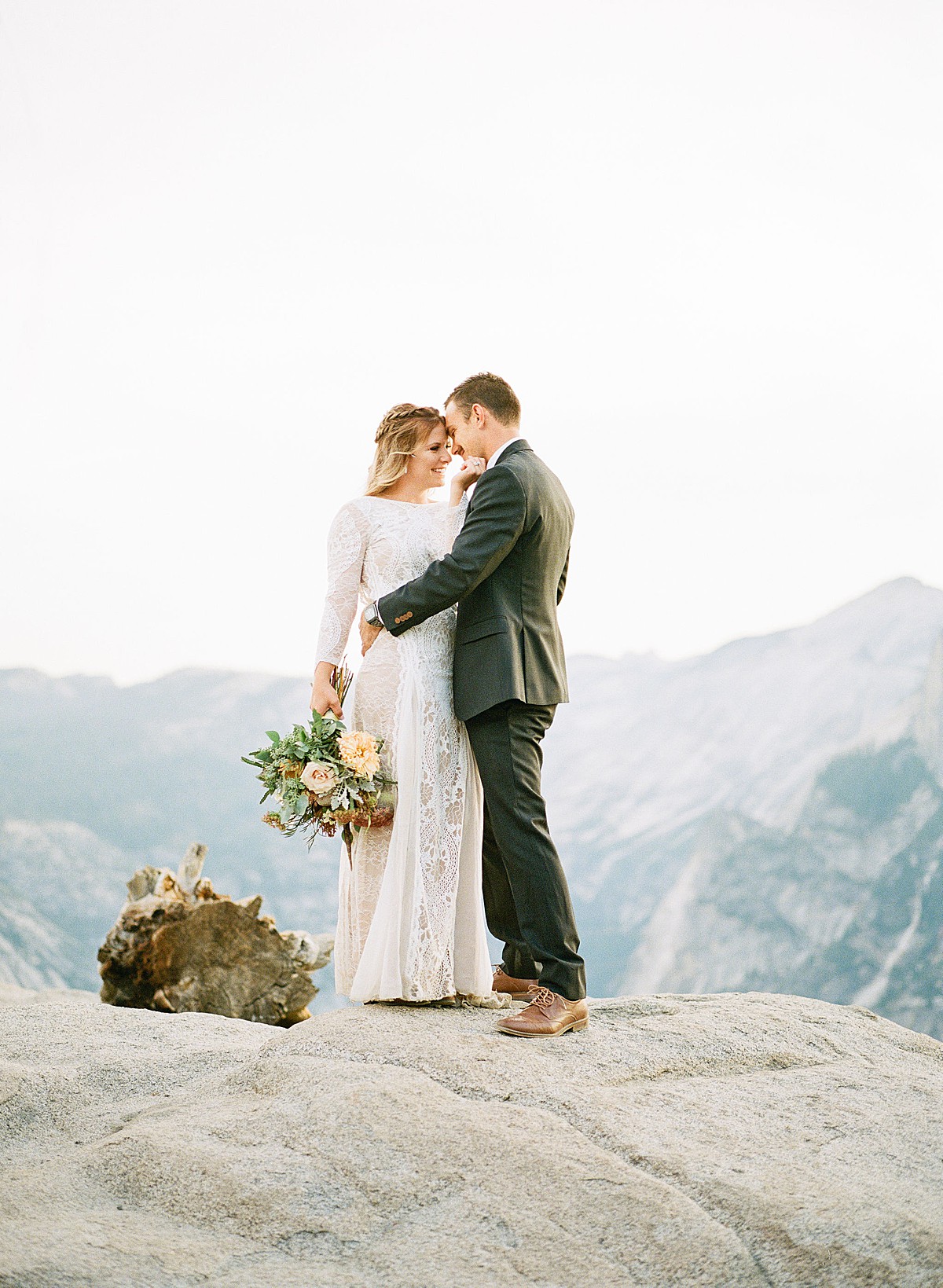 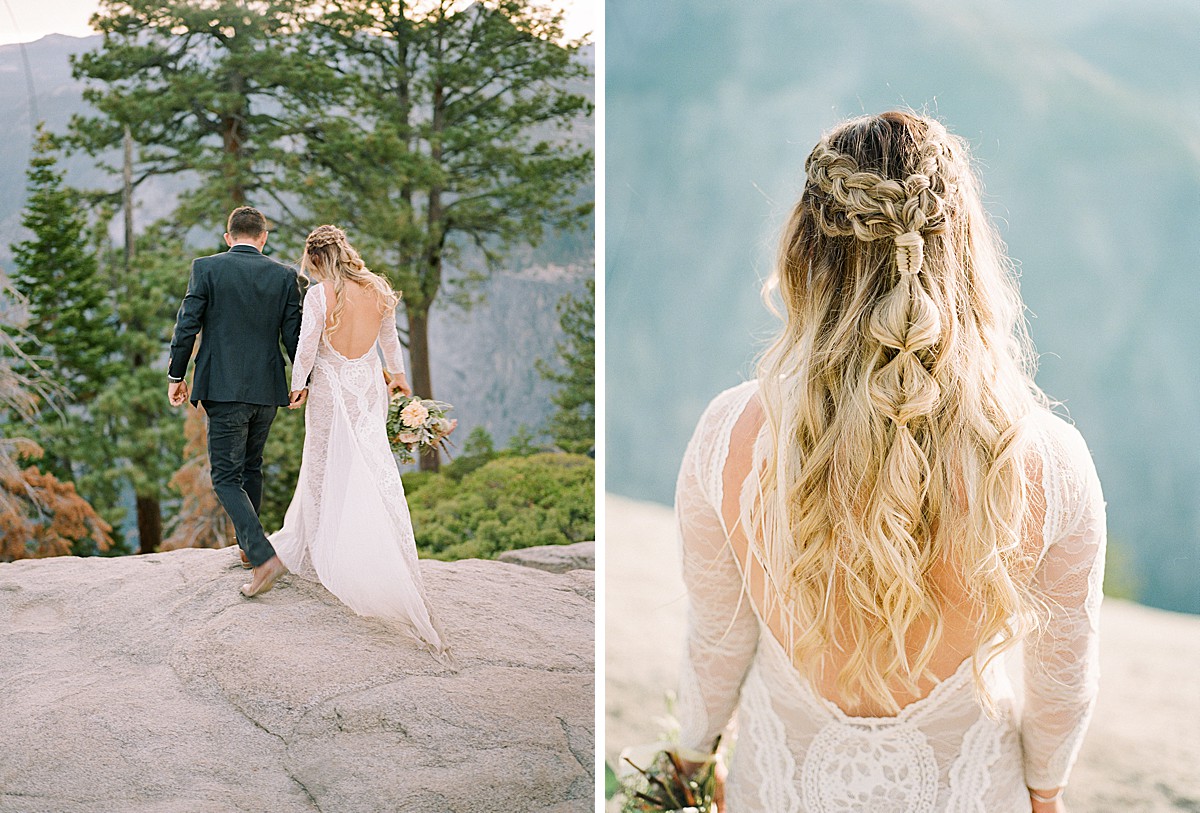 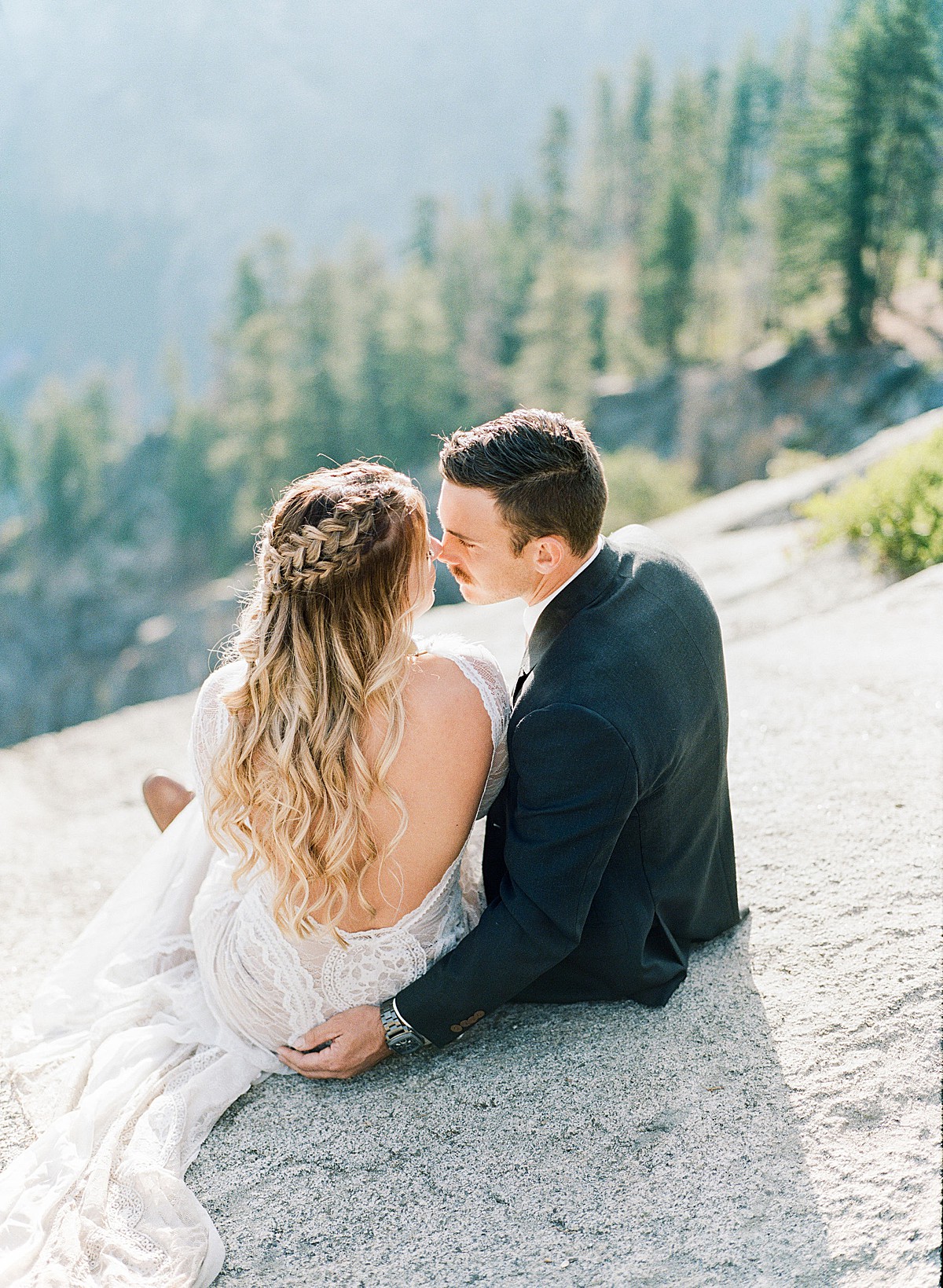 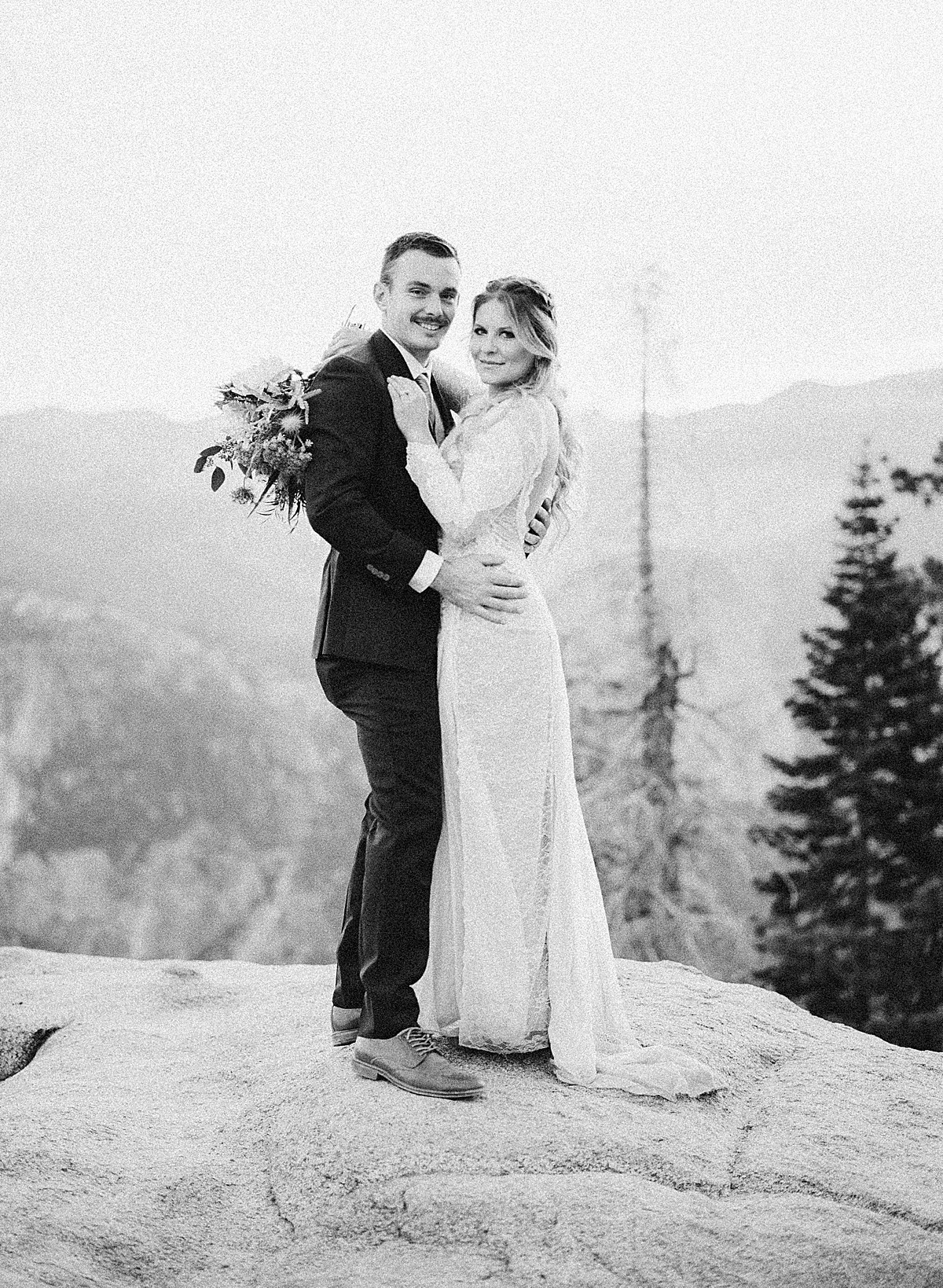 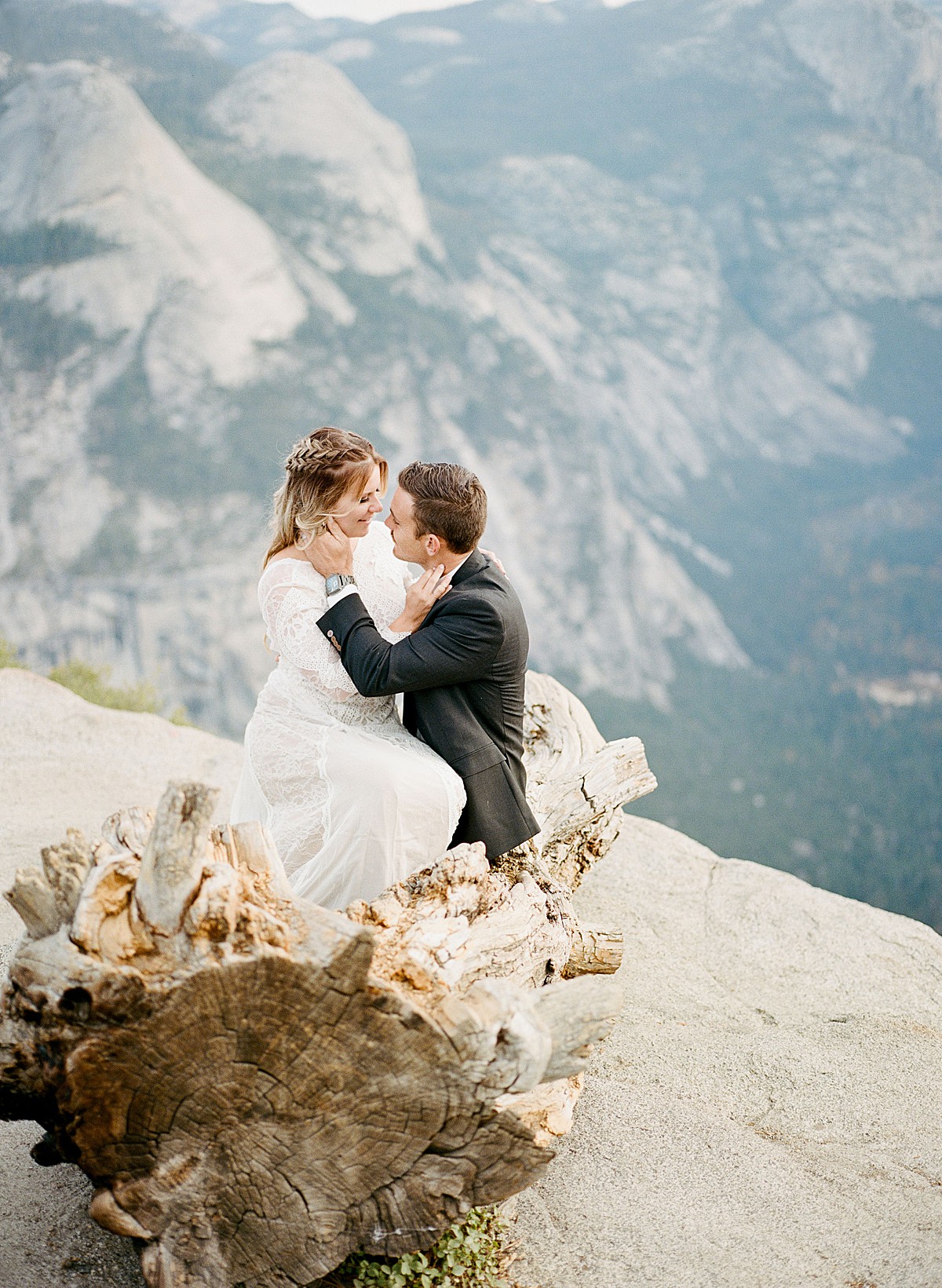