A Springtime Bridal in Toronto

Springtime is here in most of the country, and what better way to celebrate it than with this gorgeous springtime engagement session? We are absolutely in love with the colors and how Maura & Cole’s outfits blended together so well with the lushness of the arboretum in the background. 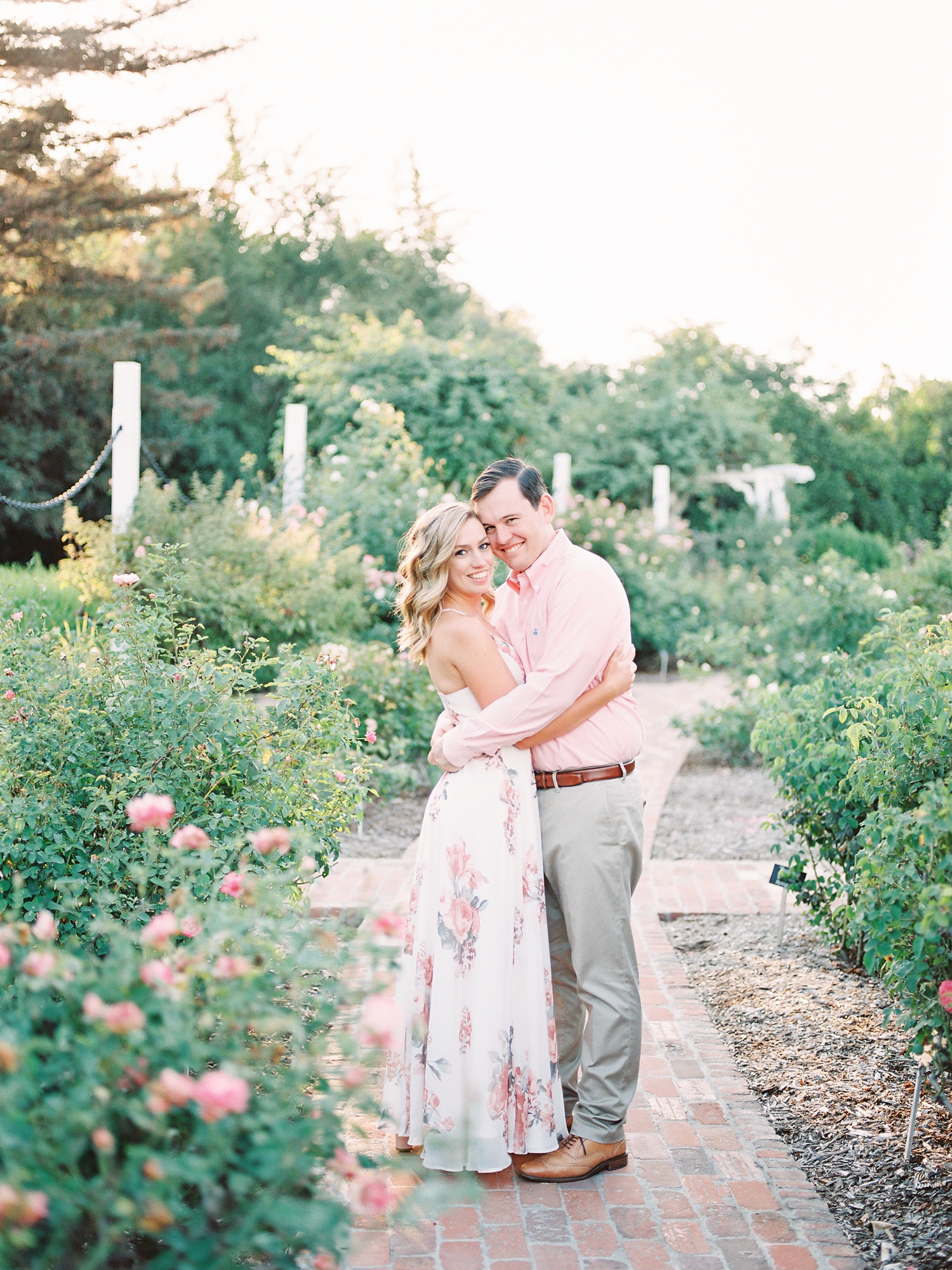 from the photographer, Anya Kernes: Maura and Cole wanted to pick a location that is lush with greenery and flowers for their engagement session, so Los Angeles Arboretum was the absolute perfect place for them. Maura and Cole are one of the sweetest couples I’ve ever met, so full of playful energy and joy! I always tell my couples that putting thought into what they’ll wear for their engagement shoot is so important. It is a huge contributing factor to creating beautiful photographs! With both of them wearing pastels that went together so well, Maura and Cole looked like an absolute dream among the gorgeous gardens of the LA
Arboretum. 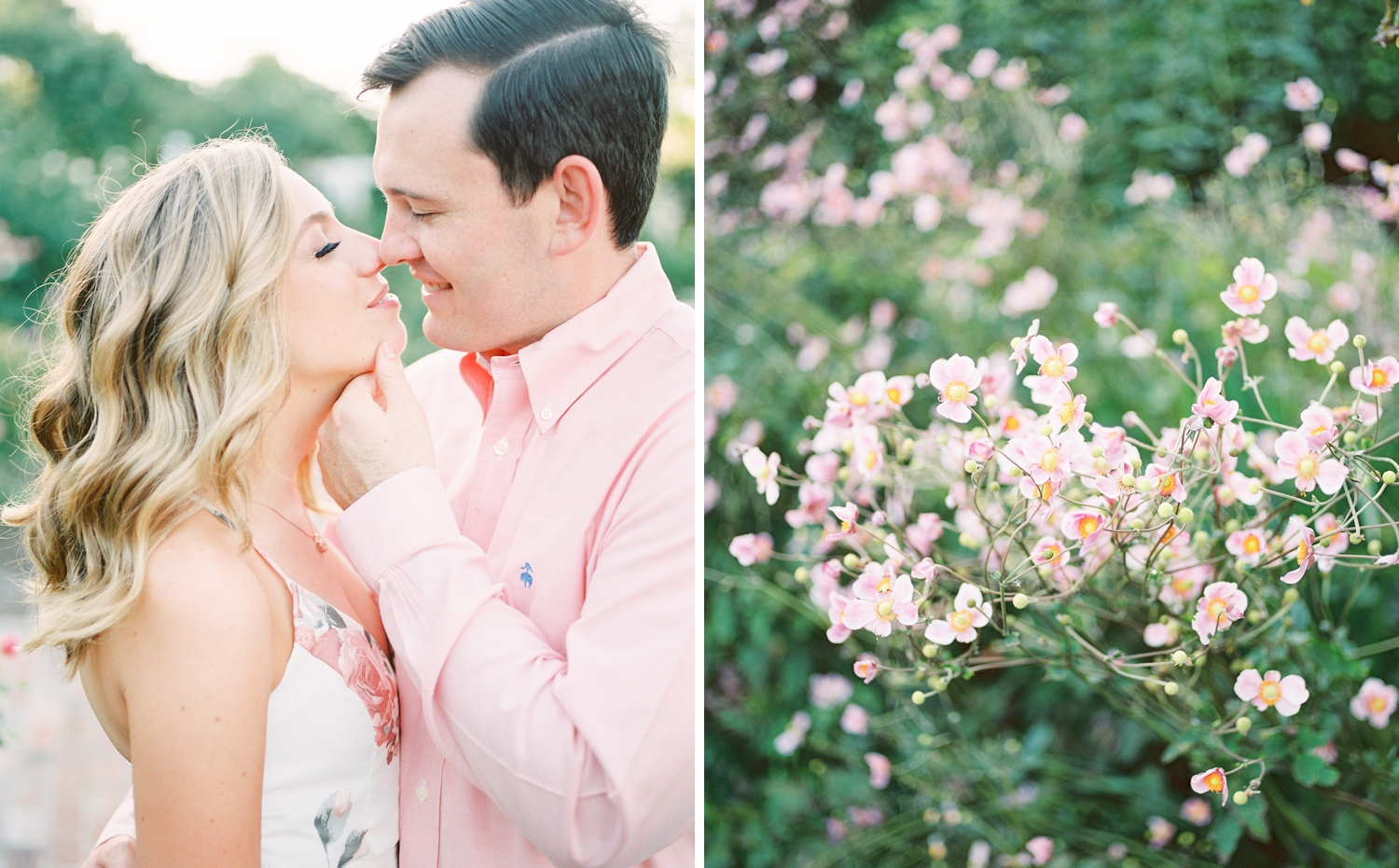 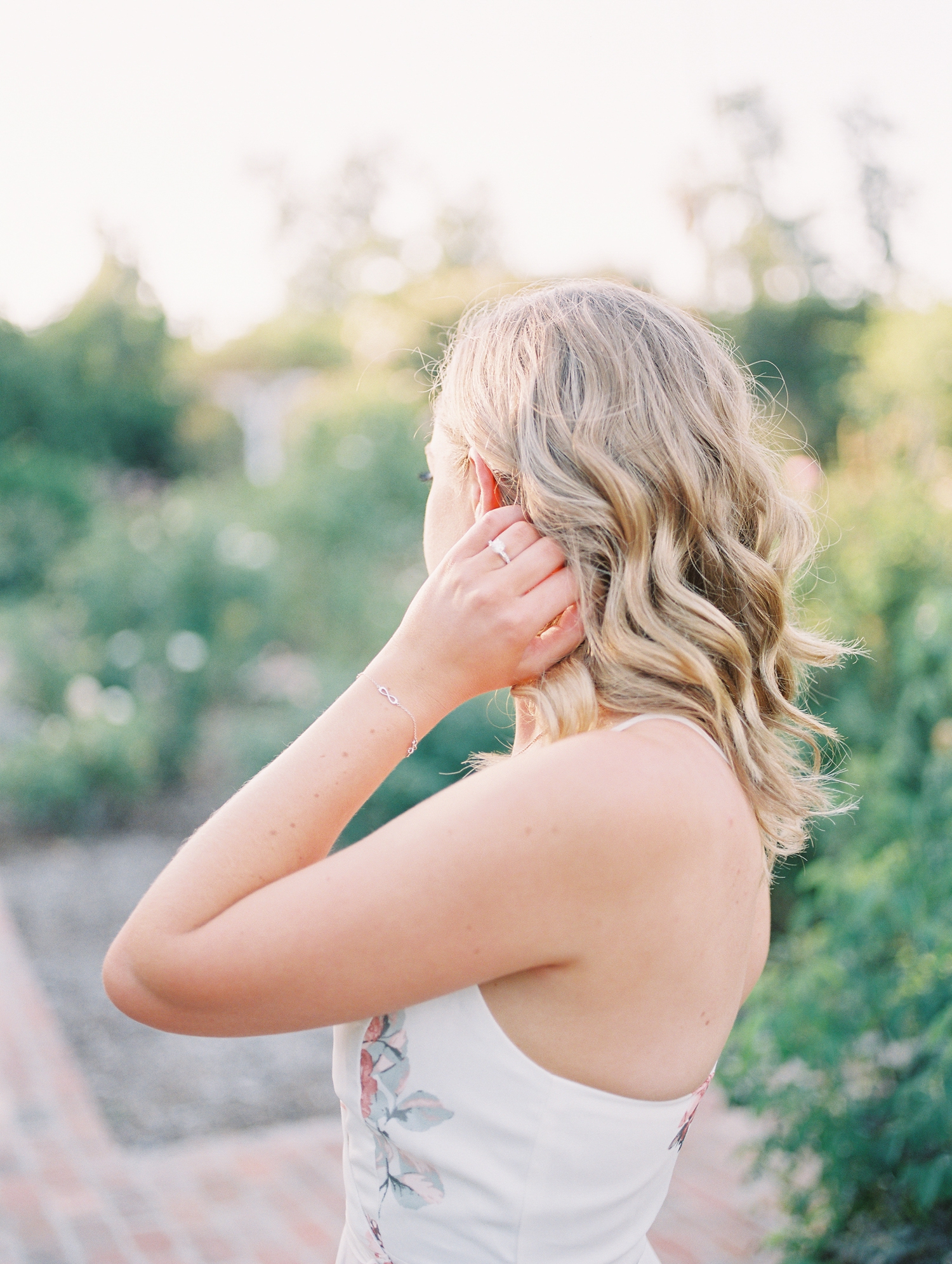 How did you two meet? What were your first impressions of one another?
We met on the first night of our freshman year of college in the lounge of our mutual dorm. I (Maura) was wearing a football jersey of my high school’s brother school’s football team that I found out later had won against Cole’s football team (which he was very passionate about) in high school. As I was in college in Los Angeles, 3000 miles away from my home in NJ, I didn’t expect anyone to know what my shirt was until I walked into the lobby and a boy yelled “f*ck Don Bosco!” That boy was Cole. That’s when I decided we would be best friends. And we were best friends for 2 years before we even started dating and continue to be best friends now that we are engaged. While I was wearing the jersey, we continue to share a mutual distain for Don Bosco football.

Tell us a funny story relating to your wedding day or relationship!
While we were doing long distance from the bay area to LA, we only got to see each other for a few hours a weekend once a month. One holiday weekend, we were so excited to have a few extra hours together and couldn’t stop talking about all of our fun plans. To everyone’s surprise, on the Friday afternoon that Cole was supposed to fly down to see me, it was RAINING in Los Angeles! The weather was so terrible that all flights were cancelled. We were shattered. On Saturday morning, I woke up with the best plan – meet in the middle and spend the weekend together at a hotel so we could still see each other. Cole shut down my plan, saying he was hunting, but I am persistent. I was looking up places and prices and was moments away from booking a room when Cole called and told me I needed to calm down for just a FEW more minutes until he got home and could make a better decision. I was pissed because WHY wouldn’t he want to spend the weekend with me in Bakersfield, CA?! That’s when there was a knock on my door. Cole had spent all morning driving to LA to be with me! I was shocked and immediately over being angry that Cole didn’t want to meet me halfway. We were so happy to be together for the weekend in LA as originally planned and this story makes us laugh when we think about it. 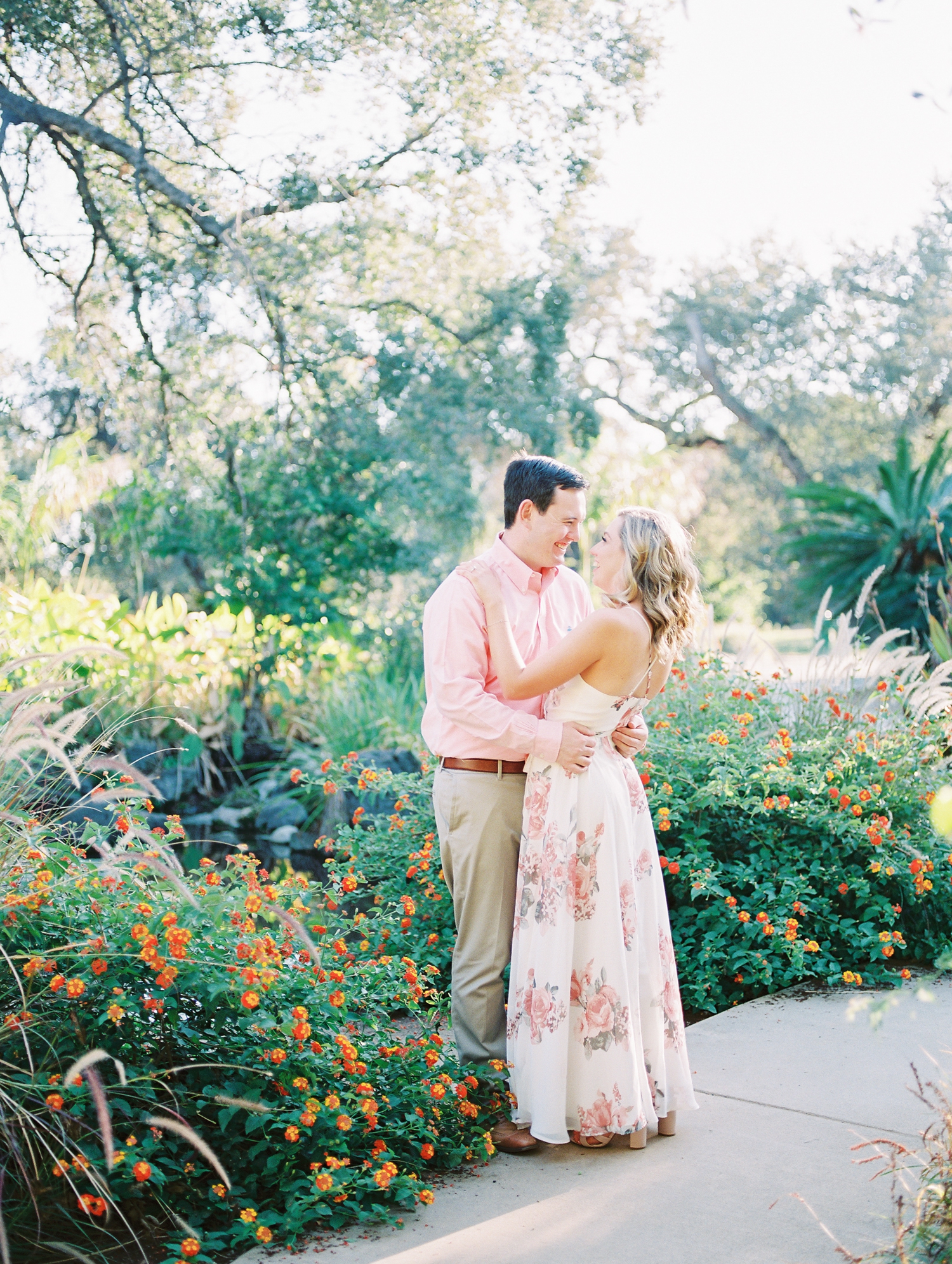 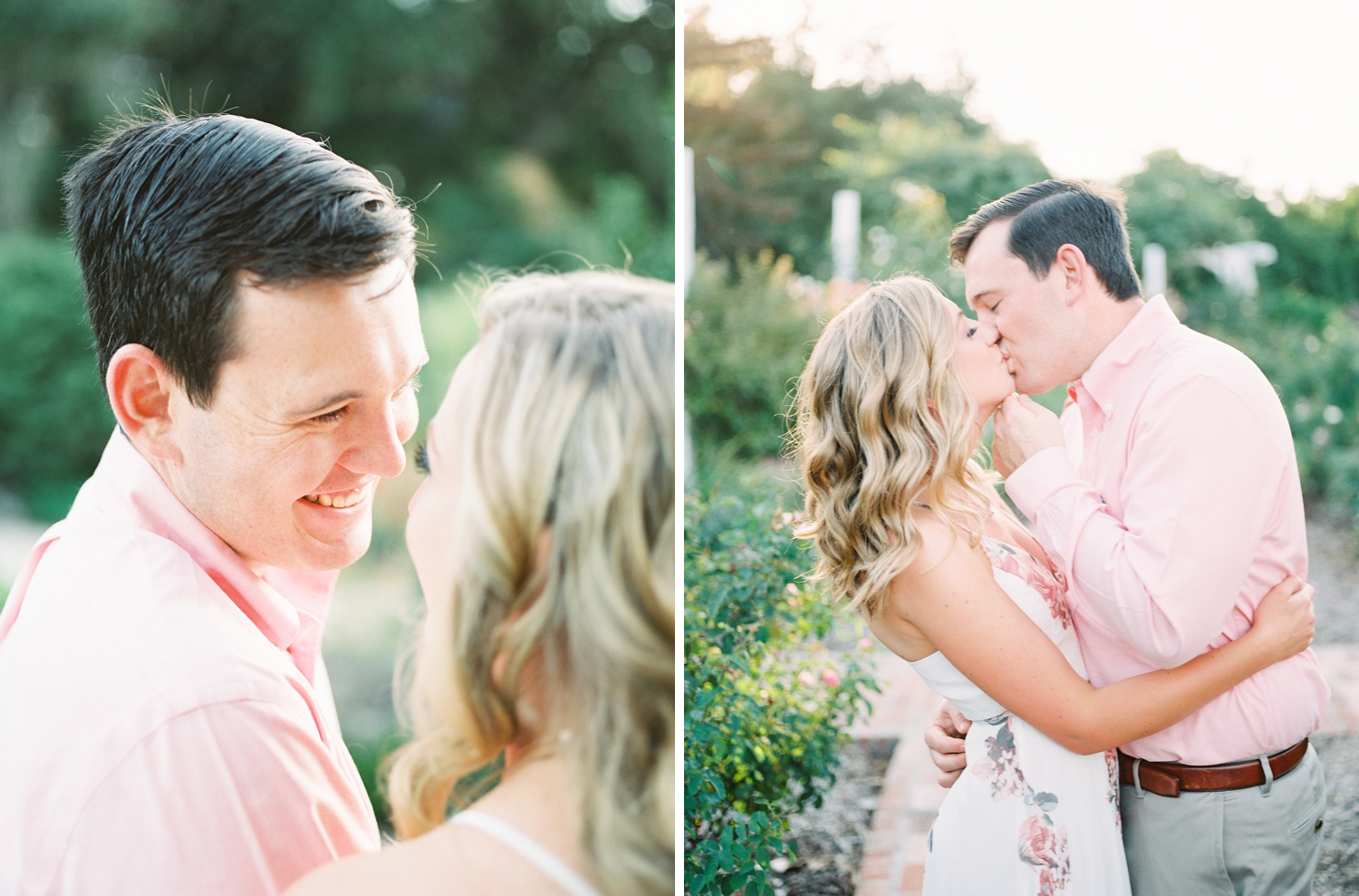 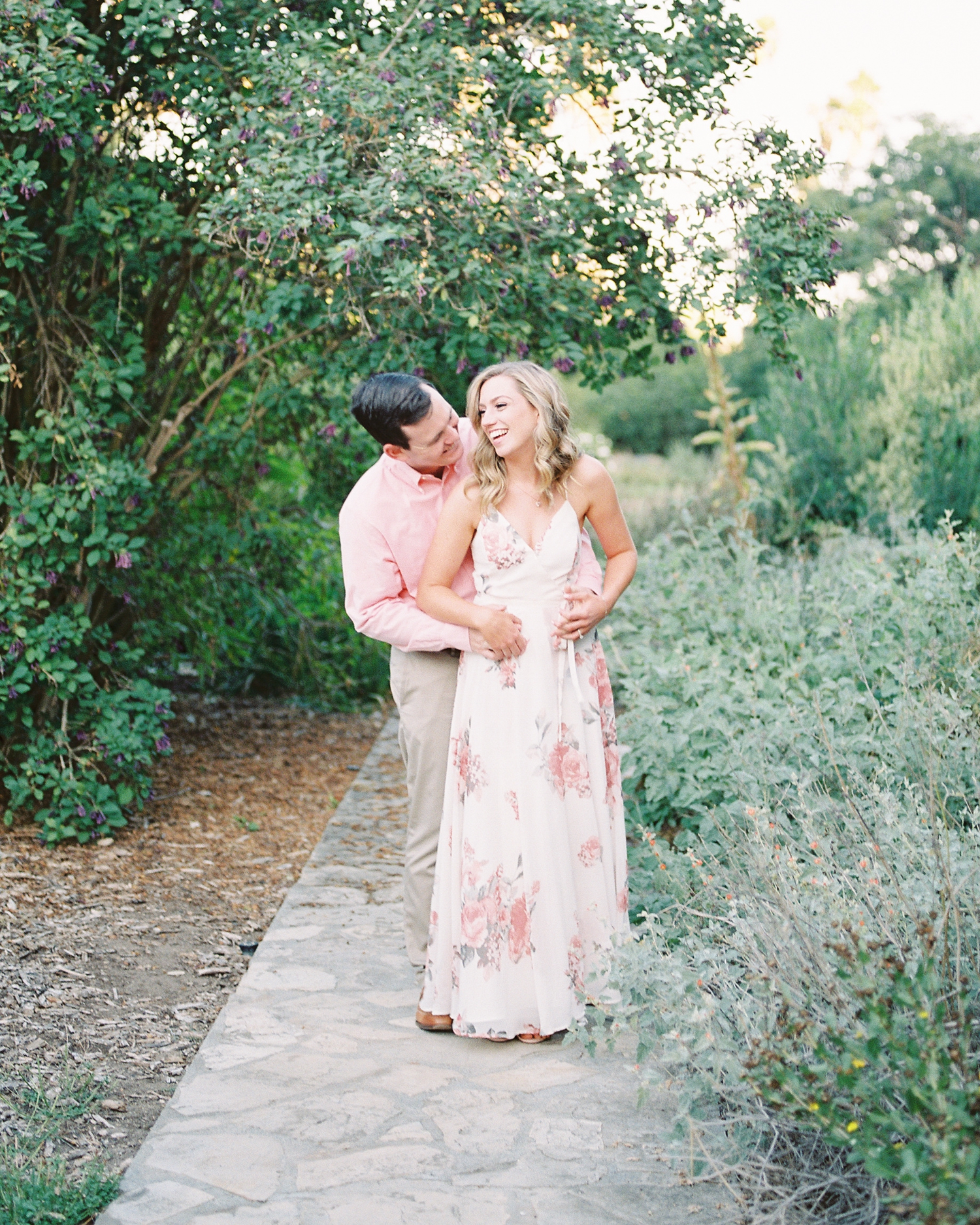 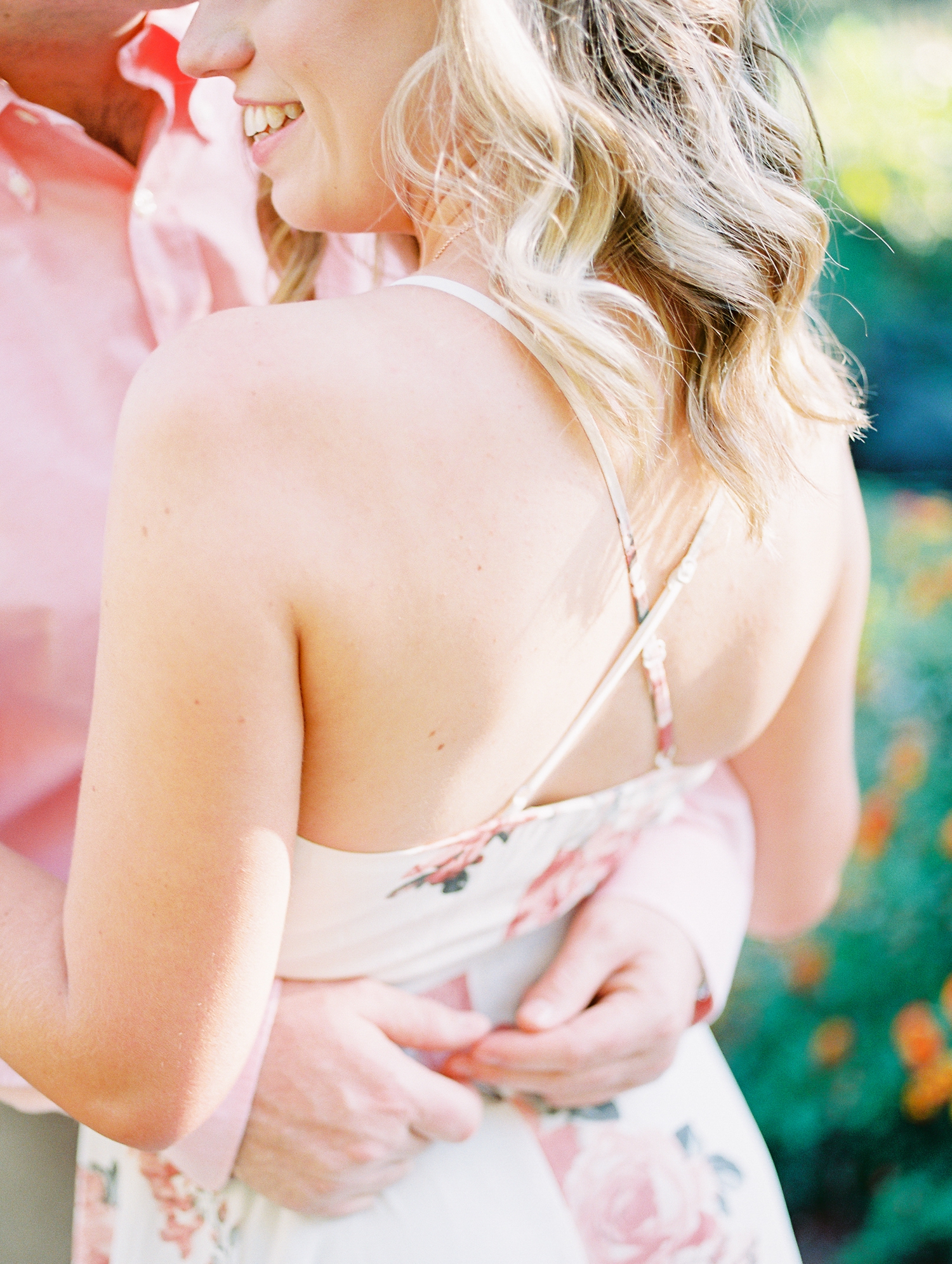 Describe a hurdle you had to overcome in your relationship or during your wedding planning.
We started dating in our junior year of college in January 2014. Unfortunately, after graduation in May 2015, Cole moved back to the bay area to work and I stayed in Los Angeles for graduate school. We did not know at the time but we would be spending 3 years in a long distance relationship before Cole’s job transferred him back to Los Angeles. Long distance was not fun or easy and required a lot of long drives and late night plane trips to see each other for barely 36 hours. During the last year or two, I started to get antsy about an engagement and Cole was adamant that he would not propose until we lived closer. In June 2018, Cole finally moved to Los Angeles where I planned to move in with him the next month. Cole was also adamant that he would not live with me before we were engaged. As I had a move in date and Cole was still not getting down on one knee, I assumed he had gotten past this. However, Cole is stubborn and, although I expected an engagement at every moment, Cole surprised me when I was least expecting it the weekend before I had plans to move in!

Any special ways you incorporated your family or family history into your wedding day?
Our families are not rich with too many traditions, however, one way we plan to tie in family history is to have a dance for all the couples to “Sea of Love,” my parents wedding song.
While most couple’s have something old, something new, something borrowed, and something blue, Cole’s grandparents gave me “a sixpence” to put in my shoe, which is actually the end of the old English rhyme that seems to be forgotten as a sixpence is not something readily available to most.
In our own tiny history of about 7 years, we will be incorporating Loyola Marymount University, the place we both met and got engaged, by getting married in the school’s Sacred Heart Chapel. 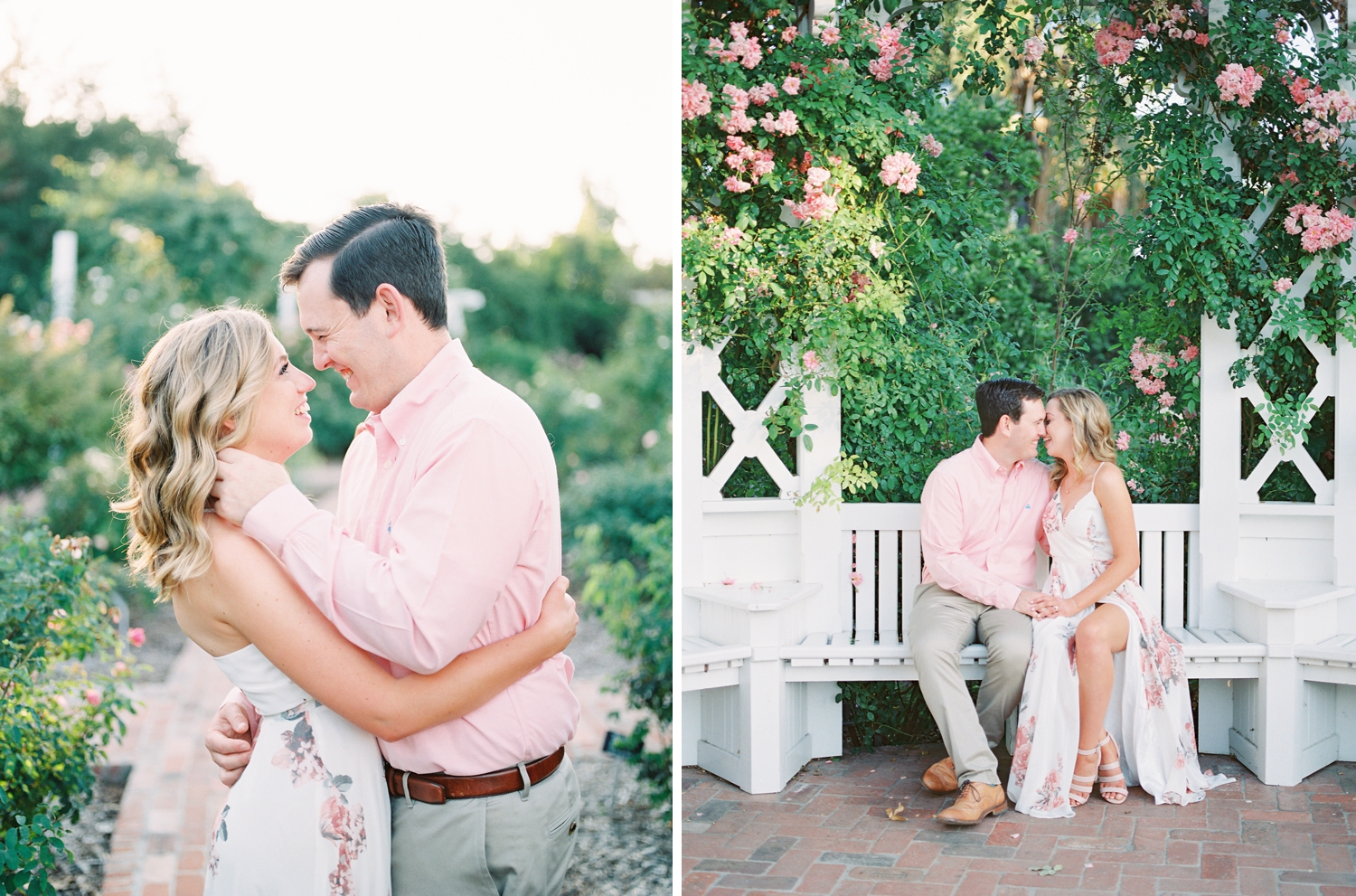 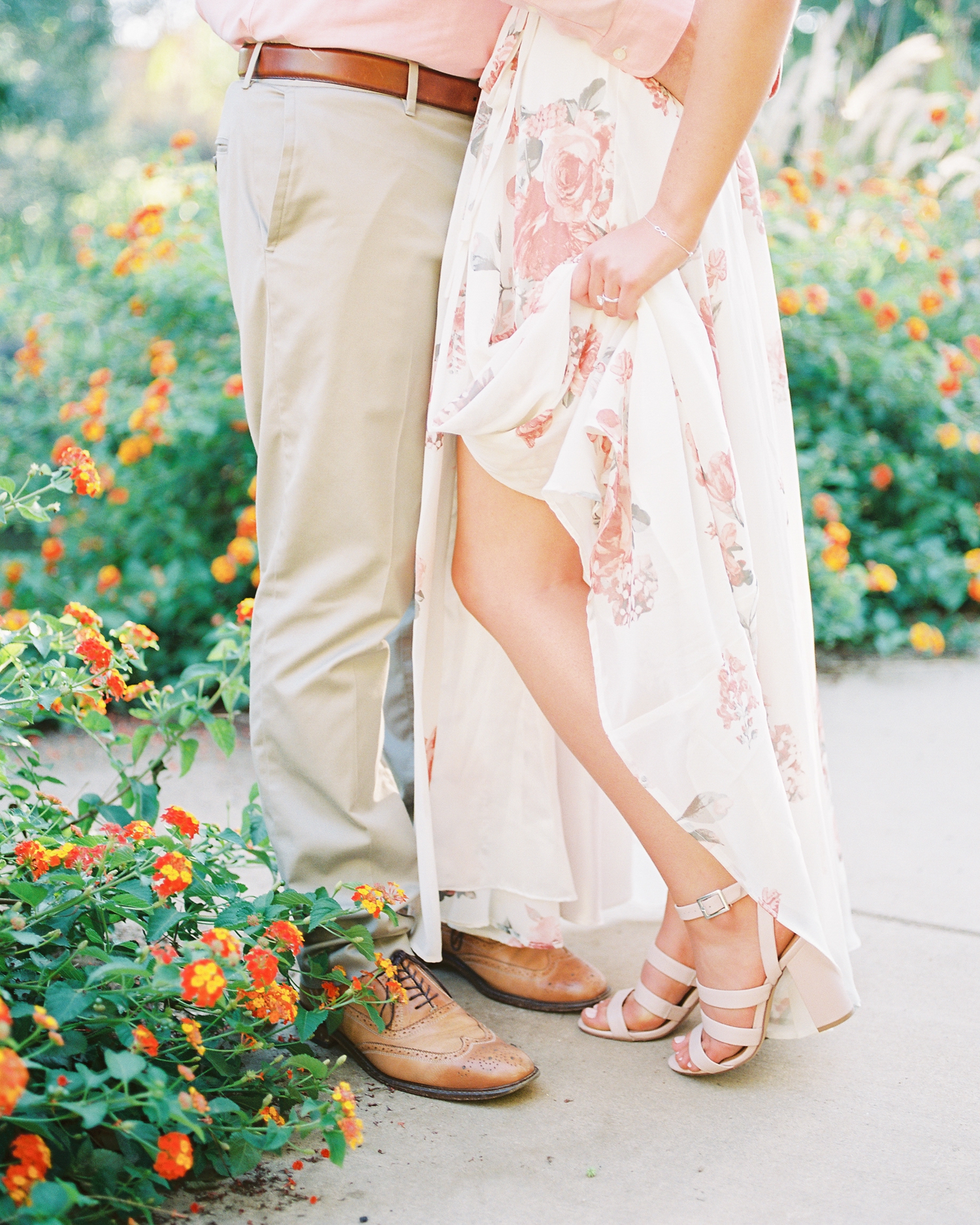 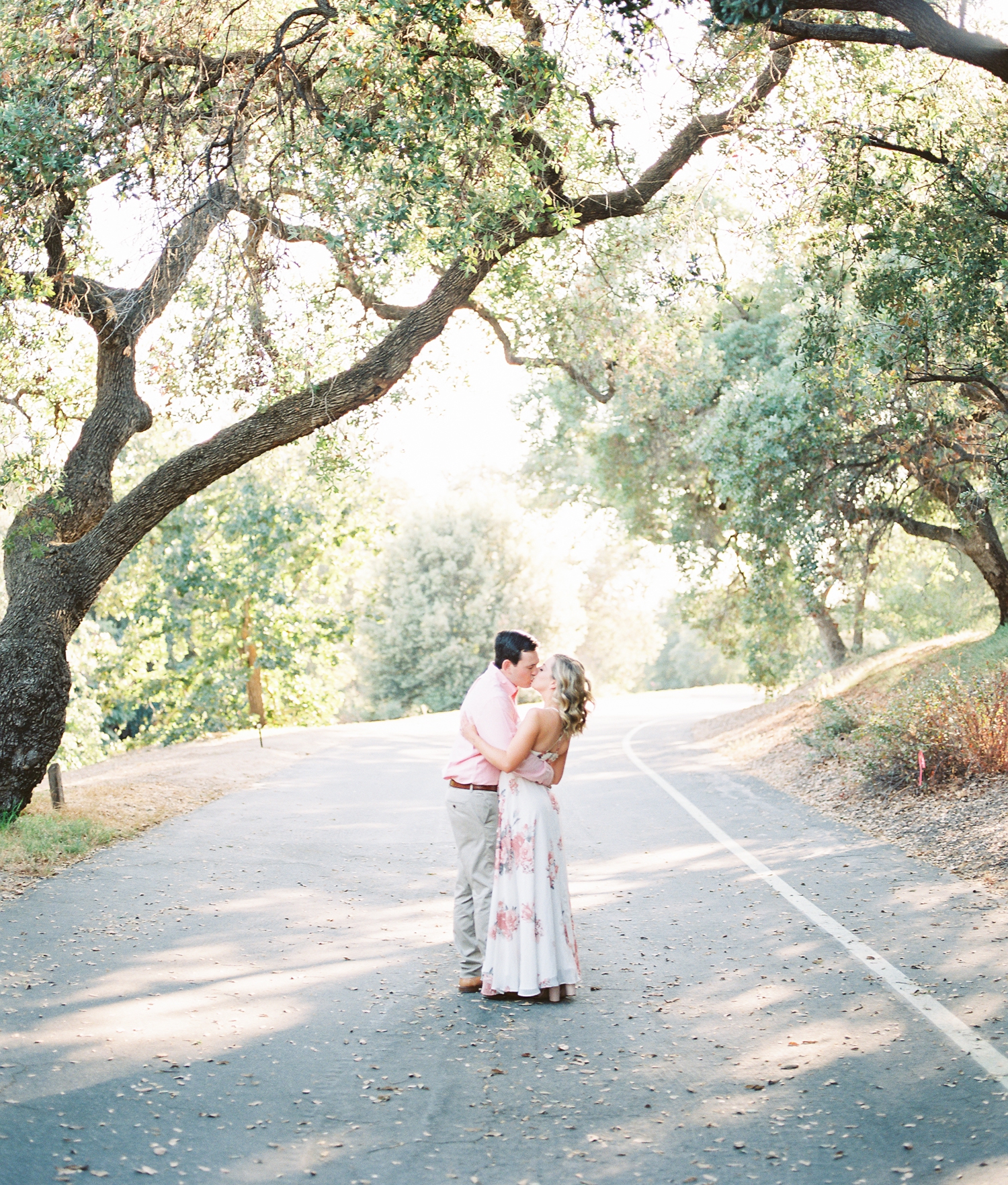 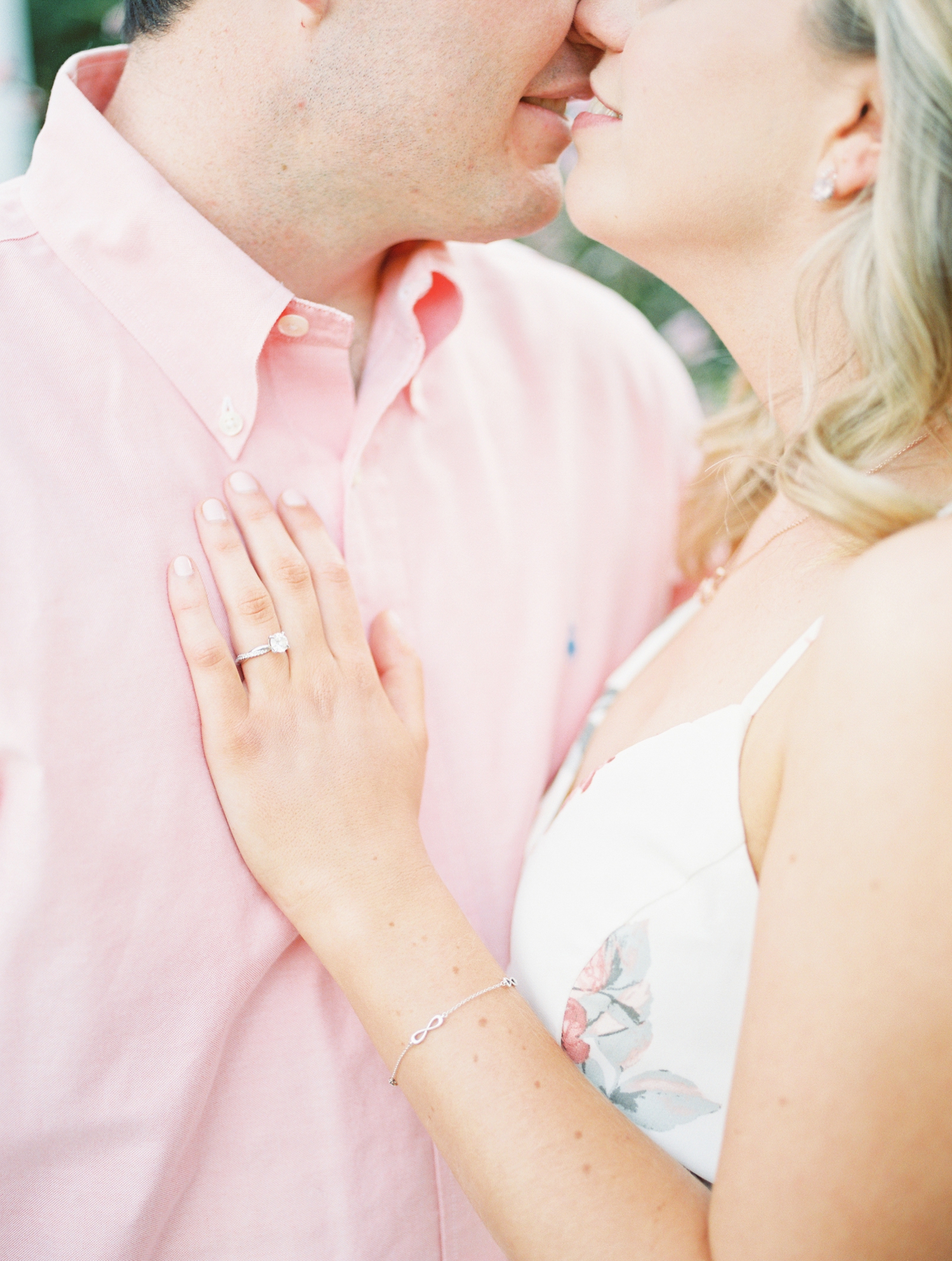 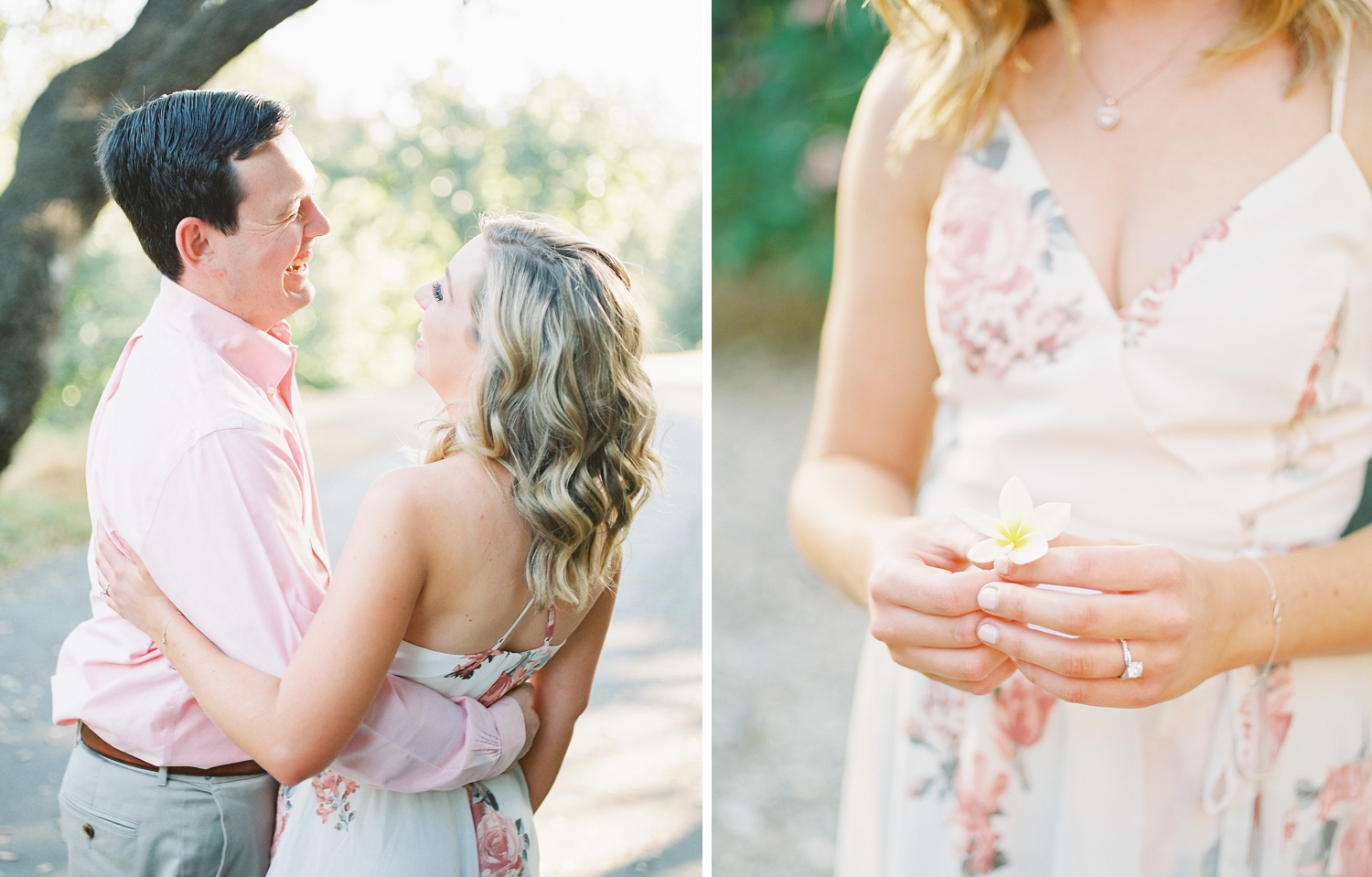 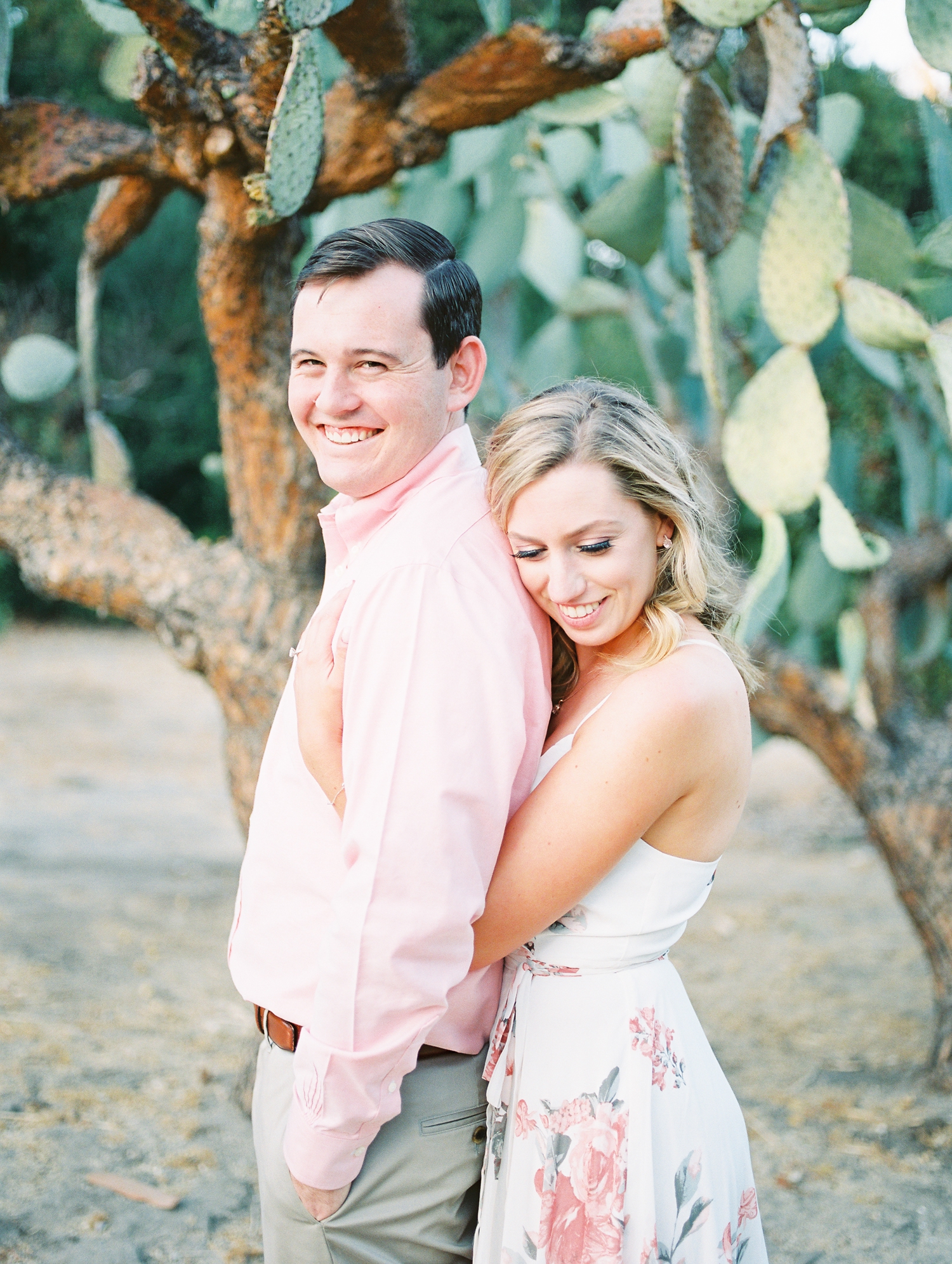 What part of your wedding day was/is most important to you?
I believes that the photos are one of the most important parts of the wedding day, and am so excited to have memories captured by an incredible photographer, Anya Kernes, who took amazing engagement photos for us. I am excited that we will get to take photos at Loyola Marymount and on the beach with Cole. I loves that Anya is able to get Cole to not loathe photos and capture genuine smiles between the couple.

What is the best thing you’ve learned from one another?
We believe we learn balance from one another. Cole is an engineer with a very logical, rational, level head. Cole doesn’t jump into anything without calculating every possible outcome. For example, when we first started dating, Cole researched backpacks for several DAYS before buying one, which I soon would come to understand is how every decision is made with Cole. Myself, on the other hand, am an artist and a therapist with a very emotionally driven mind. Decisions are made quickly on the spot and not thought about much afterwards. Together, the two of us have learned to work together to balance each other out – Cole reminds me of outcomes to her decisions before letting her pull the trigger. I reminds Cole that not everything needs months of research and sometimes good things can be found easily. We make a great team that truly balances from the total opposite sides of the spectrum. 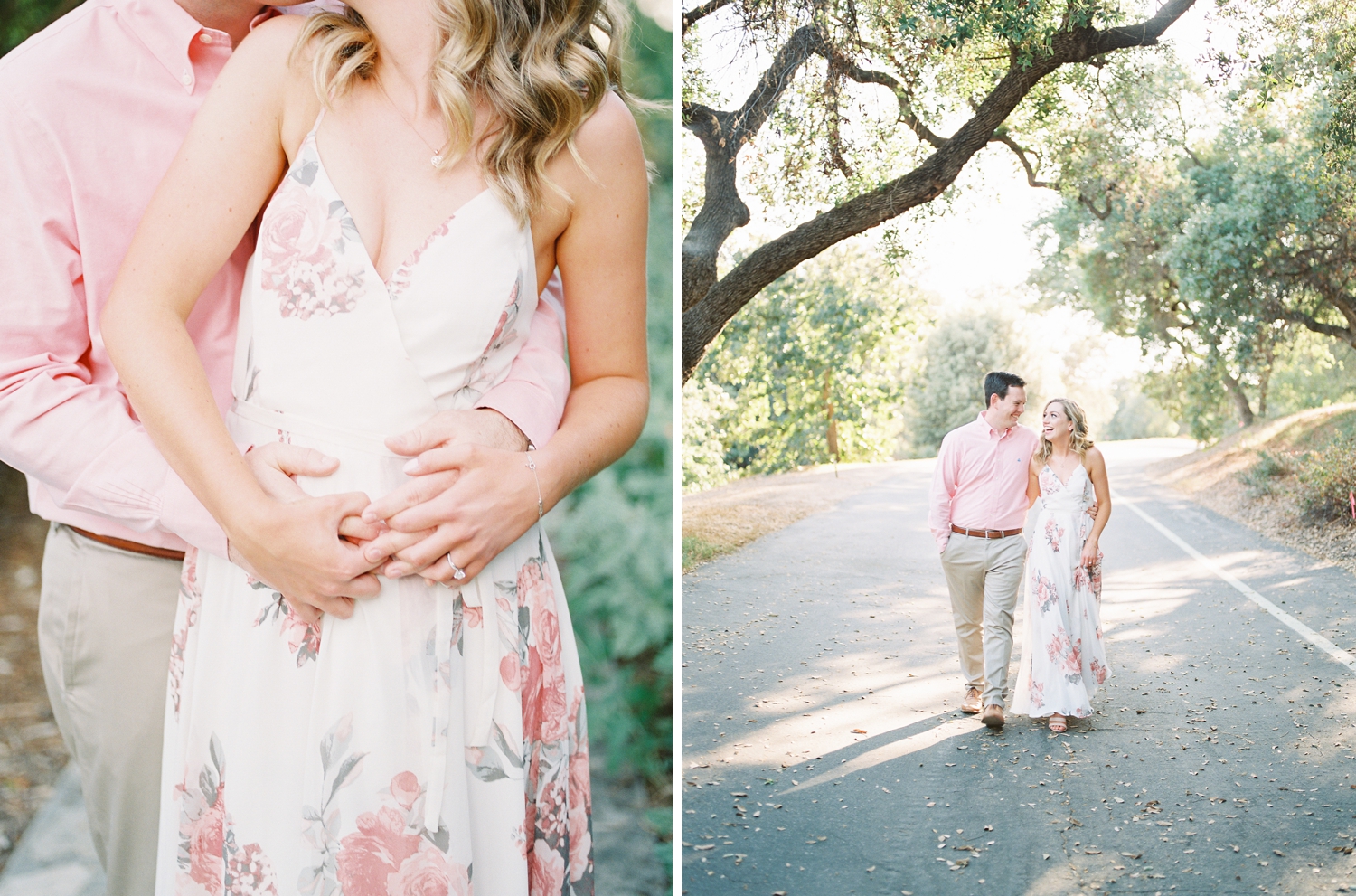 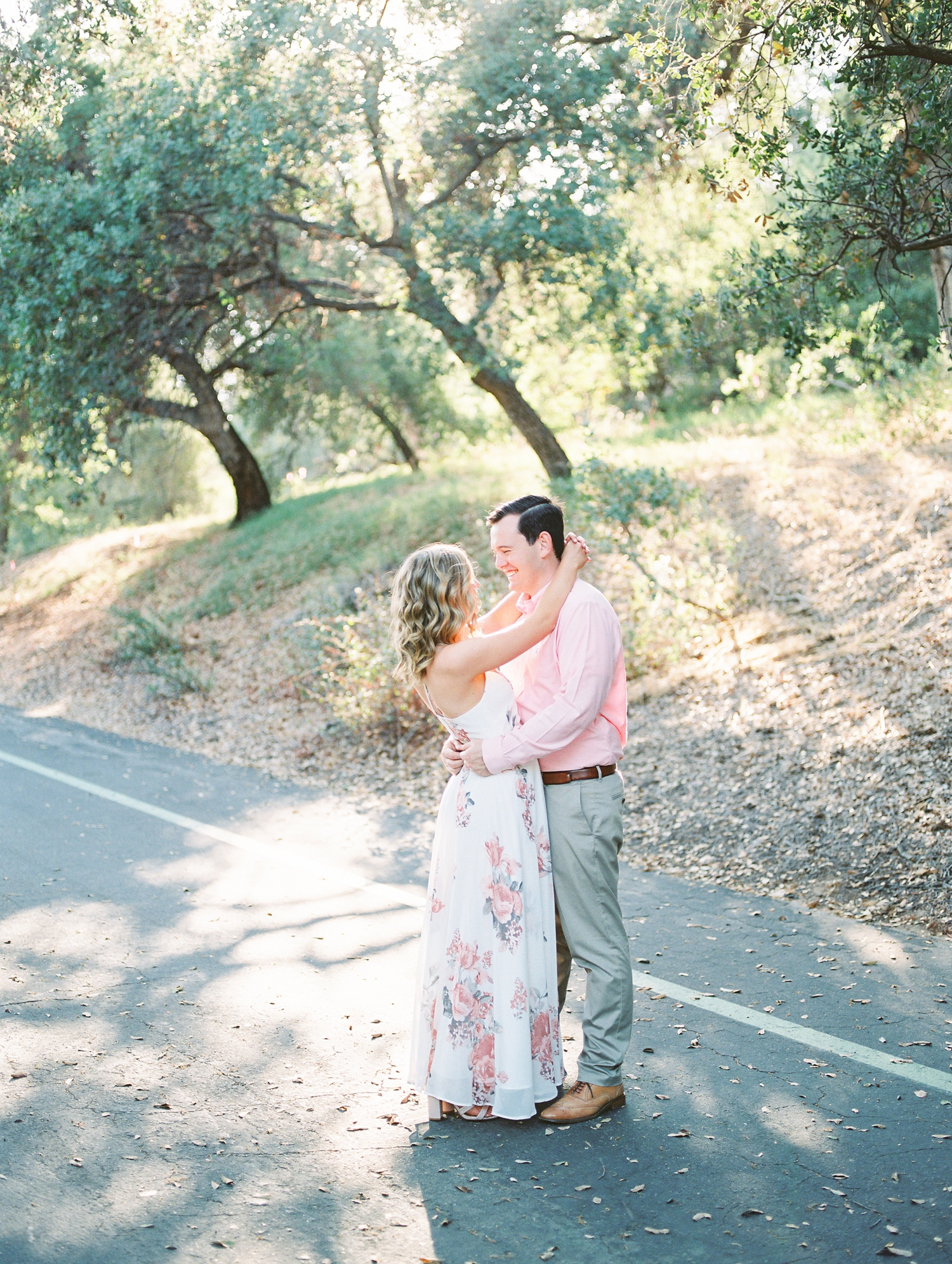 What is your favorite thing about each other?
Cole’s favorite thing about me is that I tells him when he is wrong and remind him about how other people live and think differently than him. Cole loves to “debate,” so he is happy to find a girl who isn’t scared to dispute the things he says. My favorite thing about Cole is his unwavering support. Although Cole doesn’t always understand what I have going on, he is always the first to lend a supportive hand and try his best to figure life out with me.

What was your favorite part about planning your wedding?
Our favorite part of planning our wedding is seeing everything we’ve ever dreamed of for our wedding come to fruition. Cole’s wedding vision has been simple to achieve – open bar and steak dinner. My vision has been much more complex, as I started planning my wedding as a little girl and the problem has only been exacerbated by perfect Pinterest weddings. I love to make sure the day is flawless down to each detail and am having so much fun looking through every vendor until the perfect one is found. 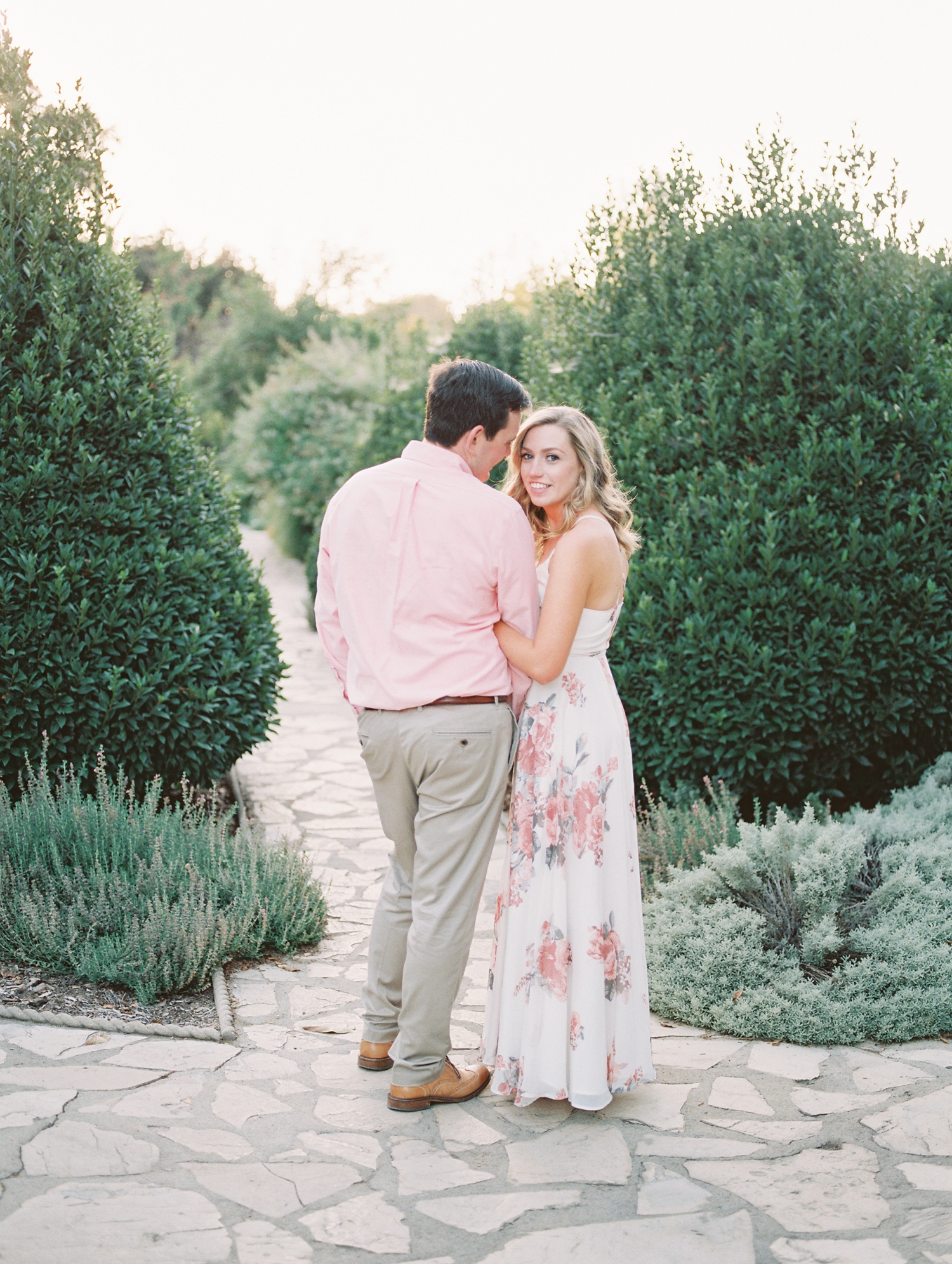 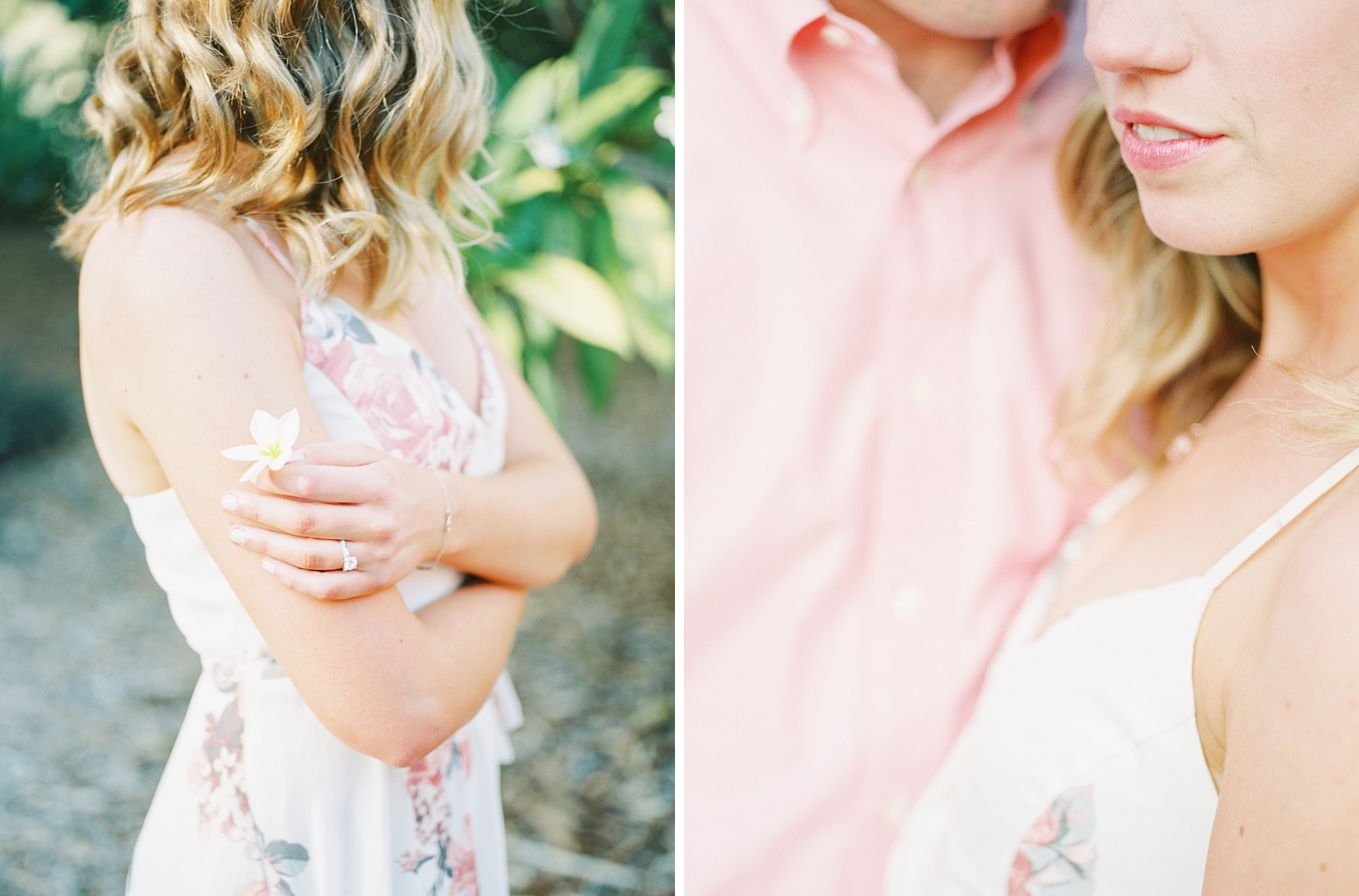 If you had one piece of advice for other couples, what would it be?
Cole’s grandparents once told us, “the best advice for every couple is – if you’re going to fight, do it naked and holding hands.”

What is the most honest thing you can say about love?
The love quote that has best defined our relationship has been by Dwight from the Office when he told Angela “I just wanna be friends. Plus a little extra. Also, I love you.” 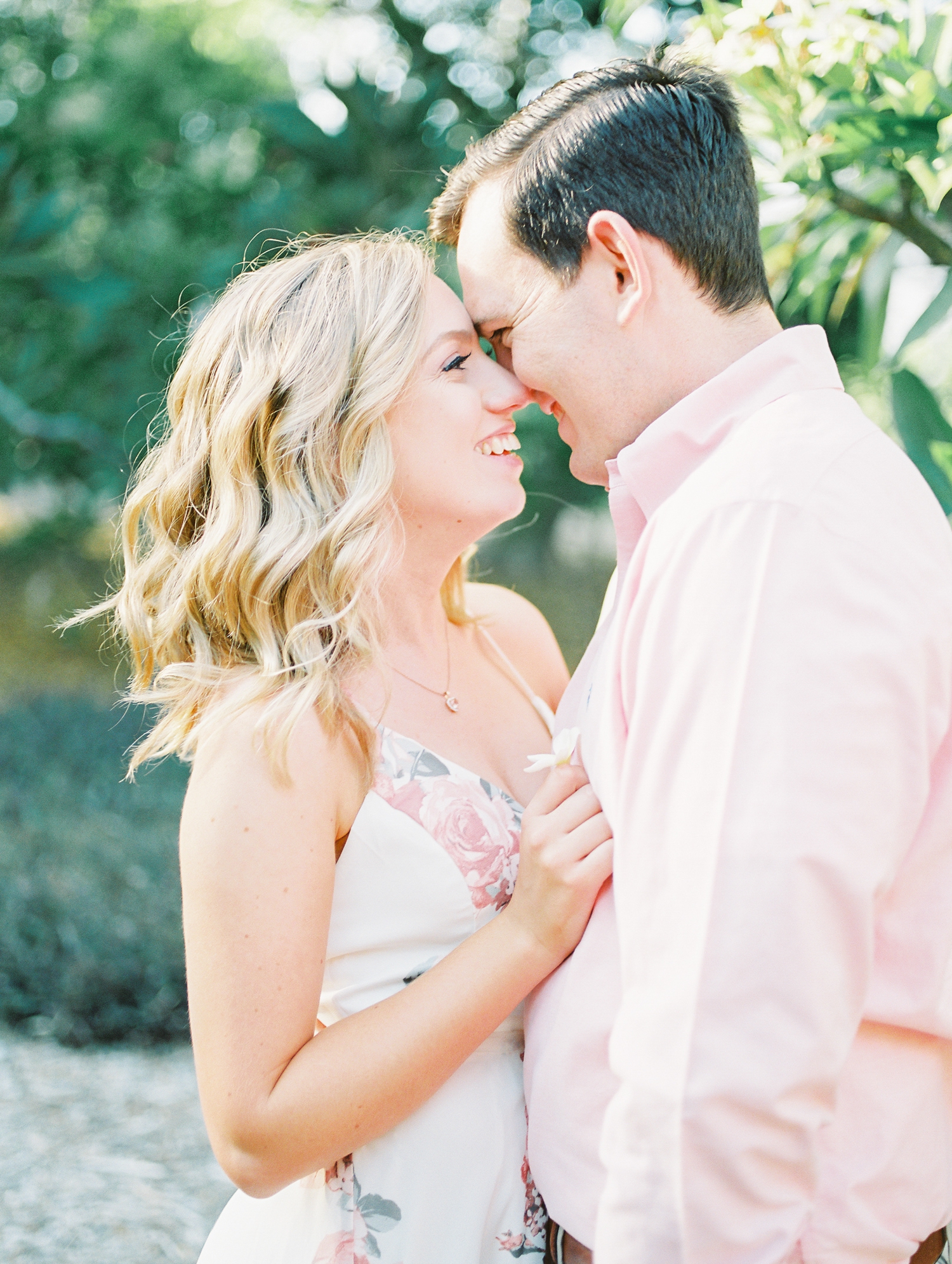 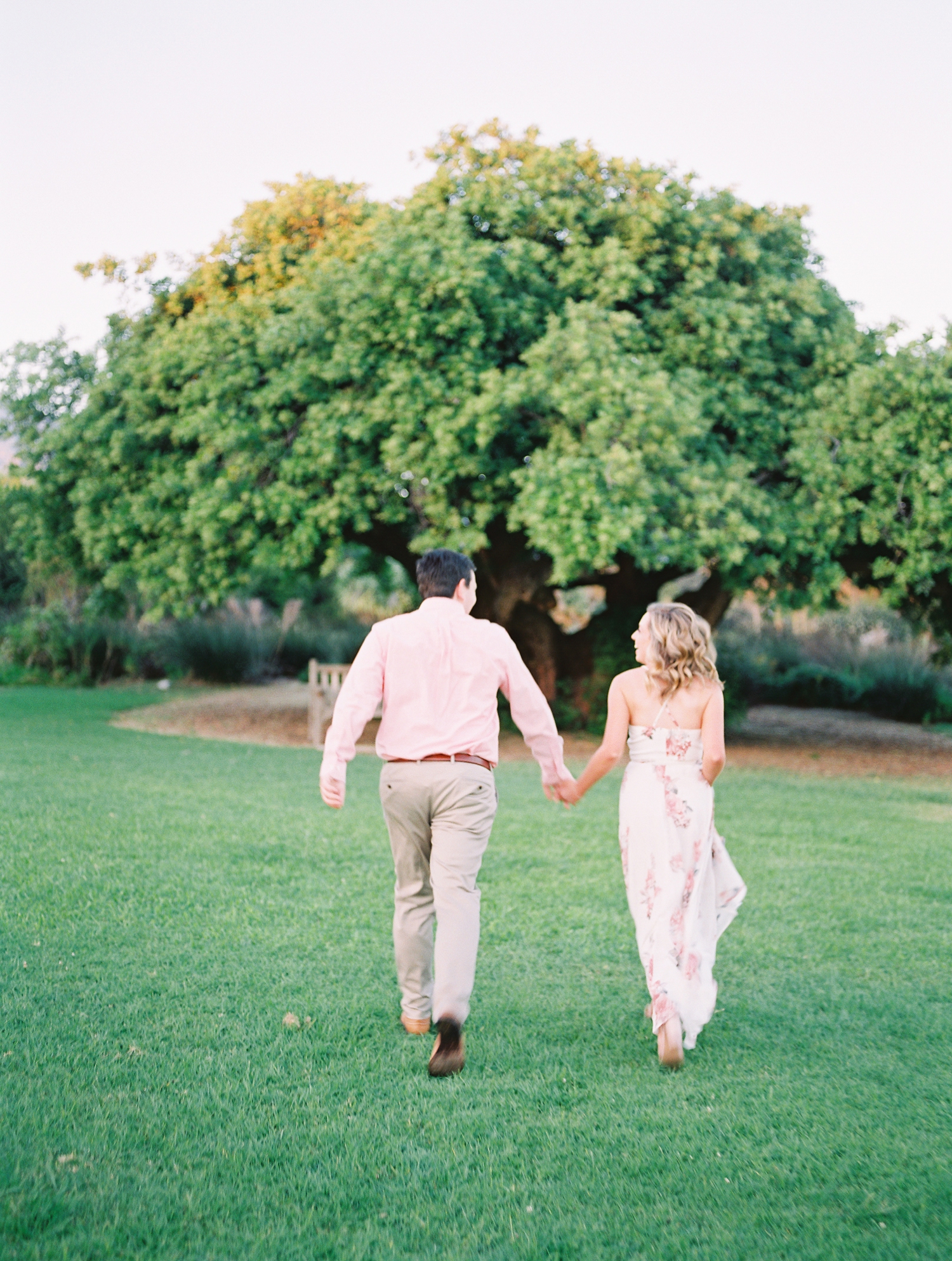