A beautiful intimate lakeside vow renewal for Clarissa and Charles at Deer Creek Reservoir Beach. A summer storm threatened to close in on them but they weren’t going to let the weather get in the way of these sweet moments shared together. Such beautiful inspiration in the images and words shared below by the couple! 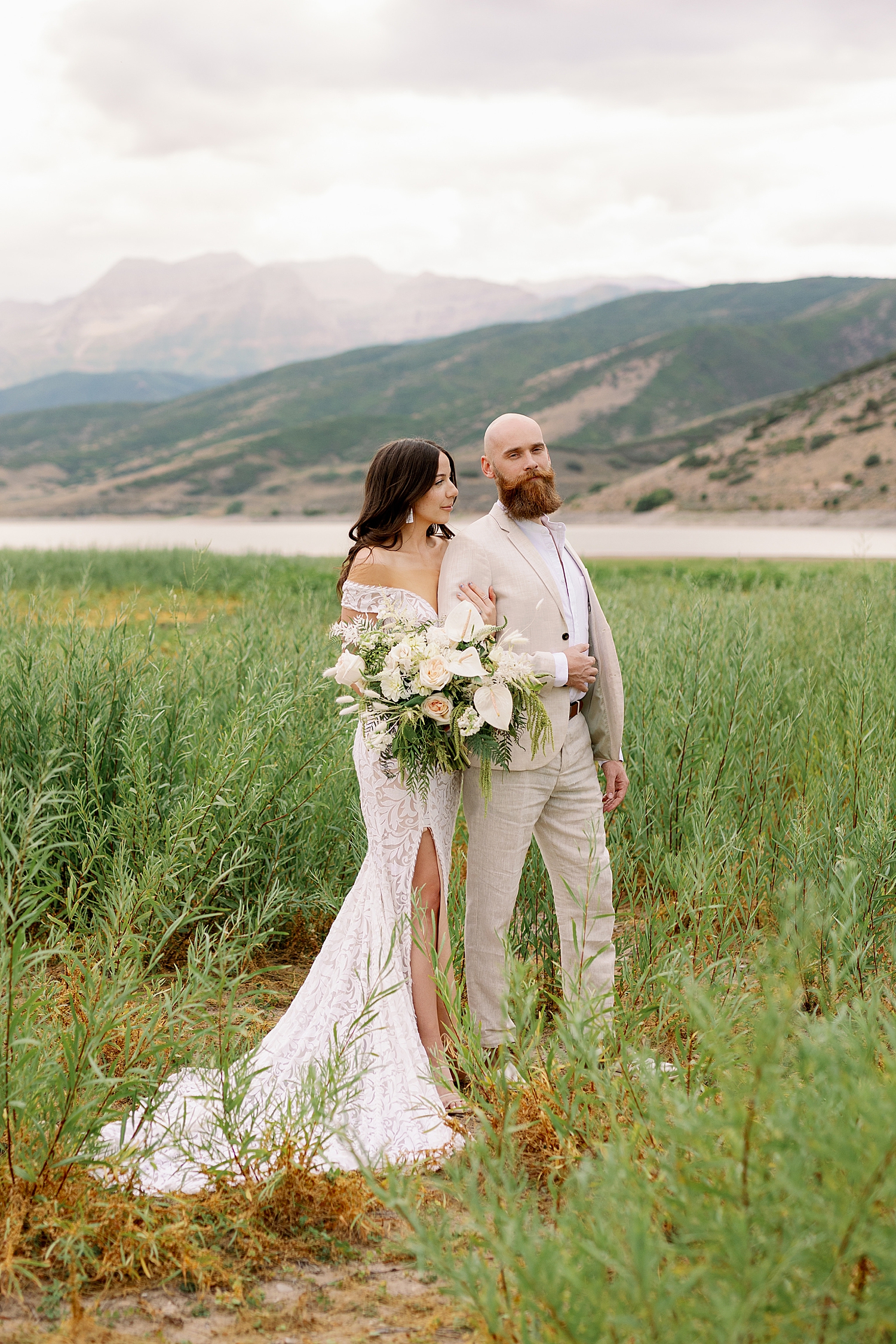 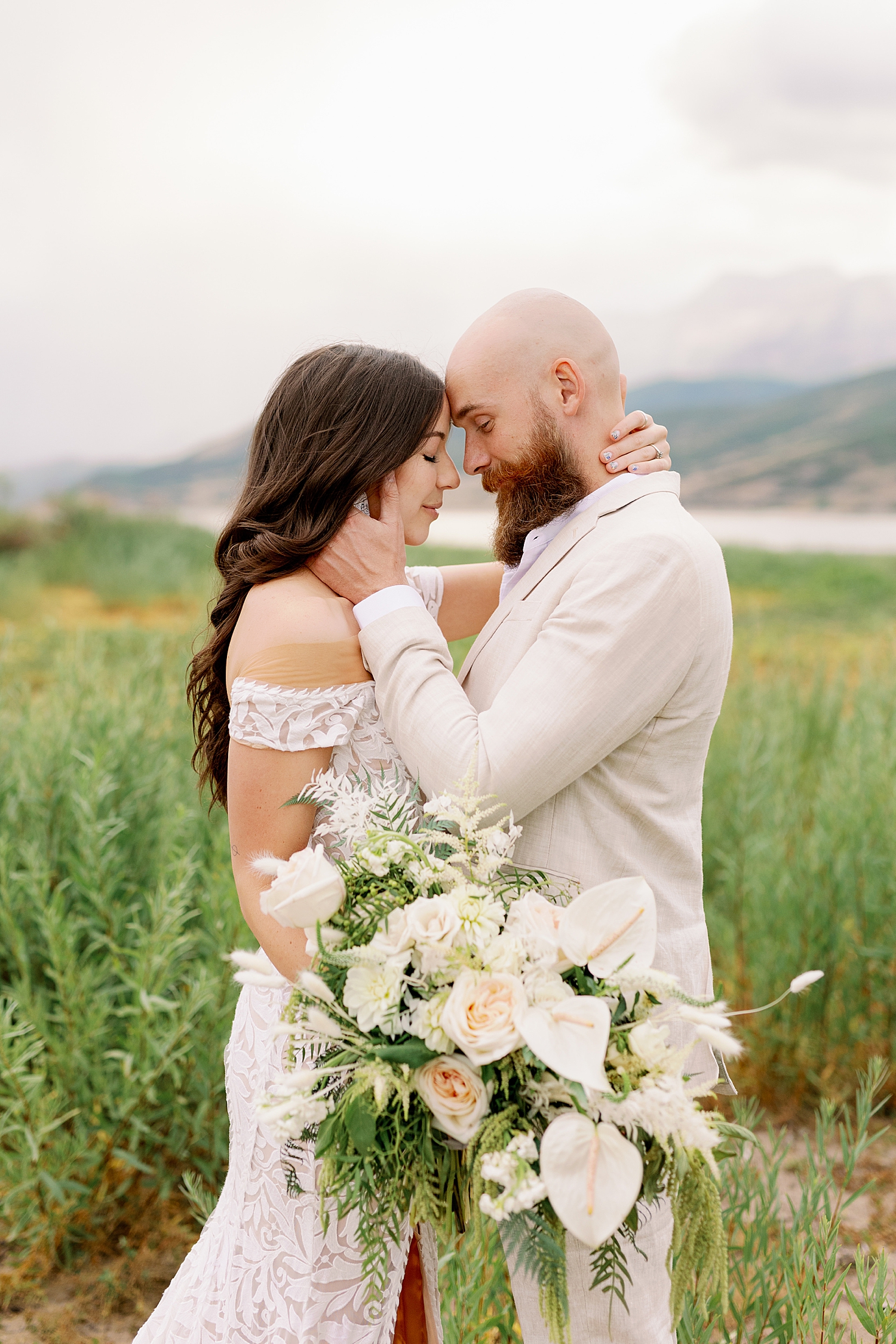 An Intimate Lakeside Vow Renewal in the Calm Before a Storm. Clarissa and Charles had a stunning vow renewal for their 6th wedding anniversary to once again vow to choose and love each other again and again. Having been chased out of the first location due to rainstorms and mudslides, we drove an hour south to beat the storm and renew their vows on this quite lakefront beach.

At first I could see the worry about the storm in their faces, but as we started taking photos and they looked into each other’s eyes, that moment together was all that mattered. With mountains surrounding us on all sides, we were protected from the winds as the storm clouds rolled closer, creating a safe haven that seemed like it was created just for the two of them.

Their love showed through in every passing glance, gentle touch, and playful giggles. Charles and Clarissa shared some insights on their marriage here:
“We’ve evolved together over the years and we’ve both changed a lot. But that process of choosing each other every single day and accepting each other entirely, no matter the highs or lows, has brought us even closer. Our connection grew stronger the more we took time to hold each other, listen to each other, and be vulnerable together.

Going into everything together as equal partners makes a huge difference. Our Egalitarian relationship, or the belief that we deserve equal rights and opportunities, built a strong bond of trust and interdependence. We talk through the hard problems and we celebrate the achievements together because we are both invested. Being united in all we do is something we care a lot about and make a priority in our marriage.”

Clarissa and Charles are the most incredible people I have ever met. The way they support each other and chase their dreams together as a team is truly a sight to behold. Shortly after they finished their vows, the rain started falling softly as we headed back to our cars. It had truly been a magical moment. -Amanda Shupe Photography 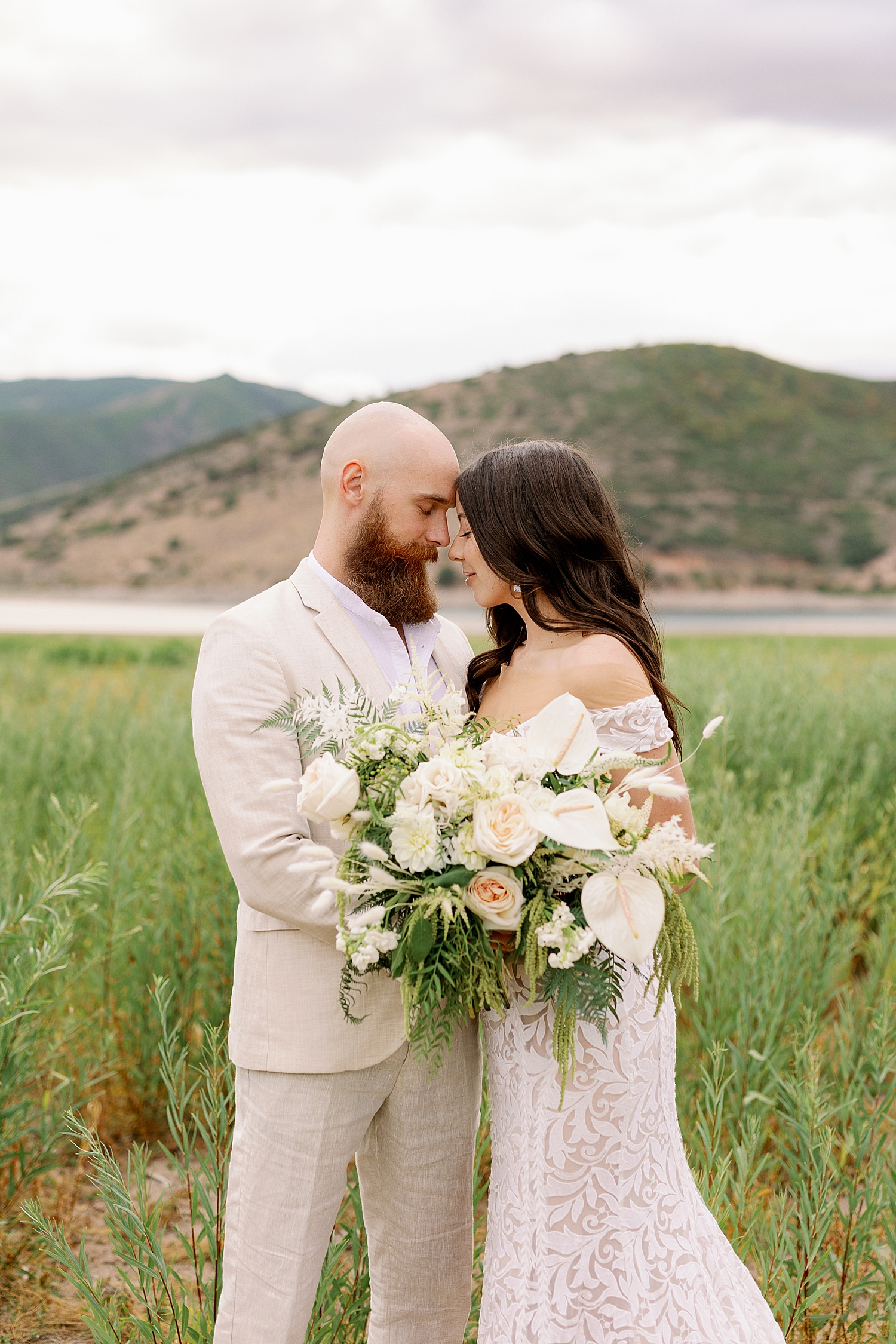 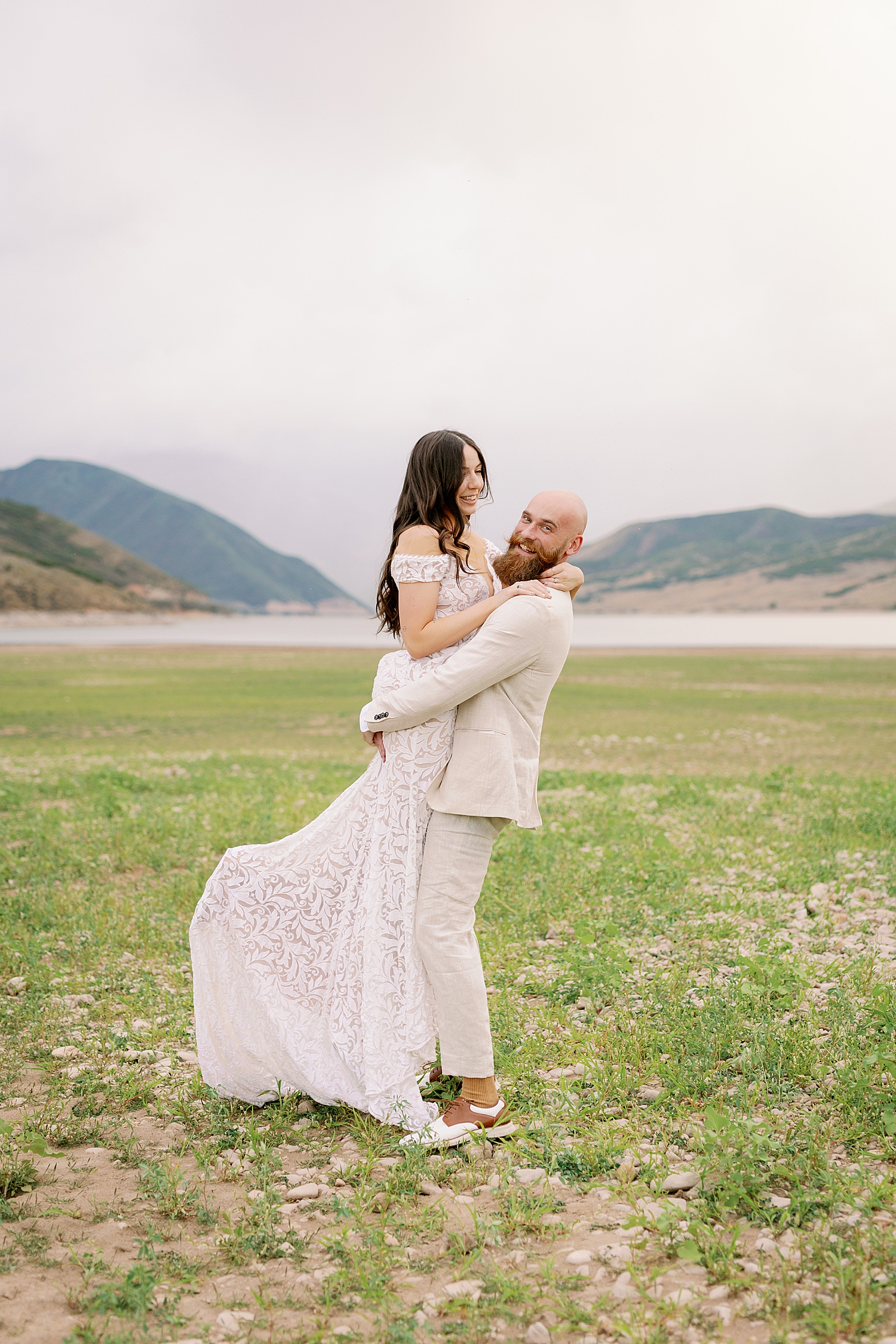 How did you two meet? What were your first impressions of one another? We met at a wedding of a mutual friend. We actually have a photo the wedding photographer took of us while we were meeting and getting to know each other. Clarissa’s first impression of Charles was that he felt familiar. Like someone you have always known and that he was extremely charismatic and attractive. Charles recalls wondering if Clarissa was dating the guy she met up with at the wedding. He also describes thinking she carried herself with grace and elegance. 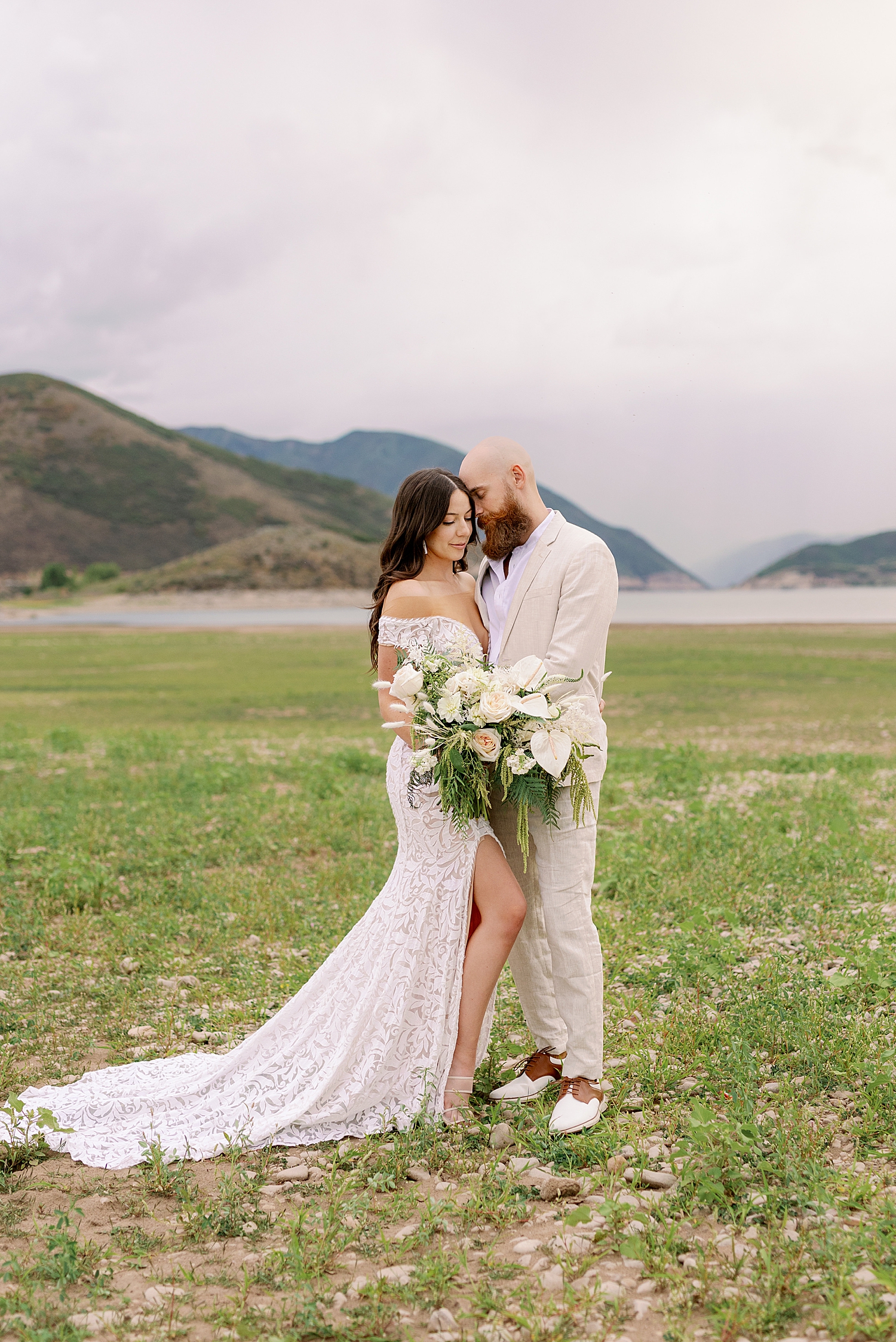 Tell us a funny story relating to your relationship! We didn’t start dating till a year and a half after we met, but we would flirt endlessly. Before we were aware that one liked the other, Clarissa wrote a thank you card to give to Charles for his kindness at an event we had attended. She extended the card to him and said, “I don’t want you to think that I like you, but here’s this.” Which she meant to say, “I’m not giving you this card because I like you, but also wanted to thank you for the other day.” Charles walked away absolutely convinced that she didn’t like him, which they later laughed about once getting together. 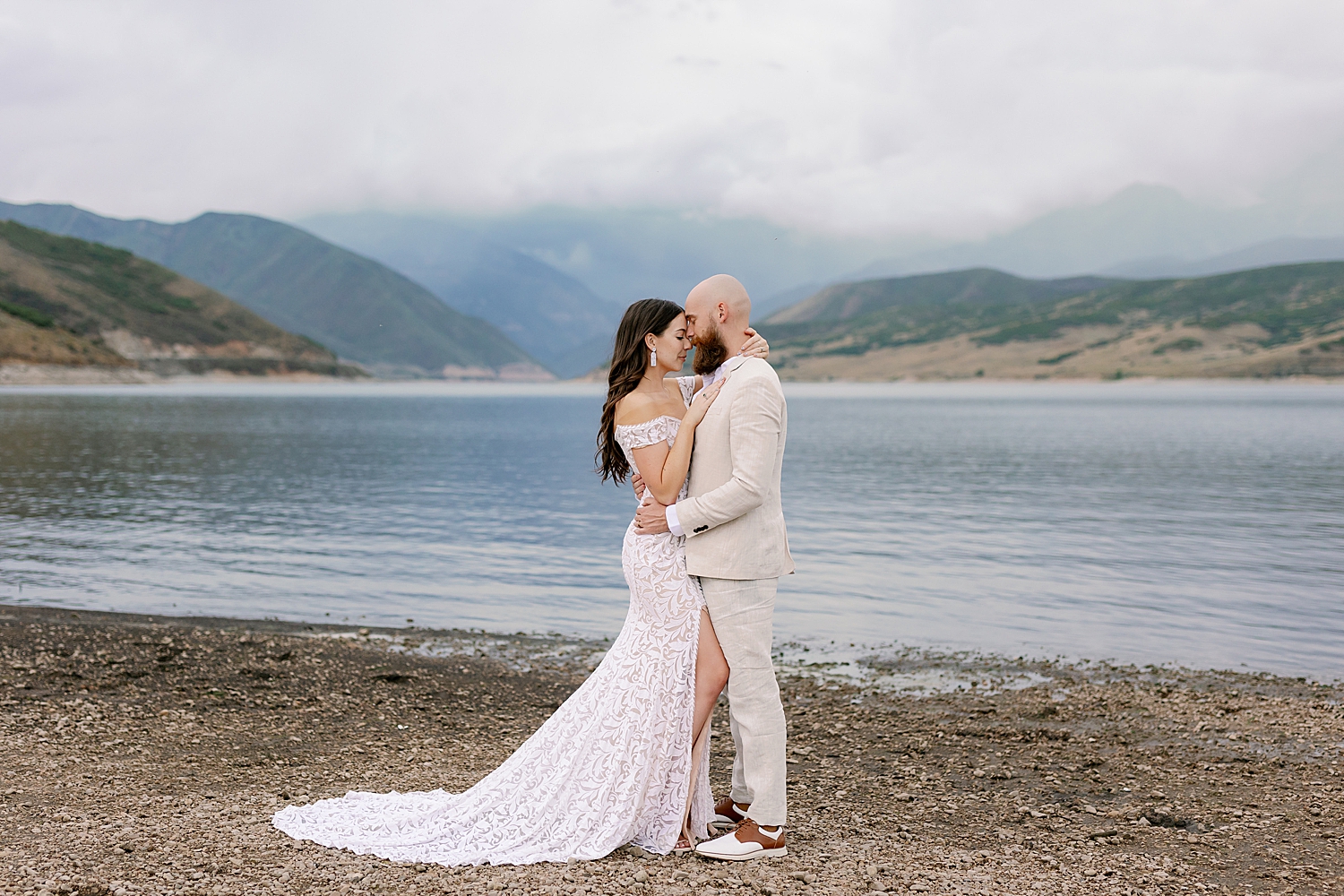 Describe a hurdle you had to overcome in your relationship or during your wedding planning. A lot of our wedding felt like it was for others and not for us. Clarissa got married at such a young age (barely 20) that she didn’t know how to properly set boundaries or stand up for herself. For years after the wedding we would get in arguments about Clarissa needing validation for what happened. It took time for Charles to learn that empathy and validation doesn’t mean you have to agree, but that you connect to something within you that relates to the emotion of your partner. 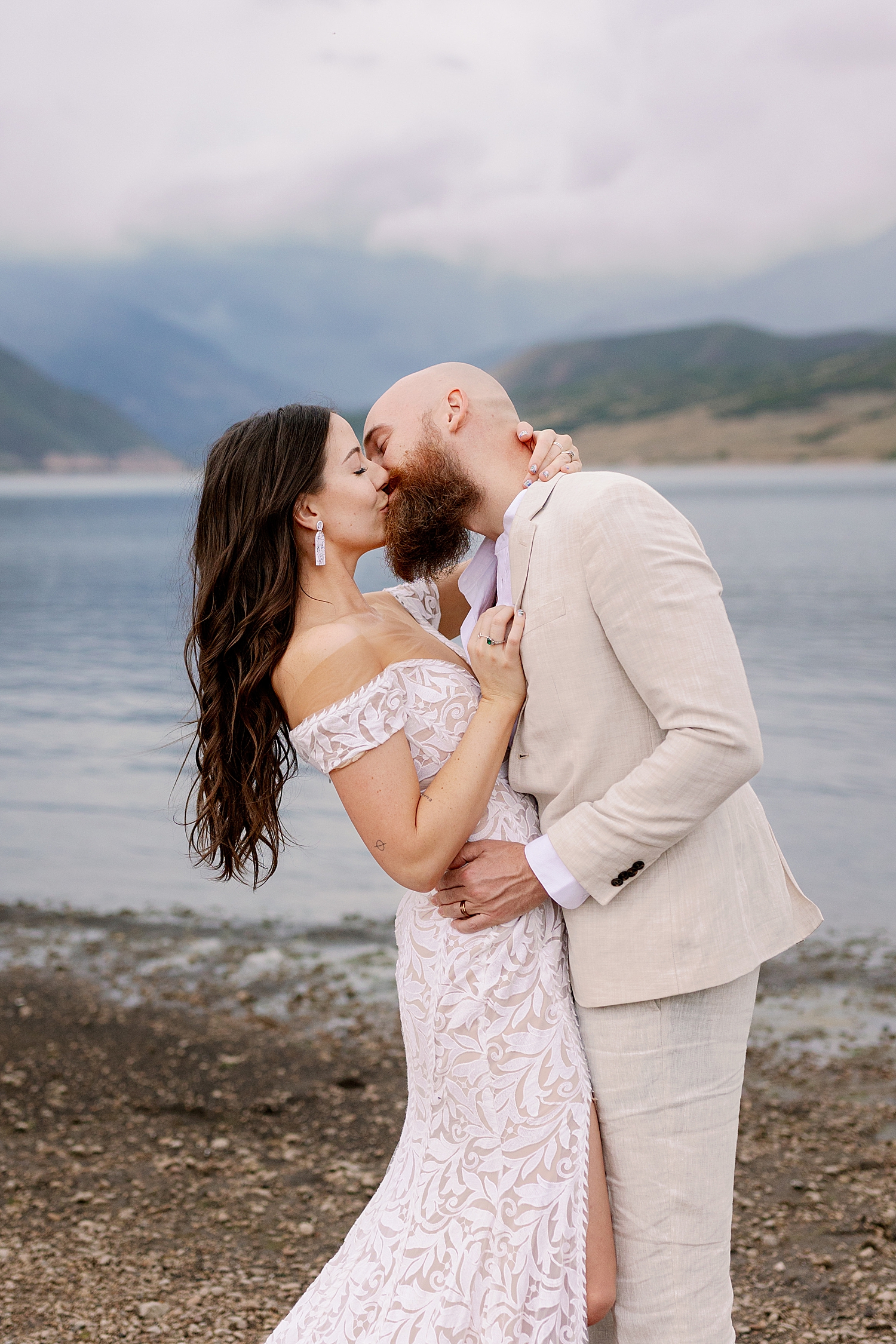 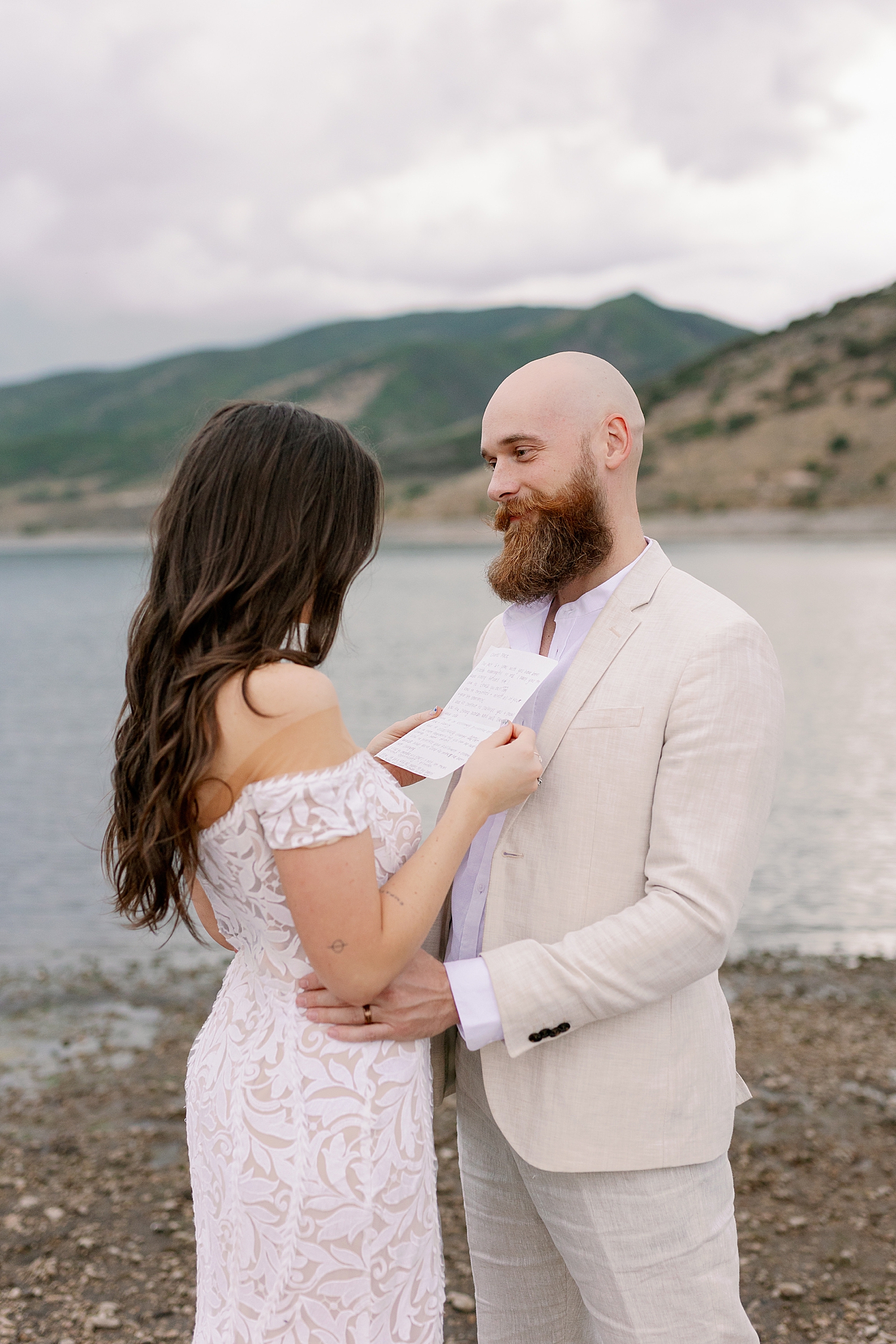 What is your favorite thing about each other? Clarissa’s favorite thing about Charles is that he has an amazing balance of masculine and feminine energies. He is extremely manly and in touch with his emotions. He’s compassionate, caring, and loyal. Charles’ loves Clarissa’s bold and authentic nature, speaking her mind and thinking deeply about the world around her. Plus he thinks she’s an absolute snack. 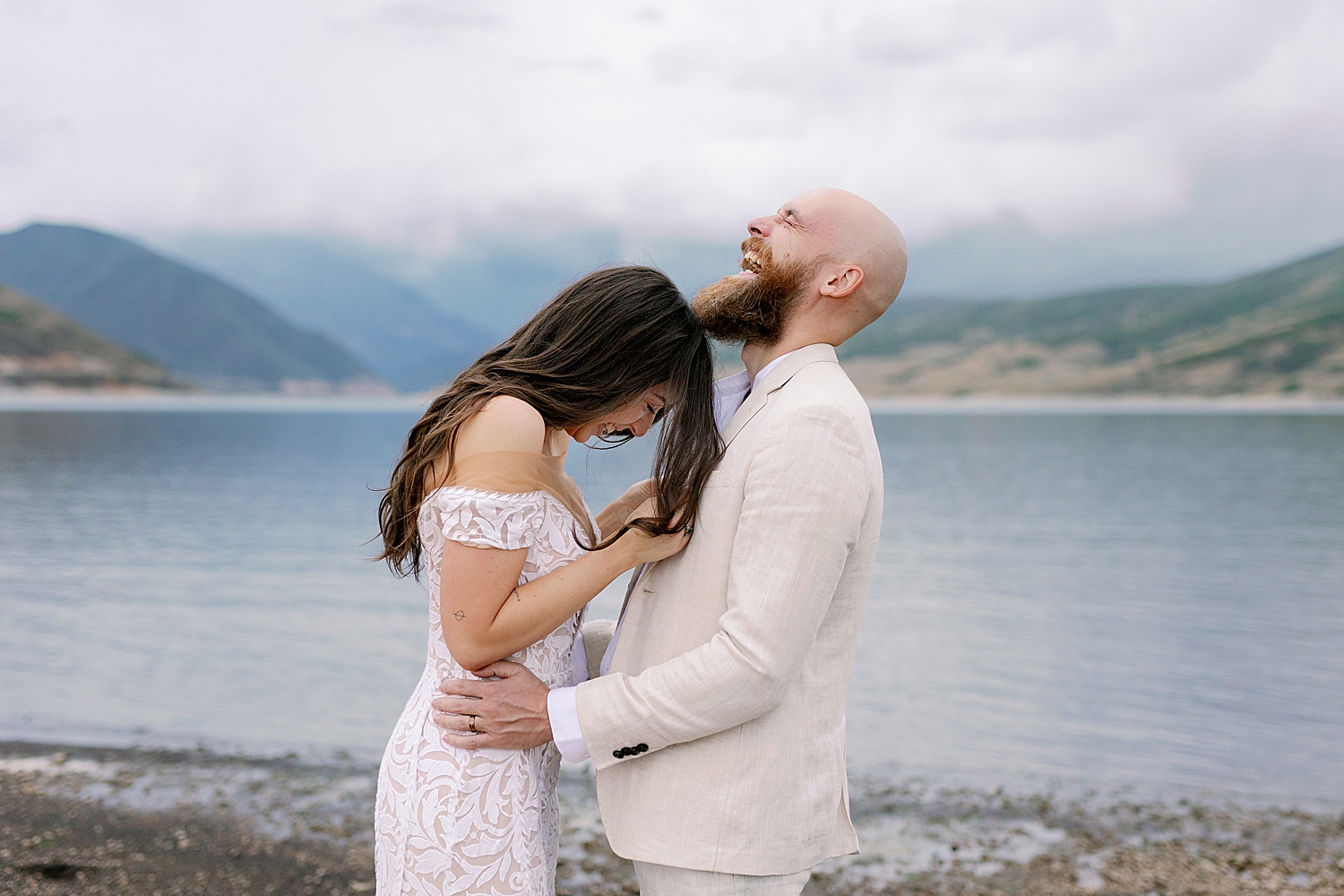 What is the best thing you’ve learned from one another? Charles has learned from Clarissa that the most helpful thing to another human is not to solve their problem, but to help them feel heard and understood. Clarissa has learned that confidence really is attractive. As a female you see a lot of subliminal messages about being insecure and lots of expectations for women don’t help. When you have a partner who encourages you to accept compliments and lights up when you behave confidently it changes your view on insecurities. 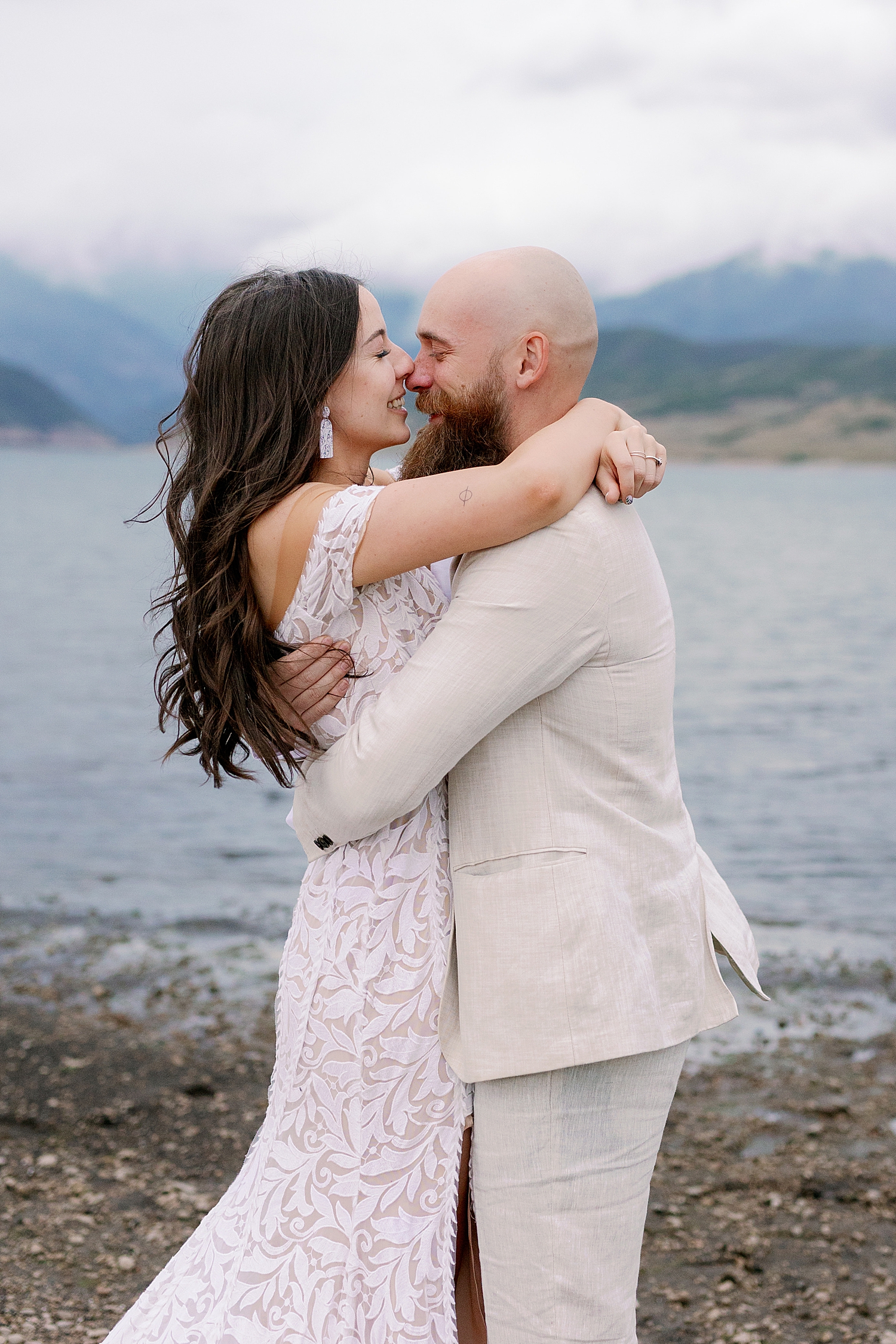 What is the most important thing in your marriage? We debrief and repair every argument. We both come from divorced parents and decided when we were early married that it was important to us to not have any resentments. It’s taken A LOT of working to talk about our emotions, patterns, and cycles. The work has been rewarding as we have remained best friends and growing closer over 7+ years. 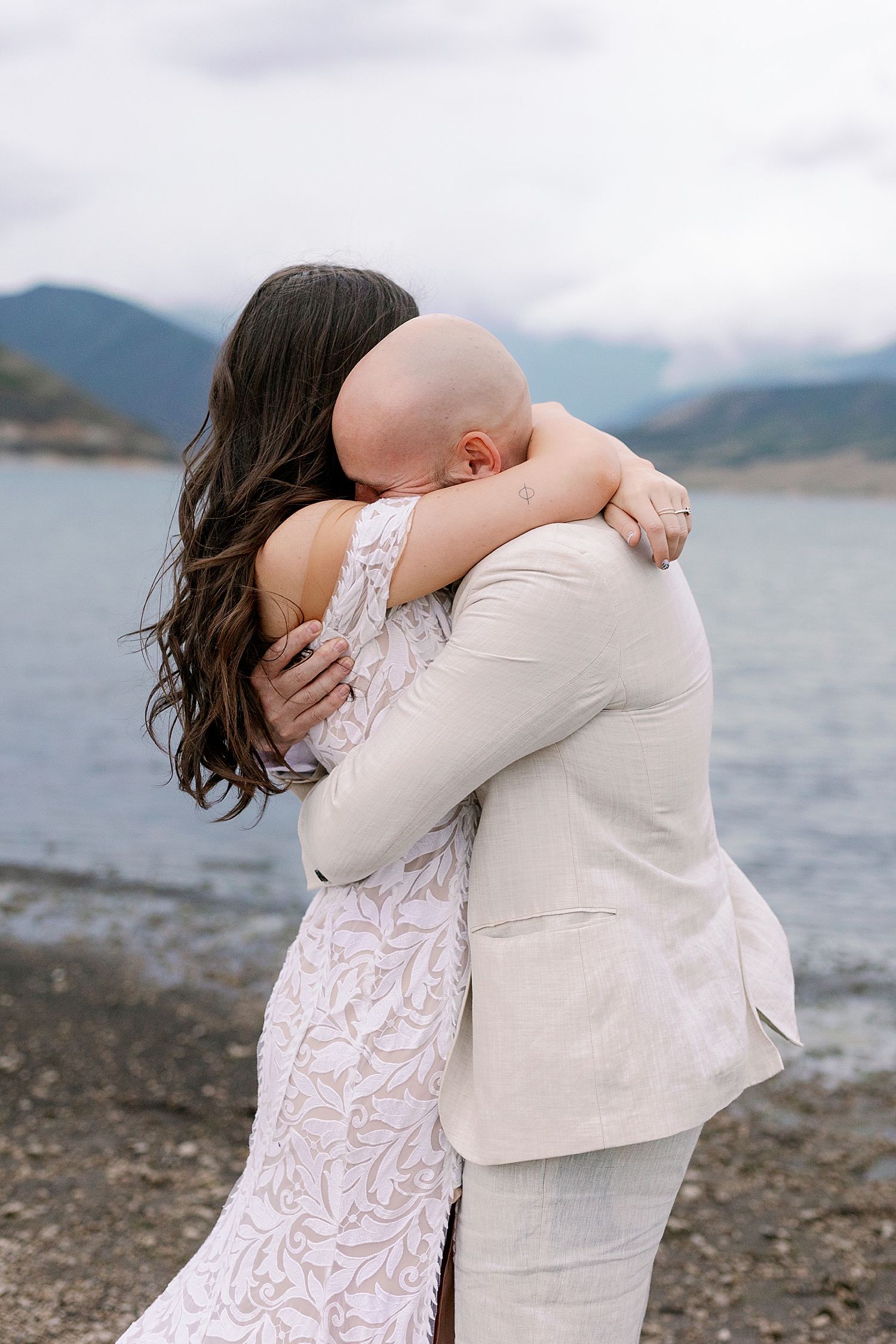 If you had one piece of advice for other couples, what would it be? Empathy. Empathy. Empathy. It is extremely important to be accepting of all aspects of your partner even the ones that are hard to. Learn to validate because it’s the fastest way to healing, repairing, and deepening your bond. 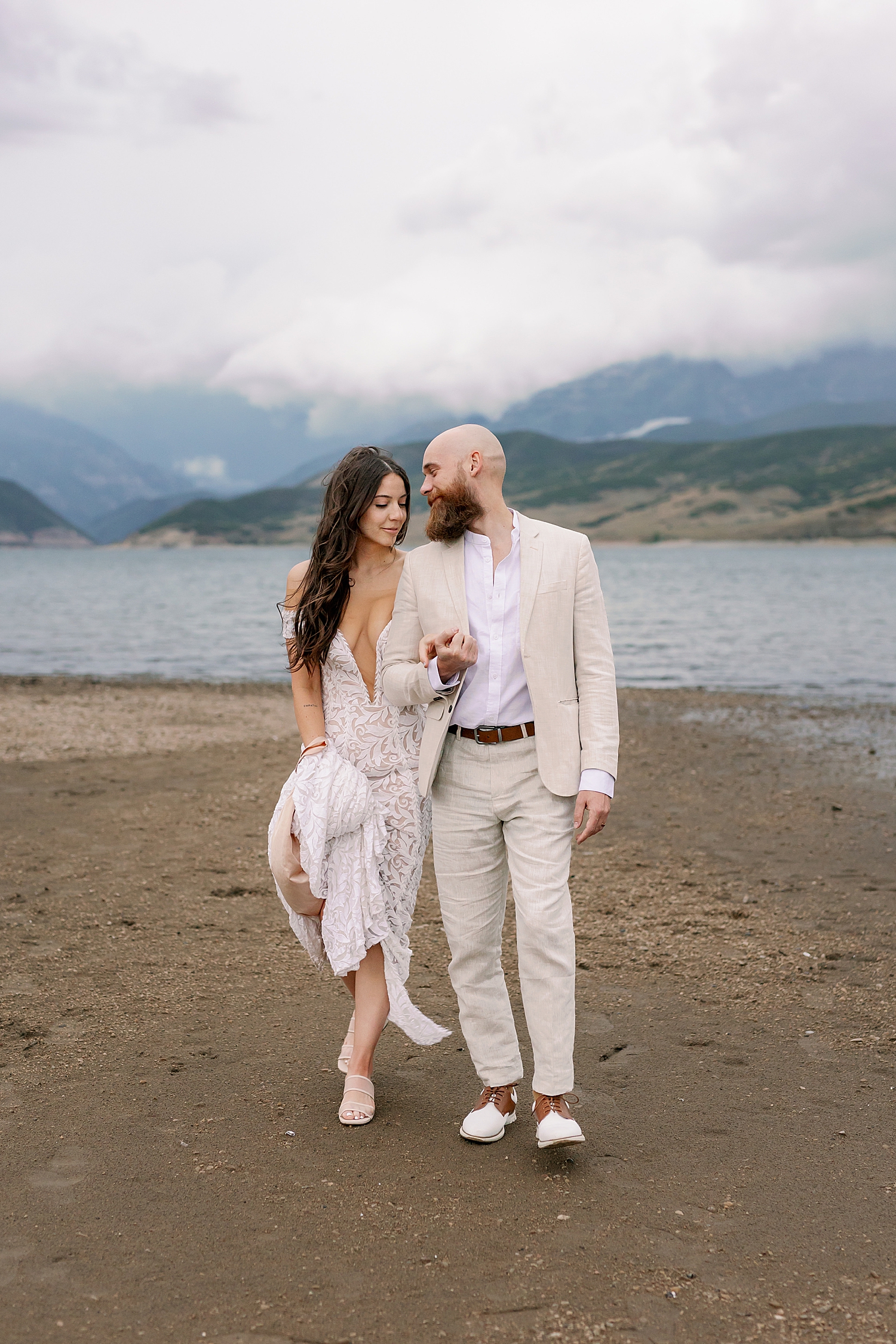 What is the most honest thing you can say about love? Every relationship has problems. You choose what problems you want. You will not find a perfect person or relationship that doesn’t have issues. Love is patient and forgiving. Love is a choice. 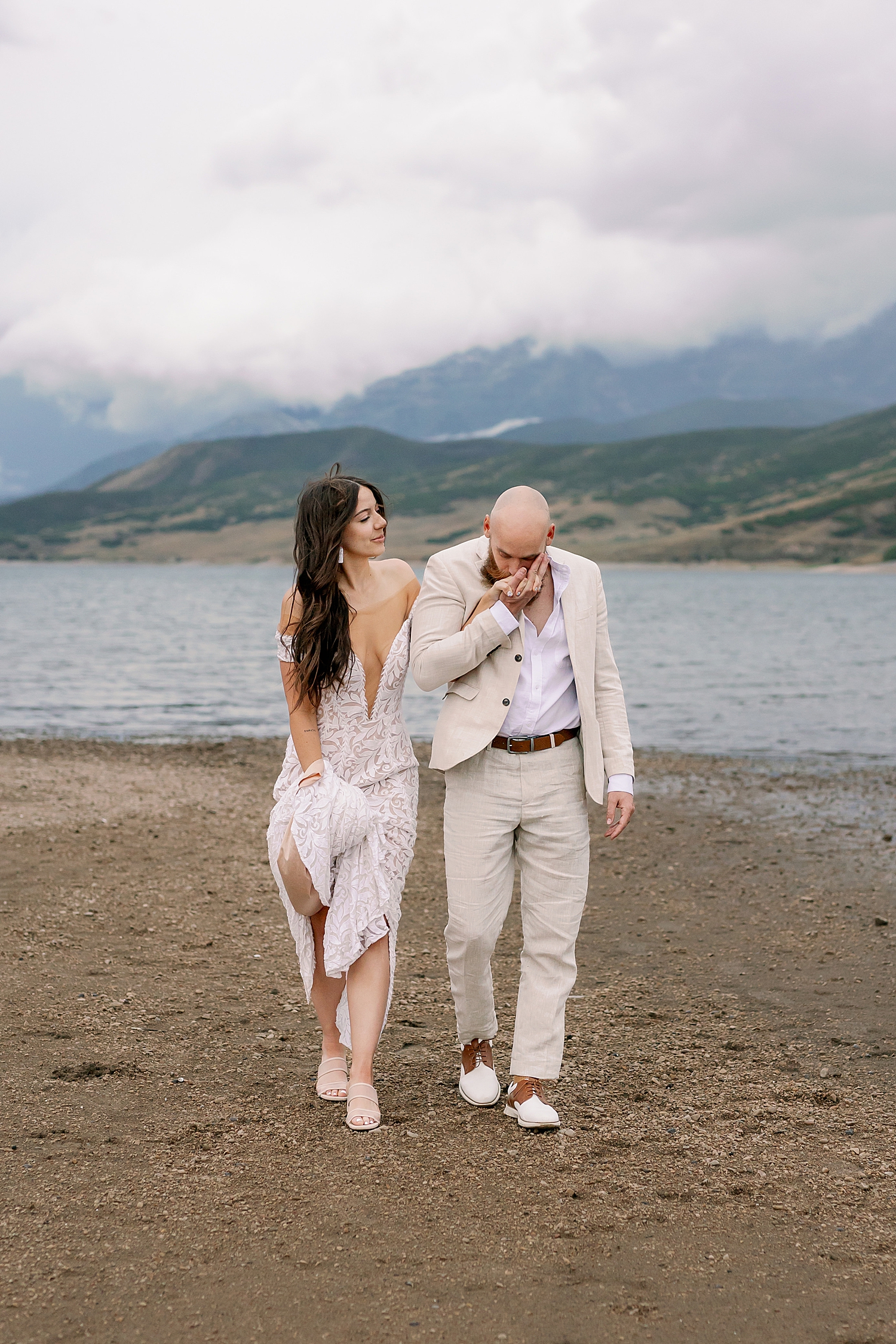 First came love, then came you. 🤍 some maternit

maternity on a flower farm. the epitome of all thi

Beautiful rich contrasts and the best kind of mood