A beautiful lakeside session with Jac & Andrew – showcasing their love and just giving them an opportunity to capture some  beautiful portraits with each other to celebrate their relationship! Here’s what they had to say … 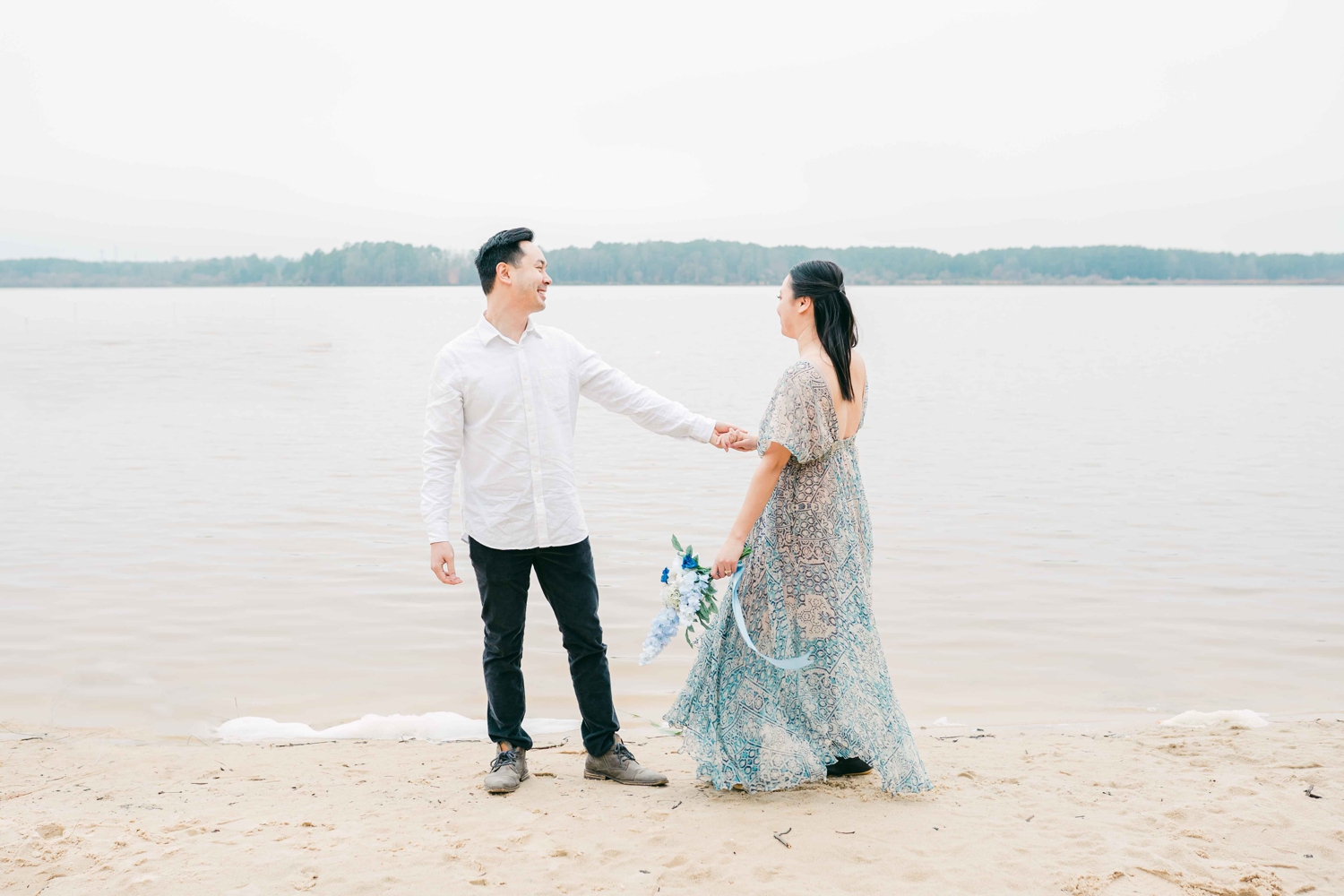 How did you two meet? What were your first impressions of one another?
Jac: I first remember meeting Andrew at a mutual friend’s 4th of July party, but Andrew remembers meeting me at Bojangles’ a year before. I forgot that I met him there, and he always give me a hard time about it. What I do remember is being self-conscious at the party because our friends really wanted to set us up, and he seemed so confident in who he was. I really didn’t want to like you.
Andrew: I was drawn to the way Jac served God and cared for those around her. For that reason, I wanted to get to know her better. As we started to spend more time with each other, it just felt natural, like we’d known each other for a long time.
Tell us a funny story relating to your wedding day or relationship! 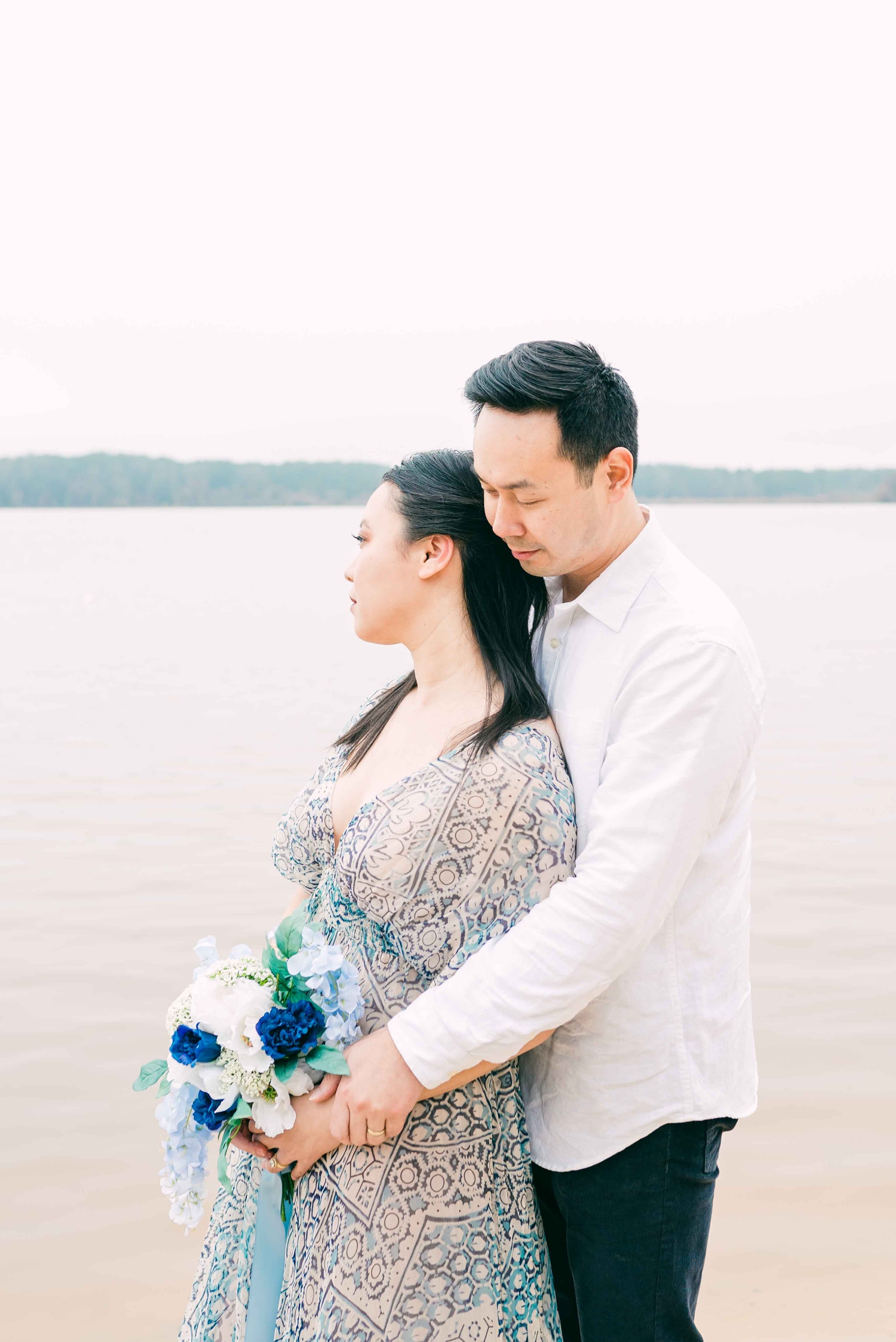 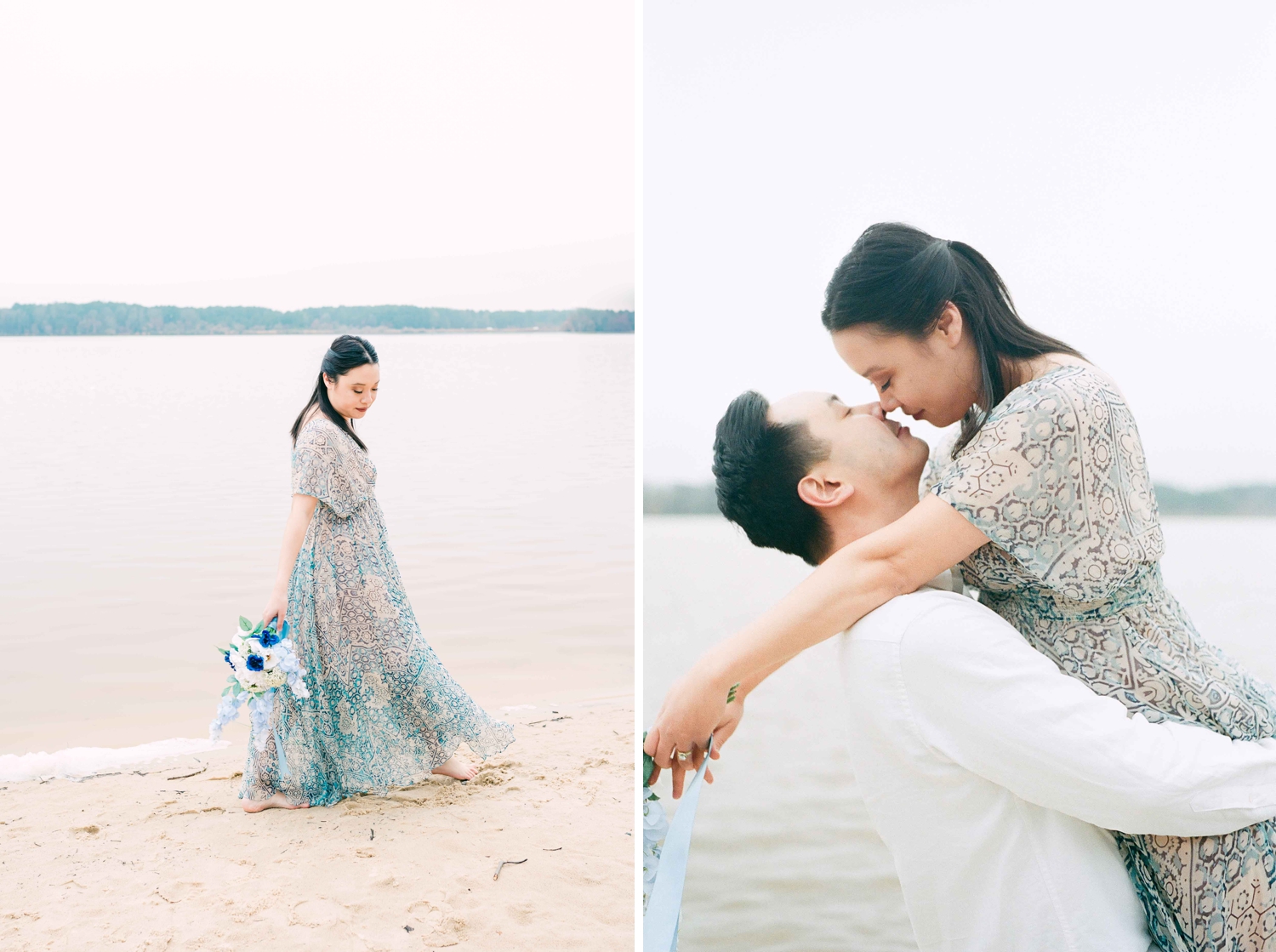 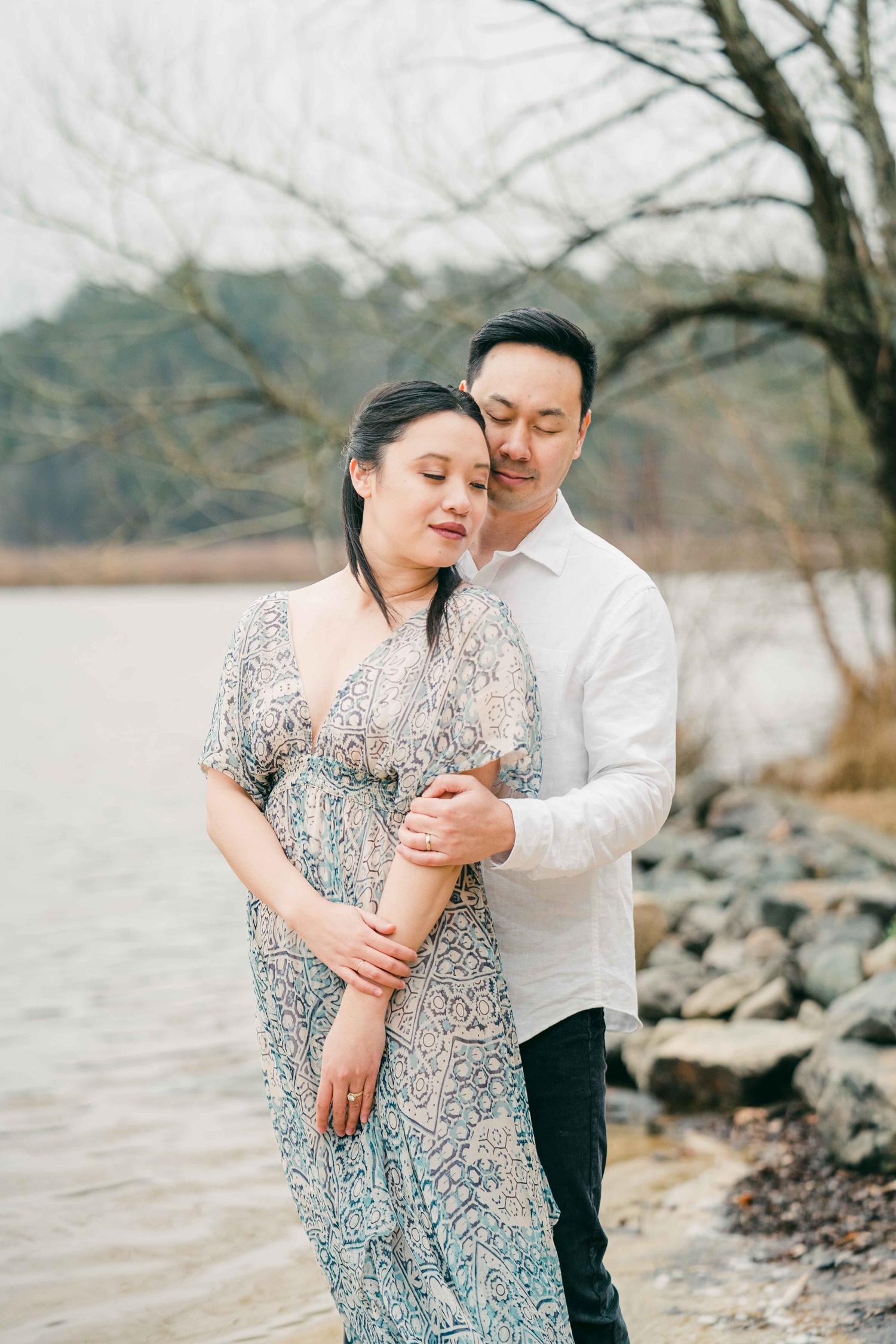 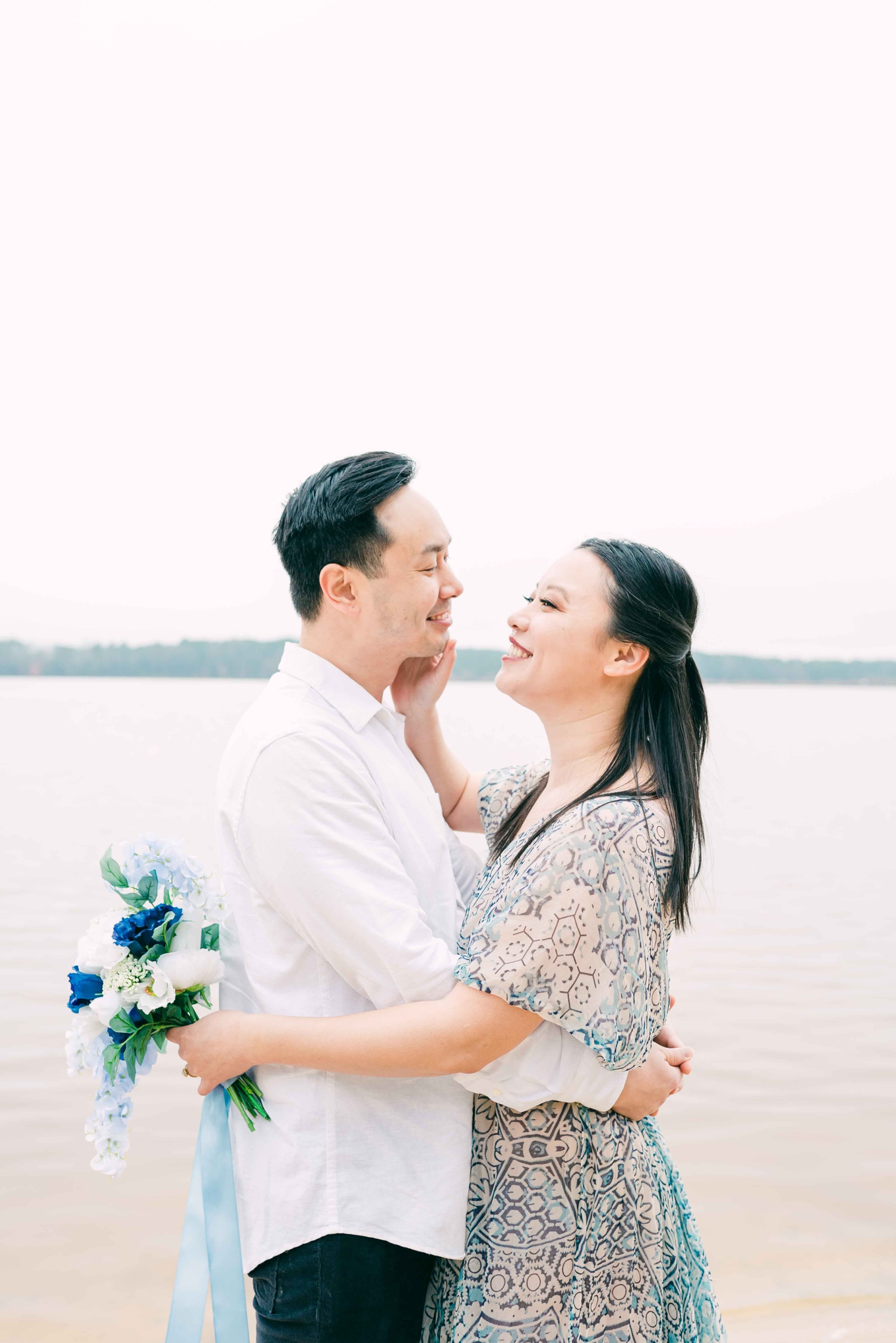 Any special ways you incorporated your family or family history into your wedding day?
Jac: Andrew has a lot of friends from traveling and living globally, and I have a big, close family. So when we finalized the guest list, I became overwhelmed with the cost and planning of the wedding. After some thought and lots of convincing, we invited only family and moved our wedding ceremony from North Carolina to my hometown in Missouri so my grandparents could attend. To compromise, we planned a large reception party later in North Carolina for all family and friends. We both agreed that family was the most important people to witness the beginning of our new family. During the ceremony, we personally thanked our parents and grandparents for their sacrifices in raising us in America, and used the money we saved to purchase a memorial plaque in the garden we were married to honor my passed grandparents and their life in America. 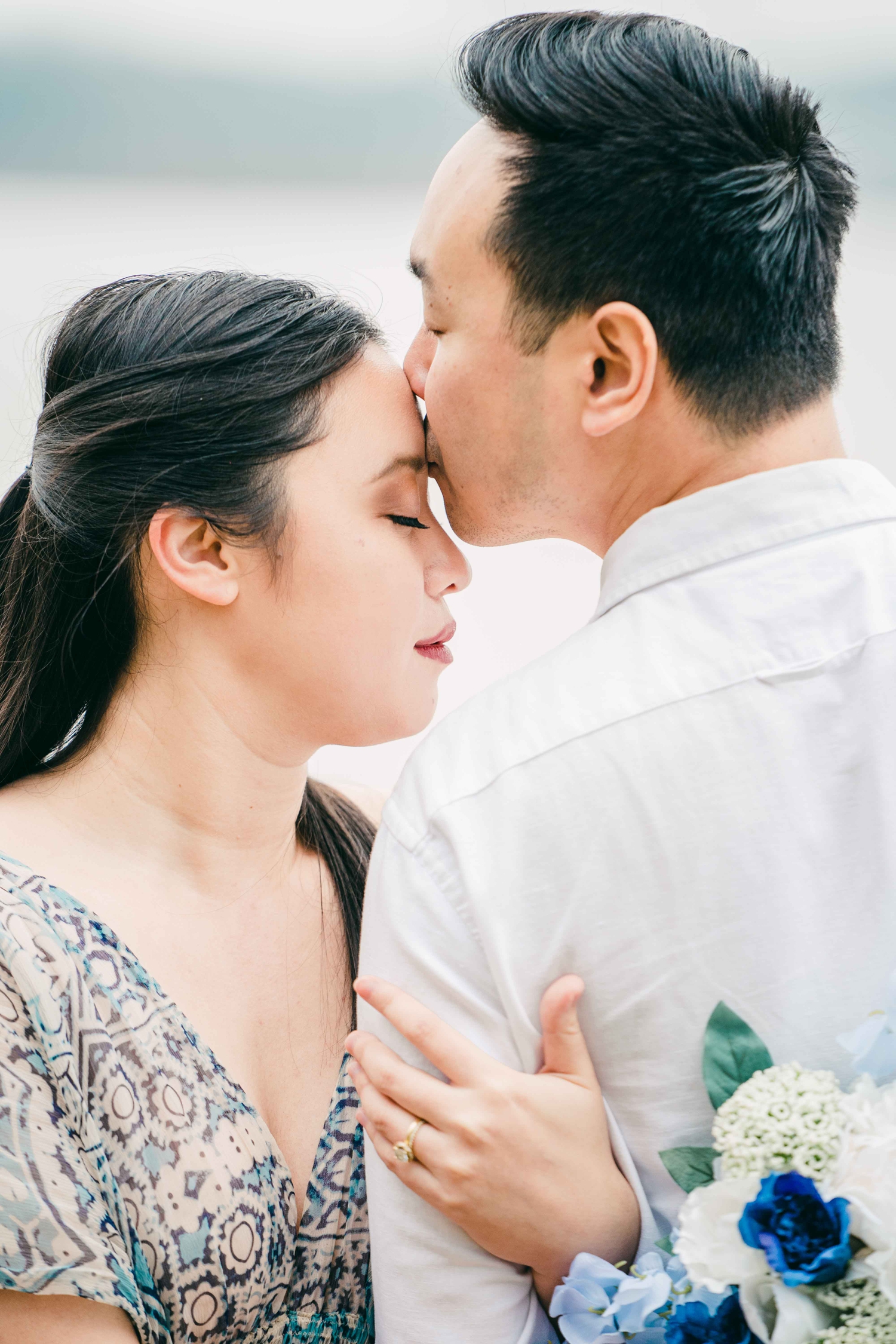 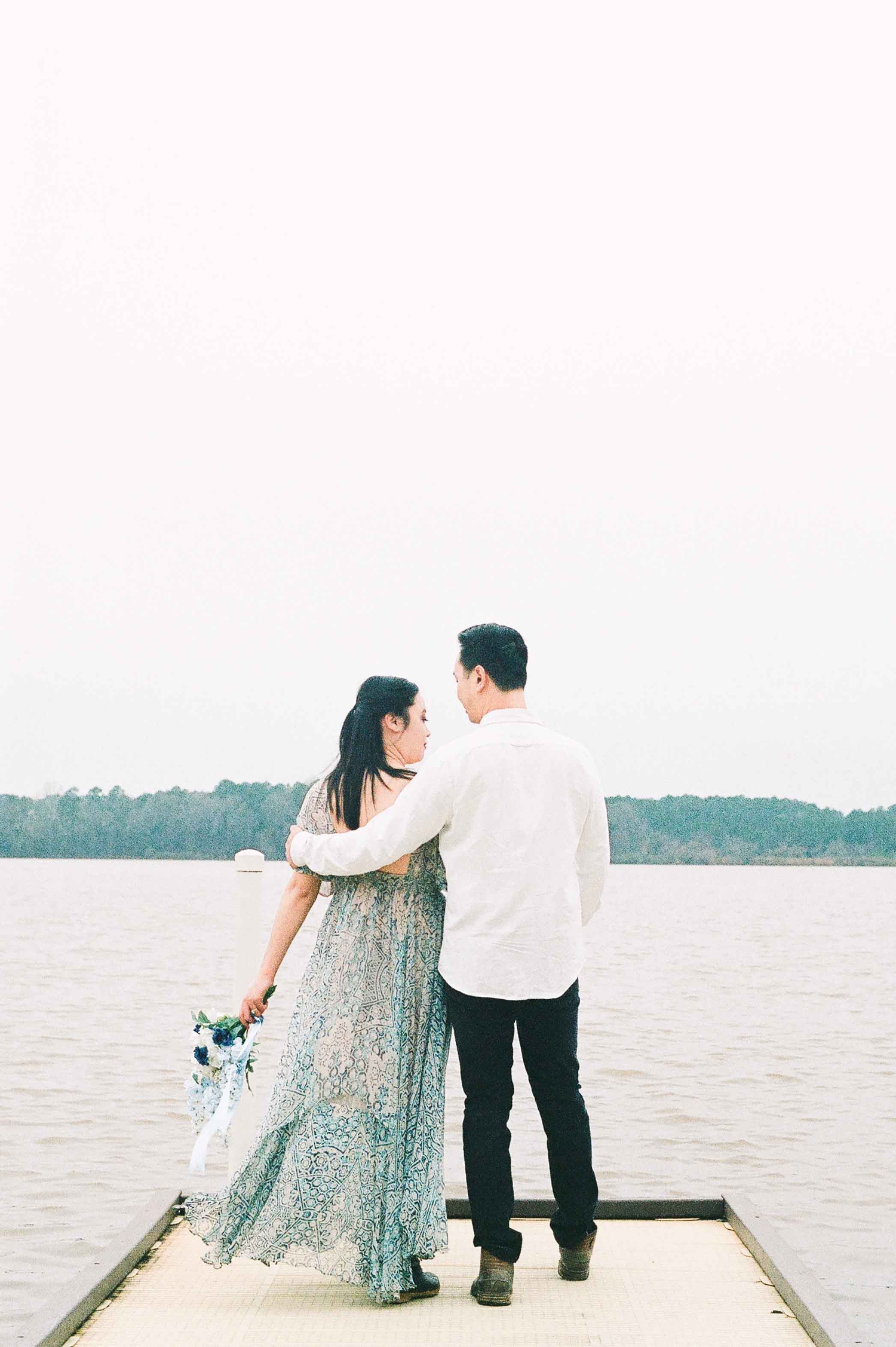 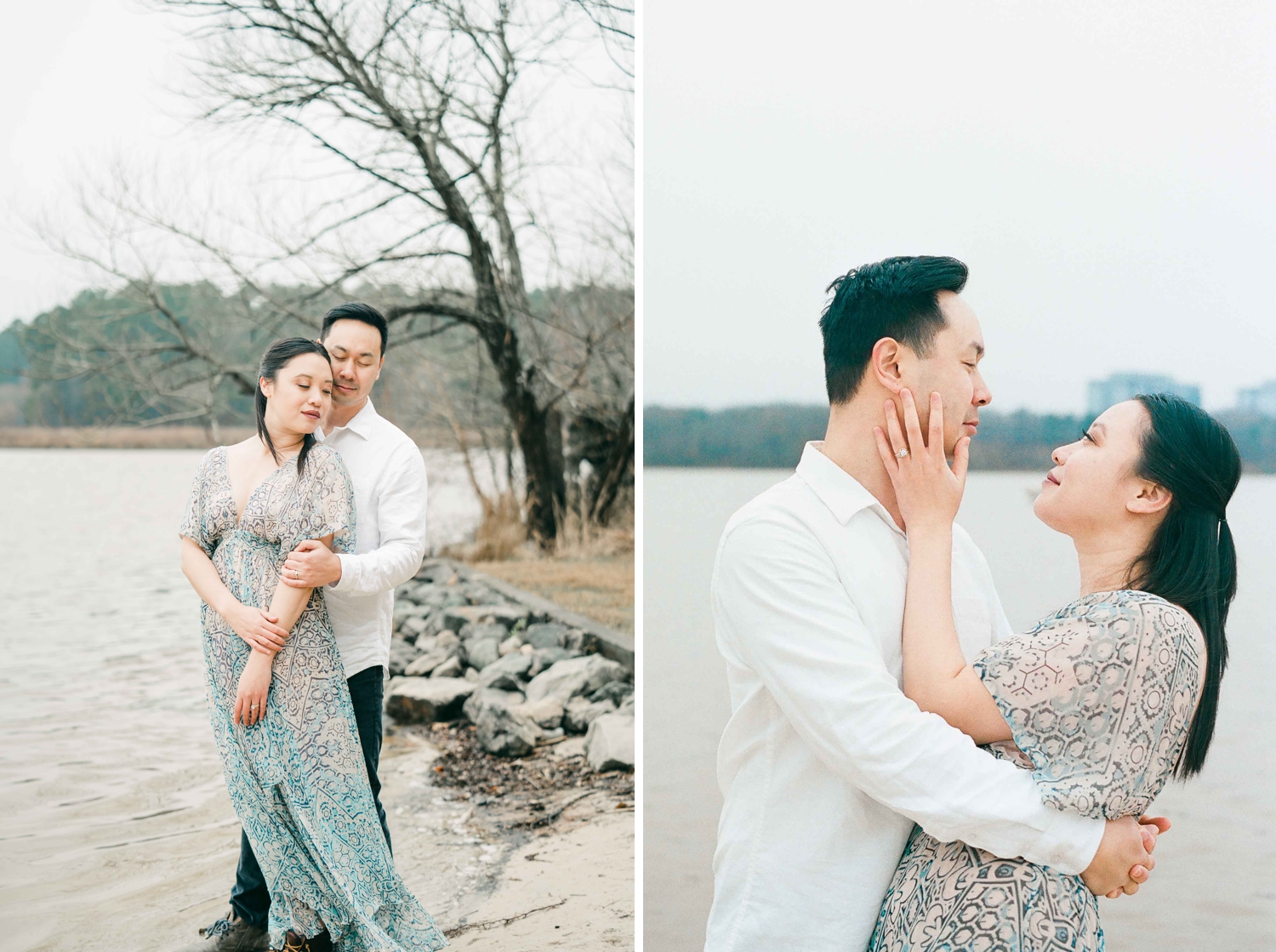 What is your favorite thing about each other?
Jac: I realized pretty early on that although outwardly Andrew is the life of the party at any party, he deeply and genuinely cares for his family and friends. Andrew has so many deep relationships with friends that has lasted over the years, and he talks about each of them so charismatically it is hard not to like them too. Andrew is passionate about knowing people, which shows how big his heart really is.
Andrew: Jac cares so deeply for those close to her. It is a level of investment that is uncommon in today’s world. She will remember the smallest details about how she can help others and then act on it. She is there for others in the most meaningful ways, whether that means helping them process life’s biggest moments, giving strength and courage to face hard decisions, or standing up for those that she feels do not have a voice. 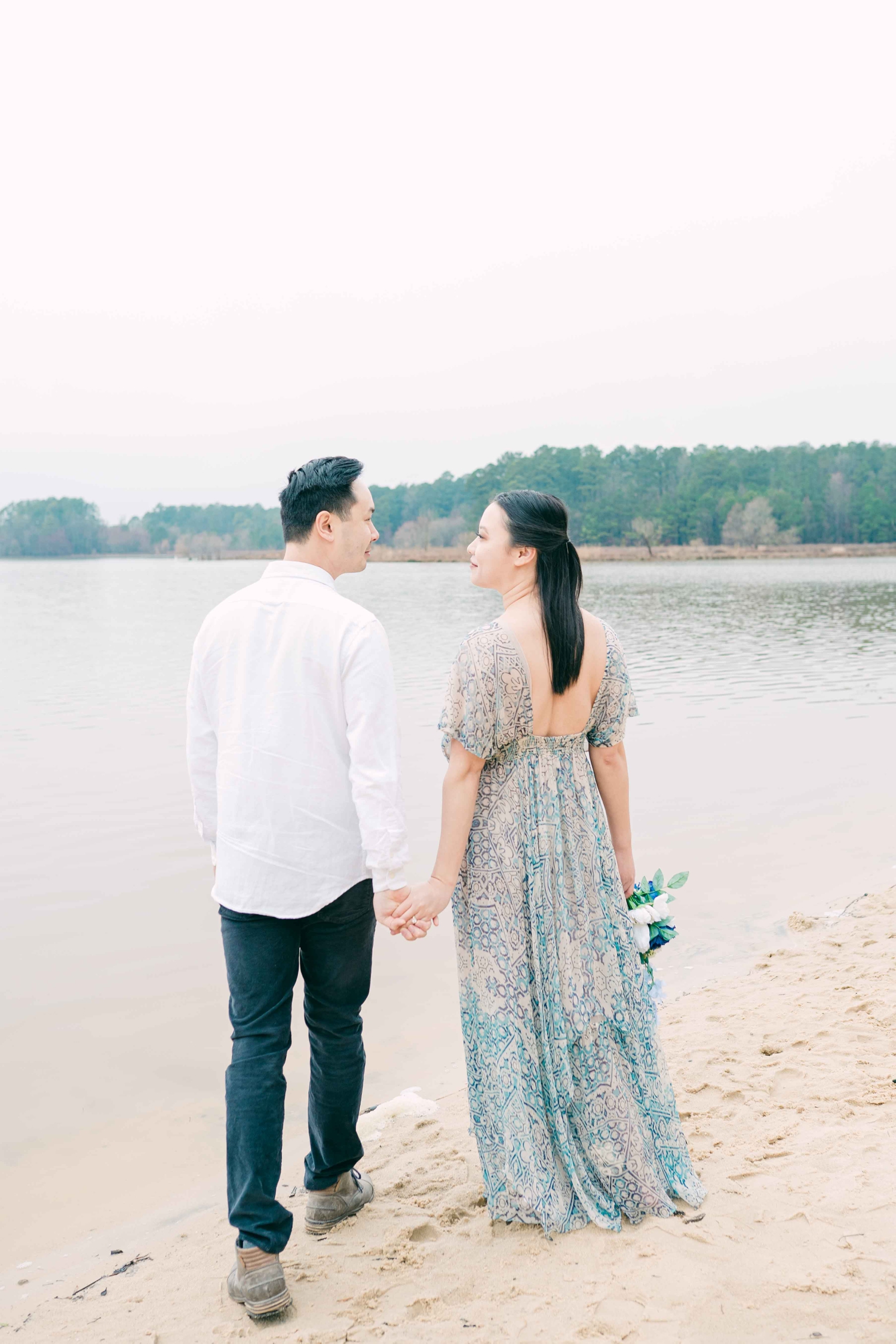 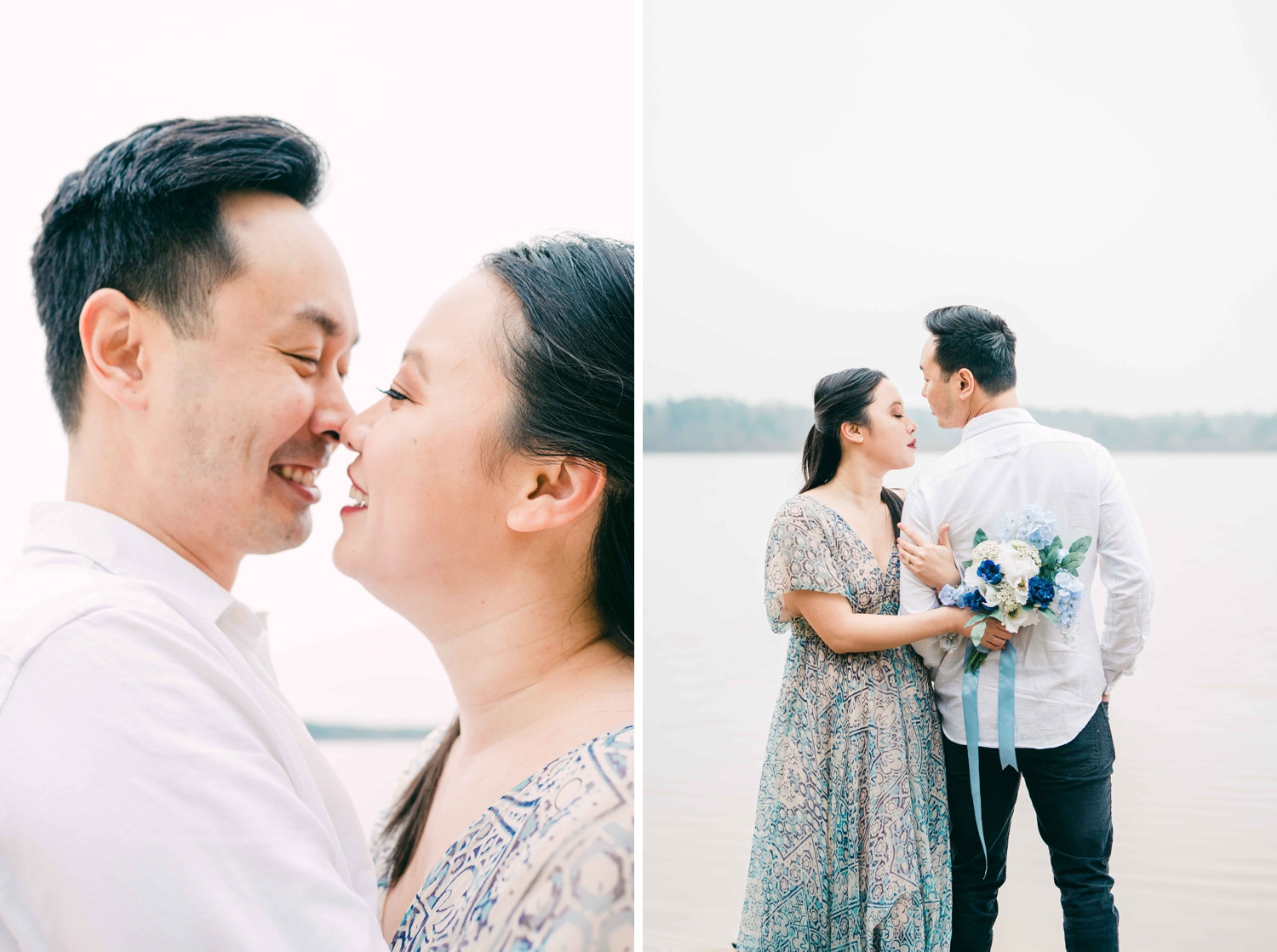 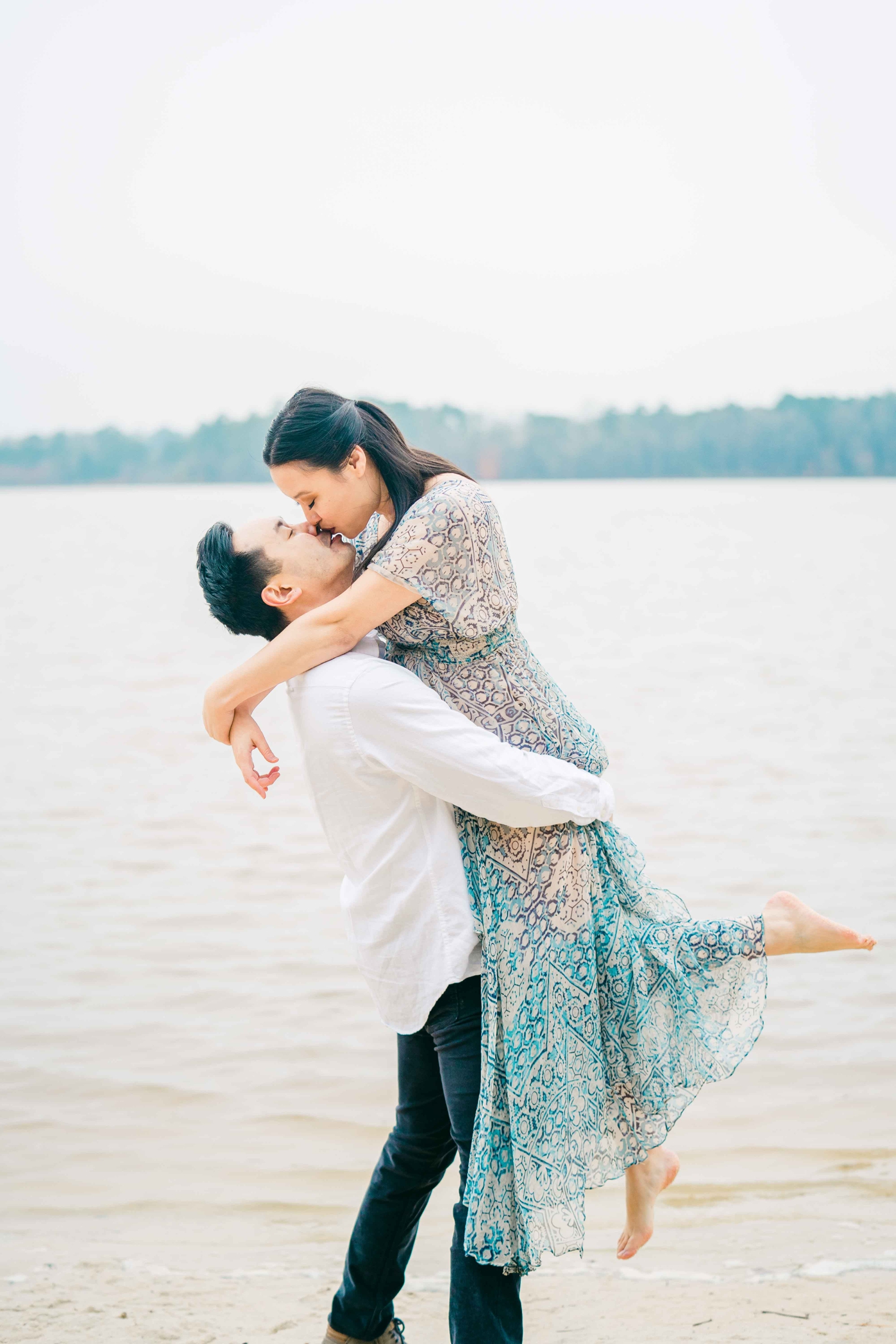 If you had one piece of advice for other couples, what would it be?
Jac: Don’t try to continue the life you had when you were single. Be intentional about creating a new life with your spouse and discovering who you are as a couple.
Andrew: Keep dating and keep appreciating. These are some of the most beautiful things found in young relationships that are often lost later. Dating requires couples to remain intentional and helps them to stay excited about time they spend together. Appreciation helps to frame a relationship with positivity and grace which will go a long way in sharing a life together.